Legal Curiosities: Fact or Fable? This informal document has been produced by the Law Commission 's Statute Law Repeals team to answer some of the queries that they regularly receive about alleged old laws. Most of the curiosities below have no basis in the law as it currently stands, although a few represent the law as it used to be. This list does not purport to be definitive, and readers should not rely on it without conducting their own research. March 2013. Alleged law In force? Comment It is illegal to enter the Houses Yes The 1313 Statute Forbidding Bearing of Parliament wearing a suit of Armour forbids members of of armour. Parliament from wearing armour in the House. It is illegal to die in No The issue of dying in Parliament Parliament.

1 Legal Curiosities: Fact or Fable? This informal document has been produced by the Law Commission’s Statute Law Repeals team to answer some of the queries that they regularly receive about

1 Legal Curiosities: Fact or Fable? This informal document has been produced by the Law Commission 's Statute Law Repeals team to answer some of the queries that they regularly receive about alleged old laws. Most of the curiosities below have no basis in the law as it currently stands, although a few represent the law as it used to be. This list does not purport to be definitive, and readers should not rely on it without conducting their own research. March 2013. Alleged law In force? Comment It is illegal to enter the Houses Yes The 1313 Statute Forbidding Bearing of Parliament wearing a suit of Armour forbids members of of armour. Parliament from wearing armour in the House. It is illegal to die in No The issue of dying in Parliament Parliament.

2 Appears to arise from the idea that anyone who dies in a Royal Palace is eligible for a state funeral. We have not been able to trace any such law, and neither have the House of Commons Under the Coroners Act 1988, the coroner of the Queen's household has jurisdiction over an inquest into a death in a royal palace. However, state funerals are not mandatory. There have been at least four deaths in the grounds of the Palace of Westminster: - Guy Fawkes and Sir Walter Raleigh were both executed in the Old Palace yard (the present buildings being the New Palace, built after the fire of 1834). - Spencer Perceval, the only British Prime Minister to be assassinated, was shot and died in the lobby of the House of Commons in 1812.

3 - Sir Alfred Billson collapsed and died in the House of Commons Aye' lobby in 1907, while casting his vote on a sugar duty Bill. None of these men received a state funeral. Spencer Perceval's was a private funeral at his widow's request. 1. 1. It is illegal to place a stamp of No The Treason Felony Act 1848 makes the Queen upside down on a it an offence to do any act with the letter. intention of deposing the monarch, but it seems unlikely that placing a stamp upside down fulfils this criterion. The Act itself certainly does not refer to stamps. According to the Royal Mail, it is perfectly acceptable to put a stamp It is illegal to stand within 100 No Henry VIII, Mary I and Elizabeth I all yards of the reigning monarch passed sumptuary laws, which without wearing socks.

4 Regulated clothing styles. For example, the 1562 Articles for the Execution of the Statutes of Apparel prohibited anyone from appearing at the royal court wearing shirts with outrageous double ruffs , or hose of monstrous and outrageous greatness . However, such laws were generally repealed by James I. It is illegal for a commoner to No evidence This law is usually attributed to permit his animal to have George I. However, none of the Acts carnal knowledge of a pet of of his reign relate to royal pets the royal household. (although the Criminal Law Act 1722, now repealed, did institute the death penalty for killing deer in the royal forests). We can find no evidence of a statute on royal pets from any other period.

5 It is illegal to harbour a No The two Acts which made this Catholic priest. treasonous were the First Act of Supremacy 1534 and the Treason Act 1534 (under which Thomas More was executed). Both have now been repealed. It is illegal not to carry out at No The Unlawful Games Act 1541. least two hours of longbow required every Englishman between practice a week. the ages of 17 and 60 (with various exemptions) to keep a longbow and regularly practise archery. However, this Act was repealed by the Betting and Gaming Act 1960. It is illegal to crack a boiled No evidence This law is usually attributed to egg at the sharp end. Edward VI. However, the only statute of his reign relating to eggs concerned the theft of eggs from birds' nests, rather than a particular manner of eating them, and it has been repealed.

6 Neither is there evidence of a law on boiled eggs from any other period. 2. 2. It is worth noting that the question of which way an egg should be broken caused the war between Lilliput and Blefuscu in Jonathan Swift's Gulliver's Travels. It is illegal to keep a lunatic No The Madhouses Act 1774 made it an without a licence. offence to keep more than one Lunatick without a licence for a madhouse. It has now been repealed. It is illegal to impersonate a No The Chelsea and Kilmainham Chelsea Pensioner. Hospitals Act 1826 prohibited fraudulent claims to pensions that belonged to Chelsea Pensioners. It was repealed by the Statute Law (Repeals) Act 2008. It is illegal to damage grass. Not quite The Commons Act 1876 made it an offence to interfere with or disturb a town or village green.

7 The offence is aimed at interruptions to the use of the green, rather than damage to the grass itself. However, damage to a lawn may be covered by general laws on criminal damage. It is illegal to be drunk on Yes Under s 12 of the Licensing Act 1872, licensed premises. every person found drunk on any licensed premises, shall be liable to a penalty . It is also an offence under the Metropolitan Police Act 1839 for the keeper of a public house to permit drunkenness or disorderly conduct on the premises. Furthermore, under the Licensing Act 2003, it is an offence to sell alcohol to a person who is drunk, or to obtain alcohol for consumption by a person who is drunk. It is illegal to carry a plank Yes This is an offence under s 54 of the along a pavement.

9 3. - erecting a washing line across the street;. - singing profane or obscene songs or ballads in the street;. and - wilfully and wantonly disturbing people by ringing their doorbells or knocking at their doors. It is illegal to drive cows down Yes The Metropolitan Streets Act 1867. the roadway without the made it an offence to drive cattle permission of the through the streets between 10am Commissioner of Police. and 7pm, except with the permission of the Commissioner of Police. It is illegal to hang a bed out Not quite Under s 28 of the Town Police of a window. Clauses Act 1847, it is an offence to place a heavy object in a window without guarding against its being blown down. However, the offence is aimed at flowerpots and similar items, and does not mention beds.

10 In Three Men on the Bummel, Jerome K. Jerome asserts that hanging a bed out of a window is illegal in Germany, but perfectly acceptable in England as long as it does not obstruct anybody's ancient lights , or fall on somebody's head. It is illegal to be drunk in Yes Under the Licensing Act 1872, it is an charge of a horse. offence to be drunk in charge of a carriage, horse, cow or steam engine, or whilst in possession of a loaded firearm. It is illegal to eat mince pies No The only Christmas Day on which on Christmas Day. eating mince pies was illegal was in 1644, as 25 December that year fell on a legally-mandated day of fasting. Subsequently, the Long Parliament of the Interregnum banned all celebrations of Christmas (An Ordinance for Abolishing of Festivals, 1647). FORM AND ACCESSIBILITY OF THE LAW … The Law Commission (LAW COM.No. 178) - LANDLORD AND TENANT LAW COMPENSATION FOR TENANTS’ IMPROVEMENTS Laid before Parliament by the Lord High Chancellor pursuant to section 3(2) of the Law Commissions Act 1965 Ordered by The House of Commons to be printed 19 April 1989 1 THE LAW COMMISSION Item 2 of the Sixth Programme of Law Reform: Damages AGGRAVATED, EXEMPLARY AND RESTITUTIONARY DAMAGES To the Right Honourable the Lord Irvine of Lairg, Lord High Chancellor of Great Britain 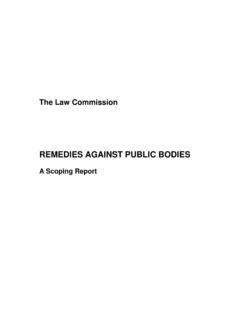 2 PART 1 INTRODUCTION 1.1 This report sets out our plans for a substantive law reform project on the remedies available to the individual against public bodies. We set out our 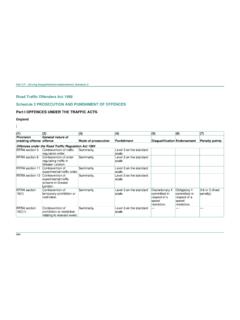 Use of special road contrary to scheme or regulations. Summarily. Level 4 on the standard scale. Discretionary if committed in respect of a motor vehicle the hundreds of misfeasance claims that are actually filed, very few make it to trial.4 Most are filtered out for inadequate pleading of bad faith, or because an allegation of CONTRIBUTORY NEGLIGENCE AS A DEFENCE IN …

THE LAW COMMISSION CONTRIBUTORY NEGLIGENCE AS A DEFENCE IN CONTRACT CONTENTS PART I: INTRODUCTION Background The consultation The structure of this report 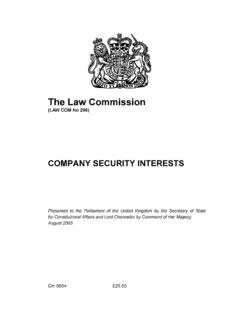 Commission, The law, The law commission

1 RCNY §15-10 . CHAPTER 15 FIRE PROTECTION §15-10 Fire-Escapes, Fire Stairs and Fire Towers. (a) Intent. These rules have been approved by the Department to s upplement the provisions of §53 of the Multiple Dwelling Law

WHITE PAPER Understanding Generation Y What You Need to Know About the Millennials www.PrincetonOne.com In collaboration with Buddy Hobart, Solutions 21