Lesions and Common Conditions Affecting the …

2 It lies partly in the mouth and partly in the pharynx. Problems with the tongue include: Pain Swelling Changes in colour or texture Abnormal movement or difficulty moving the tongue Taste problems There are a variety of causes for a number of Common tongue symptoms, and treatment depends on the underlying problem. The majority of tongue problems are not serious and most can be resolved quickly, however thorough examination of the tongue is important and involves a thorough history, including onset and duration, symptoms and tobacco and alcohol use. tongue Lesions of unclear aetiology may require biopsy or This article will describe the anatomy of the tongue and some of the Common tongue disorders that may present at clinical examination. Anatomy of the tongue The top of the tongue - the dorsum, has a V-shaped line known as the sulcus terminalis that divides the tongue into the anterior and posterior surfaces.

4 They are: Cicumvallate Papillae- Large papilla (1-2mm) situated in a row immediately anterior to the sulcus terminalis. Each papilla is attached within a circular depression or moat. Both the walls of the moat and the lateral walls of the papillae contain taste buds. Fungiform Papillae- More numerous than the circumvallate papillae. They are found singly over the tip and lateral margins of the tongue . They are of a globular shape and are bright red in colour due to their highly vascular core. Taste buds may be seen in their walls. Filliform Papilla- These are tapering threadlike papillae. They cover the whole two thirds of the tongue and are responsible for the velvety appearance. They do not contain taste buds. Foliate Papilla- These are vestigial folds' or grooves' on the lateral borders of the tongue which are representative of earlier evolutionary features.

5 The Pharyngeal part of the tongue is devoid of papillae but exhibits a number of elevations due to the presence of underlying lymph nodes. This collection of lymphatic tissue is known as the pharyngeal tonsil or lingual tonsil. The underside of the tongue - the ventral surface, is covered in a glossy membrane, which is less tightly bound down to the underlying muscle. The lingual fraenum runs from the midline of the ventral surface to the floor of the mouth. At the base of the fraenum, Wharton's salivary ducts open on small papilla, one each side of the fraenum. From the papillae a fold of mucous membrane runs backwards and laterally on each side. This is known as the sublingual fold, or fimbriated fold. On this fold can be seen the numerous salivary ducts of Rivini.

6 On either side of the midline of the ventral surface the lingual veins are quite prominent. Physiology of Taste Taste is a chemical sensation, and therefore substances must be dissolved in solution before they can be tasted. Different parts of the tongue are responsible for perceiving different tastes. Sweet/salty - Tip of tongue Sour - Sides of tongue Bitter - Back of tongue The perceived taste is also strongly associated with the sense of smell which is why it is so difficult to taste things if you have a cold. Conditions Affecting the tongue Geographic tongue Fig 1 and 2. Geographic tongue 2,3. Geographic tongue ( and 2) is also known as benign migratory glossitis or erythema migrans and is the most Common tongue condition, Affecting at least 1-2%.

7 Of It is a benign condition that typically affects the dorsum of the tongue , although it can occasionally affect the ventral surface. The dorsum of the tongue develops areas of papillary atrophy, leaving erythematous (red) and smooth areas. The Lesions typically occur in multiple locations on the tongue and coalesce over time to form the typical map like appearance. The Lesions usually change in shape, size and migrate to other areas. The cause of Geographic tongue is unknown. Some research has linked it to psoriasis, but more research is needed to better understand the In addition, other factors including emotional stress, vitamin deficiency, allergy, genetic factors, immune disorders, bacterial or fungal infection and systemic diseases are known to play a causative Geographic tongue is usually symptomless but the smooth areas may be sensitive to spicy ,4 There usually no treatment for Geographic tongue but advice can be given to take note of which foods cause soreness so that the patient can avoid them.

8 Some patients may be sensitive to certain toothpaste. Switching to a toothpaste that does not contain Sodium Lauryl Sulfate may help. Topical steroids, retinoic acid, cyclosporine, antihistamine, tacrolimus and immune system regulators have been used in proposed treatment plans, yet they are neither specific nor curative. 6. Fissured tongue Fissured tongue Fissured tongue ( ) is the second most Common tongue condition and is characterised by a deepening of normal tongue fissures. There may be one of more fissures of varying sizes and depths. Malodour and discoloration may occur with inflammation or trapping of Fissured tongue may be evident at birth or develop in childhood, however it also increases with age. The following medical Conditions are also linked to fissured tongue : Sjogren's syndrome - A long-term autoimmune disease in which the moisture- producing glands of the body are affected Down's Syndrome - Also called Trisomy 21, is a genetic condition that can cause a variety of physical and mental impairments Geographic tongue Melkersson-Rosenthal syndrome - A neurological condition characterised by a fissured tongue , swelling of the face and upper lip, and Bell's palsy Malnutrition Since fissured tongue is often seen in families, the condition may also be genetic.

9 Usually no treatment is required but the tongue should be gently brushed. Median Rhomboid Glossitis Median rhomboid glossitis Median rhomboid glossitis is characterised by a smooth, shiny, erythematous, sharply circumscribed, asymptomatic, plaque like lesion on the dorsal midline of the tongue , immediately in front of the circumvallate papillae. 1 It affects approximately 1% of the population and men between the ages of 30-50 years of age are most commonly Most of the time, the condition is asymptomatic, but burning and itching is possible. The condition is commonly associated with a candidial infection and can be treated with anti fungals. Predisposing factors include smoking, denture wearing, diabetes, use of corticosteroid sprays or inhalers and Human Immunodeficiency Virus (HIV).

10 1. Atrophic Glossitis Fig. 5 Atrophic glossitis Atrophic glossitis ( ) is also known as smooth tongue because of the smooth, glossy appearance with a red or pink background. It occurs by atrophy of the filiform and fungiform papillae and it warrants thorough diagnostic evaluation since it is primarily a manifestation of underlying Nutritional deficiencies of thiamin (vitamin B1), vitamin B6, Vitamin B12, riboflavin, iron, folic acid and niacin are Common Treatment involves treating the nutritional deficiency or underlying condition. Red tongue Fig. 6 Red tongue 9. There are some obvious causes of red tongue , such as eating certain foods. Some acidic foods can also cause temporary redness and discomfort. However, red tongue such as that pictured above, can be a sign of an underlying medical Red tongue ( ) could be related to: Vitamin deficiency Kawasaki disease- A rare condition that mainly affects children under the age of five.

Step by step guidance on producing your Personal ...

Development, Your, Plan, Personal, Producing, Your personal, On producing your personal development plan

• The attitude of the treating dental professional or another member of the dental team. • Time-keeping for surgery appointments. • The standard of treatment provided. 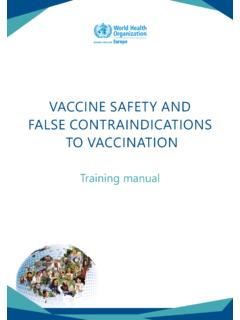 Acknowledgements The authors of the training manual are listed below. They received guidance from WHO Regional Office for Europe. Professor Federico Martinón-Torres, the Head of Translational Paediatrics and Infectious Diseases 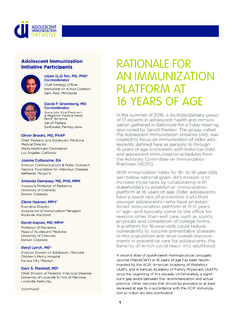 RATIONALE FOR AN IMMUNIZATION PLATFORM AT 16 YEARS OF AGE In the summer of 2016, a multidisciplinary group of 17 experts in adolescent health and immuni-