Journal of Business Studies Quarterly 2011, Vol. 2, No. 4, pp.40-52 41 himself assigned to a three-year assignment as the director of Kline & Associates’ Tokyo office.

2 The article offers an important case study for exploration of factors that impact effective international assignments. The article shines the light on the need for training that incorporates cultural awareness and effective business practices. The intended contribution of this article is to summarize the case and outline the international human resources practices of the firm and how they can proactively improve things for future expatriates. It examines the problem the Expatriate and his family are facing and provides suggested alternatives and an implementation plan as to how the issue can be resolved. Key words: Expatriates, international assignments, Japan Expatriate family, cross-cultural training. The Fred Bailey1 Case of Going to Japan!

3 With offices in nine countries worldwide, Kline & Associates is a rather large multinational consulting firm. With the opening of a new location in Tokyo, Fred Bailey found 1. This case is based on the following article: Black, J. S. (1996). Fred bailey: An innocent abroad. In Mendenhall, Oddou, & G. K. Stahl (Eds.), Readings and cases in international human resource management. (4th ed., pp. 163-170). New York, NY: Routledge Taylor &. Francis Group. 40. Journal of Business Studies Quarterly 2011, Vol. 2, No. 4, himself assigned to a three-year assignment as the director of Kline & Associates' Tokyo office. It was just six months ago when Fred arrived in Japan with his wife and two children excited about the assignment.

4 Now he is confused as to how things turned around so abruptly. He is debating whether he should return home or persuade his wife to stay and finish out the assignment (Black, 1996, p. 163). Of course, research demonstrates that expatriates who are returning home tend to face an uncertain future and stressful challenges (Alvarado, Antoine, Cinquetti, Fernandez, Najair, Scagliotti, and Mujtaba, 2010). As such, repatriation training and program can help in this transition. Before arriving in Tokyo seven months ago, Fred Bailey had just successfully finished a major project with his team when he went to lunch with the managing partner, Dave Steiner, of the main office in Boston. The meeting was about a huge promotion and career move that would take Fred's career with Kline to the next level if completed successfully; he would become a partner in the firm.

5 Half a year into his assignment, Fred knew he could not go back on the offer as it would be the death of his career with Kline. However, his wife, Jenny, made it clear that she hated being in Japan. She strongly believed that Fred and the company had oversold the country and how well they would be taken care of, and didn't like the fact that Fred was never home due to 80+ hour work weeks. After just six months, Jenny had given Fred an ultimatum: either they return home together or she would go home alone. This was a tough decision as Fred had to decide what was more important, his family or his career (Black, pp. 163-164). Fred and Jenny started dating only a week after they met during their senior year in college and eventually got married.

6 Jenny was born into a well to do family in Connecticut and majored in fashion merchandising as she had an interest and talent for fashion. Fred, the oldest of six children, came from a not so wealthy family and was the first to go to college. Although they struggled financially to put him through school, Fred was determined to take advantage of his opportunity and make his parents proud. Before and after the couple got married, they expressed their feelings about careers and family. Fred's goals were to get his masters of business administration degree after a few years of work. Jenny wanted to be a buyer for a major store and have her own shop. They both wanted children and thought it would be best to start a family once Fred graduated from college.

7 Everything was going as planned until Fred got the offer to go to Japan (Black, p. 164). The Offer Upon his completion at Harvard, Fred joined Kline and was put on the San Francisco team. After four years of successful projects at Kline, the managing partner at Kline, Dave Steiner, offered him a big promotion that came with a career opportunity to be partner if he triumphs in a three-year overseas assignment as director of the new Tokyo office. That office had a strategic importance for the company because it served major US clients' operations in Japan. George Woodward, the previous assignee only lasted a year and then was transferred to the UK. office because of his mixed reputation. Since he left the position suddenly, Fred was rushed to accept the assignment, convince his wife, and be ready to move in a matter of three weeks (Black, p.)

8 165). When Fred went home to reveal the wonderful news to his wife, he was shocked at her less than excited response. Jenny thought the move to Japan would be difficult on the kids as they would have to live and go to school in a foreign country. In addition, she was not enthusiastic about not be able to open her own clothing store as planned. However, Fred assured 41. Journal of Business Studies Quarterly 2011, Vol. 2, No. 4, her that the offer was too good to turn down and the company's overseas package would make the living conditions in Japan great. The company offered to pay all expenses such as travel, relocation, housing, children schooling, private transportation with driver, and a cost of living adjustment, and compensation that would double Fred's annual income.

9 At the end, Fred spent only two days to consider and told Mr. Steiner that he would accept the assignment. This was a big decision for Fred and his family (Black, p. 165). Preparing for the Move With the whole process of making the transition from Boston to Japan and getting someone situated to take over Fred's current position, Fred and the family had little time to really research and learn much about Japan. Due to the fact that much of the logistics was being handled by Kline internally, some of Bailey's things were misplaced in wrong locations and to make matters worse, they were offered a small living arrangement that could not hold or fit many of their belongings (Black, p. 166). Once in Tokyo, after a few days of just settling in, Fred was back to work at the new Tokyo office.

10 His first line of business was to conduct a general meeting with all his employees. During the meeting, all the Japanese staff sat together and all the American staff sat together, but this was not recognized by Fred. He just introduced himself and presented his business plan and asked a group of Americans their opinion about it and he got a mixture of opinions. On the other hand, Fred could not get much of a response from the Japanese group and they just made sucking sounds when he asked for specific information. Surprised at the reaction he got and aware that he was not getting far with the meeting, Fred thanked everyone for coming and closed out the meeting. At home, his wife had her own problems of not being able to buy certain goods without paying four times the amount back home and not having anyone to talk to since Fred worked long hours. 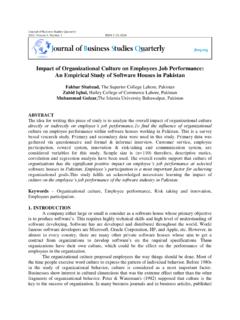 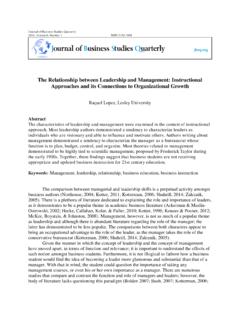 The Relationship between Leadership and Management ...

The characteristics of leadership and management were examined in the context of instructional approach. Most leadership authors demonstrated a tendency to characterize leaders as 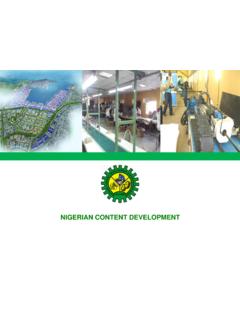 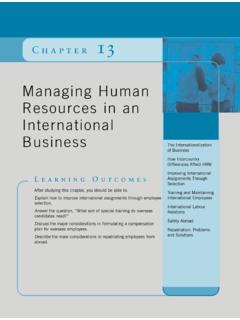 That is just the tip of the iceberg. Cross-cultural, technical, and language training programs will probably be required. The complex and differentiated 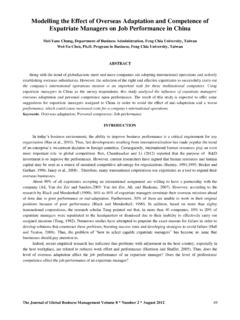 Modelling the Effect of Overseas Adaptation and … 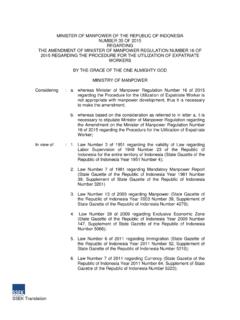 MINISTER OF MANPOWER OF THE REPUBLIC OF …

Article I . Several provisions on Minister of Manpower Regulation Number 16 of 2015 regarding the Procedure for the Utilization of Expatriate … 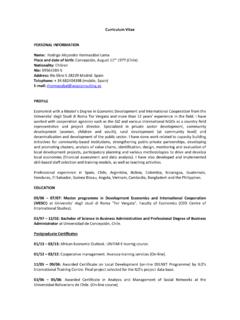 PRESIDENT OF REPUBLIC OF INDONESIA ACT … 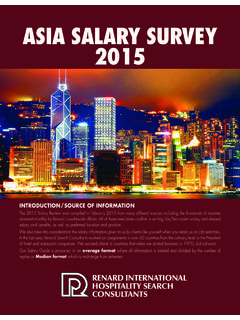