2 Copyright OECD/IEA, 2006. Applications for permission to reproduce or translate all or part of this material should be addressed to: Head of Publications Service, OECD/IEA. 2 rue Andr Pascal, 75775 Paris Cedex 16, France or 9 rue de la F d ration, 75739 Paris Cedex 15, France. 2. COM/ENV/EPOC/IEA/SLT(2006)1. FOREWORD. This document was prepared by the OECD and IEA Secretariats in March-May 2006 in response to the Annex I Expert Group on the United Nations Framework Convention on Climate Change (UNFCCC). The Annex I Expert Group oversees development of analytical papers for the purpose of providing useful and timely input to the climate change negotiations. These papers may also be useful to national policy-makers and other decision-makers. In a collaborative effort, authors work with the Annex I Expert Group to develop these papers.

3 However, the papers do not necessarily represent the views of the OECD or the IEA, nor are they intended to prejudge the views of countries participating in the Annex I Expert Group. Rather, they are Secretariat information papers intended to inform Member countries, as well as the UNFCCC audience. The Annex I Parties or countries referred to in this document are those listed in Annex I of the UNFCCC. (as amended at the 3rd Conference of the Parties in December 1997): Australia, Austria, Belarus, Belgium, Bulgaria, Canada, Croatia, Czech Republic, Denmark, the European Community, Estonia, Finland, France, Germany, Greece, Hungary, Iceland, Ireland, Italy, Japan, Latvia, Liechtenstein, Lithuania, Luxembourg, Monaco, Netherlands, New Zealand, Norway, Poland, Portugal, Romania, Russian Federation, Slovakia, Slovenia, Spain, Sweden, Switzerland, Turkey, Ukraine, United Kingdom of Great Britain and Northern Ireland, and United States of America.

4 Korea and Mexico, as OECD member countries, also participate in the Annex I Expert Group. Where this document refers to countries or governments , it is also intended to include regional economic organisations , if appropriate. ACKNOWLEDGEMENTS. This paper was prepared by Ellina Levina and Dennis Tirpak (OECD). The authors would like to thank Fabian Scharf for his assistance in collecting the definitions. The authors are also grateful to Tom Jones and Shardul Agrawala (OECD), Roberto Acosta and Olga Pilifosova (UNFCCC), and Richard Klein (Potsdam Institute for Climate Impact Research), as well as to Annex I Expert Group delegates, particularly those from Canada, for their comments on the earlier draft of the paper. Questions and comments should be sent to: Ellina Levina OECD Environment Directorate (ENV/GSP). 2, rue Andr -Pascal 75775 Paris Cedex 16.

6 19. Climate 19. Climate 20. Impact 20. Integrated Assessment .. 20. Maladaptation .. 20. National adaptation programme of action (NAPA) .. 20. 21. Risk .. 21. Risk 21. Robustness .. 21. Stimuli (climate-related) .. 21. Strategy .. 21. 4. CONCLUSIONS .. 22. REFERENCES .. 23. 4. COM/ENV/EPOC/IEA/SLT(2006)1. Executive Summary Adaptation has become an important issue in international and domestic discussions on climate change. Numerous TERMS and concepts have come into common usage as a result of IPCC reports, discussions in the context of the UNFCCC and dialogs by the climate community at large. This paper examines the key adaptation TERMS and concepts used by the climate change community and other institutions. Conflicts and contradictions are noted with the aim of sensitizing different bodies to the differences, but particularly the Parties to the Convention and experts participating in the IPCC.

7 Given the need to promote a common understanding among various stakeholders and the potential financial implications of various definitions, it appears important for the IPCC and the UNFCCC to work toward common definitions, at least for a core set of TERMS and concepts. 1. Introduction At its meeting on 23 March 2005, the Annex I Expert Group requested the Secretariat to prepare a paper on key adaptation concepts and TERMS that have entered the UNFCCC lexicon such as adaptation', vulnerability', adverse effect', adaptive capacity', and others. The aim of the task is to collect various definitions (found in literature) of the same TERMS and to clarify these key adaptation concepts and policy issues that are widely used within the UNFCCC context and negotiations. In the last several years, the issue of adaptation to climate change has moved high on the UNFCCC.

9 There are also numerous events outside the official UNFCCC process that stimulate informal discussions and development of analytical papers aimed at advancing the understanding on adaptation. As these various processes move forward, an important step will be the development of a common understanding of the TERMS and concepts that are widely used to define the scope of work and funding expectations. Adaptation itself and many related TERMS are not defined in either the UNFCCC or the Kyoto Protocol. Many key adaptation TERMS and concepts are defined by the IPCC in its Third Assessment Report (TAR). and earlier reports1. Various other scientific/policy communities use slightly different definitions or freely use TERMS that have meaning in a common usage, such as, for example, vulnerability, resilience, adaptability but may take on greater significance in a negotiation setting.

10 In addition, UN bodies and national climate programmes have their own definitions of the same TERMS . It was observed that interpretation of some of key adaptation TERMS by scientific groups or policy makers can be quite different, which may lead to varied or false expectations and responses. There is a body of literature that has been created in the last 5-10 years that is devoted to the discussion of vulnerability and adaptation to climate change. As in other fields, scholars and policy makers have invented and used TERMS to explain their ideas and positions. However, the issue of adaptation is much less mature than mitigation and hence it has not been the subject for rigorous policy analysis, particularly 1. The use of the reference IPCC TAR implies Climate Change 2001 Impacts, Adaptation, and Vulnerability. IPCC. Third Assessment Report, Cambridge University Press. 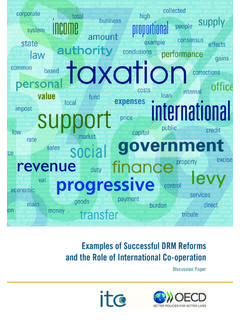 Examples of Successful DRM Reforms and the Role …

This Guide is. . . The material in this module is intended to help facilitate training in monitoring and evaluation in the results framework. The materials include exercises, session notes and agendas for conducting training

Quantitative and qualitative methods in impact …

Unit 10: Monitoring and Evaluation - Food and … 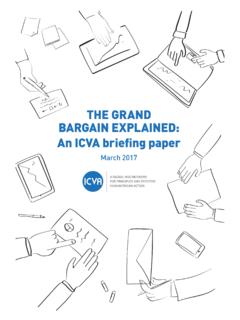 THE GRAND BARGAIN EXPLAINED: An ICVA …