LIST OF FIELD DEFINITIONS – NATIONAL INVENTORY OF DAMS The 71 NID field definitions are as follows. The expression included within parenthesis is used

2 This is a required FIELD , and must have an entry for each dam included in the NID. This FIELD is used as the unique identifier for each dam record. The first two characters of the identity are the state two-letter abbreviation, based on the location of the dam. Typically, the last five characters of the identity are a unique number (AB#####); although States are allowed to use alphanumeric combinations in these last five characters. For saddle dams or dikes, the NID ID is the same as the main dam. See saddle dam definition in Number Separate Structures FIELD (listed below). (6) Number Separate Structures (Number). Number of separate structures associated with this dam project. Include saddle dams (or dikes) as defined in FEMA 148: Federal Guidelines for Dam Safety, Glossary of Terms, as a subsidiary dam of any type constructed across a saddle or low point on the perimeter of a reservoir. Not included in the number of appurtenant works which include, but are not limited to, such structures as spillways, either in the dam or separate there from; the reservoir and its rim; low level outlet works; and water conduits such as tunnels, pipelines or penstocks, either through the dam or its abutments (FEMA Model State Dam Safety Program Glossary of Terms).

3 (7) Other Structure ID (Alphanumeric). The identification number (S001, S002, etc.) for the saddle dam or dike associated with the larger dam project. This FIELD only applies to saddle dams or dikes. This FIELD is blank for all other dams . (8) Longitude (Number). Longitude at dam centerline as a single value in decimal degrees, NAD83. (9) Latitude (Number). Latitude at dam centerline as a single value in decimal degrees, NAD83. (10) Section, Township, Range Location (Alphanumeric). Optional FIELD . The information is in any form that is understandable and that clearly designates the individual values, S21, 73N, R69W. If the prime meridian location is needed to locate the dam within the state, include it in the FIELD , S21, T3N, R68W of 6PM. (Sixth Prime Meridian). (11) County (Alphanumeric). The name of the county in which the dam is located. (12) River or Stream (Alphanumeric). The River or Stream designation may be entered in one of two ways.

5 (14) Distance to Nearest City/Town (Miles, Number). Distance from the dam to the nearest affected downstream city/town/village (listed in the previous FIELD ), to the nearest mile (and tenth if appropriate). (15) Owner Name (Alphanumeric). Name(s) of the dam owner. If multiple owners, different owners are separated by a semi- colon. (16) Owner Type (Alphanumeric). Code to indicate the type of owner: F for Federal;. S for State;. L for Local Government (defined as have taxing authority or is supported by taxes);. U for Public Utility;. P for Private X for Not Listed. Codes are concatenated if the dam is owned by more than one type. For example, if the dam is owned by a lake association and a public utility, the owner type would be listed as PU. For multiple owners under the same type, one code is used. For example, if multiple individuals own one dam, it will list P for private dam ownership. Some examples of owner types. Local Government should have taxing authority or is supported by taxes.

6 A Lake District is supported by taxes and considered Local Government. A lake association is supported by association dues and would not be a Local Government owner type but rather Private owner type. (17) Dam Designer (Alphanumeric). Name of the principal firm(s) or agency accomplishing design of dam and major appurtenant operating features, and major modifications. Original designer is listed first, then modification designers (if applicable). The names are separated using a semi-colon. If an Architect-Engineer Firm designed the dam under a state or federal government contract, the state or federal agency name is listed first; then the company name second separated by a semi-colon. (18) Non-Federal Dam On Federal Property (Alphanumeric). Code indicating whether this dam is a non-federal dam located on federal property: Y for Yes;. N for No. (19) Dam Type (Alphanumeric). Codes, in order of importance, to indicate the type of dam: RE for Earth.

7 ER for Rockfill;. PG for Gravity;. CB for Buttress;. VA for Arch;. MV for Multi-Arch;. RC for Roller-Compacted Concrete;. CN for Concrete;. MS for Masonry;. ST for Stone;. TC for Timber Crib;. OT for Other. Codes are concatenated if the dam is a combination of several types. For example, the entry CNCB would indicate a concrete buttress dam type. (20) Core (Alphanumeric). Code to indicate the position, type of watertight member and certainty, Position: F for upstream facing;. H for homogeneous dam;. I for core;. X for unlisted/unknown;. Type: A for bituminous concrete;. C for concrete;. E for earth;. M for metal;. P for plastic;. X for unlisted/unknown;. Certainty: K for known;. Z for estimated;. (21) Foundation (Alphanumeric). Code for the material upon which dam is founded, and certainty: Foundation: R for rock;. RS for rock and soil;. S for soil;. U for unlisted/unknown. Certainty: K for known;. Z for estimated. (22) Purposes (Alphanumeric).

8 Code(s) to indicate the current purpose(s) for which the reservoir is used: I for Irrigation;. H for Hydroelectric;. C for Flood Control and Storm Water Management;. N for Navigation;. S for Water Supply;. R for Recreation;. P for Fire Protection, Stock, Or Small Farm Pond;. F for Fish and Wildlife Pond;. D for Debris Control;. T for Tailings;. G for Grade Stabilization;. O for Other. The order should indicate the relative decreasing importance of the purpose. Codes are concatenated if the dam has multiple current purposes. For example, SCR would indicate the primary purposes, Water Supply, followed by Flood Control and Storm Water Management, and then Recreation. (23) Year Completed (Number). Year (four digits) when the original main dam structure was completed. If unknown, and reasonable estimate is unavailable, 0000 is used. (24) Year Modified (Alphanumeric). Year (four digits) when major modifications or rehabilitation of dam or major control structures were completed.

9 Major modifications are defined as a structural, foundation, or mechanical construction activity which significantly restores the project to original condition; changes the project's operation; capacity or structural characteristics ( spillway or seismic modification); or increases the longevity, stability, or safety of the dam and appurtenant structures. Entries should be followed by one of more of the following codes indicating type of modification: S for structural;. F for foundation;. M for mechanical;. E for seismic;. H for hydraulic;. O for other. Up to ten modifications can be entered, separated by semicolons. (25) Dam Length (Feet, Number). Length of the dam, in feet, which is defined as the length along the top of the dam. This also includes the spillway, powerplant, navigation lock, fish pass, etc., where these form part of the length of the dam. If detached from the dam, these structures should not be included. (26) Dam Height (Feet, Number). 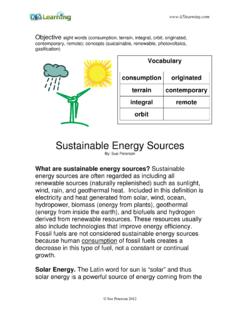 2. According to the text, solar energy is used for all of these reasons except _____. a. heat for homes b. space heating in buildings c. drying of farm products 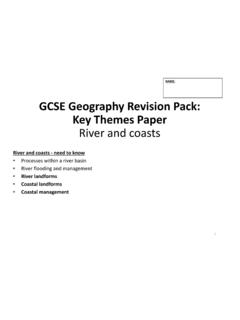 These processes erode material at the coast and in a river. Hydraulic action The force of the water breaks rock particles away from the river channel/cliff. 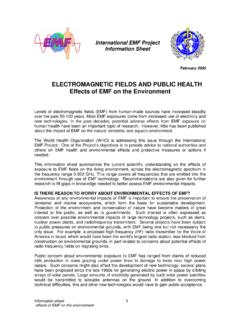