2 Bill was previously a Sr. Cargo Claims Adjuster and Surveyor (Marine Supervisor). Manager with Crawford Global Technical Services. Prior to that, he was employed as Email: Insurance and Claims Manager for Arcelor International America. He Office: (212) 613-4318 attended St. Johns University and SUNY Maritime College at Ft. Schuyler where he majored in Marine Transportation. Bill Ross Assistant Vice President, Bill Ross has been with Navigators since 1983. Prior thereto, Mr. Ross was an West Coast auto/casualty claims adjuster at Maryland Casualty from 1981 to 1983. He has Email: 32 years of experience in the Marine industry, handling Marine Liability, Office: (415) 217-8554 Primary Protect & Indemnity, Terminal Operators, Blue Water Hull, Ocean Marine Cargo, Craft, and Pilot's License Defense, and has served in various positions at Navigators, Maryland Casualty, and St.

3 Paul Fire and Marine. He is a graduate of University of California, Chico ( , Economics) and is a member of the Association of Marine Underwriters of San Francisco. Claims Handlers Julie Bowen Email: Office: (713) 985-5171. Julie Bowen Inza has been at Navigators since September 1997. Before Navigators, Julie was a claims adjuster handling asbestosis claims for Worldwide Services, a division of Aon. She has 16 years experience handling Marine Liability, Excess Liability and Energy claims. She has also been an adjuster handling Worker's Compensation claims in California from 1993- 1995 before moving back to Texas. Julie is a graduate of Sam Houston State University with a degree in Business Administration, majoring in International Business.

4 She also holds a Texas, Louisiana and Florida adjusters licenses. Dawn Brunet Email: Office: (212) 613-4274. Dawn Brunet joined Navigators in February 1988. Her Navigators' career began with the Administration team during which time she developed an interest in marine claims. In 2001, when the opportunity presented itself, Dawn joined the claims department. She remains a senior member of the marine cargo claims department. Cecilia Campos Email: Office: (212) 613-4287. Cecilia Campos is a Senior Claims Specialist for Navigators' Marine Division with relevant international experience in marine insurance and shipping. Cecilia worked previously as a cargo adjuster for MSI and Sompo.

5 Besides her legal training in Colombia and London, Cecilia has earned the designations of CPCU, AMIM, ARM, and Are. Ted Crawford Email: Office: (267) 234-9878. Ted joined Navigators in 2013 as a Senior Complex Marine claim Adjuster responsible for the administration of blue water hull & machinery, P&I, and marine general liability claims. Ted is based in the Philadelphia office. Prior to Navigators, Ted was employed with Allianz Global Corporate & Specialty/Fireman's Fund Insurance Company in 2004 as the Hull & Marine Liability Claims Technical Director, responsible for the development and implementation of the claim administration and litigation management strategy and competencies for Allianz's hull & machinery, protection & indemnity, and marine liability lines of business.

6 He was responsible for the investigation, management and resolution of commercial hull &. marine liabilities claims in North America. He holds an degree in Liberal Arts and Physical Science from Pierce College, and a in English/Journalism from LaSalle University. He is a Resident Associate Member of The Average Adjusters Association of the United States and Canada, a Member of the National Cargo Security Council, The Ports of Philadelphia Maritime Society, and The Marine Insurance Claims Association. Debbie Lester Email: Office: (206) 728-2315 (206) 443-8565. Deborah Lester has been with Navigators since 1997. She has over 30 years of experience in Marine claims and has served in various claims positions at Travelers, Frank B.

7 Hall and Marsh. As a Senior Claims Representative she handles all Marine Liabilities, Pilot's License Defense, Primary and Excess Protection & Indemnity, Cargo, Craft and Hull claims. She attended the University of Hawaii and is a member of the Marine Insurance Association of Seattle and the Puget Sound Marine Claims Association. Pat Jamison Email: Office: (713) 985-5154. Pat joined Navigators in October 2004. She currently handles onshore energy, construction and operational engineering claims. Pat has been working within the insurance industry since 1980. She began her adjusting career as a broker with Southern Marine &Aviation underwriters.

8 She worked at Americas Insurance Company as an underwriter in 1995. She also worked at Houston Casualty Company handling onshore/offshore marine and energy claims. Richard Kladerman Email: Office: (732) 623-5662. Richard Kladerman has been at Navigators since May 2011, prior thereto Mr. Kladerman was a Senior Litigation Claims Specialist for Ace Insurance from May 2006 through May 2011. He has almost 8 years experience handling Admiralty/Maritime (Commercial Marine) claims and a total of 20 years casualty claims experience. He has served at various positions previously for York Claims Services, Gallagher-Bassett, Travelers and Empire Insurance.

9 He is a graduate of Brooklyn College with a Bachelor of Science degree, while majoring in Broadcast Journalism. Laura Maurer Email: Office: (847) 285-9023. Laura Maurer has been with Navigators since 2010 as the Surety Claims Manager. She handles all Custom Bonds claims and Commercial Surety Transportation Bonds claims. She is also responsible for all Letters of Credit taken for the Custom Bonds program. Prior to joining Navigators, she was the Surety Claims Manager from 2008 to 2010 at Roanoke Trade Services. Her career in Custom claims began with Washington International Insurance from 1984 to 2008 holding various positions from claims examiner, supervisor, manager and finally AVP of Customs Claims.

10 She has altogether 29 years experience in Customs claim handling. She received an Associate's Degree in Applied Science Management from William Rainy Harper College in 2006 and obtained her Customs House Broker License from Customs in 2002. Elizabeth Schroeder Email: Office: (713) 985-5153. Elizabeth Schroeder has been with Navigators since January 2014. Ms. Schroeder has over 16 years experience in maritime and admiralty law and marine claims handling. She has served as a paralegal for various maritime law firms and as a complex marine liability claims adjuster for Starr Marine before joining Navigators. Ms. Schroeder holds a paralegal degree and is a licensed adjuster in Alabama, Connecticut, Florida, Georgia, Louisiana, Mississippi, North Carolina, South Carolina, Texas, and Washington.

Texas Department of Insurance. Frequently Asked Questions. Unlicensed Individuals and Entities Adjusting Claims (As of May 2014) 1. What are some best practices consumers should look for when hiring a roofer or a contractor? 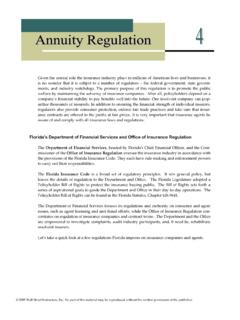 Florida's Department of Financial Services and … 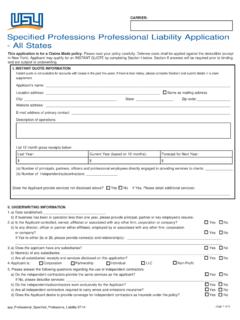 app_Professional_Specified_Professions_Liability 07/14 This application is for a Claims Made policy. Please read your policy carefully. Defense costs shall be applied against the deductible (except 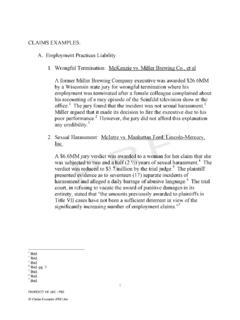