Major challenges facing Africa in the 21st century: A few provocative remarks Ibrahim Farah, Sylvia Kiamba and Kesegofetse Mazongo1. At the International Symposium on Cultural Diplomacy in Africa - Strategies to confront the challenges of the 21st Century: Does Africa have what is required? Berlin, 14th 17th July, 2011. Introduction Western civilisation and culture began to creep into Africa when foreigners,'-- mainly Europeans -- quest were aimed at imposing imperial ideologies and pilfering African resources. Since then, African scholars argued that this practice continued even after independence in the continent. A number of challenges face the continent in the 21st century. These include colonial legacy; foreign aid; foreign direct investment (FDI); the climate change debate, Africa and the challenge of the MDGs; and cultural diplomacy as a new tool.

1 Major challenges facing Africa in the 21st century: A few provocative remarks Ibrahim Farah, Sylvia Kiamba and Kesegofetse Mazongo1 At the International Symposium on Cultural Diplomacy in Africa - Strategies to

1 Major challenges facing Africa in the 21st century: A few provocative remarks Ibrahim Farah, Sylvia Kiamba and Kesegofetse Mazongo1. At the International Symposium on Cultural Diplomacy in Africa - Strategies to confront the challenges of the 21st Century: Does Africa have what is required? Berlin, 14th 17th July, 2011. Introduction Western civilisation and culture began to creep into Africa when foreigners,'-- mainly Europeans -- quest were aimed at imposing imperial ideologies and pilfering African resources. Since then, African scholars argued that this practice continued even after independence in the continent. A number of challenges face the continent in the 21st century. These include colonial legacy; foreign aid; foreign direct investment (FDI); the climate change debate, Africa and the challenge of the MDGs; and cultural diplomacy as a new tool.

2 This paper attempts to make a few provocative remarks on some of the key debates forming these issues. The paper argues that whether the continent is up on its tasks or not, there is lack of visionary leadership on the African side while Europe has been honest about its interests more than a mutually-agreed partnership with the continent. Colonial legacy Colonization distorted and retarded the pace and tempo of cultural growth and the trend of civilisation in Africa . The consequences of colonization have resulted in political of the colonies which led to an unbridgeable cultural gap between the beneficiary nations and 1. Dr. Ibrahim Farah is a Nairobi-based academic whose areas of interest include foreign policy analysis, conflict studies and environmental diplomacy while Ms. Sylvia Kiamba and Mr. Kesegofetse Mazongo are postgraduate students at the University of Nairobi.

3 1. victims of the practice. The era of colonization pillage and plunder led to the relative stagnation and often decline of traditional cultural pursuits in the colonies. Mimiko asserts that: The social fabric was completely devastated and a new culture of violence was implanted. Traditional African systems of conflict resolution were destroyed and, in their places, nothing was given. The democratic process, rudimentary though it was, but with great potential as accompanies every human institution, was brutally uprooted and replaced by the authoritarianism of colonialism. A new crop of elites was created, nurtured, and weaned on the altar of violence and colonialism armed with the structures of the modern state to continue to carry out the art and act of subjugation of the mass of the people in the service of The above assertion was supported by Kasongo who argues one could infer that while westernization was imported to African countries, the hidden side of modernism was materialistic To Kazonog, civilization was just another concept of domination, imposition of incoming new culture over traditional Standage, on the other hand, posits that the historical context of westernization in Africa with Europe was through the Atlantic slave trade, missionary and imperialism.

4 The forced acceleration of the black populations into the new world represented the sustained assimilation of western culture by Not that was all bad, however. Arowolo states that the colonial factor was essential in the understanding of the process of westernization in Africa . As a result, the effectiveness of colonization in changing the sphere of life in African societies is not hard to Its political effects include western civilization being submerged and with the dismantling of indigenous institutions and cultures by instilling foreign rule. There was also the introduction of liberal democracy that did not necessarily work in Africa , not because Africa did not have its own pattern of democracy before the imposition of liberal democracy, but the typical democracy in Africa and its processes were also submerged by 2. Mimiko insisted on the same argument by stating that: But the point is that the so-called Kabiyesi syndrome, which has been accorded as an explanation for the shortage of democracy in contemporary Africa is actually a betrayal of inadequate understanding of the workings of the African traditional political systems.

5 I strongly dispute this proposition as unhistorical and therefore invalid in the context of Africa . Our hypothesis is that in the epoch before contact between Europe and Africa , the latter not only developed relatively advanced state structures, but that emergent pre-colonial African states also had sophisticated systems of political rule with strong democratic foundations. I argue that the basis of the advertised inability of these societies to sustain democracy in contemporary (postcolonial) times could not have consisted in the absence of a democratic culture on their part. Rather, it is the residue of constraints that were attendant upon imperialism, which has been the dominant experience of the African peoples since the fourteenth century defined most profoundly by slavery, colonialism, neo- colonialism, and their handmaiden, military Economic effects of colonialism The economic effects of colonialism can be viewed as a progressive integration of Africa into the world capitalist system within which Africa functioned primarily as a source of raw materials for western industrial production.

6 The colonial economy also caused agriculture to be diverted towards the production of primary products and cash crops, a situation that contributed to hunger and starvation in Africa . Africa concentrated on producing more of what was needed less and produced less of what was needed most. Africa was perpetually turned to the production of raw materials, a situation that caused unequal exchange in -- and balance of -- trade. Rodney suggests that the plunderage and systemically corrupt enterprises established in the colonies to expropriate natural resources in Africa to Europe have facilitated under- development of Africa while it engendered the development of Alkali argues that colonization demanded a total re-organization of the African economy. Even in its current situation, life as an economic plan altered the way people produce, create and Neo-liberalism also cropped up in African societies which was just an economic process that distrusts the state as a factor in development.

7 It can be seen just as a philosophy 3. that can be re-packaged over the years with the aim being to make people believe that the market mechanism is the most efficient allocator of production resources and therefore to have an efficient and effective economy, forces of demand and supply must be allowed to play a leading role. This has also changed economies of African countries from communalism to capitalism and then to neo-liberalism. Social effects The social effects of colonialism led to many challenges that included individualism of families in an otherwise close knit-family structures, fragmentation of family/social relations and rapid urbanization that has resulted into rural exodus and displacement of large segments of the population. Proficiency in African languages is declining in the continent because people are compelled to embrace western culture and civilization.

8 This has caused alienation for people who cannot speak foreign languages as language has been used as a vehicle of culture which has literally created a dichotomy between the elite and the masses. Obadina argues that alien models imposed by colonialism laid seeds for a political crisis in Africa . By redrawing the map of Africa and grouping diverse people together, ethnic conflicts were created that are now destabilizing the Some have argued that it was the allure of modernity with its promise of greater material benefit that subverted African societies during colonialism. It is impossible to imagine what would have been the shape of contemporary African history had colonial rule never had taken place. Some western historians have argued that less developed regions of the world, particularly Africa lacked the social and economic organization to transform themselves into modern states able to develop onto advanced economies.

9 4. Foreign Aid The nature of inter-independence of nations makes it necessary for the granting of aid to needy countries. Neo-Marxists have always argued that the advancement of developed countries' economies have also facilitated the same measure as the under-development of the third world through colonialism, slave trade and unequal exchange of trade. The third world has acquired substantial amount of both internal and external debt, partly caused by foreign aid from countries in the West. The aid relationship has created a condition of economic subservience and of a master-servant relationship that could generate persistent seeking and lobbying for foreign aid through borrowing. Moyo argues that aid was not working in Africa because it interfered with development as the money always ended up in the hands of a small chosen few, making aid a form of taxing the poor in the west to enrich the new elites in former Peter Bauer, one of the earliest critics of aid argued most strongly that aid- based theories and policies were wholly inconsistent with sound economic reasoning and indeed with reality.

10 Xii The author and former World Bank economist Bill Easterly has provided numerous case studies on the failures of aid policies across the developing world. Paul Collier criticizes the blanket one-size-fits-all aid approach as paying no heed to the unique circumstances of individual countries, and thus proposes a more nuanced approach to aid driven proposals, and only where they are needed. Moyo argues that the mistake the west made was giving something for nothing. The secret of china's success is that the foray into Africa is all business. The west sent aid to Africa and ultimately did not care about the outcome, with aid excluding the majority of the people from wealth, leading to political instability. China on the other hand, sends cash to Africa and demands returns. With returns, Africans gets jobs, roads, food, making them better off and the promise f some semblance of political stability. 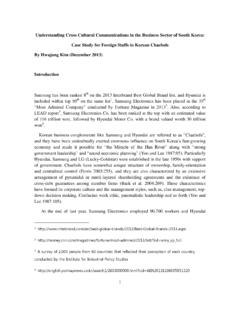 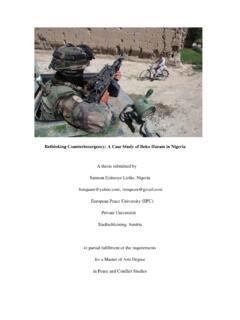 Rethinking counterinsurgency: A case study of Boko Haram 3 Abstract The issue of Boko Haram in Nigeria has become a threat to both internal and international

MAJOR CHALLENGES TO THE EFFECTIVE …

Seven Steps for Effective Leadership Development 3 Leadership Challenges in Business From Enron to the pri me loan mortgage crisis to AIG, leadership scandals a few years ago caused an 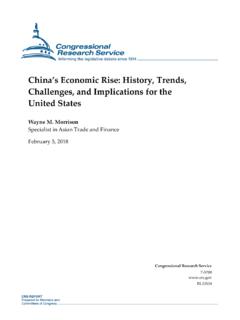 Summary of Challenges and Opportunities facing …

“Effective Human Resource Management Strategies” by Robert J. Greene, PhD & Peter Ronza Pontifex Consulting Group In order for human resource management to be done effectively there must be a 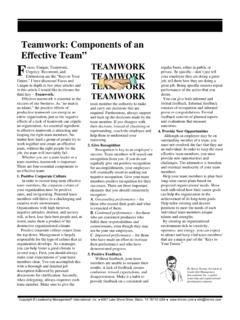 Teamwork: Components of an Effective Team” F ocus, Unique, Teamwork, Urgency, Recommit, and Enthusiasm are the “Keys to Your Future.” I have discussed Focus and

2 Challenges in micronance: an EY perspective Innovation as the enabler for financial inclusion Over the last few years, with rapid changes in technology, 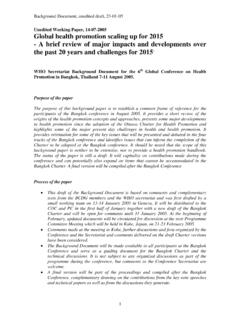 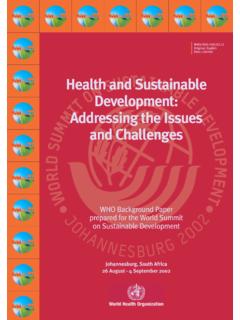 Health and Sustainable Development: Addressing the Issues and Challenges 3 The Need for Intersectoral Action Countries face a myriad of …