Makana Municipality, Grahamstown, Eastern Cape Province, Republic of South Africa. 2 the needs of the community its priorities to meet those needs;

2 In administering the matters assigned to local government, the municipal council must strive within its capacity to achieve the Constitutional objects of local government. Roles and Responsibilities within Local Government These constitutional objects are: to provide democratic and accountable government for local communities;. to ensure the provision of services to communities in a sustainable manner;. to promote social and economic development to promote a safe and healthy environment; and to encourage the involvement of communities and community organisations in the matters of local government. The Constitution also assigns developmental duties to municipalities. Section 153. provides that a municipality must: structure and manage its administration and budgeting and planning processes to give priority to the basic needs of the community, and to promote the social and economic development of the community; and participate in national and provincial development programmes In terms of the Local Government: Municipal Structures Act, No.

4 Functions which may not be delegated by the Municipal Council 1. The passing of by-laws. 2. The approval of budgets 3. The imposition of rates and other taxes, levies and duties 4. The raising of loans A majority of the members of the municipal council must be present before a vote may be taken on any matter. When a decision is taken one of the matters listed in the table above, the matter must be determined by a supporting vote of a majority of the councillors (after the report of the executive committee has been considered). All other questions before a municipal council are decided by a majority of the votes cast. If on any question there is an equality of votes, the presiding councillor must exercise a casting vote in addition to that councillor's vote as councillor. Before the municipal council takes a decision on any of the following matters, it must first require its executive committee or executive mayor to submit a report and recommendation on the matter: any of the matters listed in the table above (outlining non-delegable municipal functions).

5 The approval of an integrated development plan for the municipality , and any amendment to that plan; and the appointment and conditions of service of the municipal manager and a head of a department of the municipality . The Constitution mandates the municipal council to conduct its business in an open manner. The council may close its sittings or those of its committees, only when it is reasonable to do so having regard to the nature of the business being transacted. 2. Makana municipality , grahamstown , Eastern cape province , Republic of South Africa. The Constitution provides for councillors to participate in the proceedings of the municipal council and those of its committees in a manner that allows parties and interests reflected within the council to be fairly represented and which is consistent democracy.

7 9 Only the National Assembly may pass legislation amending the Constitution. It may also pass legislation with respect to any matter listed Schedule 4. and with respect to matters which are inextricably connected to Schedule 4 matters. National government is excluded from passing legislation with respect to a matter within a functional area listed in Schedule 5 unless it is necessary to: maintain national security;. maintain economic unity;. maintain essential national standards;. establish minimum standards required for the rendering of services; or prevent unreasonable action taken by a province which prejudicial to the interests of another province or to the country as a whole. The legislative authority of provincial government includes the power to pass a provincial constitution and legislate with regard to any functional area listed in Schedule 4 or 5.

8 It may also legislate on matters which have been expressly assigned to the province by national legislation. 12 Provinces may legislate on any matter for which for which the Constitution envisages the enactment of provincial legislation. The legislative authority of provinces must be read subject to the power of the local sphere to legislate on Schedule 4 Part B and Schedule 5 Part B matters. Section 156(1) (a) of the Constitution provides that a municipality has executive authority over and the right to administer the local government matters listed in Part B of Schedule 4 and Part B of Schedule 5. The right of a municipality to administer the matters assigned to it is subject to the following constraints: 3. Makana municipality , grahamstown , Eastern cape province , Republic of South Africa.

9 Provincial government must provide for monitoring and support of local government in the province by legislative and other means. The provincial and national government has the legislative and executive authority to ensure that municipalities effectively perform their functions in respect of the matters listed in Schedule 4B and 5B by the regulating the exercise by municipalities of their executive authority. However, the national and provincial government may not compromise or impede a municipality 's ability or right to exercise its powers or perform its functions assigned to the three spheres of government in terms of schedule 4 and Schedule 5 of the Constitution. SCHEDULE 4. FUNCTIONAL AREAS OF CONCURRENT NATIONAL AND. PROVINCIAL LEGISLATIVE COMPTENCE. Schedule 4 Schedule 4.

10 PART A PART B. The following local government matters to the extent set out in section 155(6)(a). and (7). Administration of indigenous forests Air Pollution Agriculture Building regulations Airports other than international and Child care facilities national airports. 16. Section 155(6) (a) provides as follows: Each provincial government must establish municipalities in its province in terms a manner consistent with the legislation enacted in terms of subsections (2) and (3) and, by legislative or other measures must provide for the monitoring and support of local government in the province and promote the development of local government capacity to enable municipalities to perform their functions and manage their affairs.. Section 155(7) provides: The national government, subject to section 44, and the provincial governments have the legislative and executive authority to see to the effective performance by municipalities of their functions in respect of matters listed in Schedule 4 and 5, by regulating the exercise by municipalities of their executive authority referred to in section 156 (1). 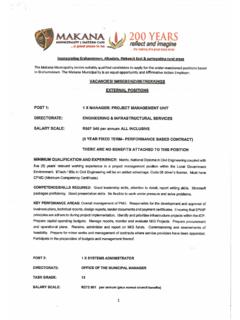 Same should be posted to The HR Manager, Makana Municipality, P.O Box 176, Grahamstown, 6140. No late I faxed I emailed applications will be accepted. 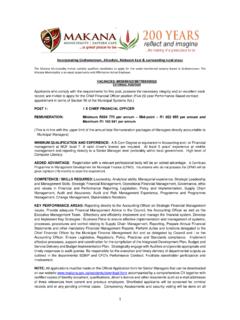 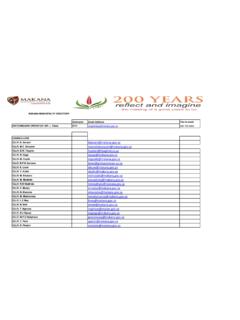 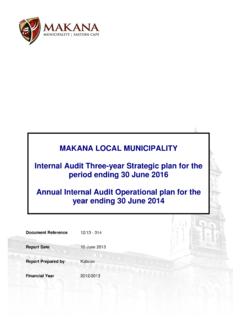 PROVINCE OF THE EASTERN CAPE - National …

PROVINCE OF THE EASTERN CAPE Department of Economic Affairs, Environment and Tourism Five-year Strategic and Performance Plan (2005/06 to 2009/10) 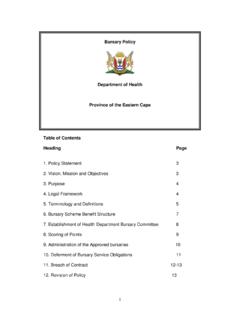 Province of the Eastern Cape DEPARTMENT OF ... - … 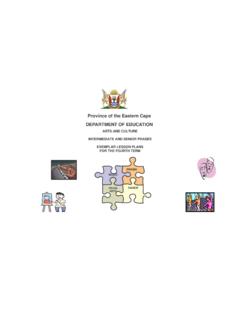 Province of the Eastern Cape DEPARTMENT OF … 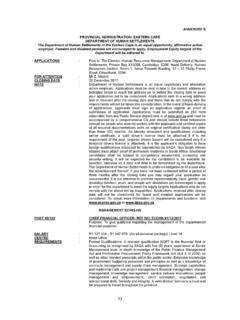 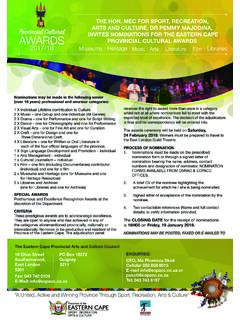