Manfred Max-Neef 197. Development and Human Needs Manfred Max-Neef Latin America: crisis and perplexity In creating the future, there is either the risk of making errors of perception, or of making errors of action. Concerning perception, two serious mistakes are often made. The first is to believe diat the Latin American crisis can be ascribed principally to an external crisis. The second, stemming from the first, is to assume that our depression is just a passing historical circumstance. Although it is true that external conditions do considerably influence dependent and vulnerable economies like ours, it is, none the less, also probable that a recovery of the capitalistic economy in the North will not affect significandy our own recovery. It would be a delusion to base a strategy for future development on the expansion of exports of primary products.

Manfred Max-Neef 197 Development and human needs Manfred Max-Neef Latin America: crisis and perplexity In creating the future, there is either the risk of making errors of perception,

1 Manfred Max-Neef 197. Development and Human Needs Manfred Max-Neef Latin America: crisis and perplexity In creating the future, there is either the risk of making errors of perception, or of making errors of action. Concerning perception, two serious mistakes are often made. The first is to believe diat the Latin American crisis can be ascribed principally to an external crisis. The second, stemming from the first, is to assume that our depression is just a passing historical circumstance. Although it is true that external conditions do considerably influence dependent and vulnerable economies like ours, it is, none the less, also probable that a recovery of the capitalistic economy in the North will not affect significandy our own recovery. It would be a delusion to base a strategy for future development on the expansion of exports of primary products.

2 Very simply, indicators suggest that the bulk of primary products will be affected, for different reasons, by unfavourable terms of trade. Moreover, others are already being replaced by more efficient substitutes. Another strategy based on the diversification of exports, diat is, of manufactured goods, would inevitably come up against the protectionist policies of the powers in die North. Also, to assume a type of development which is nurtured by external contributions of capital is ruled out altogether on account of die serious and insoluble condition of indebtedness in which we are forced to live. In our opinion, the future lies in mustering all our energy to design imaginative but viable alternatives. The conditions for these alternatives seem to be quite clear. The two schools of economic thought which have prevailed in the Latin American setting, neo-liberal monetarism and the more inter- ventionist state-centered developmentalism promoted by the Economic Commission for Latin America, these have not been able to satisfy the legitimate Needs of the Latin American masses.

3 A new perspective is called for which aims at an adequate satisfaction of Human Needs . Furthermore, if future development cannot be sustained through die expansion of exports or through substantial injection of foreign capital, an alternative development must generate a capacity for greater self-reliance. We are proposing an orientation which would enable us to create conditions for a new praxis based on Human Scale Development. Such development is focused and based on the satisfaction of Fundamental Human Needs , on the generation of growing levels of self-reliance, and on the construction of organic articulations of people widi nature and technology, of global processes with local activity, of the personal with the social, of planning with autonomy, and of civil society with the state, where 'articulation' is taken to mean the construction of coherent and consistent relations of balanced interdependence among given elements.

4 Human Needs , self-reliance and organic articulations are the pillars which 198 Human Needs and aspirations support Human Scale Development. However, diese pillars must be sustained on a solid foundation which is die creation of those conditions where people are the protagonists in their future. If people are to be the main actors in Human Scale Development bodi the diversity as well as die autonomy of the spaces in which they act must be respected. Attaining the transformation of an object-person into a subject-person in the process of development is, among odier things, a problem of scale. There is no possibility for the active participa- tion of people in gigantic systems which are hierarchically organized and where decisions flow from the top down to die bottom. Human Scale Development assumes a direct and participatory democracy. This form of democracy nurtures diose conditions which will help to transform die traditional, semi-paternalistic role of the Latin American State into a role of encouraging creative solutions flowing from the bottom upwards.

5 This is more consistent with the real expectations of the people. I wish to emphasize at this point the democratic nature of the alternative proposed. Instead of relying on stereotyped ideological options, this document advocates the need to: develop processes of economic and political decen- tralization; strengthen genuine democratic institutions; and encourage increasing autonomy in the emerging social movements. The creation of a political order which can represent the Needs and interests of a heterogeneous people is a challenge to both die state and civil society. The most pressing question, not only for a democratic state but also for a society based on a democratic culture, is how to respect and encourage diversity rather than control it. In this regard, development must nurture local spaces, facilitate micro-organizations and support die multiplicity of cultural matrixes comprising civil society.

6 This type of development must rediscover, con- solidate and integrate the diverse collective identities that make up the social body. Processes which nurture diversity and increase social participation and control over the environment are decisive in the articulation of projects to expand national autonomy and distribute the fruits of economic development more equitably. Hence, it is essential to prevent the increasing atomization of social movements, cultural identities and communities. To articulate these movements, identities, strategies and social demands in global proposals is not possible through the programmes of homogenization which have charac- terized the Latin American political tradition. It requires, on the part of the state, new institutional mechanisms capable of reconciling participation with heterogeneity. It also requires more active forms of representation, and greater translucency in the practices of the public sector.

7 It is not die purpose of this document to propose a state model that pro- motes Human Scale Development. Radier, our emphasis is on empowering civil society to nurture this form of development. This is not to minimize the importance of the state but to develop further the potential role of social actors, of social participation and of local communities. Our preoccupation is a 'social democracy' or rather a 'democracy of day-to-day living' which does Manfred Max-Neef 199. , not imply a lack of concern for 'political democracy' but a firm belief that only by rediscovering the 'molecular' composition of the social fabric (micro- organizations, local spaces, Human -scale relations) is a political order founded on a democratic culture made possible. We believe that in order to avoid the atomization and the exclusion of people - be it in political, social or cultural terms - it is absolutely necessary to generate new ways of conceiving and practising politics.

8 Thus, this document attempts to open up a space for critical reflection on die way we live and, more importandy, on the urgent need to develop a new political praxis. Development and Human Needs This new praxis starts from a theory of Human Needs for development. Human Needs must be understood as a system; that is, all Human Needs are interrelated and interactive. With the sole exception of die need of subsistence, that is, to remain alive, no hierarchies exist within the system. On the contrary, simultaneities, complementarities and trade-offs are characteristics of the process of Needs satisfaction. Needs and satisfiers As the literature in this area demonstrates, Human Needs can be classified according to many criteria. We have organized Human Needs into two categories: existential and axiological, which we have combined and displayed in a matrix (see Table , pp.)

9 206-7). This allows us to demonstrate the interaction of, on the one hand, die Needs of Being, Having, Doing and Inter- acting; and, on the odier hand, die Needs of Subsistence, Protection, Affection, Understanding, Participation, Creation, Leisure, Identity and Freedom. From die classification proposed it follows diat, for instance, food and shelter must not be seen as Needs , but as satisfiers of the Fundamental need for Subsistence. In much the same way, education (eidier formal or informal), study, investigation, early stimulation and meditation are satisfiers of the need for Understanding. The curative systems, preventive systems and health schemes in general are satisfiers of the need for Protection. There is no one-to-one correspondence between Needs and satisfiers. A. satisfier may contribute simultaneously to the satisfaction of different Needs , or conversely, a need may require various satisfiers in order to be met.

10 Not even these relations are fixed. They may vary according to time, place and circumstance. For example, a mother breast-feeding her baby is simul- taneously satisfying die infant's Needs for Subsistence, Protection, Affection and Identity. The situation is obviously different if the baby is fed in a more mechanical fashion. Having established a difference between the concepts of Needs and satisfiers it is possible to state two postulates: first, Fundamental Human Needs are finite, few and classifiable; and second, Fundamental Human Needs (such as those 200 Human Needs and aspirations contained in the system proposed) are the same in all cultures and in all historical periods. What changes, both over time and through cultures, is the way or the means by which the Needs are satisfied. Each economic, social and political system adopts different mediods for the satisfaction of die same Fundamental Human Needs .

84 Home Power #77 • June / July 2000 Homebrew Lead-Acid Battery Desulfator Alastair Couper ©2000 Alastair Couper It was twenty years ago that I left my on-grid home, and my job as an electronics engineer, to begin life on an alternative energy oriented organic 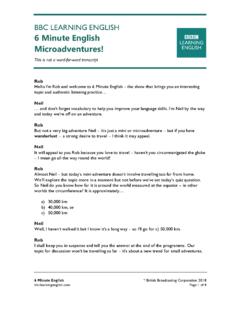 6 Minute English ©British Broadcasting Corporation 2018 bbclearningenglish.com Page 3 of 4 Ah yes, I do like to camp out – that's a phrasal verb to … 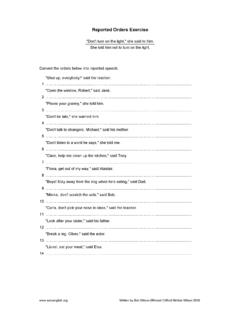 Australian Equity Bottom-Up Stock Selection Driven by SpecialisedResearch Teams •Research coverage for the top 100 companies is broken down into three sector teams—Financials, Industrials and Resources/Infrastructure •11 investment professionals with an average of 16 years of industry experience As of 31 May 2018 For Financial … 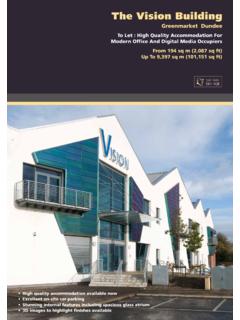 Specification The Vision building has been designed to provide high quality, modern office accommodation and the following specification is provided: 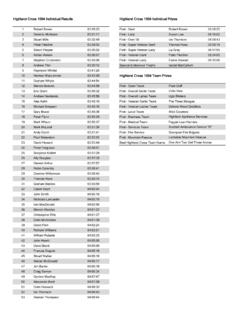