Manure Management Technology Development Team East National Technology Support Center Manure Chemistry nitrogen , phosphorus , & Carbon August 2007 Manure Management Information Sheet Number 7. INTRODUCTION and moves rapidly in runoff and in soil solutions. Buildup of nitrate in groundwater is a health It's hard to talk about Manure management without concern; the concentration limit in drinking water is referring to the complex Chemistry involved. It's 10 mg per liter. While in surface waters the also hard to remember all that stuff we learned so concentration is rarely that high, nitrogen still long ago--- especially when somebody starts contributes to eutrophication (excess plant growth). throwing around words like anoxic,' Excessive use of nitrogen fertilizers is implicated in mineralization,' and redox.' This document is the expansion of a hypoxic area or Dead Zone in intended to provide a compact overview of what the Gulf of Mexico.

• Gasification: a portion of the N in manure will be gasified into either N 2 or N 2O. This process is still poorly understood and may be highly variable depending on conditions. The ash and char remaining after gasification is usually low in nitrogen. • Pyrolysis: Some N will be found in the oil products, where it is considered a contaminant.

1 Manure Management Technology Development Team East National Technology Support Center Manure Chemistry nitrogen , phosphorus , & Carbon August 2007 Manure Management Information Sheet Number 7. INTRODUCTION and moves rapidly in runoff and in soil solutions. Buildup of nitrate in groundwater is a health It's hard to talk about Manure management without concern; the concentration limit in drinking water is referring to the complex Chemistry involved. It's 10 mg per liter. While in surface waters the also hard to remember all that stuff we learned so concentration is rarely that high, nitrogen still long ago--- especially when somebody starts contributes to eutrophication (excess plant growth). throwing around words like anoxic,' Excessive use of nitrogen fertilizers is implicated in mineralization,' and redox.' This document is the expansion of a hypoxic area or Dead Zone in intended to provide a compact overview of what the Gulf of Mexico.

2 Happens to three critical elements nitrogen , The ammonia form of nitrogen can be an air quality phosphorus , and Carbon during Manure storage concern. Manure nitrogen is often converted into and treatment. the ammonium (soluble) form by bacteria. If the nitrogen pH is above neutral, the Manure is warm, and there is nothing to work against ammonification, the The element nitrogen (N) has many oxidation states ammonium changes into the ammonia (gaseous). and can form numerous compounds. Elemental N2, form and volatilizes into the atmosphere. Ammonia or diatomic nitrogen , composes 78% of the air we in significant concentrations is harmful to livestock breathe, and nitrogenous compounds are and agricultural workers; it is also a precursor to components of all living tissue. In Manure , N harmful particulates and facilitates the formation of occurs as nearly all of these forms at one time or undesirable gases.

3 Another: There are five natural processes that transform N. nitrogen Formula Oxidation from one form to another: Fixation, Species State ammonification, synthesis, nitrification, and Organic nitrogen Org-N denitrification. Ammonia, NH3 -3. Ammonium ion NH4+ -3 Fixation: the conversion of nitrogen gas [N2]. from the atmosphere into any form of nitrogen Hydrazine N2H4 -2 used by plants and animals. The most familiar Hydroxylamine NH2OH -1 example is the work done by Rhizobia bacteria nitrogen gas N2 0 attached to the roots of legumes, which can reduce N2 from the atmosphere into NH3. A. Nitrous oxide N2O +1 certain amount of N2 is also transformed into NO3 by lightening and delivered to the soil in Nitric oxide NO +2 rain. Plants utilize N as either ammonium (from Nitrous acid bacteria) or nitrate (from bacteria, lightening, or HNO2 +3 fertilizer). Animals get their N by eating plants Nitrite ion NO2- +3 or other animals.

4 nitrogen dioxide NO2 +4. Ammonification: the degradation of organic-N to Nitric acid HNO3 +5 ammonium, usually by bacteria. This can Nitrate ion NO3- +5 happen under both aerobic and anaerobic conditions if the appropriate bacteria are present. nitrogen is of concern to agriculture both as an essential plant nutrient for building proteins and Nitrification: converting ammonium to nitrite and amino acids and as a potential water pollutant. then nitrate, in a type of biological oxidation. The two bacterial species Nitrobacter and nitrogen , as nitrate or ammonium, is highly soluble 1. Nitrosomonas are most commonly associated to NO3 is interrupted or slowed by lack of with this transformation. oxygen, the intermediate NH3 will be driven off. Synthesis: the biochemical mechanism that Anaerobic digestion: Passing through a digester converts ammonium or nitrate into living cells, has little effect on the total nitrogen content of either plant cells or bacterial cells.

5 (Animals Manure . A negligible amount of N may be cannot eat straight ammonium or nitrate and emitted as NH3, but the majority will be found convert it.) as organic N and NH4 in solution in the digester sludge. The ammonium content of digester Denitrification: The completion of the nitrogen sludge will be higher than that of raw Manure . cycle by returning N to the atmosphere as N2 Although the anaerobic conditions should favor gas. Denitrifying bacteria convert NO3 to N2 production of ammonia, the ammonium is held under anoxic (low oxygen) conditions. This can in solution by the pressurization of the vessel, occur in soils that undergo periods of and the slightly acidic pH favorable to saturation, either naturally or under cultivation methanogenic bacteria. as in rice production. gasification : a portion of the N in Manure will be After Manure is excreted, the organic nitrogen , gasified into either N2 or N2O.

6 This process is ammonium, and urea in the feces and urine are still poorly understood and may be highly subjected to treatment and storage. Urea is quickly variable depending on conditions. The ash and converted to ammonium. Here are some of the char remaining after gasification is usually low transformations that might occur, depending on in nitrogen . how the Manure is handled: pyrolysis : Some N will be found in the oil Storage: What happens to nitrogen in structures products, where it is considered a contaminant. designed to store, rather than treat, Manure The remaining N is usually found in solution in depends on whether conditions are aerobic the watery waste remaining after the oils have (plenty of oxygen) or anaerobic (no free been distilled off. oxygen.) In aerobic conditions, the N will Composting: A portion of the N in the compost largely remain in the Manure as organic N or pile is volatilized as NH3, and a small amount ammonium.

7 Aerobic conditions may exist in dry may be emitted as N2O. The remainder is stack storage, poultry litter storage, or systems found either in the bodies of microorganisms as specifically designed to aerate the Manure . In organic N, or as NO3, which is available to anaerobic conditions, which usually apply, a plants. portion of N will probably be lost to the atmosphere as NH3. Land application: Raw (untreated) Manure applied to land contains nitrogen in the form of Anaerobic lagoons: Structures specifically organic compounds and ammonium. Dryer designed as anaerobic lagoons are not just for Manure from feedlots and poultry litter will also storage. In a properly operating lagoon, contain some nitrate-N. The organic nitrogen in conditions foster anaerobic decomposition. pH. Manure is broken down into forms plants can will be at or above neutral, in contrast to absorb over time. Nitrate is highly mobile in soil storage facilities which are more acidic.

8 Solution, as is ammonium to a lesser degree. Manure has a long residence time in most Both are readily used by crop plants. anaerobic lagoons, allowing for complex Unfortunately, they are also mobile in surface chemical and biological interactions. nitrogen runoff, and may cause water pollution if not will be converted into NH4 and NH3 by biological properly managed. Manure management activity. When conditions favor ammonia calculations generally assume that most volatilization, NH3 will be lost to the available nitrogen in Manure will be utilized by atmosphere. Ammonification is accelerated by plants or denitrified by soil microorganisms in high pH and warmth. three years. When land applied, Manure can Aerobic lagoons: Under aerobic conditions, also lose nitrogen as ammonia through where oxygen is freely available, far less volatilization. This occurs during application and ammonia is generated than in anaerobic as the Manure sits on the soil surface.

9 Conditions. In these situations, N will be Incorporation or injection reduces these losses, retained in solution as NO3 and NH4, and in the because the ammonium will be nitrified by soil bodies of aerobic microorganisms as organic N. bacteria. In wet soils and under appropriate nitrogen converted to ammonium will be conditions, anaerobic bacteria may then mineralized as NO3. If the conversion from NH4 denitrify the nitrate and give off nitrogen gas. 2. phosphorus Under acidic anaerobic conditions, P can form the gas phosphine (PH3). However, rather than phosphorus is a non-metal found in the same volatilizing like ammonia, phosphine usually chemical family as nitrogen . The most common recombines with other constituents of the Manure oxidation states found in nature are +3, +5, and -3. and is not lost. phosphorus generally forms compounds with oxygen, hydrogen, and halides [ fluoride]. In Note that in treatments that reduce the mass of the agriculture, we're most familiar with it in fertilizer Manure , like composting, gasification , pyrolysis , compounds such as mono- and di-ammonium and digestion, the concentration of P increases phosphate, triple super-phosphate, and as the because it does not go away.

10 Plant-available ion in soils, orthophosphate (H2PO4- Storage: When Manure is stored as a solid, not ). Regardless of the actual chemical form of the much happens to the phosphorus ; it will still be phosphorus , the analyses of phosphorus fertilizers present as it was when stored. When stored as are given as phosphate (P2O5). a liquid, the P tends to accumulate in the sludge at the bottom of the storage unit, as organic P. phosphorus (P) is an essential nutrient for both present in the bodies of microorganisms. plants and animals. All DNA molecules contain phosphorus . Plants need it for flowering and Anaerobic digestion: Digestion has little effect on P, other than moving some of the dissolved reproduction, as well as energy exchange. Animals portion into the bodies of bacteria that carry out need phosphorus for a number of processes the anaerobic digestion process. All of the P. including energy processes, formation of bone, and present in the Manure will still be present in the building eggshells. 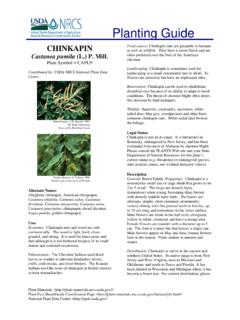 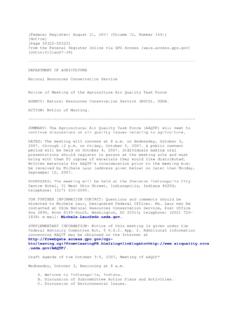 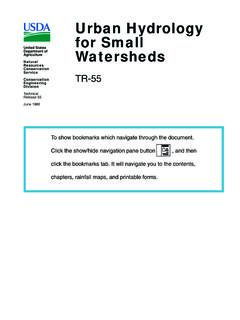 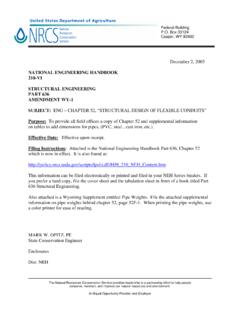 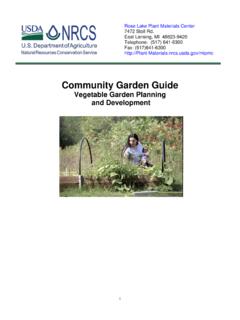 (You will need a planting guide to determine recommended spacing, depth etc. Contact your extension office if you need a guide.) If you’ve made adjustments to the per person needs in column 2, you can estimate the amount to plant using column 4. 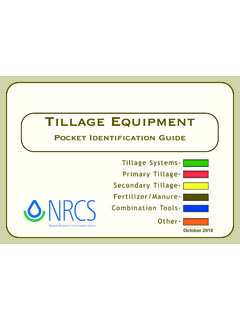 About this guide... The purpose of the guide is to help you identify commonly used farm equipment. Its color photos and line drawings will facilitate communication between NRCS and our clients by

Difficult People Defined and Explained The Hostile Aggressive The bully that always needs to be right. They tend to be abusive, abrupt, accusatory, intimidating, 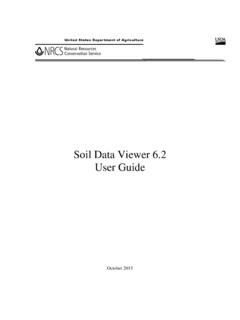 SOIL DATA VIEWER OUTPUT ... relieving the user from the burden of querying the soil database, processing the data and then linking the ... After downloading this ... 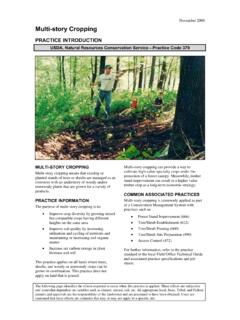 November 2008 The diagram above identifies the effects expected to occur when this practice is applied according to NRCS practice standards and specifications. 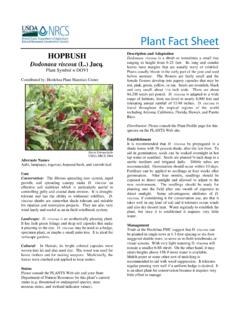 before summer. The flowers are fairly small and the female flowers develop into papery capsules that may be red, pink, green, yellow, or tan. Seeds are roundish, black and very small; about 1/16 inch wide. There are about 84,200 seeds per pound. D. viscosa is adapted to a wide range of habitats, from sea-level to nearly 8,000 feet and