SYMBIOSIS IN THE MARCH 2010 . EVOLUTION OF UCITS . 1988 - 2018 : THREE DECADES OF. FUNDS INDUSTRY TRANSFORMATION. EXECUTIVE SUMMARY. UCITS as an effective passport for pan-European activity has developed considerable momentum in the past decade and is set to expand further in the coming decade. Fifteen percent of European fund assets are now derived from third-party distributors in foreign' markets and this figure could more than double by 2020. The barriers to entry in most foreign markets have fallen or are, at least, passable.

symbiosis in the march 2010 evolution of ucits 1988 - 2018 : three decades of funds industry transformation

1 SYMBIOSIS IN THE MARCH 2010 . EVOLUTION OF UCITS . 1988 - 2018 : THREE DECADES OF. FUNDS INDUSTRY TRANSFORMATION. EXECUTIVE SUMMARY. UCITS as an effective passport for pan-European activity has developed considerable momentum in the past decade and is set to expand further in the coming decade. Fifteen percent of European fund assets are now derived from third-party distributors in foreign' markets and this figure could more than double by 2020. The barriers to entry in most foreign markets have fallen or are, at least, passable.

2 Penetration by non-domestic groups using the UCITS vehicle now ranges between 5% and 37%. The recent financial crisis resulted in some temporary contraction but cross-border groups have been the primary beneficiaries of the first wave of recovery' investment. Luxembourg's EVOLUTION has benefited from recent trends that favour cross-border business as well as moves by industry players to concentrate their manufacturing activity in a single centre of excellence. These trends are likely to deliver a future growth rate of for Luxembourg, ahead of the expected European average of This would give Luxembourg a 38% share of all European assets by 2014.

3 Competition from Dublin and the Dublin/Luxembourg debate has become irrelevant now since the location decisions of most established groups were made some years ago. Newcomers still feature and their location decisions are as likely to be home centered as location in a host centre. Increasingly, domestically-based funds are seeking access to foreign markets. However, Luxembourg's position as a politically neutral and dedicated centre will remain important. Luxembourg's role in neighbouring domestic markets should not be under- estimated.

4 In most major countries the local industry promotes a high percentage of Luxembourg funds alongside home-domiciled product. The weighting of Luxembourg products in countries like Switzerland, Germany, Italy and the Netherlands is in the region of 50% of assets. 2. ABOUT LIPPER FMI. Lipper fund Market Information (Lipper FMI) is the London-based fund market research and analysis division of Thomson Reuters. It specialises in all aspects of domestic, pan-continental and cross-border mutual fund markets in Europe and Asia. Against a background of continual change in the mutual fund markets, Lipper FMI's objectives are to: Overcome fragmented data and market opacity problems Reveal the major changes taking place Share latest insights into marketplace complexities Identify companies either leading the field or setting the pace.

6 Whilst great care has been taken in the preparation of this publication, the publishers make no representation or warranty in respect of the accuracy of any information given, and readers are advised to make their own enquiries and investigations. 3. FOREWORD FROM ALFI. The funds landscape has changed inexorably over the past 25 years, and, after more than two decades of UCITS and two severe market crashes, Europe is not only getting closer to the single market dream, but is also a global leader in the international funds industry.

7 Underpinning the success of Europe in this arena was the introduction of UCITS in 1985. Little did we know then that this legislation would have such an impact on the world of investment, and few would have realised then just what a competitive edge it gave to Europe in the investment funds business. Increasingly the UCITS stamp is seen not just as a European fund passport, but a global one. It is used more and more in Asia, South America, Central and Eastern Europe and the Middle East. To remain competitive going forward we need to endeavour to offer a regulated and business-friendly environment, to ensure that Europe can continue to cater for changing investor needs.

8 The implementation of UCITS IV in an efficient manner is a key part of this. Inspired by this challenge, ALFI commissioned Lipper FMI to produce a study on the cross-border funds industry with a particular focus on the evolving distribution structure of UCITS funds and Luxembourg's role in its growth and future. UCITS is today a world-wide recognised brand. Europe should be proud of this success but also aware of the responsibility this success brings, a responsibility which we all take very seriously. We, at Alfi, will continue to work hard towards this common goal. 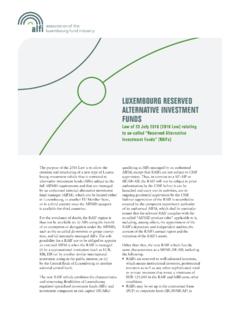 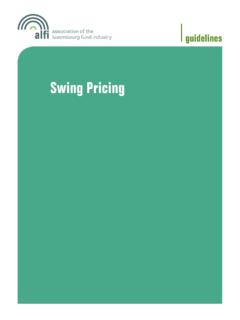 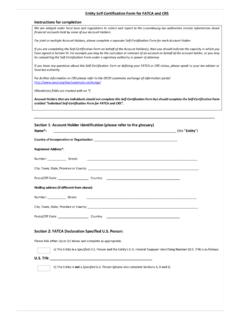 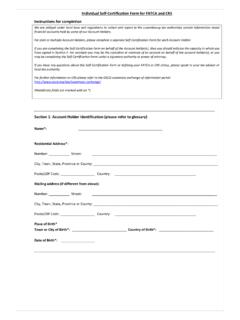 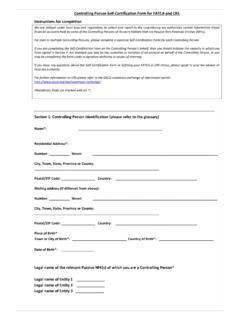 Practices and Recommendations aimed at … 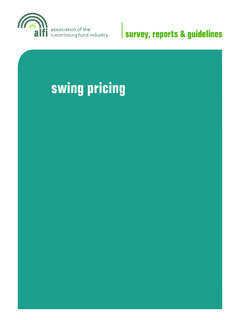 1 The Association of the Luxembourg Fund Industry (ALFI), the representative body for the Luxembourg investment fund community, was founded in 1988. Today it represents over a thousand Luxembourg- 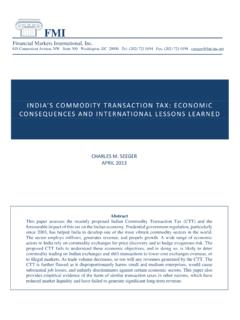 A Comprehensive Guide To Retail Out-of-Stock … 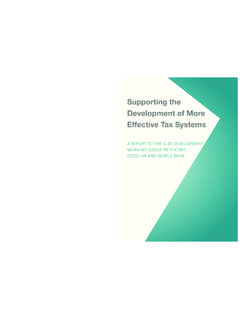 Supporting the Development of More Effective Tax Systems A REPORT TO THE G-20 DEVELOPMENT WORKING GROUP BY THE IMF, OECD, UN AND WORLD BANK 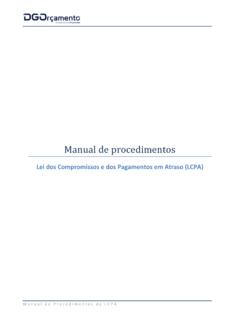