EXECUTIVE SUMMARY RENEWABLES 2018 5 Renewable heat consumption is expected to increase 20%, capturing over one-third of global heat demand growth.China, the European Union, the United States and India together account for most of

4 Modern bioenergy, the overlooked giant of Renewables Bioenergy is a special focus of this year's Report . Half of all renewable energy consumed in 2017 came from modern bioenergy, which provided four times the contribution of solar photovoltaic (PV) and wind combined. Most of the modern bioenergy ( excluding the traditional use of biomass) contributing to final energy consumption provides heat in buildings and for industry. The rest is consumed in the transport sector and for electricity. Bioenergy leads growth in renewable energy consumption over the forecast period of 2018-23. Around 30% of the growth in Renewables consumption is expected to come from modern bioenergy in the form of solid, liquid and gaseous fuel due to bioenergy's considerable use in heat and its growing consumption and in transport.

6 The share of renewable technologies meeting global energy demand is expected to increase by a fifth, reaching in 2023 a faster rate of progress than in the 2012-17 period. Renewables cover 40% of global energy consumption growth over the forecast period. Their use continues to increase most rapidly in the electricity sector, reaching 30% of total world electricity generation in 2023. But because of weaker policy support and additional barriers to deployment, Renewables use expands far more slowly in the transport and heat sectors. Brazil has the greenest energy mix, but the People's Republic of China leads absolute growth .

7 Of the world's largest energy consumers, Brazil uses the highest share of Renewables by far almost 45% of total final energy consumption in 2023. Bioenergy consumption in transport and industry is significant, and hydropower dominates the electricity sector. Meanwhile, as a result of policies to decarbonise all sectors and reduce harmful local air pollution, China1 leads global growth in absolute terms during the forecast period, and surpasses the European Union to become the largest consumer of renewable energy. In the European Union, a greater share of Renewables is spurred by binding renewable energy targets for 2020 and 2030 as well as by country-level policies and improved energy efficiency.

8 Bioenergy drives renewable energy growth in India due its prominent role in industry followed by rapid solar PV and wind expansion. Solar PV dominates renewable electricity capacity expansion Once again, 2017 was a record year for renewable power. For the first time, renewable capacity additions of 178 gigawatts (GW) accounted for more than two-thirds of global net electricity capacity growth . Solar PV. capacity expanded the most (97 GW), over half of which was in China. Meanwhile, onshore wind additions declined for the second year in a row, and hydropower growth continued to decelerate. 1.

9 China is used throughout to denote the People's Republic of China. R ENEWABLES 2018 3. E XECUTIVE SUMMARY. Solar PV capacity expands almost 600 GW more than all other renewable power technologies combined, or as much as twice Japan's total capacity, reaching 1 terawatt (TW) by the end of the forecast period. Despite recent policy changes, China remains the absolute solar PV leader by far, holding almost 40%. of global installed PV capacity in 2023. Distributed generation makes the difference in solar PV growth . The expansion of distributed generation, led by commercial and industrial projects, and followed by residential applications, spurs almost half of global PV capacity growth over 2018-23.

10 Homes, businesses and large industrial applications are expected to generate almost 2% of global electricity output by 2023. Without distributed generation, solar PV growth would be comparable to that of wind expansion. Wind is the second-largest contributor to renewable capacity growth , while hydropower remains the largest renewable electricity source by 2023. Similar to last year's forecast, wind capacity is expected to increase 60% (325 GW), with offshore wind accounting for 10% of this expansion. growth prospects for both hydropower and bioenergy are more optimistic than last year, mostly as a result of developments in China. 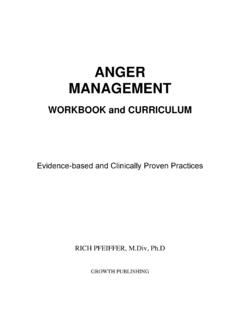 The workbook you are about to begin is the most thorough, well-researched and interesting workbook on anger that I have ever encountered. It is full of thoughtful mini-essays about the nature of