Economics, Politics and Society Men make their own history, but they do not make it just as they please; they do not make it under circumstances chosen by themselves, but under circumstances directly found, given and transmitted from the past. K. Marx 1852 The Eighteenth Brumaire'. These notes are to serve as an introduction to working class political economy, Marxist economics, and Marxism in general. They are to explain in easier and modern language the very basic terms, phrases, methods, and implications of the scientific study of economics, of working class slavery and ultimately our freedom. They are to serve as a basic guide for the further study of original material and sources by the reader. It is for this reason that there are extensive quotes from Marx and Engels.

1 Economics, Politics and Society Men make their own history, but they do not make it just as they please; they do not make it under circumstances chosen by themselves, but under circumstances directly found, given and transmitted from the past. K. Marx 1852 The Eighteenth Brumaire'. These notes are to serve as an introduction to working class political economy, Marxist economics, and Marxism in general. They are to explain in easier and modern language the very basic terms, phrases, methods, and implications of the scientific study of economics, of working class slavery and ultimately our freedom. They are to serve as a basic guide for the further study of original material and sources by the reader. It is for this reason that there are extensive quotes from Marx and Engels.

2 It serves to introduce the reader to the style and language used. The notes also quote from Lenin and use Lenin as a guide as he better than any writer and activist has developed Marxism and explained Marxism to the masses. The economic analysis of history as a whole and of capitalism in particular, is essential to the understanding of Society today. Indeed, it forms the basis upon which we can learn and struggle to change Society . By economy I mean the manner in which Society creates and divides goods, wealth and services. Marx called this the method of production and means of distribution and exchange. Historical events thus appear on the whole to be likewise governed by chance. But where on the surface accident holds sway, there actually it is always governed by inner, hidden laws and it is only a matter of discovering these laws.

3 F. Engels, 1888. Ludwig Feuerbach'. Historical Basis and Method An honest study of history will show the form Society takes our relations to each other within Society , is determined and developed by the dominant method of production, by the way in which Society as a whole creates. So for example, going back thousands of years before the ability to plant crops, or the technology to harvest, before we had the tools and knowledge for this, man and woman were what we now call hunter gatherers'. They moved around picking up whatever food they could from where they were, and after they had exploited or used the resources there they would move on. From this very basic example we can see how their lives as a whole were conditioned by the tools they had and the manner in which they created the means to live by.

4 Technology discloses man's mode of dealing with nature, the process of production by which he sustains his life, and thereby also lays bare the mode of formation of his social relations, and of the mental conceptions that flow from them. K. Marx, 1867. Capital Volume I'. With the ability to create fire, tools, to preserve food, in essence with a change in technology, Society as whole changed drastically. Hunter gatherers' began to settle down and form communities of common wealth and goods. Animals were able to be farmed, crops grown and development began to be predicted, science in a very rudimentary form was applied to production. Here we also see the beginning of exploitation of person on person through the economy, the beginning of classes.

5 In acquiring new productive forces men change their mode of production; and in changing their mode of production, in changing their way of earning their living, they change all their social relations. The hand mill gives you Society with the feudal lord; the steam mill, Society with the industrial capitalist. K. Marx and F. Engels, 1848. Manifesto of the Communist Party'. Where previously there was a gender division of labour, due to physical and social differences between men and women, it was non-exploitative as neither labour produced anything extra. Everything produced was consumed or used. Property was common and labour was not exploited. With the changes in technology that enabled peoples to settle down, animals to be housed and crops to be grown, suddenly the male side of the division of labour had the capacity and did indeed produce surplus and exchangeable goods whereas the female's labour did not.

6 Here the domestication of animals and the breeding of herds had developed a hitherto unsuspected source of wealth and created entirely new social relations. Up to the lower stages of barbarism, permanent wealth had consisted almost solely of house, clothing, crude ornaments and the tools for obtaining and preparing food Food had to be won afresh day by day. Now, with their herds of horses, camels, asses, cattle, sheep, goats, and pigs, the advancing pastoral peoples had acquired property which only needed supervision and rudest care to reproduce itself in steadily increasing quantities All former means of procuring food now receded into the background; hunting, formerly a necessity, now became a luxury. F. Engels, 1884 The Origin of the Family, Private Property and the State'.

7 Men now dominated in the economic process and very soon they dominated in every aspect of life. economic , political and social exploitation had begun. Slave Society , Private Property and the State The technological advances made also created the ability of settled communities to keep slaves, house and feed them. Thus marks the beginning of slavery and the slave trade. Slaves now became the major source of labour upon which wealth and goods were created. Slave Society existed, the first fully classed Society . All this was created by technological advancement and the relations it created within Society , the method of production and exchange. The family did not multiply so rapidly as the cattle. More people were needed to look after them.

9 Private property on a large scale and as the basis of Society came about through violent pillaging, robbery and plunder, through genocide and murder. Private property as a basis of Society amounts to accepting robbery as the basis of your state. In a very basic form we understand a State as being the ruling and governing force in a given territory. This force was developed by slave owners to control slave Society and maintain slavery as the institution of exploitation upon which their wealth and positions of privilege were maintained. The state is a product of Society at a particular stage of development As the state arose from the need to keep class antagonisms in check it is normally the state of the most powerful ruling economic class, which by its means become also the politically ruling class, and so acquires new means of holding down and exploiting the oppressed class.

10 The ancient state was, above all, the state of the slave-owners for holding down the slaves, just as the feudal state was the organ of the nobility for holding down the peasant serfs and bondsmen, and the modern representative state is the instrument for exploiting wage-labour by capital. F. Engels 1884 The Origin of the Family, Private Property and the State'. Within slave Society there was conflict, conflict between those who owned the producing ability and those who worked it, conflict between the slave owners and the slaves. We all now heroic stories or have seen films of slave revolts. Slavery as the dominant method of production through the ancient empires soon found itself unable to sustain the very world it created. 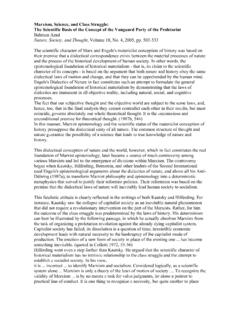 epistemological foundation of historical materialism - that is, its claim to the scientific character of its concepts - is based on the argument that both nature and history obey the same dialectical laws of motion and change, and that they can be apprehended by the human mind.

Ideology A central feature of Marxist theory is the 'materialist' stance that social being determines consciousness.According to this stance, ideological positions are a function of class positions, and the dominant ideology in society is the ideology of 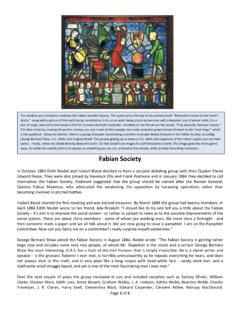 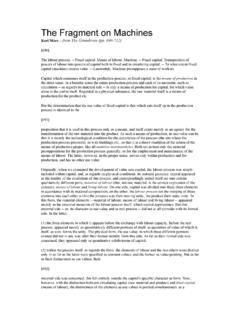 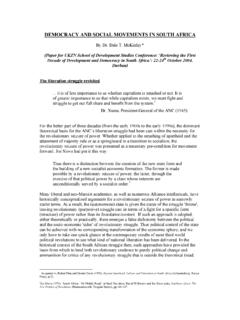 DEMOCRACY AND SOCIAL MOVEMENTS IN … 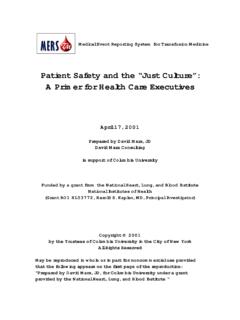 Patient Safety and the “Just Culture”: A Primer for …

STATE LEVEL SYLLABUS OF SOCIOLOGY FOR …

1 STATE LEVEL SYLLABUS OF SOCIOLOGY FOR UNDERGRADUATE LEVEL B.A. I Sociology Paper Ist: Introduction to Sociology. Objectives: This introductory paper is intended to acquaint the students with sociology as a

Chapter One: The Sociological Perspective

Chapter One: The Sociological Perspective Learning Objectives Discuss the different components of the sociological perspective. Understand the origins of sociology.