CH.125 – 6] MATRIMONIAL CAUSES STATUTE LAW OF THE BAHAMAS [Original Service 2001] Judicial Separation 3. (1) A petition for judicial separation may be presented to the court by either party to a marriage on any

2 17. Court may order respondent or co-respondent to be dismissed from suit. 18. Grounds for dismissing petition. 19. Power of court on proof of petition. Void and Voidable Marriages 20. Petition for nullity 21. Void marriage. 22. Voidable marriage. 23. Decree of nullity. 24. Effect of decree on voidable marriage.. [Original Service 2001] STATUTE LAW OF THE Bahamas . 2] Matrimonial Causes . Financial Provisions 25. Financial provision and property adjustment orders. 26. Maintenance pending suit. 27. Financial provision orders in connection with Matrimonial proceedings. 28. Property adjustment orders in connection with Matrimonial proceedings. 29. Matters to which court is to have regard in deciding how to exercise its powers under sections 25, 27 and 28. 30. Commencement of proceedings for ancillary relief. 31. Neglect by party to marriage to maintain other party or child of the family. 32. Duration of continuing financial provision orders in favour of party to marriage, and effect of remarriage.

3 33. Duration of continuing financial provision orders in favour of children, and age limit on making certain orders in their favour. 34. Attachment of earnings or pension to satisfy financial provision order. 35. Variation, discharge, etc., of certain orders for financial relief. 36. Payment of certain arrears unenforceable without the leave of the court. 37. Orders for repayment in certain cases of sums paid under certain orders. 38. Rights of mortgagee not affected. 39. Court may make orders for occupation of Matrimonial home. 40. Sale of home or payment may be directed by Court. 41. Court may vest in parties in common. 42. Court may vest tenancy of dwelling house in petitioner or respondent. 43. Landlord to have right to be heard. 44. Order in respect of furniture. 45. Exclusion of common law rights. 46. Interpretation. 47. Application of provisions to nullity and judicial separation. Damages, Procedures, Maintenance Agreements, etc.

4 48. Court may give relief to respondent without the filing of a petition. 49. Abolition of right to claim damages for adultery 50. Rules of court. 51. Validity of maintenance agreements. 52. Alteration of agreements by court during lives of parties. 53. Alteration of agreements by court after death of one party . 54. Avoidance of transactions intended to prevent or reduce financial relief. 55. Orders for repayment in certain cases of sums paid after cessation of order by reason of remarriage. 56. Payments etc., under order made in favour of person suffering from mental disorder. 57. Facts arising in proceedings. 58. When a question is ordered to be tried by a jury, they may be summoned as in the court. 59. Question to be tried to be reduced into writing. 60. Issues may be tried in court. STATUTE LAW OF THE Bahamas [Original Service 2001]. Matrimonial Causes [ 3. 61. Every decree for divorce or for nullity of marriage to be a decree nisi.]

5 Liberty to show why decree should not be made absolute. Attorney-General may intervene. 62. Costs of persons intervening. 63. Court may send papers to Attorney-General. 64. When divorced persons may marry again. 65. Criminal conversation. 66. Power to appoint commissioners on Out Islands to administer oaths. Jurisdiction in Matrimonial Proceedings 67. Jurisdiction of Supreme Court. Supplemental 68. Recognition of overseas decrees. 69. Marriage governed by foreign law or celebrated abroad. 70. Presumption of death and dissolution of marriage. 71. Direction for settlement of instrument for securing payments or effecting property adjustment. 72. Abolition of wife's dependent domicile. Protection, Custody, etc., of Children 73. Restrictions on decrees for dissolution, annulment or separation affecting children. 74. Orders for custody and education of children affected by Matrimonial issues. 75. Power to provide for supervision of children.

6 [Original Service 2001] STATUTE LAW OF THE Bahamas . 4] Matrimonial Causes . STATUTE LAW OF THE Bahamas [Original Service 2001]. Matrimonial Causes [ 5. 6 of 1879. CHAPTER 125 18 of 1954. 1 of 1957. 47 of 1967. Matrimonial Causes 7 of 1962. 43 of 1964. An Act relating to divorce and Matrimonial Causes 46 of 1964. within The Bahamas . 9 of 1983. 17 of 1988. 9 of 1991. [Commencement 11th March, 1879]. 1. This Act may be cited as the Matrimonial Causes Short title. Act. 2. In this Act, unless the context otherwise requires Interpretation. adultery includes any voluntary act of an intimate 9 of 1983, s. 2. sexual nature, other than that regarded as an act of mere familiarity, between one party to a marriage with another party of the opposite sex who is not the other spouse and which act is inconsistent with that sexual fidelity that is presumed in the interest of public policy to exist between parties to a marriage, or any conduct between a party to a marriage with another person as afore-mentioned whereby a strong presumption arises that such sexual act occurred between them.

7 Court means the Supreme Court. cruelty includes voluntary conduct reprehensible in 9 of 1983 s. 2. nature or which is a departure from the normal standards of conjugal kindness on the part of one party to a marriage thereby occasioning injury to the health of the other spouse or a reasonable apprehension of it on the part of that other spouse and being conduct which, after taking due account of all the circumstances of the case, would be considered to be so grave and weighty a nature that should such other spouse be called upon to continue to endure it, would be detrimental to his or her health;. desertion includes behaviour without cause or 9 of 1983, s. 2. excuse on the part of one party to a marriage towards the other spouse whereby it can reason- ably be concluded that that party intended through such behaviour to bring the Matrimonial consortium to an end.. [Original Service 2001] STATUTE LAW OF THE Bahamas .

8 6] Matrimonial Causes . Judicial Separation Decree and effect of judicial 3. (1) A petition for judicial separation may be separation. presented to the court by either party to a marriage on any 9 of 1983, s. 3. of the grounds which a petition for divorce may be presented under section 16. (2) The grant of a decree of judicial separation does not have the effect of dissolving a marriage though it shall no longer be obligatory for the petitioner to cohabit with the respondent as long as the decree is in effect. (3) A person shall not be prevented from presenting a petition for divorce, or the court from granting a decree of divorce, by reason only that the petitioner or respondent has at any time, on the same facts or substantially the same facts as those proved in support of the petition, been granted a decree of judicial separation or an order under Ch. 126. section 4(1) of the Matrimonial Causes (Summary Jurisdiction) Act.

9 (4) On a petition for divorce in such a case as is mentioned in subsection (3) the court may treat the decree of judicial separation or order as sufficient proof of any adultery, desertion or other fact by reference to which it was granted, but shall not grant a decree of divorce without receiving evidence from the petitioner. (5) Where a petition for divorce in such a case follows a decree of judicial separation or an order containing a provision exempting one party to the marriage from the obligation to cohabit with the other, for the purposes of that petition a period of desertion immediately preceding the institution of the proceedings for the decree or order shall, if the parties have not resumed cohabitation and the decree or order has been continuously in force since it was granted, be deemed immediately to precede the presentation of the petition. Proof of petition 4. (1) On the hearing of a petition for judicial for judicial separation.

10 Separation the court, on being satisfied of the truth of the 9 of 1983, s. 4. allegations therein contained and that there is no legal ground why the petition should not be granted, may subject to subsection (2) grant a decree of judicial separation. (2) Sections 16(2), (3), 17 and 18 shall, as they apply to divorce, apply mutatis mutandis to a petition for judicial separation. STATUTE LAW OF THE Bahamas [Original Service 2001]. Matrimonial Causes [ 7. 5. A wife deserted by her husband may, at any time Property of a wife deserted by after such desertion, apply to the court, or to a magistrate, her husband for an order to protect any money or property she may protected. acquire by her own lawful industry, and property which she may become possessed of after such desertion, against her husband or his creditors, or any person claiming under him, and the court or magistrate, if satisfied of the fact of such desertion, and that the same was without reasonable cause, and that the wife is maintaining herself by her own industry, or property, may make and give to the wife an order protecting her earnings and property acquired since the commencement of such desertion, from her husband and all creditors and persons claiming under him, and such earnings and property shall belong to the wife as if she were a femme sole.] 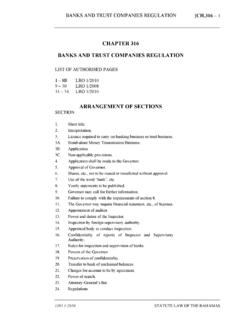 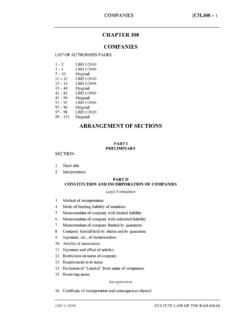 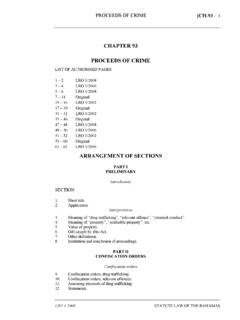 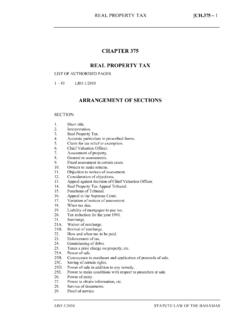 REAL PROPERTY TAX [CH.375 – 3 LRO 1/2010 STATUTE LAW OF THE BAHAMAS CHAPTER 375 REAL PROPERTY TAX An Act for the taxation of real property and for matters incidental thereto or connected therewith. 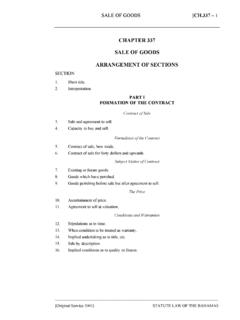 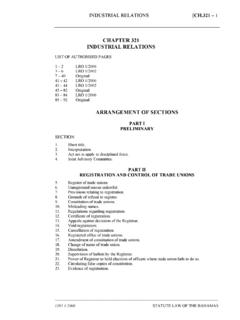 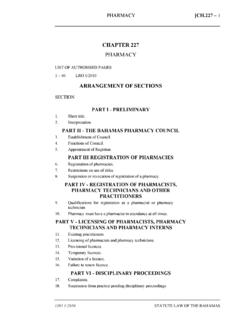 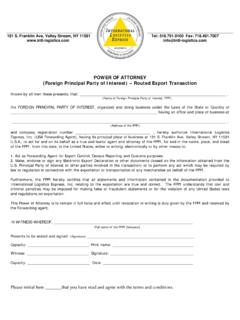 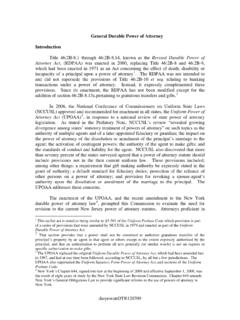 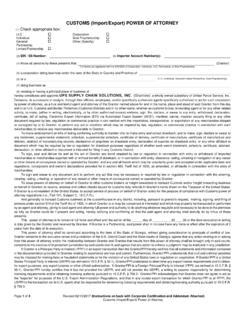 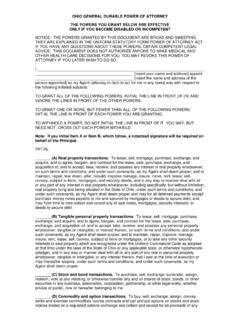 ohio general durable power of attorney . the powers you grant below are effective only if you become disabled or incompetent. notice: the powers granted by this document are broad and sweeping. 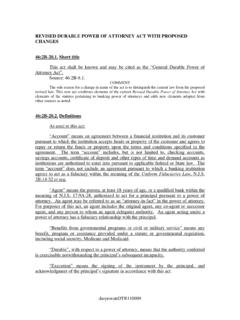 REVISED DURABLE POWER OF ATTORNEY ACT WITH PROPOSED CHANGES . 46:2B-20.1. Short title This act shall be known and may be cited as the “General Durable Power of 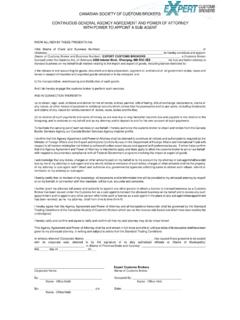 USPPI Responsibility Information Sheet Version 1.0 - February 6, 2013 Any item that is sent from the United States to a foreign destination is an export. 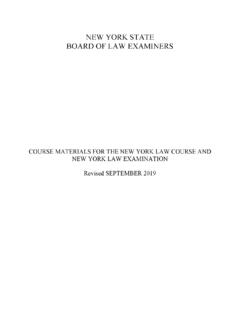 Course Materials for the NYLC/NYLE - Bole

CORRECT WAY TO COMPLETE THE SHIPPER’S …