4 McGinley, Jr., Chairman, by Phone ALVIN C. Bush, Vice Chairman Arthur Coccodrilli Regulation No. 14-468. Robert J. Harbison, m Department of Public Welfare John F. Mizner General Principles for Rate and Price Setting On September 4, 2001, the Independent Regulatory Review Commission (Commission). received this regulation from the Department of Public Welfare (Department). This rulemaking amends 55 Pa. Code, Chapter 1187. Notice of proposed rulemaking was omitted for this regulation; it will become effective upon publication in the Pennsylvania Bulletin, This regulation extends the timeframe for transition payments to county nursing facilities for the period January 1, 1999, through June 30, 2003.

5 The transition payments were negotiated between the Department and the County Commissioners Association of Pennsylvania in the Intergovernmental Transfer Agreement. We have determined this regulation is consistent with the statutory authority of the Department (62 201(2)) and the intention of the General Assembly. Having considered all of the other criteria of the Regulatory Review Act, we find promulgation of this regulation is in the public interest. BY ORDER OF THE COMMISSION: This regulation is approved. 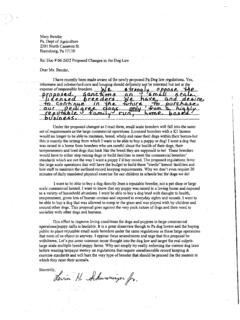 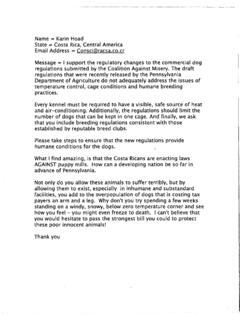 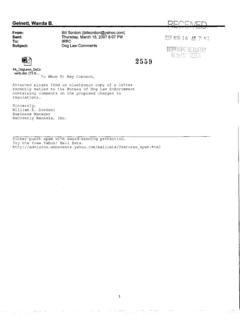 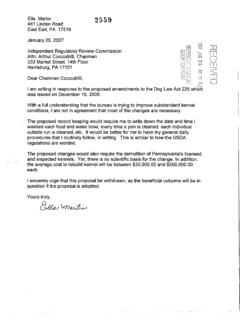 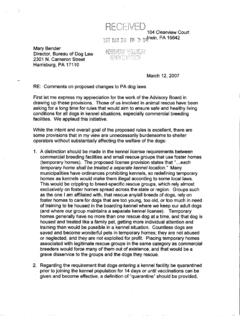 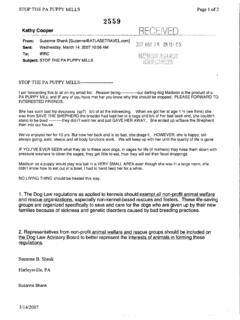 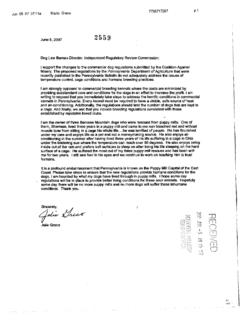 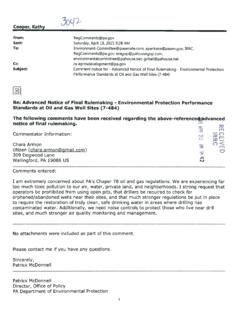 1. The Dog Law regulations as applied to kennels …

Page 1 of 1 IVcUny wwr., From: Jeff Slagel Oeffs@bobking.com] Sent: Thursday, March 15, 2007 7:15 AM To: IRRC Subject: re: puppy mills Dear Sir, As a former resident of Pittsburgh, it saddens me deeply to find that Pennsylvania is one of the worst states in 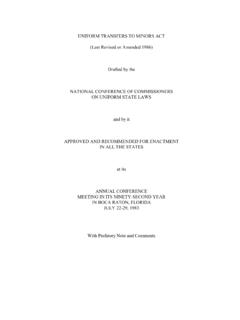 3 UNIFORM TRANSFERS TO MINORS ACT PREFATORY NOTE This Act revises and restates the Uniform Gifts to Minors Act (UGMA), one of the Conference's most successful products, some version of which has been enacted in every American 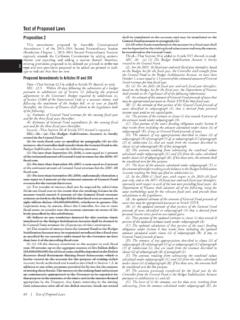 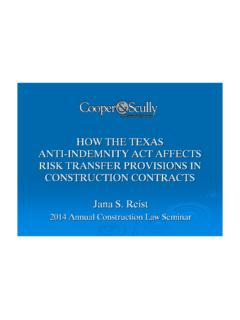 HOW THE TEXAS ANTI-INDEMNITY ACT AFFECTS … 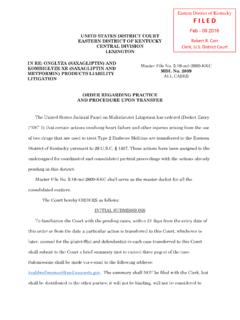 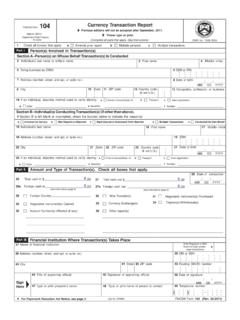 FinCEN Form 104 (Eff. 03-2011) Page 3 Suspicious Transactions This Currency Transaction Report (CTR) should NOT be filed for …