MEDIA Pack 2018 Final 1 16/11/2017 16:33 Page 2. MEDIA data 2018 . 2018 . Follow us on: Project1_Layout 1 16/11/2017 16:52 Page 1. ABOUT AQUA~ MEDIA INTERNATIONAL CIRCULATION AND READERSHIP PROFILE. A qua~ MEDIA International is committed to conveying information on the beneficial role Hydropower can play in world energy supply, and the value to society of Each issue has a regional focus (Africa, Asia, Latin America, North America or Europe), as well as a variety of technical themes. Reports are published on the T he International Journal on Hydropower & Dams is read in 185 countries and more than 3000 copies of each edition are distributed worldwide.

www.hydropower-dams.com ABOUT AQUA~MEDIA INTERNATIONAL Aqua~Media International is committed to conveying information on the beneficial role hydropower can

1 MEDIA Pack 2018 Final 1 16/11/2017 16:33 Page 2. MEDIA data 2018 . 2018 . Follow us on: Project1_Layout 1 16/11/2017 16:52 Page 1. ABOUT AQUA~ MEDIA INTERNATIONAL CIRCULATION AND READERSHIP PROFILE. A qua~ MEDIA International is committed to conveying information on the beneficial role Hydropower can play in world energy supply, and the value to society of Each issue has a regional focus (Africa, Asia, Latin America, North America or Europe), as well as a variety of technical themes. Reports are published on the T he International Journal on Hydropower & Dams is read in 185 countries and more than 3000 copies of each edition are distributed worldwide.

2 Additional We ensure that the journal reaches the main water and power utilities or government departments (ministries of water and energy) in all countries with active water carefully planned multipurpose water storage and outcomes of events organized by ICOLD, ICID, the copies are distributed to delegates at the major resources development programmes. associated infrastructure. Information is disseminated World Water Council, UNFCCC and others. international and regional conferences organized by Aqua~ MEDIA as well as at other key industry events at The AMI Hydropower Foundation co-sponsors on: The annual publication, the H&D World Atlas & circulation costs to those requesting issues in the least I water policy issues and global challenges.

3 Which Aqua~ MEDIA participates. Industry Guide, represents a unique source of developed countries of Asia and Africa. reference, with data thoroughly researched each year I best practice in planning, design and construction Aqua- MEDIA International is a member of the Audit in collaboration with national and regional authorities, Bureau of Circulation (ABC). Between August 2013 Readership surveys have demonstrated that each copy to provide a comprehensive world survey of water and December 2016, an average of 3027 copies of of the journal is read by 8 to 10 people on average, of projects; because many organizations circulate the journal I state-of-the-art technology.

4 Resources development in about 170 countries. each issue of the Journal were sent out to subscribers and to our controlled circulation. The latter includes internally. Surveys indicate that Hydropower & Dams I national and regional policies; and, Maps and technical posters complete the portfolio of is regarded as the most widely read (and retained). publications. The annual World Map, and various copies requested by readers (at utilities, ministries and I market trends and business information. consulting companies) in the less developed countries. technical and business journal in this market, as a regional maps (produced to coincide with major result of the mix of high-level technical content, and industry events), present world statistics and project The next ABC audit will cover the six issues in 2017.

5 Business and policy coverage. Working with professional associations, convening and locations in a visually attractive format. participating at international events, and travelling The ABC headline' figure excludes extra Organizations retain their copies as a source of reference, The Aqua~ MEDIA website provides regular information extensively to projects worldwide, the editorial team is on the company's activities, as well as a Calendar bulk distribution at around 10 major and if they find a copy is missing, they often purchase aware of key issues and challenges for the profession.

6 Of Events for the industry. Journal subscribers can industry events each year. back-issues to complete the set. Aqua~ MEDIA 's publications and conferences provide benefit from extra on-line business news and tender For example, copies were distributed in A minimum of 4000 copies of each journal is printed (4500. year-round opportunities to convey the most up-to- information uploaded between issues of the printed 2017at: the 7th World Water Forum, Daegu (600. when a large bulk distribution is required for an event). date information to the industry. publication.)

7 Copies); The African Development Bank Annual We retain about 100 copies for future sales. A signifi- Meeting, Lusaka (300 copies); Hydropower : The Publications Events cant investment has been made in recent years in Caspian and Central Asia, Tbilisi (150 copies); increasing the circulation in less-developed countries, The bi-monthly International Journal on Hydropower As an extension of Aqua~ MEDIA 's publishing activity, & Dams, entering its 25th year in 2018 , is read in more AFRICA 2017 (Marrakech (800 copies); ICOLD 2017, where there is a strong need for technical and business the company plays an active role in the profession Prague (1000 copies); ADSDO Conference, San Anto- than 180 countries by Hydropower specialists, dam through the organization of major international and information, in view of the major schemes moving owners and operators, planners, developers, researchers, nio (300 copies); Power of Water, Niagara (300 ahead and being planned.)

8 This involves a regular regional events. These bring together delegations consultants, financiers, contractors, suppliers, teachers from all parts of the world, to address topical issues in copies); and, British Hydropower Association's review of the controlled circulation list, to ensure we and students. It is a Journal which is taken seriously sessions, panel discussions and workshops. Annual Conference (100 copies). are reaching the most appropriate people. and retained as a source of reference; back issues are frequently requested. AMI Hydropower Foundation Topics covered include: research and development for Aqua~ MEDIA International founded the AMI Readership by main business category (%).

9 Hydropower Foundation, a charitable body, governed hydro machinery; dam, powerplant and spillway safety; by an international Board of Trustees, in 2007. Developer/Owner/Operator/Manager/Governm ent Developer/Owner/Operator/Manager/Governm ent dam design and construction; flood discharge works; A percentage of revenue from the annual HYDRO Conferences is Consultant/Design Engineer Consultant/Design Engineer marine energy; pumped storage; uprating and transferred to the Foundation each year, and additional donations are Contractor/Manufacturer/Supplier Contractor/Manufacturer/Supplier made by companies and individuals in the Hydropower profession.

10 Refurbishment; climate resilience; and, environmental The funds are used to assist eligible delegates from less developed Financial Financial and social aspects. Articles are aimed at enhancing countries to attend the H&D Conferences, with applications for Research/Education Research/Education the safety, efficiency and economy of future Hydropower funding being reviewed by the Trustees. In this way, Aqua~ MEDIA Professional Association/Society/NGO. helps to ensure that the expertise emerging from the presentations Professional Association/Society/NGO Other (legal, insurance, etc.) 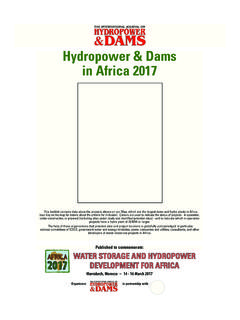 Hydropower & Dams in Africa 2017 This booklet contains data about the projects shown on our Map, which are the largest dams and hydro plants in Africa 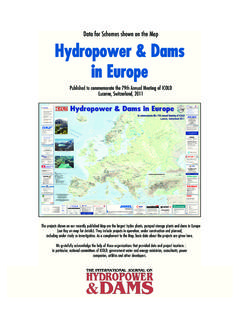 Data for Schemes shown on the Map Hydropower …

Data for Schemes shown on the Map Hydropower & Dams in Europe Published to commemorate the 79th Annual Meeting of ICOLD Lucerne, Switzerland, 2011 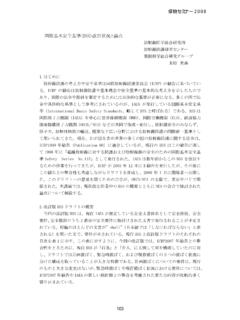 China’s Policies and Actions for

China’s Policies and Actions for 2 Addressing Climate Change change were improved. The carbon market construction is underway in an orderly manner and will be officially launched in 2017. 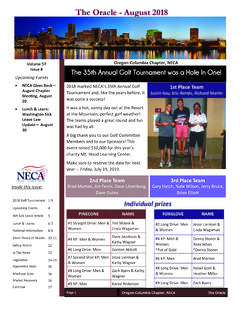 Oracle, The oracle, Nea the oracle 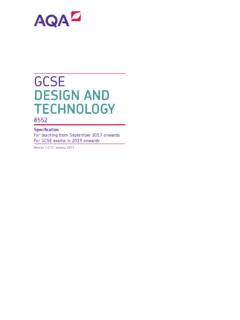 Contents 1 Introduction 5 1.1 Why choose AQA for GCSE Design and Technology 5 1.2 Support and resources to help you teach 5 2 Specification at a glance 7 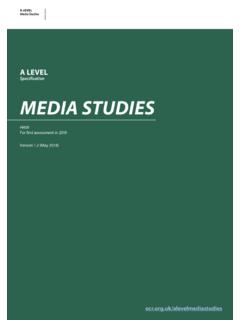 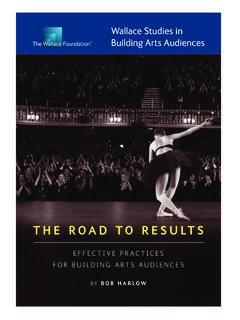 Preface A t a time when the arts face new challenges in attracting and re-taining audiences, arts leaders are eager for information about what works—and what doesn’t—in audience building.

News analysis, News, China’s Policies and Actions for, The Oracle, NEA The Oracle