MEDICAL PROBLEMS AND TREATMENT . CONSIDERATIONS FOR THE RED IMPORTED. fire ANT. Bastiaan M. Drees, Professor and Extension Entomologist DISCLAIMER: This fact sheet provides a review of information gathered regarding MEDICAL aspects of the red imported fire ant. As such, this fact sheet is not intended to provide TREATMENT recommendations for fire ant stings or reactions that may develop as a result of a stinging incident. Readers are encouraged to seek health-related advice and recommendations from their MEDICAL doctors, allergists or other appropriate specialists. Imported fire ants, which include the red imported fire ant - Solenopsis invicta Buren (Hymenoptera: Formicidae), the black imported fire ant - Solenopsis richteri Forel and the hybrid between S. invicta and S. richteri, cause MEDICAL PROBLEMS when sterile female worker ants from a colony sting and inject a venom that cause localized sterile blisters, whole body allergic reactions such as anaphylactic shock and occasionally death.

1 MEDICAL PROBLEMS AND TREATMENT . CONSIDERATIONS FOR THE RED IMPORTED. fire ANT. Bastiaan M. Drees, Professor and Extension Entomologist DISCLAIMER: This fact sheet provides a review of information gathered regarding MEDICAL aspects of the red imported fire ant. As such, this fact sheet is not intended to provide TREATMENT recommendations for fire ant stings or reactions that may develop as a result of a stinging incident. Readers are encouraged to seek health-related advice and recommendations from their MEDICAL doctors, allergists or other appropriate specialists. Imported fire ants, which include the red imported fire ant - Solenopsis invicta Buren (Hymenoptera: Formicidae), the black imported fire ant - Solenopsis richteri Forel and the hybrid between S. invicta and S. richteri, cause MEDICAL PROBLEMS when sterile female worker ants from a colony sting and inject a venom that cause localized sterile blisters, whole body allergic reactions such as anaphylactic shock and occasionally death.

2 In Texas, S. invicta is the only imported fire ant, although several species of native fire ants occur in the state such as the tropical fire ant, S. geminata (Fabricius), and the desert fire ant, S. xyloni McCook, which are also capable of stinging (see FAPFS010 and 013. for identification keys). Over 40 million people live in areas infested by the red imported fire ant in the southeastern United States. An estimated 14 million people are stung annually. According to The Scripps Howard Texas Poll (March 2000), 79 percent of Texans have been stung by fire ants in the year of the survey, while 20% of Texans report not ever having been stung. West Texans were least likely to have been stung by fire ants . 61 percent compared with 90 percent in central, 89 percent in east, 86 percent in gulf, 78 percent in south and 72 percent in north Texas. A survey of 1,286 health practitioners in South Carolina estimated that over 33,000 people (94 per 10,000 population or percent) seek MEDICAL attention for imported fire ant stings, and of these, 660 people ( per 10,000 population or percent) are treated for anaphylaxis (Caldwell et al.)

3 1999). Anaphylaxis occurs in to 6 percent of persons who are stung, and these reactions have been reported to have caused more than 80 deaths (deShazo et al. 1999). In 1998, the average household cost for imported fire ant PROBLEMS per Texas household in urban areas was $ , with $ being spent on MEDICAL care costs. The total annual metroplex (Austin, Dallas, Ft. Worth, Houston and San Antonio) expenditures for MEDICAL care costs was 9 percent, or $ million of the $526 million total expenditure cost due to the red imported fire ant (Lard et al. 2002). AVOID BEING STUNG. The best tip for avoiding MEDICAL emergencies associated with fire ants is to prevent being stung by learning to recognize threatening situations and controlling them where they are a potential problem (see publications and fact sheets on ). Be aware of fire ants and take care not to stand on ant nests or resources on which they are foraging. Teach children and visitors about fire ants and their hazard.

4 Wear protective clothing during outdoor activities, such as boots and/or tuck pant legs into socks. Control ants where they occur in areas used most frequently by people or pets. fire Ant Plan Fact Sheet #023 Dec. 2002 rev. 2. Use insect repellents on clothing or footwear (these treatments can temporarily discourage foraging ants). AVOID HIGH-RISK SITUATIONS. Quick defensive reaction. Imported fire ant workers aggressively defend their nests from invaders. When fire ant mounds are disturbed, worker ants quickly rush to the surface and climb up on any vertical objects such as grass blades, sticks or legs of people or animals that are standing on or near to the nest. Under mild to high temperature conditions, this reaction is almost immediate. However, when temperatures are cooler (less than 55 degrees F, causing cold-blooded ants to move more slowly) or extremely hot (over 95 degrees F, causing worker ants to reside deeper in the soil), reaction can be delayed.

5 Generally, these ants can begin to sting within 10 to 20 seconds after climbing upon victims. Do not disturb ant nests. Although large visible ant mounds are avoided by most people, smaller mounds or nests with little worked soil can be stepped on inadvertently. Colonies can also be formed under rocks, wood or other debris on the ground. Furthermore, stepping on a mound may be almost unavoidable in some areas where there are over 200 mounds per acre, as found in areas infested with the multiple queen (polygyne) form of the fire ant. Colonies frequently migrate from one site to another on the surface of the ground or in cracks during dry periods. Ants in migrating colonies are highly defensive and should be avoided. Also, during flooding conditions, colonies are capable of floating in clusters or rafts, posing a threat to anything encountering them. Watch for foraging ants. People weeding in landscape beds or vegetable gardens, or merely walking through tall vegetation can encounter foraging worker ants.

6 These ants will readily sting, particularly when caught underneath cloths or pinched in folds of skin. fire ant mounds have subterranean tunnels produced by worker ants that lead to openings where foragers emerge. Upon discovering needed resources, foraging ants recruit other worker ants to those sites. Thus, edges of bodies of water, trash cans and areas with spilled food or sugary drinks become areas where large numbers of foraging workers congregate. Expect indoor invasions. fire ant workers can easily enter structures through even tiny cracks and crevices and forage in and around laundry, pet bowls or other areas where food and water resources are encountered. Occasionally, entire colonies will migrate into structures and nest in wall voids or other locations. This is particularly common when conditions outdoors become very hot and dry or when flooding occurs in the immediate landscape. fire ants move into beds of children or immobile people during the night.

7 A number of serious multiple stinging incidents have occurred indoors in Texas (Drees 1995) and elsewhere (deShazo et al. 1999). Frequently, samples of ants are not collected when indoor stinging incidents are discovered, making it impossible to determine if the imported fire ants were foraging from colonies located elsewhere such as outdoors, or if the ants were from a migrating colony as indicated by presence of brood (eggs, larvae and pupae among the adult ants). fire Ant Plan Fact Sheet #023 Dec. 2002 rev. 3. THE STINGING INCIDENT. Single worker ants can bite and sting several times. When stinging, the worker attaches to the skin with its chewing mouth parts (mandibles), pulling the skin, pinching it and raising it slightly, causing a pricking sensation. Then the ant arches its back, doubling under its abdomen and forcing the stinger into the tissue. After inflicting the first sting, it may remove the stinger and, rotating or pivoting around the head, it may sting several more times, leaving a circular pattern of sting sites.

8 Multiple stinging incidents from many ants. Because large numbers of worker ants often occur together, as in a nest, incidents usually involve multiple stings. When, for instance, a person steps into a mound, hundreds of ants can rapidly crawl ( cm per second) up their leg. Within several seconds, they begin stinging almost simultaneously. High numbers of stings can lead to severe MEDICAL reactions even in people with normal immune systems. Infants, neurologically compromised people, the elderly and otherwise immobile or unaware individuals are at a higher risk of multiple stinging incidents and should be supervised carefully. REMOVING STINGING ANTS. Because worker ants use their jaws (mandibles) to gain leverage to sting, they are fixed tightly to the skin or clothing. Merely jumping into water or running water across ants from a spigot will not remove them. The best method is to rub them off briskly by hand or using a cloth. THE STINGER, POISON GLAND AND VENOM.

9 The stinger on worker ants is a modified egg-laying structure (ovipositor). Worker ants are sterile females incapable of producing eggs. A poison gland containing venom is attached to the stinger. Queen and winged reproductive (unmated queen) ants also contain a poison gland. However, they do not use their ovipositor as a stinger as do worker ants. Males of ants, wasps and bees do not possess stingers. The venom of imported fire ants is produced in a gland connected to the stinger and contains two major components: alkaloids and proteins. The oily aliphatic substituted alkaloids ( , the piperidine alkaloid, Solenopsin A) are toxic to cells and cause a pustule to form by killing cells at the site of the injection. These dead cells attract the body's defensive white blood cells, which accumulate at the venom site and form a pustule. If the skin is broken by scratching, bacteria may enter, causing an infection. The venom also contains a protein component (less than 1 percent), which has little or no effect on most people.

10 However, some people are sensitive to these proteins, and a sting can lead to a major allergic reaction called anaphylactic shock fire Ant Plan Fact Sheet #023 Dec. 2002 rev. 4. (Vinson and Sorenson 1986; also see Baer et al. 1997, Hoffman et al. 1988). REACTIONS TO STINGS. People vary greatly to their sensitivity to fire ant stings, with some claiming to be resistant to the venom. Others are hypersensitive to venom or may have other MEDICAL conditions ( , heart condition, diabetes) that can result in serious MEDICAL PROBLEMS or even death from a single sting. Secondary bacterial infection can also be a problem, and might require longer-term MEDICAL attention. While most people can tolerate many stings, severe allergic reactions (anaphylaxis) occur in less than 1% of people stung by fire ants. Localized skin reaction to venom. The site of the sting hurts for a few minutes and then reddens; then it swells into a bump or hive within 20 minutes. The intense burning sensation that occurs when the venom is injected accounts for the popular name of fire ant. 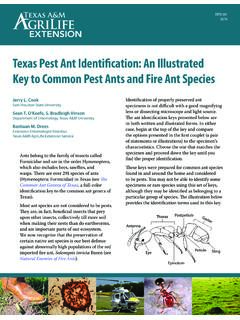 Texas Pest Ant Identification: An Illustrated Key Start at the top and decide on the character (key feature) described, then proceed to the next question

Texas Pest Ant Identification: An Illustrated Key Start at the top and decide on the character (key feature) described, then proceed to the next question 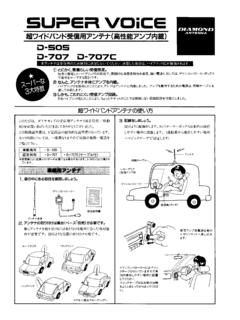 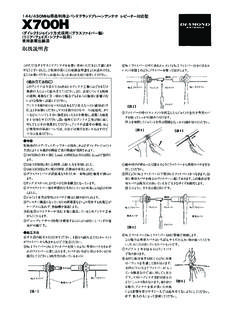 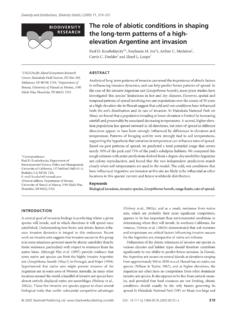 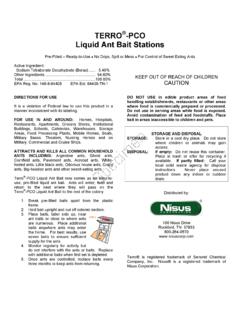 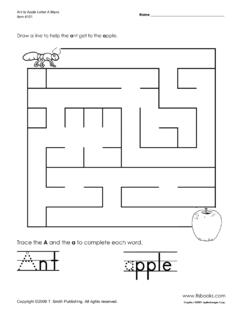