Medicines to Avoid for Alzheimer's Patients

136 Drugs That Can Cause Cognitive Impairment /Home/ Alzheimer's Treatments/ Medicines to Avoid for Alzheimer's Patients drug -induced dementia and delirium are commonly misattributed to underlying medical illness or merely to "old age." But Patients (and even their doctors!) might not know that by stopping or modifying the dosage of numerous, frequently prescribed drugs, most Patients can be restored to a pre- drug state of mental function. Fortunately, the drug safety experts at have identified 136 drugs from published studies that can cause memory loss, confusion and other forms of cognitive impairment in older adults. Part 1 drug -Induced Cognitive Impairment: Anticholinergic Effects Part 2 drug -Induced Cognitive Impairment: Delirium and Dementia PART 1 drug -INDUCED COGNITIVE IMPAIRMENT: ANTICHOLINERGIC EFFECTS As you age, some degree of difficulty recalling memories is considered normal.

1 136 Drugs That Can Cause Cognitive Impairment /Home/ Alzheimer's Treatments/ Medicines to Avoid for Alzheimer's Patients drug -induced dementia and delirium are commonly misattributed to underlying medical illness or merely to "old age." But Patients (and even their doctors!) might not know that by stopping or modifying the dosage of numerous, frequently prescribed drugs, most Patients can be restored to a pre- drug state of mental function. Fortunately, the drug safety experts at have identified 136 drugs from published studies that can cause memory loss, confusion and other forms of cognitive impairment in older adults. Part 1 drug -Induced Cognitive Impairment: Anticholinergic Effects Part 2 drug -Induced Cognitive Impairment: Delirium and Dementia PART 1 drug -INDUCED COGNITIVE IMPAIRMENT: ANTICHOLINERGIC EFFECTS As you age, some degree of difficulty recalling memories is considered normal.

2 However, more pronounced memory loss could indicate a serious problem, such as dementia (which includes alzheimer s disease). That s why the occurrence of memory loss or other forms of cognitive impairment such as difficulty with attention, language or other brain function can be so alarming. Although most types of dementia cannot be reversed, there are several form that can be undone. Importantly, a wide array of commonly prescribed medications, especially certain antidepressants and pain medications, can cause cognitive impairment which may be reversed by stopping the drug . Unfortunately, this reversible cause is often over-looked. But new evidence is emerging that shines additional light onto this important drug -induced adverse event. While medications are known to cause many unwanted side, many doctors fail to identify the drug as the culprit.

3 In the elderly, adverse effects of medications are generally more pronounced. This is due to a host of factors, including increased sensitivity to a drug s effects, slower rates of elimination from the body and consumption of multiple drugs at a time. A well-known side effect of many drugs involves their effects (specifically interference) with one of the chemicals responsible for transmitting signals between nerve cells in our bodies, called "acetylcholine." This "neurotransmitter" is vital for diverse array of nervous system functions from muscle movement to sweating to memory, so it is no surprise that interfere with it, or drugs with "anticholinergic" properties, can cause a host of symptoms (see Box). Anticholinergic effects confused with early signs of dementia Drugs with anticholinergic properties can cause delirium, but longerterm effects, which may be mistaken as the early signs of dementia, have not been studied as well for this class of drugs.

4 However, a recently published study specifically looked at this problem. The authors created a tool in which they rated many medications according to their anticholinergic properties on a scale of zero (no anticholinergic properties) to three (extremely anticholinergic; see Table). After adjusting for other factors that may account for cognitive decline, the authors noted a decrease on two measures of cognitive performance in men aged 65 and older. For each point on their scale, Patients had a decrease of on a cognitive test and on a measure of routine activities one can perform for themselves (another measure of intact cognition). Unfortunately, cognitive decline that is due to anticholinergic medications is often overlooked because most medications listed in the accompanying Table would not necessarily, alone, account for a striking decline in memory or other cognitive function.

5 But, the cumulative impact of consuming multiple medications with anticholinergic effects may be significant, resulting in unnecessary distress among Patients , families and physicians alike. While these findings are only preliminary, they permit physicians and Patients to semi-quantitatively account for the anticholinergic effects of a patient s medications when the patient complains of memory and other cognitive problems. If you are suffering from a troubling decline in one of your cognitive functions, the first thing you and your physician should do is take a look at your medication list. The answer may be as simple as changing to an alternative or stopping an offending drug or multiple drugs. _____ Box. Full List of Anticholinergic Effects Cognitive impairment Delirium Hallucinations Rapid heart rate Dry mouth Constipation Urinary retention(inability to urinate) Decreased sweating/fever/overheating Skin flushing & inability to sweat Pupil dilation & difficulty with vision _____ _____ Table.

8 This is known as drug -induced cognitive impairment, and it is an important syndrome to recognize, because in almost all cases it can be reversed or returned to the pre- drug state (in the case of people whose cognitive impairment was worsened by drugs) by stopping the offending drug . Both in the hospital and office settings, drug -induced cognitive impairment is often overlooked and attributed to an underlying medical illness or merely to "old age," when it is actually a side-effect of a drug . In many cases, the reason for prescribing the culprit drug is questionable, or the cognitive impairment is related to taking multiple drugs at once. As discussed in Part I of this series, there are many drugs that cause delirium and dementia (see Box 2 for definitions of delirium and dementia) through their anticholinergic effects.

9 Most of these drugs have important functions other than blocking the neurotransmitter acetylcholine. In addition, there are several other classes of drugs can cause cognitive impairment in susceptible individuals. Drugs that can cause cognitive impairment drug -induced cognitive impairment is most commonly linked to benzodiazepines, opiates, tricyclic antidepressants and anticonvulsants (drugs used to treat and prevent seizures). These, and a few other drugs, are listed in the Table and described below. This is not an exhaustive list, but includes many of the most commonly implicated drugs and ones for which we have the most evidence. Some of the drugs discussed and listed below were also mentioned in Part 1 because they had anticholinergic effects. Benzodiazepines Benzodiazepines which include tranquillizers and sleeping pills have a wide range of effects on the central nervous system.

10 They are commonly used to treat anxiety in the short-term, and also to sedate critically ill Patients or those undergoing surgery. People who take benzodiazepines chronically for anxiety, which is not recommended, can also develop more chronic cognitive impairment. Furthermore, because addiction to benzodiazepines is common, stopping them abruptly can result in a withdrawal syndrome similar to what is seen with alcohol withdrawal, including sweating, agitation, confusion, hallucinations and even seizures. Patients on benzodiazepines are at greater risk for developing delirium while hospitalized, and when benzodiazepines are used to treat agitation associated with delirium from other causes, they often make it worse. Sedatives that have similar central nervous system effects as benzodiazepines, such as the commonly used sleep agents zolpidem (AMBIEN), zaleplon (SONATA) and eszopiclone (LUNESTA) can also induce delirium. 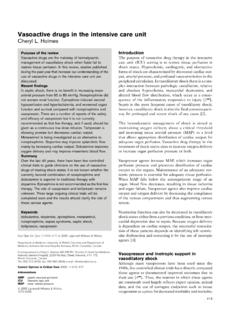 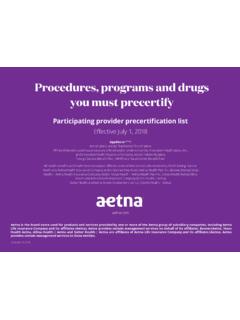 Procedures, programs and drugs you must precertify

Executive Office of the President Office of National Drug Control Policy February 2003 Street Terms: Drugs and the Drug Trade The ability to understand current drug-related street terms is an invaluable tool for law enforcement, public health, and other criminal

A Practical Guide to Prescribing Hormone …

(selective estrogen receptor modulators and phytoestrogens). Obviously, further research will be necessary to determine whether these drugs have advantages over

2010 Dialysis of Drugs 4 SEE DISCLAIMER REGARDING USE OF THIS GUIDE Molecular Weight Dialysis is dependent upon the use of a dialytic membrane: either a synthetic membrane