MERGERS AND ACQUISITIONS: STRATEGIC - organizational FIT AND OUTCOMES1. KYUNGMOOK LEE. and JOHANNES M. PENNINGS. Department of Management The Wharton School University of Pennsylvania 2000 Steinberg Hall-Dietrich Hall February 1996. 1. We acknowledge the financial support of the Limperg Institute, Amsterdam, Netherlands and the Wharton School at the University of Pennsylvania. We appreciate the clerical assistance of Ilja Gottfried and Maurice Zinken and suggestions from Paul Allison, Josef Bruderl, Ranjay Gulati, and Michael Lubatkin. MERGERS AND ACQUISITIONS: STRATEGIC - organizational FIT AND OUTCOMES. Abstract This paper examines the effects of resource complementarity and organizational compatibility on merger and acquisition (M&A) outcomes. We also explore the effect of firms' previous M&A experiences. Our investigation focuses on two classes of events following M&As: organizational dissolution and involvement in subsequent M&As, with the firm continuance following the M&A as the non-event.

1 MERGERS AND ACQUISITIONS: STRATEGIC - organizational FIT AND OUTCOMES1. KYUNGMOOK LEE. and JOHANNES M. PENNINGS. Department of Management The Wharton School University of Pennsylvania 2000 Steinberg Hall-Dietrich Hall February 1996. 1. We acknowledge the financial support of the Limperg Institute, Amsterdam, Netherlands and the Wharton School at the University of Pennsylvania. We appreciate the clerical assistance of Ilja Gottfried and Maurice Zinken and suggestions from Paul Allison, Josef Bruderl, Ranjay Gulati, and Michael Lubatkin. MERGERS AND ACQUISITIONS: STRATEGIC - organizational FIT AND OUTCOMES. Abstract This paper examines the effects of resource complementarity and organizational compatibility on merger and acquisition (M&A) outcomes. We also explore the effect of firms' previous M&A experiences. Our investigation focuses on two classes of events following M&As: organizational dissolution and involvement in subsequent M&As, with the firm continuance following the M&A as the non-event.

2 Using a multinomial logit model for repeated-event history analysis that reflects the dynamics of organizational evolution, we analyse 461 M&As in the history of the Dutch accounting industry. Our results show that compatibility is not associated with the dissolution rate but is strongly related with the probablity that a firm will engage in additional M&As. Resouce complementarity is negatively associated with the odds of dissolution and positively associated with the probability to engage in additional M&As. The results also indicate that previous M&A experience enhances both the dissolution rate and rate to engage in additional M&As. 2. INTRODUCTION. This paper examines what happens to firms that are created by a merger or acquisition (M&A). We claim that the match between merging firms, together with their prior growth history, are crucial for understanding the evolution of the newly created organization. organizational founding is typically associated with entrepreneurs, but many firms arise out of existing firms through spin-offs or M&As.

3 What sets the former apart from the latter is inheritance: the skills that endow an M&A-based firm originate from the parents, while de novo firms have to build capabilities from scratch. Whether new firms formed by the fusion of two existing firms benefit from previously acquired assets hinges partly on the combination and commingling of previously separate bundles of resources. The question that we should ask is, under what conditions will the combining of such bundles of skills yield distinct benefits for the new firm? Any M&A combines divergent cultures, STRATEGIC orientations and practices into a new configuration and thus creates intra-firm variations. Friction between existing factions is prone to occur (Phillips, 1994). Even M&As that took place many years or decades ago, like those leading to the creation of RJR-Nabisco and Royal Dutch-Shell still appear to encompass multiple cultures and practices. The magnitude of tensions at these corporations might be a function of the dissimilarity of cultures and practices of their parent firms.

4 M&As are embedded within a string of historical events. In fact, the M&A event that gives rise to a new firm is often sandwiched between previous and subsequent M&As and there is ample evidence that M&As are path dependent (Amburgey and Miner, 1992). Accordingly we should not examine the outcomes of an M&A in a temporal vacuum. Rather we should treat the event as an element in a stream of events by expanding our inquiry to the post M&A process as it is predicated on the match between 3. suitors. Specifically, that process might be influenced by the firms' previous STRATEGIC moves, including prior expansion activities. We perform a longitudinal examination of the matches of firms that participate in M&As. We employ information on 461 M&As involving Dutch accounting firms that took place during the period 1880-1990. Accounting firms are an important part of the "knowledge economy," which is becoming increasingly salient in our post-industrial societies. As knowledge-intensive firms, the compatibility and complementarity of their intangible assets and practices can be examined with fine-grained measures.

5 M&As between accounting firms are widespread and have contributed to high levels of concentration in this sector. The data lend themselves to the execution of the two- pronged inquiry of the present study: (1) What is the effect of STRATEGIC and organizational fit between merging firms on their post M&A survival chances? and (2) Do the surviving firms that emerge out of M&As have a proclivity toward an acquisitive growth strategy? This paper examines these questions while controlling for historical and environmental conditions. LITERATURE REVIEW AND HYPOTHESES. MERGERS and acquisitions can be lumped together as the mode through which previously independent firms combine to become a single entity. They may be friendly or hostile. Many studies have examined M&As. In some cases they involve co-equals, while in other instances one firm dominates its counterpart. MERGERS are distinguished from acquistions in that MERGERS are assumed to involve two firms with roughly the same size or equivalent resources.

6 If one of the two firms is much smaller we are inclined to label their fusion an acquistion. The literature, which dates from Berle and Means (1932). onwards, has focused has been on motives, organizational congruity, relatedness of lines of business, effects on performance, etc. In this paper, the attributes of merging firms and 4. their effects on performance are at the center of our inquiry. We draw therefore from those strands of literature that dwell on these issues. Attributes defining the relationships between the merging firms that stand out in the literature are potential synergy of assets and similarity of cultures and management practices. Scholars have used STRATEGIC fit or complementarity to denote the possibility of synergy and organizational fit or compatibility to refer to similarity of organizational cultures and management practices ( , Shelton, 1988; Greenwood, Hinings and Brown, 1994). These forms of fit have been examined on the basis of their performance implications.

7 Three organizational performance categories have received a great deal of attention from M&A studies. One of them is financial performance such as abnormal return in share price around the announcement of the M&A( , Lubatkin, 1987). A. second one considers the longevity of the expansion following M&A ( , Pennings et al., 1994). A third class consists of primary data such as interviews and field studies regarding M&A performance, job satisfaction, and employee turnover rate ( , Greenwood et al., 1994). The end results of M&As, however, have not been fully explored yet. Among these outcomes are firm survival. Do merging firms enjoy enhanced longevity? There are widely published cases of ill-conceived M&As, ranging from those that were undone to those that culminated in outright dissolution. There are even more examples of M&As, however, such as Unisys (Sperry and Borroughs) that failed by not delivering the income streams expected from them. Further, researchers need to understand what happens to firms that overcome the adverse effects of M&A.

8 Research on post M&A performance is bifurcated. Some studies investigate the complementarity of the merging firms, while others focus on compatability. Research on complementarity has dwelled on implications for financial performance ( , Lubatkin, 1987; Singh and Montgomery, 1987). The methodology widely used in these studies is 5. "event study," which is rooted in the capital assets pricing model of financial economics. Studies dealing with compatibility rely mostly on non-financial performance indices ( , Buono and Bowditch, 1989; Greenwood et al., 1994; Napier, 1989) and are based on ethnographic methods. This work suggests that both complementarity and compatibility are germane for the explanation of post-M&A performance. A positive M&A outcome hinges on the presence of complementary capabilities and compatible management practices. Compatibility Integration of employees is one of the most critical issues for smooth organizational transition towards a new firm (Buono and Bowditch, 1989).

9 It is particularly crucial in knowledge-intensive firms, including technology based as well as accounting firms. In a study of large firms' acquisitions of small technology-based firms, Granstrand and Sjolander (1990), for instance, reported that in 60 % of cases where key R&D personnel ( , the general manager) left the firm, the acquisition resulted in subsequent divestement or other manifestations of failure. The possibility of successful integration depends on the pair's structural and cultural similarities, since the integration of like cultures faces lower resistance from organizational members. Two firms that have similar cultures and routines are defined as compatible. In any M&A, two sets of organizational cultures and routines become unbundled and repacked into the new firm. Thus, an M&A creates more internal diversity and often results in a collision of cultures (Buono, Bowditch and Lewis, 1985; Greenwood et al., 1994; Phillips, 1994). Without some conflict resolution capability, extensive internal diversity would harm organizational functioning.

10 Attending to M&A induced conflict and strife detracts management's attention from the firm's productive activities. Incompatible M&As require more attention to conflict resolution and system integration. Consequently, they may harm the firms'. 6. ability to compete. In a competitive environment, a firm with incompatible cultures is likely to be selected out. In contrast, firms created by compatible M&As may not experience serious integration problems and can thus capitalize on the M&A experience by building a platform for additional M&A activity. Several studies have explored the relation between compatibility and M&A. performance. Chatterjee, Lubatkin, Schweiger and Weber (1992), for example, examined the relationship between top management teams' perceptions of cultural differences and acquirers' stock market gains. They found that cultural similarity had a significant and positive effect on shareholder gains. Datta (1991) reported that differences in top management styles had a negative effect on post- acquisition performance. 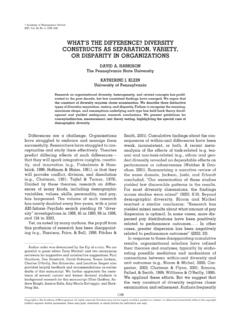 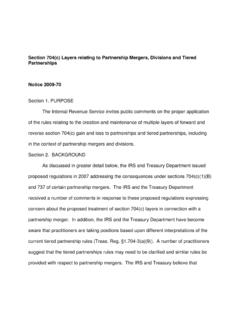 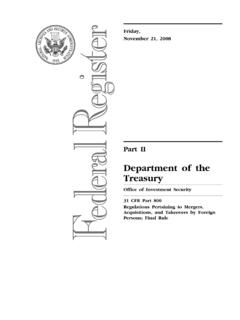 Department of the Treasury 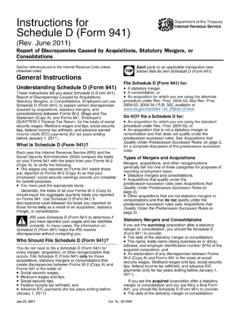 Instructions for Department of the Treasury Schedule D ...

Page 2 of 4 Instructions for Schedule D (Form 941) 13:20 - 27-JUN-2011 The type and rule above prints on all proofs including departmental reproduction proofs.