METRO-GOLDWYN-MAYER PICTURES presents a LANDSCAPE ENTERTAINMENT production in association with weinstock PRODUCTIONS. Sleepover Certificate: PG. Running Time: 97mins FOR FURTHER INFORMATION PLEASE CONTACT: 91 Berwick Street London WIF ONE. Tel: 020 7292 8330. Fax: 020 7734 2024. Ntashie Kane - 020 7292 7310 / Lizzy Follows 0207 292 8347 / Lawrence Atkinson - 0207 292 8355/ production Notes SCHOOL'S OUT! Julie (Alexa Vega) has invited her best friends Hannah (Mika Boorem), Farrah (Scout Taylor-Compton), and Yancy (Kallie Flynn Childress). to come celebrate the last day of junior high, but what begins as just another sleepover turns into the adventure of their lives. Eager to cast off their less-than-cool reputations, the friends agree to a challenge from the popular girls : an all-night scavenger hunt. with Julie's father distracted by a home-improvement project downstairs, they sneak down the rose trellis, borrow Yancy's electric car well, her parents' car dodge Julie's mother at a nightclub, steal a pair of boxer shorts from the cutest guy in town (Sean Faris), go to their first high school dance, fall in love, and in the end, learn a little something about themselves.

1 METRO-GOLDWYN-MAYER PICTURES presents a LANDSCAPE ENTERTAINMENT production in association with weinstock PRODUCTIONS. Sleepover Certificate: PG. Running Time: 97mins FOR FURTHER INFORMATION PLEASE CONTACT: 91 Berwick Street London WIF ONE. Tel: 020 7292 8330. Fax: 020 7734 2024. Ntashie Kane - 020 7292 7310 / Lizzy Follows 0207 292 8347 / Lawrence Atkinson - 0207 292 8355/ production Notes SCHOOL'S OUT! Julie (Alexa Vega) has invited her best friends Hannah (Mika Boorem), Farrah (Scout Taylor-Compton), and Yancy (Kallie Flynn Childress). to come celebrate the last day of junior high, but what begins as just another sleepover turns into the adventure of their lives. Eager to cast off their less-than-cool reputations, the friends agree to a challenge from the popular girls : an all-night scavenger hunt. with Julie's father distracted by a home-improvement project downstairs, they sneak down the rose trellis, borrow Yancy's electric car well, her parents' car dodge Julie's mother at a nightclub, steal a pair of boxer shorts from the cutest guy in town (Sean Faris), go to their first high school dance, fall in love, and in the end, learn a little something about themselves.

3 Girls Staci, Liz, Jenna, and Molly, and the winners get dibs on the coveted cool lunch spot once they start their freshman year in high school at the end of the summer. The losers have to dine al fresco adjacent to the dumpster, and far from popularity. Staci and her devious pals have built in several snags for Julie's crew. They'll have to undertake such Herculean tasks as sneaking into a grown-up nightclub, rearranging clothes on store mannequins at a crowded mall, stealing underwear from the most popular boy in the neighborhood, and somehow swiping the king or queen's crown at the high school dance. with the exuberance of youth and the support of true friends on their side, Julie and her pals must first escape Julie's house. This won't be easy, as Julie's mom, Gabby, has the girls swear to stay indoors while she herself goes out for a night on the town with her own girlfriends.

4 Also, Julie's dad, Jay, is downstairs grappling with a testy faucet while her college brother, Ren, is home and underfoot. Using their wits, a little bit of luck, and a rose trellis, the girls slip out into the night. Before this adventure is over, they will have to outrun dimwitted neighborhood security, learn to drive an impossibly small electric car, create chaos at the mall, invade a posh nightclub (where Julie's mom is dancing the night away!), elude pesky skateboarding dorks, and come face to face with the boys of their dreams. All in all, not bad for the first sleepover of the summer. PLANNING THE PERFECT SLEEPOVER. The initial idea for Sleepover came to producer Chuck weinstock when he realized that his own children, aged 6 and 9, could not see any of the films he had made. They were too young. My son became obsessed with the motion picture rating code, says weinstock .

5 I decided I should come up with a movie he and his sister could actually see, so I started thinking about what mattered to them.. Soon enough he thought of the sleepover, that suburban rite of passage. Sleepovers are an important assertion of freedom for kids, weinstock continues. It's how they practice leaving home.. At the time, weinstock had a producing deal with Bob Cooper's company, Landscape Entertainment, and together they took the film to MGM. They quickly enlisted writer Elisa Bell to come up with her own sleepover ideas and fashion a screenplay. I had a lot of sleepover parties when I was young, and I knew they hadn't really changed too much since then, says Bell. One thing I knew immediately was that the girls were going to have to sneak out of the house. We always did! . The writer patched together several ideas from her own slumber parties as well as keeping an ear open at malls and amusement parks to hear what today's young girls were getting themselves into.

6 One group she approached was on a frenzied scavenger hunt, giving the writer her idea for why Sleepover's characters would dare to leave the house. Also, I decided what was at stake: the primo lunch spot at high school, says Bell. If you got that spot, you were automatically cool. It defines who you are in school. The nerds sit in one place, the popular kids in another and that hasn't changed. I went back to my old high school not long ago and the same kids were eating in the same places.. Producers weinstock and Bob Cooper (of Landscape Entertainment) started their search for a director who would bring a fresh touch to the story while lending a talented hand to the filmmaking. First-time feature film helmer Joe Nussbaum, a young director of commercials and television, had shared earlier film projects with both weinstock and Cooper as well as Elisa Bell. One look at the script and Nussbaum clamored for a chance to direct.

7 Chuck mentioned his idea over lunch one day and told me Elisa, whom I. knew, was writing the script, says Nussbaum. When I saw the script, I loved it. It was a throwback to movies I saw as a kid like Sixteen Candles and Ferris Bueller's Day Off. These films stand the test of time because they have a lot of heart as well as laughs.. Nussbaum is a graduate of the University of Southern California Film School. He has been involved with several feature film projects after graduation thanks in part to the success of his seven-minute calling card: a short film called George Lucas in Love he directed and co-wrote in 1999. Thinking most film executives had very little time to view full-length features, he and producer (and USC alum) Joseph Levy created a film that could be viewed in under ten minutes. As a result, the comedy short not only brought Nussbaum job offers, but also became one of the most popular- selling shorts in history.

8 After a studio meeting, Nussbaum convinced the filmmakers he was right for the project. I told the studio how much I loved the story and how we could make it colorful and funny, Nussbaum continues. I wanted people to love these girls in the script and go on this adventure with them. Lucky for me, they agreed and gave me the job.. Joe is one of the few young directors who is good at both craft and storytelling, says producer Bob Cooper. Everyone who saw his short film knows he's fantastic.. Once Nussbaum was on board, the search began for the young talent who would star in the film. The filmmakers were determined to find girls and boys who were the same age as those in the script instead of finding 18-20-year-olds and having them play young. We all believed there was a delicate balance to casting kids this age, says Cooper. There is a big difference between real fourteen or fifteen-year-olds and actors who are already out of high school.

9 This realistic casting posed a few production challenges, however, related to the young actors' ages. The Screen Actors Guild has strict rules governing how long a young actor can work, and also mandates they have schooling time during their workday. Working with kids always creates scheduling problems, since they can only work so many hours a day, says weinstock . But working with kids at night is a scheduling nightmare. However late in the day you begin shooting, you have to end by 10:00. Well, if you're shooting night exteriors and it isn't getting dark until 8:00, that's not much time.. It was decided to create a reproduction inside a soundstage of the main site of the sleepover: Julie's house. Filming inside would lengthen the shooting day for the kids and allow flexibility to the schedule by covering as many night scenes as possible during the day. A faithful reproduction of a real location house was erected at Hollywood's Raleigh Studios that included a full-scale backyard complete with a huge play fort and wobbly trellis.

10 One fourteen-year-old actress stood out in the minds of the filmmakers to play the film's young lead, Julie: Alexa Vega, star of Robert Rodriguez's successful Spy Kids adventure trilogy. In that trio of adventures, Vega played Carmen Cortez, a role that brought her considerable acclaim as well as status among young moviegoers as a true movie star. Although just fourteen, Vega is a veteran. She worked in lead roles as a small child, such as in Rob Reiner's Ghosts of Mississippi which she acted in at age 6. The actress also was athletic and adept at both comedy and drama, traits that would serve her well in the pivotal Sleepover role. I was very excited when we signed Alexa, says director Nussbaum. I had seen her work in Spy Kids and thought she displayed great spunk and personality. She's also incredibly athletic and is used to doing stunts. Additionally, I think young girls can relate to Alexa, whose character has to grow and change as our story unfolds. 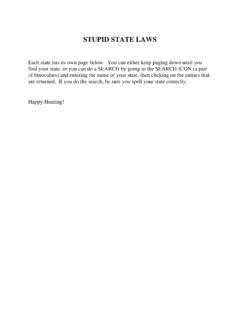 California Crazy Law Sunshine is guaranteed to the masses. Animals are banned from mating publicly within 1,500 feet of a tavern, school, or place of worship. 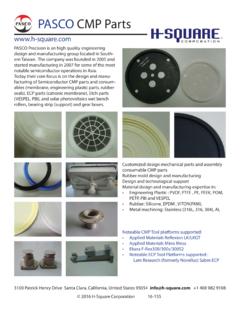 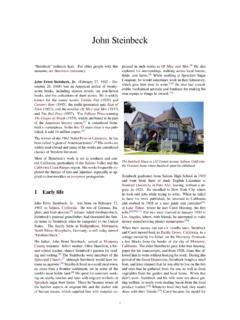 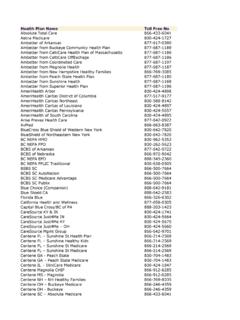