Ministry of Environment, Lands and Parks

Message from the Deputy Minister This annual report summarizes activities of the Ministry of Environment, Lands and Parks during the period beginning April 1, 1999 and ending March 31, 2001.

2 Environmental policy - British Columbia - Periodicals. 4. Parks - Government policy - British Columbia - Periodicals. 5. land use - Government policy - British Columbia - Periodicals. I. Title. '32'05 C93- 092347-2. Message from the Deputy Minister This annual report summarizes activities of the Ministry of environment , Lands and Parks during the period beginning April 1, 1999 and ending March 31, 2001. Both the structure and content of this report have been built around the Ministry 's responsibility to ensure sound environmental stewardship, support sustainable social, economic and recreational benefits, and provide high-quality service to the public. In a significant departure from previous annual reports, which were organized by division, branch and region, the Ministry 's work is presented here in a strategic context: commitments identified in the two-year Business Plan 1999-2001, released in May 1999. By providing the public with a comprehensive picture of the ways in which the Ministry worked to fulfill these commitments, this report takes into account provisions in the Budget Transparency and Accountability Act requiring all ministries to report on the basis of their performance plans by June 30, 2002.

3 In addition to performance reporting, this report also includes relevant information on environmental trends in key areas, as well as supplemental information, to help provide the answers to three questions: why we are doing what we do, what we are doing, and how well we are doing both as a Ministry and as a province. The Ministry had many allies in these efforts. I would like to thank all of our colleagues in other levels of government and provincial agencies, and our partners and clients in non- governmental organizations, community groups and the private sector, for their complementary efforts on behalf of a sustainable future for British Columbia and for the cooperation and support provided to the work documented in these pages. Derek Thompson Deputy Minister CONTENTS. Deputy Minister's Message 3. Milestones April 1999 March 2001 5. The Ministry 14. Organization Chart 15. Ministry Mandate, Vision and Goals 16. Operating Principles 18.

5 A Biology 11 Grizzly Bear Education package for secondary schools was launched. $900,000 in funding was announced for a new Muskwa- Kechika Research Program at the University of Northern The final report of the Pollution Prevention Planning Demonstration Project, carried out by six major companies, was released. The Robson Valley land and Resource Management Plan established 10 new protected areas. May The new Municipal Sewage Regulation was introduced to improve water quality, encourage use of innovative treatment technology, and eliminate red tape. New Wildlife Act amendments provided for bigger penalties for poachers and made it an offence to feed or attract dangerous animals. June park Act amendments permanently protected million hectares as Class A Parks , including new Northern Rockies protected areas. $ million in funding was announced for 35 conservation projects in the Northern Rockies under the Muskwa-Kechika Trust Fund. July The province committed to develop new protected areas legislation and other measures to launch the next stage of 's Protected Areas Strategy.

6 Pilot plans to restore threatened grizzly bear populations were announced for the North Cascades and Kettle-Granby areas. 5. August $7 million in funding was announced to battle bark beetle infestations. The Lakes District land and Resource Management Plan was approved by the province, creating a further 92,000 hectares of protected areas. $ million in funding was announced for 37 projects to provide long-term flood protection for communities throughout September A $150,000 contribution was made from the Habitat Conservation Trust Fund to the land Conservancy of to preserve the grassland ecosystem at Reynolds Ranch in the Cariboo. The province nominated the Cowichan River for Canadian Heritage River status. October The beverage container deposit/refund system marked its first year of enhanced operation with the inclusion of all ready-to- drink juice containers. A policy to ensure a viable and environmentally sustainable salmon aquaculture industry was announced.

7 A multi-faceted ecotourism and adventure travel strategy was launched as part of the government's focus on the green economy. Joint acquisition of a new Pacific Marine Heritage Legacy property at Narvaez Bay on Saturna Island was announced by the province and the federal government. November A discussion paper on environmental tax-shifting was released as part of the Green Economy Initiative. The government's Oil and Gas Initiative provided for improved environmental protection and funding for conservation activities in the Muskwa-Kechika and other special management zones. A new regulation was introduced to achieve further recovery, recycling and phase-out of ozone-depleting substances and of alternatives that produce greenhouse gas emissions. A Freshwater Strategy for British Columbia was released, focusing on preserving aquatic ecosystems, protecting human 6. health and safety, and promoting sustainable use of water resources. December Alcan announced a five-year voluntary pollution prevention plan for its Kitimat operation, focusing on avoiding pollution at the beginning of production and a 10 per cent reduction in greenhouse gases.

8 The Government Green Buildings program and Provincial Buildings Retrofit Initiative were launched as part of the Green Economy Initiative. British Columbia received an A-plus on the Friends of the Earth Ozone Protection Report Card. 2000. February Clayoquot Sound was designated by UNESCO as the first International Biosphere Reserve in British Columbia. A new Dam Safety Regulation was introduced to protect people and the environment through improved monitoring and maintenance. A "quick-licensing" process came into effect that allows streamlined processing of applications for low-volume, low- impact water licences. A Well Protection Tool Kit was introduced to help groundwater-dependent communities plan for healthy drinking water supplies. The province and industry agreed to restore natural water flows to the Theodosia River through decommissioning of the Theodosia dam. March The Campbell and Horsefly Rivers were designated as BC. Heritage Rivers.

9 Fifteen sensitive streams were designated under the Fish Protection Act to protect endangered fish stocks and enhance agricultural water management. $ million was committed from Forest Renewal BC to support acquisition of critical habitat in the South Okanagan by the Nature Trust of BC. 7. A report by the BC Clean Transportation Analysis Project identified US federal tailpipe standards as the most cost- effective way to protect urban air quality in British Columbia. $300,000 in seed funding was committed to an ethanol development plan to encourage commercial production of ethanol from wood residue. The government's Green Economy Initiative was officially launched at the Globe 2000 environmental technology conference. The provincial budget committed $5 million to environmental technology research and demonstration projects and public consultation on tax shifting. April A special advisor was appointed by the governments of Canada and British Columbia to seek public input toward the creation of a national park in the southern Gulf Islands.

10 A review of the Burns Bog ecosystem in south Delta recommended strategies for moving toward preservation of the bog. Renewed action was announced to promote greater community responsibility for reducing bear/human conflicts. The Environmental Trends in British Columbia 2000 report was released, summarizing recent trends and current conditions in 15 key areas of environmental quality to give a comprehensive overview of the state of British Columbia's environment . May A long-term agreement for managing backcountry recreation tenures on provincial Crown land was signed between the Ministry of environment , Lands and Parks and the Assets and Lands Corporation. A $30,000 grant was made to the BC Agriculture Council to develop best management practices for environmentally sustainable farming. New protected areas legislation was introduced to permanently protect new Parks , ecological reserves and park additions totalling 264,000 hectares. 333 hectares were added to the Eastside Columbia Lake Wildlife Management Area in the Kootenay Region, 8. 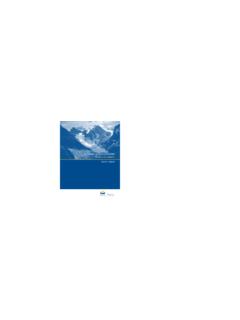 2006/07 - 2008/09 The Ministry of Environment provides leadership in environmental management through innovative legislation and programs, compliance activities and 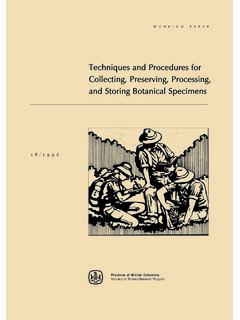 Techniques and Procedures for Collecting, Preserving ...

Collecting, Preserving, Processing, and Storing Botanical Specimens 18/1996 Province of British Columbia Ministry of Forests Research Program. The use of trade, firm, or corporation names in this publication is for the ... •Collect extra flowers and fruit for later dissection. 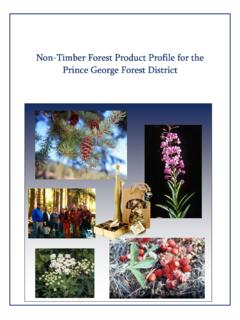 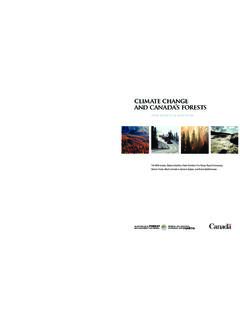 ronment, Lands and Parks ), a component of the Code, recommends procedures to maintain biodiversity at both the landscape and the stand level. This approach, which uses principles of ecosystem management tempered by social considerations, recognizes that the habitat needs of most forest and range organisms are met if a 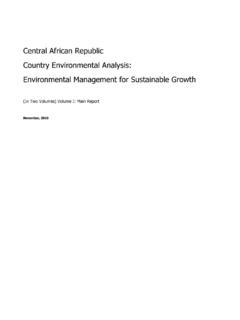 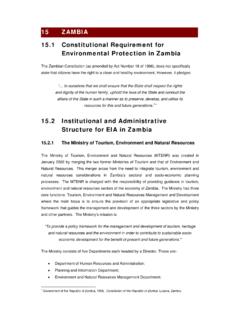 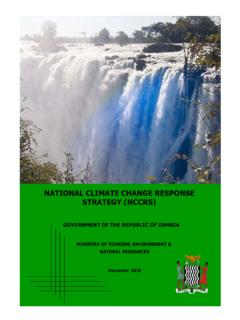 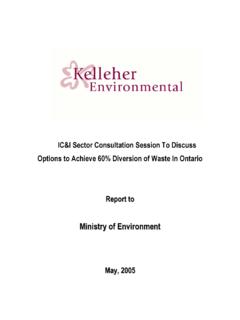 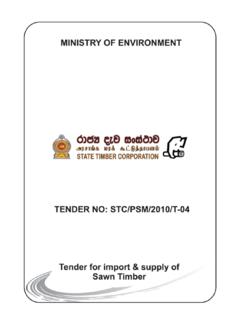 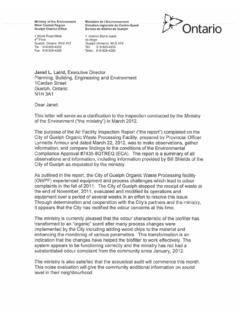 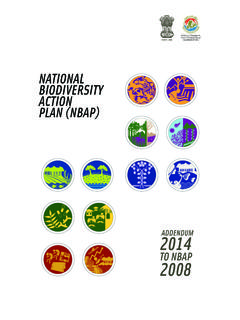 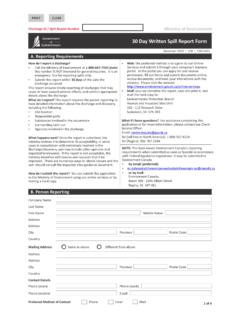 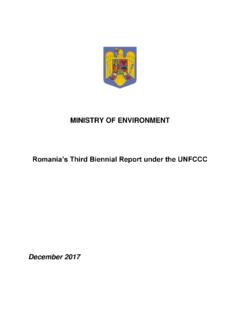 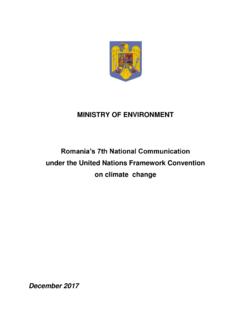