Model Ethics Policy Prepared by the Illinois community college Trustees association march 26, 2004. Although the Illinois community college Trustees association does not provide legal advice to the colleges, we are often consulted when boards have the task of writing policies for their colleges. Attached is a Model Policy . You might wish to consider it as you respond to your board's obligation to adopt an Ethics Policy before May 19, 2004. On march 15, 2004, Attorney General Madigan posted a " Model ordinance" for local governments on her website. You can find the Attorney General's Model ordinance at: In fashioning the attached Model Policy , we started with the Attorney General's Model . Here are some points to keep in mind. 1. ICCTA sought an opportunity to provide input and counsel to the Attorney General while the " Model ordinance" was being developed.

1 Model Ethics Policy Prepared by the Illinois community college Trustees association march 26, 2004. Although the Illinois community college Trustees association does not provide legal advice to the colleges, we are often consulted when boards have the task of writing policies for their colleges. Attached is a Model Policy . You might wish to consider it as you respond to your board's obligation to adopt an Ethics Policy before May 19, 2004. On march 15, 2004, Attorney General Madigan posted a " Model ordinance" for local governments on her website. You can find the Attorney General's Model ordinance at: In fashioning the attached Model Policy , we started with the Attorney General's Model . Here are some points to keep in mind. 1. ICCTA sought an opportunity to provide input and counsel to the Attorney General while the " Model ordinance" was being developed.

3 The Attorney General's Model is silent on these categories. c. The Attorney General's Model provides for levying of penalties. This would have the effect of creating a virtual court system within the community colleges. The court system would bear the expense of complicated legal proceedings. In America, those facing jail time penalties must be afforded an expensive "due process." Colleges are currently feeling legislative pressure to reduce their overhead or administrative expenses. Adoption of the Attorney General's Model ordinance in its entirety would result in significant increases in administrative expenses and a consequent loss of support in the General Assembly. (Legislators don't always remember that much of the college 's administrative cost is driven by unfunded legislative mandates. d. Appointments of the Ethics Officer and the Ethics Commission should not be made without the ratification of the board of trustees.)

4 E. Appointment of a commission would provide a check and balance on the Ethics Officer's opinions. Nevertheless, the Commission would be expensive. (See concerns about administrative expense, above.) In the end, ICCTA staff believe that appointment of a commission should be an option for boards. It is important that boards know that the law does NOT require appointment of a local Ethics commission. None of these criticisms of the Attorney General's Model ordinance should be construed as legal advice. Boards should consult their local attorney and make their own decision after weighing all the factors. ICCTA has always emphasized the importance of legal and ethical action at every level of Illinois public community colleges. Our staff stands ready to answer your questions about the new Ethics law. SEND US YOUR.

5 SCENARIOS AND WE WILL SHOW YOU HOW THEY ARE COVERED BY THIS Model . Policy . We are confident that your board will be able to adopt a Policy that allows you to comply with the law's requirements without creating financial hardship for your college and its taxpayers. For additional information, please contact ICCTA at 1-800-454-2282. Illinois community college Trustees association 401 E. Capitol Avenue, Suite 200. Springfield, IL 62701-1711. 1-800-454-2282 (phone). 217-528-8662 (fax). (e-mail). (web site). Ethics RESOLUTION. FOR. AN Illinois PUBLIC community college DISTRICT. PREAMBLE. WHEREAS, the Illinois General Assembly has enacted the State Officials and Employees Ethics Act (Public Act 93-615, effective November 19, 2003, as amended by Public Act 93-617, effective December 9, 2003, codified at 5 ILCS 430/1-1 and following), which is a comprehensive revision of State statutes regulating ethical conduct, political activities and the solicitation and acceptance of gifts by State officials and employees; and WHEREAS, the Act requires all units of local government and school districts, within six months after the effective date of Public Act 93-615, to adopt ordinances or resolutions regulating the political activities of, and the solicitation and acceptance of gifts by, the officers and employees of such units "in a manner no less restrictive" than the provisions of the Act.

6 And WHEREAS, it is the clear intention of the Act to require units of local government and community college districts to implement regulations that are at least as restrictive as those contained in the Act, and to impose penalties for violations of those regulations that are equivalent to those imposed by the Act, notwithstanding that such penalties may exceed the general authority granted to units of local government, school districts, and community college districts to penalize violations; and WHEREAS, this Resolution has been adopted in order to and shall be construed in a manner so as to comply with the requirements of the Act. NOW, THEREFORE, BE IT RESOLVED AND ORDAINED BY THE BOARD OF. EDUCATION OF [NAME] community college DISTRICT NO. UNIT. SCHOOL DISTRICT NO. __, _____ COUNTIES, Illinois , AS. FOLLOWS: SECTION 1: The Policy Manual of the Board of Education is hereby amended by the addition of the following provisions in Board Policy Number ____: ARTICLE 1.

7 DEFINITIONS AND GENERAL PROVISIONS. Section 1-1. For purposes of this Resolution, the following terms shall be given these definitions or, if different from time to time, then as defined by the State Officials and Employees Ethics Act (codified at 5 ILCS 430/1-1 and following): Board of Education means the Board of Trustees of Public community college No. Education of community Unit School District No. ___, _____. Counties, Illinois . "Campaign for elective office" means any activity in furtherance of an effort to influence the selection, nomination, election, or appointment of any individual to any federal, State, or local public office or office in a political organization, or the selection, nomination, or election of Presidential or Vice-Presidential electors, but does not include activities (i) relating to the support or opposition of any executive, legislative, or administrative action, (ii) relating to collective bargaining, or (iii) that are otherwise in furtherance of the person's official duties.

8 "Candidate" means a person who has filed nominating papers or petitions for nomination or election to an elected office, or who has been appointed to fill a vacancy in nomination, and who remains eligible for placement on the ballot at a regular election, as defined in section 1-3 of the Election Code (10 ILCS 5/1-3). "Collective bargaining" has the same meaning as contemplated by the Illinois Educational Labor Relations Act (115 ILCS 5/1 and following). "Compensated time" means, with respect to an employee, any time worked by or credited to the employee that counts toward any minimum work time requirement imposed as a condition of his or her employment, but for purposes of this Resolution, does not include any designated holidays, vacation periods, personal time, compensatory time off or any period when the employee is on a leave of absence.

9 With respect to officers or employees whose hours are not fixed, "compensated time" includes any period of time when the officer is on premises under the control of the employer and any other time when the officer or employee is executing his or her official duties, regardless of location. "Compensatory time off" means authorized time off earned by or awarded to an employee to compensate in whole or in part for time worked in excess of the minimum work time required of that employee as a condition of his or her employment. "Contribution" has the same meaning as that term is defined in section of the Election Code (10 ILCS 5 ). "Employee" means a person employed by the the Board of Trustees Education, whether on a fulltime or part-time basis or pursuant to a contract, whose duties are subject to the direction and control of an employer with regard to the material details of how the work is to be performed, but does not include a volunteer or an independent contractor.

10 "Employer" means the Board of Trustees Education of . "Gift" means any gratuity, discount, entertainment, hospitality, loan, forbearance, or other tangible or intangible item having monetary value including, but not limited to, cash, food and drink, and honoraria for speaking engagements related to or attributable to government employment or the official position of an officer or employee. "Leave of absence" means any period during which an employee does not receive (i) compensation for employment, (ii) service credit towards pension benefits, and (iii). health insurance benefits paid for by the employer. "Officer" means a person who holds, by election or appointment, an office created by statute or law, regardless of whether the officer is compensated for service in his or her official capacity. The term officer includes all members of the Board of Trustees Education. 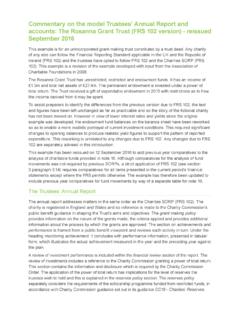 Commentary on the model Trustees’ Annual Report and accounts: The Rosanna Grant Trust (FRS 102 version) - reissued September 2016 This example is for an unincorporated grant-making trust constituted by a trust deed.

Model Regulation Service—1st Quarter 2017 © 2017 National Association of Insurance Commissioners 640-3 (3) An association or a trust or the trustees of a fund established, created or maintained for the benefit 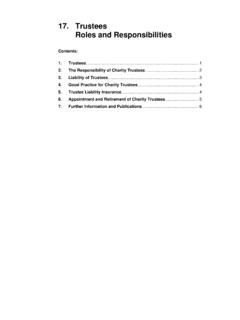 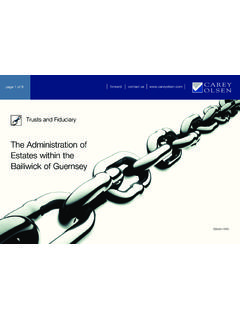 forward contact us www.careyolsen.com Trusts and Fiduciary The Administration of Estates within the Bailiwick of Guernsey page 1 of 9 Clarification of the Meaning of “Beneficial Owner” … 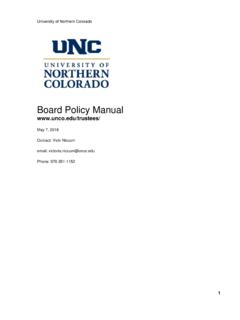