2 IISD's vision is better living for all sustainably; its mission is to champion innovation, enabling societies to live sustainably. IISD is registered as a charitable organization in Canada and has 501(c)(3) status in the United States. IISD receives core operating support from the Government of Canada, provided through the International Development Research Centre (IDRC), from the Danish Ministry of Foreign Affairs and from the Province of Manitoba. The Institute receives project funding from numerous governments inside and outside Canada, United Nations agencies, foundations and the private sector. Head Office 161 Portage Avenue East, 6th Floor, Winnipeg, Manitoba, Canada R3B 0Y4. Tel: +1 (204) 958-7700 | Fax: +1 (204) 958-7710 | Website: Model Mining Development agreement transparency template May 2012.

4 7162315, titled Model Mining Development agreement transparency template .. It consists mostly of a detailed analysis of the International Bar Association Mining Law Committee's Model Mining Development agreement , or MMDA See The MMDA was prepared based upon a detailed analysis of several dozen existing mine Development agreements, and after a considerable process of consultation with stakeholders and experts in Mining law and policy in many countries. This report consists of four documents. The first is this executive summary and the table of contents. The second is a template , which sets out each of the sections or headings in the MMDA, with a brief description of its subject matter and the issues it is designed to address. Attached to this is a similar template that focuses solely on the definitions section of the MMDA, highlighting some of the key definitions and why they are regarded as important.

5 Third is a lengthier narrative that explains in somewhat more detail the issues involved in a limited number of individual clauses selected because they are regarded as very important to the rights of the contracting parties, or are particularly controversial. Finally there is a brief report on the limited search undertaken for widely accepted or Model oil and gas Development agreements that could serve as the basis for a similar exercise in the petroleum sector. It concludes that there is no such document at present, but that one could be constructed from the materials gathered in this work, and validated through a consultative process. 1. The MMDA is in the final stages of IBA review. IISD REPORT MAY 2012 2013 The International Institute for Sustainable Development Model Mining Development agreement transparency template 1.

6 MMDA template Introduction2. The following product is an attempt to distill what is already a distillation. The International Bar Association Mining Law Committee's Model Mining Development agreement (MMDA) Version is the product of a laborious process of analyzing the contents of many existing mine Development agreements, identifying their common elements, and producing a table of contents that is widely accepted as including the right mix of elements for a modern mine Development agreement . The MMDA is also the product of an exhaustive process of circulation of drafts, and public and private comment by various interest groups, and leading experts in the field. It is worth noting that this process, as much as it did achieve, has not reached the point of a single answer or single approach to the many difficult and controversial questions.

7 The MMDA provides a set of lead clauses, but it also provides, on almost every subject, a series of alternative clauses taken from existing agreements. Since the modern Mining industry produces over 100 different commodities, each with its own characteristic geology, production processes, markets and economics, and because countries vary dramatically in their levels of legal, policy and regulatory Development , it may very well be impractical or even pernicious to try to develop a form contract that covers everything everywhere. The attached template tries, in the interest of clarity and simplicity, not to deal with actual contract language, but simply to describe the key kinds of provisions in agreements in a direct and perhaps oversimplified form. It is intended to give a clear overview of the principal issues raised by such agreements.

8 Successful mine Development agreements can benefit investors by creating greater conditions of security and stability around investment. They can also benefit host countries by ensuring that Development of the industry is always done with an eye to maximizing its contribution to the sustainable Development of countries and communities. Mining Agreements Many have suggested that developing nations should move away from Mining agreements and toward investment based on clear legal codes: Mining codes, tax codes, environmental laws and other generally applicable legal dispositions that apply equally to all that come. Many participants in the MMDA process agreed philosophically with this position. But agreements continue to be used in a number of jurisdictions, and some countries even seem to be moving away from code systems to contract arrangements.

9 Some have also suggested that the expectations of what Mining investment is supposed to bring to a country have increased so dramatically that many codes simply do not deal adequately with such issues as the desires of local communities, social aspects of closure, or dispute resolution, to name a few, and that agreements will always be necessary to supplement codes, which are slow and cumbersome to change. 2. Much of this Introduction is based on and paraphrases the International Bar Association's own introductory material to the MMDA, which appears at IISD REPORT MAY 2012 2013 The International Institute for Sustainable Development Model Mining Development agreement transparency template 2. Relationship to Exploration Agreements Development of a Mining project by necessity can only occur after a mineral deposit has been identified through exploration.

10 3 The right to explore for mineral resources is often established in an exploration phase agreement ;. the possibilities for the mine Development agreement may to some extent already be limited by the content of the exploration agreement . Community Level Agreements There is a very strong current interest in Impact Benefit Agreements or Community Development Agreements between Mining companies and communities. The MMDA is not such an agreement . It is a template for use in negotiations between the national government of the host country and the Mining company. Some sections of MMDA refer to community agreements, but MMDA itself is not a community Development agreement . 4 These are two different instruments, which may sometimes need to be used together. But the appropriate contents of these two kinds of agreements are two quite different subjects.

of this management system, and one of the key differences between sustainable and conventional management practices. The stakeholder analysis begins by identifying the various groups affected by the 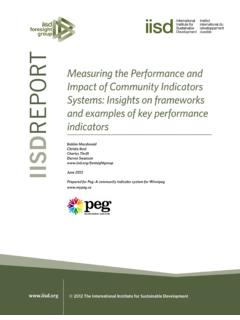 Measuring the Performance and Impact of …

www.iisd.org 212 The International Institute for Sustainale Development Measuring the Performance and Impact of Community Indicators Systems: Insights on frameworks and examples of key performance 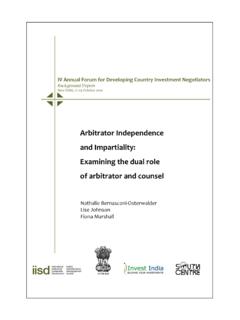 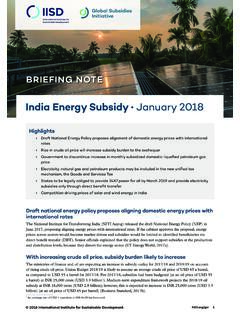 The ministries of finance and oil are expecting an increase in subsidy outlay for 2017/18 and 2018/19 on account of rising crude oil price. Union Budget 2018/19 is likely to assume an average crude oil price of USD 65 a barrel, 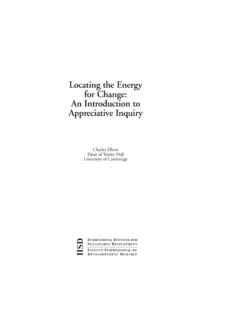 Locating the Energy for Change: An Introduction to ...

Measuring the Performance and Impact of …

www.iisd.org 212 The International Institute for Sustainale Development Measuring the Performance and Impact of Community Indicators Systems: Insights on frameworks and examples of key performance

United Nations Economic and Social Commission for Asia and the Pacific What is Good Governance? Introduction Recently the terms "governance" and "good 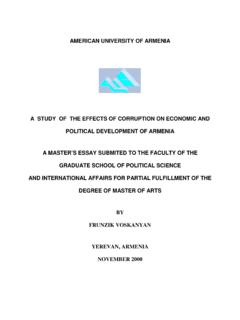 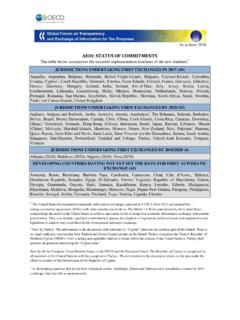 As at June 2018 AEOI: STATUS OF COMMITMENTS The table below summarises the intended implementation timelines of the new standard.1 JURISDICTIONS UNDERTAKING FIRST EXCHANGES IN 2017 (49)