R Batt. Health and Safety Laboratory. Harpur Hill Buxton. Derbyshire SK17 9JN. In the long term the key to the development of a hydrogen …

2 The second phase of the project involved experiments on unignited (HSE RR986) and ignited releases of liquid hydrogen (HSE RR987) and computational Modelling of the unignited releases. This position paper assesses the ability of the cryogenic liquid spill models available to the HSE to model spills of liquid hydrogen by using the new experimental data obtained from the experimental testing at HSL. A brief literature review on Modelling liquid hydrogen pool spread was undertaken and Modelling with GASP. (Gas Accumulation over Spreading Pools) to compare results with the experimental measurement data. Recommendations are made on improvements to currently available models and also recommendations for further model validation data. This report and the work it describes were funded by the Health and Safety Executive. Its contents, including any opinions and/or conclusions expressed, are those of the authors alone and do not necessarily reflect HSE policy.

3 HSE Books Crown copyright 2014. First published 2014. You may reuse this information (not including logos) free of charge in any format or medium, under the terms of the Open Government Licence. To view the licence visit , write to the Information Policy Team, The National Archives, Kew, London TW9 4DU, or email Some images and illustrations may not be owned by the Crown so cannot be reproduced without permission of the copyright owner. Enquiries should be sent to ii CONTENTS. 1 INTRODUCTION .. 1. 1. Approach .. 1. 2 LITERATURE REVIEW .. 2. Models .. 2. liquid hydrogen spill 3. Physical processes at the source .. 4. 3 TEST 6 MEASUREMENT ANALYSIS .. 7. 4 GASP Modelling 12. Model input and output .. 12. Vaporisation rate validation .. 13. Experimental test case HSL Test 15. 5 RESULTS AND DISCUSSION .. 18. Vaporisation rate validation .. 18. Experimental test case HSL Test 21. 6 CONCLUSIONS .. 26. 7 RECOMMENDATIONS .. 28. 8 REFERENCES .. 29. iii iv EXECUTIVE SUMMARY.

4 Objectives The objective of this work was to assess the ability of the cryogenic liquid spill models available to the Health and Safety Executive (HSE) to model spills of liquid hydrogen by using the new experimental data of Royle and Willoughby (2012). In order to meet this objective three main tasks were undertaken: A brief literature review on Modelling liquid hydrogen pool spreading. Carry out Modelling with GASP (Gas Accumulation over Spreading Pools) and compare results with the experimental measurement data taking into account issues specific to liquid hydrogen , including sensitivity to specific model parameters or Modelling assumptions. Provide recommendations on improvements that could be made to currently available models and also recommendations for further model validation data. Main Findings The literature review showed that most previous Modelling of liquid hydrogen spills had been carried out using integral models such as GASP, which is the model currently used by HSE for Modelling pool spreading.

5 There has been relatively little three dimensional Computational Fluid Dynamics (CFD) Modelling carried out to date, the majority of which has used a simpler model to provide source information and CFD to model the subsequent gas dispersion. However, there have been recent developments in CFD Modelling of the pool spreading itself, along with other source options. An analysis was carried out of the measurements from the ground level probes used in Test 6 of the experiments undertaken at HSL (Royle and Willoughby, 2012). This analysis showed evidence of a gravity current of cold air that propagated ahead of the spreading pool of liquid hydrogen . The radius of the spreading pool was extracted from the Test 6 experimental data for comparison with the GASP model. The setup configuration of Test 6 means it is the most suitable of the HSL experimental datasets for validation of the model. The extracted data showed a pool increasing rapidly to a fairly constant radius, expanding further and then retracting.

6 Once the release stopped the pool showed potential preferential evaporation from the centre. Two validation exercises were carried out using GASP. A preliminary validation was performed of the vaporisation rates for contained, non-spreading, liquid oxygen and liquid hydrogen on a concrete substrate using published experimental data. However, uncertainty in the thermal properties of the concrete in the experiment made the validation exercise difficult. Some differences in the experimental results and model predictions were observed, one possible explanation being film boiling occurred in the hydrogen tests, which GASP does not account for. It was also shown that GASP can produce spurious results if the wind speed is set to zero, although in cases where boiling dominates the liquid vaporisation, as in the cases considered here, reasonable results can be obtain by setting a low wind speed of, say, ms-1. The second validation exercise was performed against the HSL Test 6 results.

7 The model predictions of the time to vaporisation after the release had stopped were found to be sensitive to the so-called puddle depth'. Overall, GASP performed better than expected and provided predictions of the pool radius that were in reasonable agreement with the experimental data despite the model not being able to account for the solid formation seen in the experiments. The hydrogen vaporisation rate was not measured in the experiments so validation of this parameter v was not possible, however, the predicted mean vaporisation rate was found to be equal to the discharge rate and was not sensitive to the Modelling parameters. To better understand the capabilities of GASP for Modelling liquid hydrogen pool spreading further validation is needed in the areas of heat transfer, pool spreading and vaporisation. Only then could it be recommended as a reliable model for liquid hydrogen spills . vi 1 INTRODUCTION. BACKGROUND. The lack of suitable experimental measurements for validating cryogenic liquid spill models is frequently raised (Hissong, 2007, Middha et al.)

8 , 2010, Venestanos et al., 2010). Many previous Modelling studies have relied on measurements from experiments with LNG to validate their models for liquid hydrogen . HSL recently produced a state of the art review on Modelling liquefied natural gas (LNG) source terms for hazard analysis (Webber et al., 2010). The physics of LNG spills on land are described by Webber et al. (2010) and many of these physical processes are also relevant to liquid hydrogen spills . However, with few measurements and observations available and temperatures significantly lower than for LNG, the validity of this assumption may not always be appropriate. Two international research initiatives that have previously dedicated a significant amount of work to Modelling hydrogen are Hysafe 1 and WE-NET 2. However, there are few studies that attempt to measure the processes involved in a liquid hydrogen spill , rather than solely focus on hydrogen dispersion and explosions, including its interaction with ambient conditions and obstacles.

9 As a result of this there remains a general lack of understanding that is necessary for accurate Modelling . In particular, processes at the source have usually not been captured adequately for Modelling and so source characterisation is often very difficult. A poorly characterised source will not result in accurate dispersion Modelling (Gavelli et al., 2009). Recently, HSL has undertaken a series of experimental tests releasing liquid hydrogen on a concrete pad at their test site in Buxton. The measurements and results of these tests are presented in detail by Royle and Willoughby (2012) and Hall, Willoughby and Hooker (2013). for unignited and ignited releases, respectively. These tests provide valuable data on the spreading of liquid hydrogen pools and the subsequent hydrogen dispersion. The measurements are sufficiently well-defined for the validation of pool models. APPROACH. A review of models for liquid hydrogen pool spreading and vaporisation has been carried out.

10 This is supplemented by a summary of the physics of pool spreading and vaporisation. These reviews allow the issues specific to liquid hydrogen to be established and potential parametric and Modelling sensitivities to be identified. The liquid hydrogen spill experiments of Royle and Willoughby (2012) have been analysed from which information on the pool radius was extracted and the pool spreading phenomena was analysed. This analysis was designed not only to provide model validation data but also to give insight into the spreading liquid pool dynamics. Computational Modelling was carried out using GASP (Gas Accumulation over Spreading Pools), as used by HSE for cryogenic liquid spills . The approach to validation was then in two stages such that the first stage could provide validation of the vaporisation submodels, without the spreading and the second stage would attempt to model Test 6 from the experimental test series of Royle and Willoughby (2012), including sensitivity studies of certain parameters. Development and Validation of Brief Measures of …

The Rose Report in context - TACTYC

who have fallen behind. In her letter to Jim Rose, she set out three points she wished to be considered as follows: 1. What our expectations of … 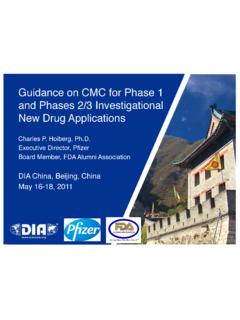