Moli re'. s Life J ean-Baptiste Poquelin (later known as Moli re). Moli re acquired a long roster of enemies both political and artistic. Moli re then embarked on several plays about obsessive jealousy, including The School was baptized on for Husbands (1661), his first huge hit. These plays, January 15, 1622; his which feature grasping older men attempting to attain parents, Jean Poquelin young women, would prove strangely prophetic. and Marie Cress , Around this time, Moli re and Madeleine began to live were stolid French apart; in 1662, he married her beautiful daughter middle-class. His father Armande (passed off as Madeleine' s sister . ). Moli re'. s was a master tapissier, enemies whispered that Armande, some 20 years what today might be younger than the playwright, was his own daughter.

1 Moli re'. s Life J ean-Baptiste Poquelin (later known as Moli re). Moli re acquired a long roster of enemies both political and artistic. Moli re then embarked on several plays about obsessive jealousy, including The School was baptized on for Husbands (1661), his first huge hit. These plays, January 15, 1622; his which feature grasping older men attempting to attain parents, Jean Poquelin young women, would prove strangely prophetic. and Marie Cress , Around this time, Moli re and Madeleine began to live were stolid French apart; in 1662, he married her beautiful daughter middle-class. His father Armande (passed off as Madeleine' s sister . ). Moli re'. s was a master tapissier, enemies whispered that Armande, some 20 years what today might be younger than the playwright, was his own daughter.

2 Known as an interior If the one-act autobiographical comedy The Versailles decorator; he supplied Impromptu (1663) is any indication, it was not a tapestries, furnishings, happy marriage. and magnificent Portrait of Jean-Baptiste Poquelin matrimonial beds to During the final decade of Moli re' s life he achieved (Moli re) by Coypel. rich families. Jean- great success; he wrote entertainments for the court, Baptiste attended the garnering patronage from the king and further Coll ge de Clermont, a fashionable Jesuit school in the provoking his rivals. Moli re'. s later works were mature Latin Quarter, and he was clearly intended for a career satires tinged with sadness. The School for Wives in the family business. After studying civil law at the (1663), The Misanthrope (1666), Tartuffe (1664-9), University of Orl ans, Jean-Baptiste began a life in the Don Juan (1665), The Bourgeois Gentleman (1670), Theatre , much to the displeasure of his parents.

3 And The Imaginary Invalid (1673) all explore obsessive male behavior. They also attack hypocrites in society, In June 1643, Jean-Baptiste formed the Illustre Th tre from the simpering courtiers flattering Louis XIV to the with his girlfriend and actress Madeleine B jart, an religious fanatics preaching salvation while lining their independent, redheaded woman several years older pockets. Outraged by the attack on religious hypocrisy than him. Although a young Company , the Illustre in Tartuffe, the Compagnie du Saint-Sacrement used Th tre took on the H tel de Bourgogne and the their court connections to have it banned. In this Th tre du Marais, the two established professional instance, even Moli re' s close relationship with the troupes in Paris.

4 Jean-Baptiste assumed the stage king could not save him. After countless rounds of name of Moli re, a common practice for French actors. censorship, the play was finally performed five years The Illustre Th tre survived for 18 months, eventually after it was written. overcome by debt, rivalry and a lack of leading men. The Compagnie du Saint-Sacrement, a fundamentalist Moli re's final years were filled with bad health and religious organization, also contributed to its demise, personal troubles. He and Armande had separated attacking the actors and discouraging parishioners several times, and only one of his children survived from attending performances. infancy. Theatrical myth has it that Moli re died onstage during The Imaginary Invalid.

5 Moli re actually In 1645, Madeleine and Moli re fled debt in Paris by made it through the performance; afterwards he joining a touring troupe of actors. By 1653, the pair began hemorrhaging from tuberculosis contracted had assumed management of the troupe. Moli re years earlier and began to write and star in full-length plays inspired by died several hours commedia dell' arte scenarios, finding that his true later on February talent lay in comedy. In 1658, Madeleine and Moli re 17, 1673. Another returned to Paris. Madeleine had saved funds to myth is that sublease the Th tre du Marais and Moli re had Moli re was acquired a patron, the brother of Louis XIV. On denied burial in October 24, 1658, the troupe performed a tragedy by sacred ground.

6 Corneille for the court, but Louis preferred the farcical A r m a n d e one-act that followed. Parisian audiences also petitioned the preferred the troupe' s comedies to tragedies. archbishop of Paris and the king, and Moli re wrote his first great comedy after settling back was granted the in Paris. Affected Young Ladies (1659) mocks the right to bury her pretensions of upper-class Parisian women. The play husband at the angered several important people, a pattern that parish cemetery of Portrait of Madeleine B jart, Moli re' s love would be repeated over the next 14 years, as St-Eustache. and business partner, by Nicolas Mignard. (Detail of . Mars and Venus.. ). 3. Moli re'. s Theatre wrote that a tragedy contains three unities: time, place and action.

7 Unity of time dictated that the action of the play take place in a single day, and unity of place that the play take place at a single location. Unity of action determined that the action of the play contribute to the main story there are no distracting subplots. French tragedies were criticized by academics based on how well they adhered to these unities. While these rules might seem limiting, there were several playwrights, including Pierre Corneille (1606-1684) the father of French tragedy, who flourished within them. In Corneille' s heroic epic Le Cid (1637), as well as many of his other plays, the main character makes a moral choice to do what is right, regardless of personal cost. Jean Racine (1639- 1699) was another highly respected writer of Moli re'.

8 S Company performing at Louis XIV'. s palace at Versailles. tragedy. His plays, including Ph dre (1677), are very passionate and poetic and often focus on doomed love. M. oli re'. s Theatre was a Theatre of artificiality. The language of tragedy was also expected to Like the literature, art and social customs of conform to strict rules. French plays were written in the time, the 17th-century French Theatre Alexandrine couplets a verse form that consists of was based on a formal set of rules and customs. two rhyming lines of twelve syllables each. Each While there were touring troupes who would travel rhyming couplet was to contain a complete thought. through the country, often performing in makeshift As the verse form developed, so did rules about theatres and on the streets, attending the Theatre in when pauses could occur (between the sixth and Paris or at the court was a formal social event.)

9 Seventh syllable of each line.). Performances in Paris were held either in public theatres or by special invitation only at the palace court. The theatres had a proscenium arch or a border framing the stage. Behind the arch, the scenery was composed of lavish painted sets, and the actors'costumes were ornate. The lights remained on over both the audience and the stage, allowing the members of the audience to see and be seen at the event. When performing at court, the king would sit in an enormous throne in the center of the room with the rest of the audience positioned around him. Like any event at court, strict rules of social behavior were expected to be followed. The creation of Theatre was also subject to rigorous guidelines.

10 The Acad mie Fran aise, created by Cardinal Richelieu in 1635, was a group of intellectuals charged with regulating French language and culture. Their taste in Theatre was firmly Neo-classicist: Neo meaning new, and classicist referring to the classics, the great works of Greek and Roman drama. The Acad mie created guidelines for good Theatre , based on the writing of the ancient Greek philosopher Aristotle. Aristotle Portrait of Moli re portraying Sganarelle in Don Juan. Moli re often played major roles in his own plays. 4. Moli re began his career in the Theatre as an actor Chronological List of Moli re'. s but found French tragedy too difficult. Delivering the Alexandrine lines was very demanding on an actor' s Works voice. 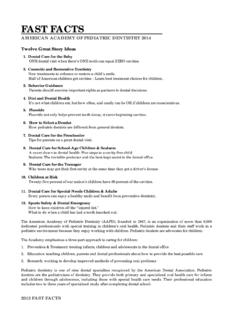