Motivation refers to reasons that underlie behavior that is characterized by willingness and volition. Intrinsic motivation is animated by personal enjoyment, interest, or pleasure, whereas

3 Teachers should attempt to give students more autonomy or control over their own learning by allowing them to make choices and use collaborative or cooperative learning approaches. In addition, teachers should create a supportive classroom environment with respect to goal structures, attributions, and external evaluation. There are several challenges to assessing motivation , especially in children. Recommendations for eliciting evidence of motivation for Assessment purposes are made. Keywords: motivation , intrinsic, extrinsic, self-efficacy, values, interests, goals, attributions motivation 3. Acknowledgements The author would like to thank Janet Fowler for assistance in conducting literature searches and the following reviewers for their helpful comments and suggestions on an earlier draft of this paper: Bob Dolan, Debbie Hamilton, Jadie Kong, and Kathleen McDonnold. motivation 4. motivation : a literature review Educational psychologists have long recognized the importance of motivation for supporting student learning.

4 More recently, the Partnership for 21st Century Skills has identified initiative as one of the life and career skills necessary to prepare students for post-secondary education and the workforce. However, many educators may be unfamiliar with methods for evaluating and encouraging motivation , particularly at the elementary level. The purpose of this literature review is fourfold: (a) to explore the ways in which motivation has been defined by researchers, (b) to investigate how motivation develops, (c) to learn how teachers can encourage development of motivation in their students, and (d) to review best practices in assessing motivation . Definition of motivation motivation refers to the reasons underlying behavior (Guay et al., 2010, p. 712). Paraphrasing Gredler, Broussard and Garrison (2004) broadly define motivation as the attribute that moves us to do or not to do something (p. 106). Intrinsic motivation is motivation that is animated by personal enjoyment, interest, or pleasure.

6 Task-endogeny; and the learning of challenging, difficult, and novel tasks (p. 525). On the other hand, Turner (1995) considers motivation to be synonymous with cognitive engagement, which he defines as voluntary uses of high-level self-regulated learning strategies, such as paying attention, connection, planning, and monitoring (p. 413). Theoretical Approaches According to Stipek (1996), early approaches to the study of motivation were rooted in the literature on extrinsic reinforcement. Within this literature , all behavior, including achievement, was believed to be governed by reinforcement contingencies. Proponents of this approach included Skinner, who identified different types of reinforcers. Positive reinforcers, or rewards, are consequences that increase the probability of a given behavior they were made contingent on, whereas negative reinforcers are consequences that increase the probability of a given behavior by removing or reducing some negative external stimulus.

7 Punishment, on the other hand, refers to unpleasant consequences that decrease the probability of a given behavior. Under this framework, the teacher's job is clear: to use good grades and praise to reward desired behavior and bad grades or loss of privileges as punishment. As Stipek notes, this approach is limited to the extent that rewards and punishments are not equally effective for all students, and desired behaviors (such as paying attention) are difficult to reinforce. Moreover, the benefits of extrinsic rewards tend to decay over time (Stipek, 1996). motivation 6. As Stipek (1996) explains, the limitations of extrinsic reinforcement led to the development of new approaches to motivate people, including cognitive behavior modification (CBM). This approach recognizes that the effects of reward contingencies are mediated by cognitive variables, such as verbal ability. Thus, the goal of CBM is to change overt behavior by manipulating cognitive processes. Under this approach, students take more responsibility for their own learning by monitoring their behavior, setting goals, deploying metacognitive strategies, and administering their own rewards.

8 Giving students such control over their own learning is believed to result in maintenance of learning behaviors over time, the transfer of learning behaviors to new contexts, and more independence in the exercise of such behaviors. There are, however, several disadvantages to this approach, including the fact that in empirical studies, researchers observed children cheating, either by setting low performance standards for themselves or rewarding themselves undeservedly (Speidel & Tharp, 1980; Wall, 1983, as cited in Stipek, 1996). These limitations, coupled with changing perspectives on motivation , ultimately led to yet another transformation of the literature on motivation emerging in the late 1960s and 1970s. This third-wave literature is characterized by the belief that behavior is affected by cognition rather than the consequences of one's actions (Stipek, 1996). Broussard and Garrison (2004). observe that contemporary motivation research tends to be organized around three questions: Can I do this task?

9 Do I want to do this task and why? What do I have to do to succeed in this task? motivation 7. Can I do this task? As Broussard and Garrison note, those pursuing the first question developed a range of new theories regarding self-efficacy, attributions, and self-worth. Bandura (1982) defines perceived self-efficacy as judgments of how well one can execute courses of action required to deal with prospective situations (p. 122). Eccles and Wigfield (2002) elaborate on Bandura's description, defining self-efficacy as an individual's confidence in his or her ability to organize and execute a given course of action to solve a problem or accomplish a task (p. 110). According to Bandura's (1982) self-efficacy theory, efficacy is the major determinant of effort, persistence, and goal setting. Empirical research supports this notion, suggesting that individuals with higher self-efficacy tend to be more motivated and successful on a given task (Pintrich &. DeGroot, 1990). Self-efficacy has also been associated with the use of cognitive strategies, and self-efficacy perceptions predict achievement over and above actual ability levels (Pintrich &.)

10 DeGroot, 1990). Another line of inquiry in the field of motivation explores the issue of locus of control. According to this theory, individuals should be more motivated to the extent that they feel they are in control of their own successes and failures (Eccles & Wigfield, 2002). In fact, in one formulation of control theory, autonomy is one of three basic psychological needs, along with competence and relatedness. Within this framework, individual differences in the extent to which these basic needs are fulfilled correspond to variation in levels of motivation (Connell &. Wellborn, 1991, as cited in Eccles & Wigfield, 2002). Locus of control is closely related to the concept of attributions. Attributions refer to an individual's beliefs regarding causes of successful or failing performance. There are several types of attributions, including ability, effort, task, and luck. According to attribution theory, the types of attributions a person holds motivation 8. determine his or her level of motivation according to whether the cause is perceived as something that is changeable and within the person's control (Weiner, 1985, as cited in Eccles &. 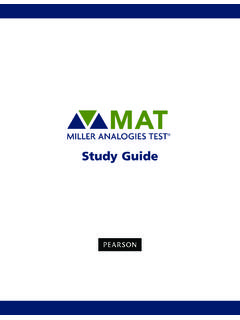 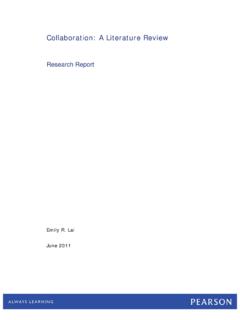 management systems, ... Collaboration: A Literature Review . Educators in a variety of educational settings—from K12 to the university classroom ... Critical Thinking: A Literature Review . ... More recently, the Partnership for 21st Century Skills has identified critical thinking as one of several learning and innovation skills necessary to prepare students for post-secondary education and the workforce. In addition, the newly created Common Core State ... 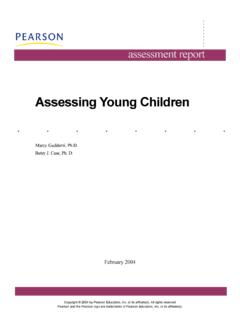 ASSESSMENT REPORT Assessing Young Children 3 Assessment is also challenging during early childhood because a child’s development is rapid, uneven, episodic, and highly influenced by the environment 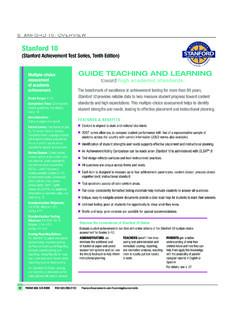 n An Achievement/Ability Comparison can be made when Stanford 10 is administered with OLSAT® 8. n Test design reflects curricula and best instructional practices. n … 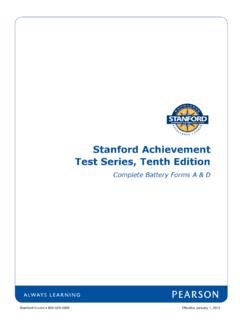 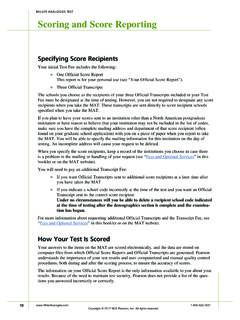 Scoring and Score Reporting Specifying Score Recipients ... How Your Test Is Scored Your answers to the items on the MAT are scored electronically, and the data are stored on computer files from which Official Score Reports and Official Transcripts are generated Pearson

STUDY GUIDE Table of Contents The Miller Analogies Test Study Guide ... The classification type of analogy concerns the hierarchy of words and concepts For example, when you outline a topic, you list main headings, subtitles, and so on In a classification analogy, 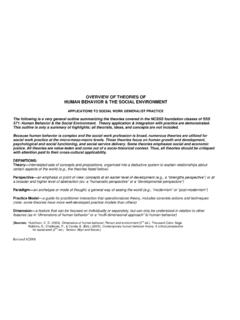 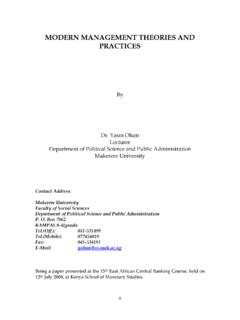 1 MODERN MANAGEMENT THEORIES AND PRACTICES: A CRITICAL OVERVIEW Introduction Managing is one of the most important … 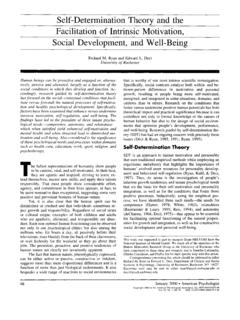 Self-Determination Theory and the Facilitation of ... 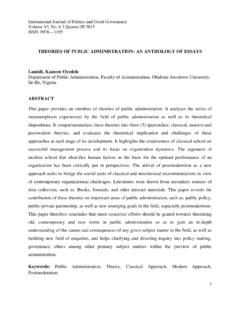 THEORIES OF PUBLIC ADMINISTRATION: AN …

Views of the Second Coming of Jesus Christ 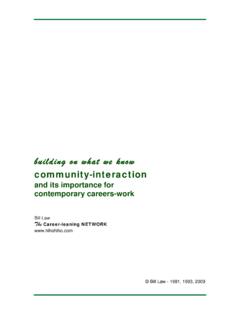 building on what we know - hihohiho.com

The Career-leaning NETWORK www.hihohiho.com page 1 the story engaging a debate ‘Community interaction’ is the phrase used to refer to how people manage careers in a ...

What, Building, Know, Building on what we know

OVERVIEW OF THEORIES, Theories, Teacher Motivation and Professional Development, THEORIES AND PRACTICES, Facilitation of Intrinsic Motivation, Social Development, and, THEORIES OF PUBLIC ADMINISTRATION: AN, VIEWS OF THE SECOND COMING, Building on what we know