Journal of Experimental Psychology: Copyright 2008 by the American Psychological Association Learning , Memory, and Cognition 0278-7393/08/$ DOI: 2008, Vol. 34, No. 2, 399 407. Multidimensional Visual Statistical Learning Nicholas B. Turk-Browne, Phillip J. Isola, Brian J. Scholl, and Teresa A. Treat Yale University Recent studies of Visual Statistical Learning (VSL) have demonstrated that Statistical regularities in sequences of Visual stimuli can be automatically extracted, even without intent or awareness. Despite much work on this topic, however, several fundamental questions remain about the nature of VSL. In particular, previous experiments have not explored the underlying units over which VSL operates. In a sequence of colored shapes, for example, does VSL operate over each feature dimension independently, or over Multidimensional objects in which color and shape are bound together?

1 Journal of Experimental Psychology: Copyright 2008 by the American Psychological Association Learning , Memory, and Cognition 0278-7393/08/$ DOI: 2008, Vol. 34, No. 2, 399 407. Multidimensional Visual Statistical Learning Nicholas B. Turk-Browne, Phillip J. Isola, Brian J. Scholl, and Teresa A. Treat Yale University Recent studies of Visual Statistical Learning (VSL) have demonstrated that Statistical regularities in sequences of Visual stimuli can be automatically extracted, even without intent or awareness. Despite much work on this topic, however, several fundamental questions remain about the nature of VSL. In particular, previous experiments have not explored the underlying units over which VSL operates. In a sequence of colored shapes, for example, does VSL operate over each feature dimension independently, or over Multidimensional objects in which color and shape are bound together?

2 The studies reported here demonstrate that VSL can be both object-based and feature-based, in systematic ways based on how different feature dimensions covary. For example, when each shape covaried perfectly with a particular color, VSL was object-based: Observers expressed robust VSL for colored-shape sub-sequences at test but failed when the test items consisted of monochromatic shapes or color patches. When shape and color pairs were partially decoupled during Learning , however, VSL operated over features: Observers ex- pressed robust VSL when the feature dimensions were tested separately. These results suggest that VSL. is object-based, but that sensitivity to feature correlations in Multidimensional sequences (possibly another form of VSL) may in turn help define what counts as an object.

3 Keywords: Statistical Learning , feature binding, objects, feature dimensions Visual perception is remarkable in at least two ways. First, it abilities between syllables (Saffran, Aslin, & Newport, 1996). The serves to make us aware of a highly coherent and structured world, precise relationship between such forms of Statistical Learning and despite noisy fragmented input. Second, it provides such experi- the implicit Learning literature more generally is under active ences without any hint of the underlying computational complexity consideration (Perruchet & Pacton, 2006). involved in their construction. In fact, recent work has demon- The auditory Statistical Learning design was later adapted for use strated that perception is supported by surprisingly subtle types of with Visual stimuli in studies with adult observers by Fiser and Visual associative Learning .

4 One type of Learning Visual Statistical Aslin (2002a; see also Olson & Chun, 2001). Observers viewed an Learning may be particularly important in this context, since it animation in which a single object moved horizontally across the can occur automatically and without any intent or even awareness. screen, continuously cycling back and forth behind a central oc- cluder and changing its shape each time it passed behind the Visual Statistical Learning occluder (see Figure 1a). Observers watched this animation for only a few minutes, with no specific task. The sequence of shapes, The study of implicit Learning has a long history in psychology though apparently random, actually consisted of temporal trip- (see Stadler & Frensch, 1998), going back to early studies of Learning in natural languages ( , Harris, 1955), artificial gram- lets in which the same three shapes always appeared in the same mars ( , Reber, 1967), and manual sequences of responses ( , order ( , A-B-C-G-H-I-D-E-F-A-B-C.))

5 Critically, only this Nissen & Bullemer, 1987). In its modern incarnation, the study of Statistical regularity demarcated the triplets, since the intershape Statistical Learning began with the demonstration that young infants delay was always the same. are able to find word boundaries in acoustically unsegmented After this passive exposure, observers completed a surprise syllable sequences by using only the differential transitional prob- two-interval-forced-choice familiarity task that pitted triplets ( , ABC) against foil sequences of three shapes with a joint proba- bility of zero ( , AEI). Observers correctly identified the triplets Nicholas B. Turk-Browne, Phillip J. Isola, Brian J. Scholl, and Teresa A.

6 As more familiar than the foil sequences 95% of the time, indicat- Treat, Department of Psychology, Yale University. ing robust Statistical Learning of Visual temporal sequences. While Nicholas B. Turk-Browne was supported by a foreign Natural Sciences the use of deterministic triplets and familiarity judgments may and Engineering Research Council of Canada postgraduate scholarship, support explicit recognition of the regularities in some cases, and Brian J. Scholl was supported by National Science Foundation Grant Visual Statistical Learning (VSL) can also occur during an orthog- BCS-0132444. For helpful conversation and comments on drafts of the onal task (such as repetition detection), without any reported article, we thank Tim Brady, Marvin Chun, Rochel Gelman, Justin Junge , awareness of the Statistical structure (Turk-Browne, Junge , &.)

7 Stephan Lewandowsky, Christian Luhmann, and Pierre Perruchet. We Scholl, 2005), and can facilitate online performance (Hunt &. thank Dick Aslin for providing the shape stimuli. Correspondence concerning this article should be addressed to Nicholas Aslin, 2001; Olson & Chun, 2001; Turk-Browne et al., 2005;. B. Turk-Browne or Brian J. Scholl, Department of Psychology, Yale Turk-Browne & Scholl, 2006). University, Box 208205, New Haven, CT 06520-8205. E-mail: Other recent work with VSL has demonstrated that such learn- or ing operates over spatial as well as temporal regularities ( , 399. 400 TURK-BROWNE, ISOLA, SCHOLL, AND TREAT. Figure 1. Stimuli and trial sequence. (a) Depiction of the display used in the present experiments (and in Fiser & Aslin, 2002a).

8 A single object oscillates back and forth across the display, changing into a new object each time it passes behind the stationary central occluder. (b) The 12 nonsense shapes used in our study, from Fiser and Aslin (2001). (c) The 12 nonblack colors used in our study (depicted here with different patterns and gray levels). Baker, Olson, & Behrmann, 2004; Chun & Jiang, 1998; Fiser & have important implications for how readily Learning in one situ- Aslin, 2001); at multiple spatial scales (Fiser & Aslin, 2005); ation will transfer to another (see also Turk-Browne & Scholl, across multiple modalities (Conway & Christiansen, 2005) and 2006). Finally, and most generally, one of the most critical steps in despite interleaved noise (Junge , Turk-Browne, & Scholl, 2005; understanding any cognitive or perceptual process is to determine Turk-Browne et al.

9 , 2005); and in young infants in addition to the underlying currency over which that process operates. In the adults (Fiser & Aslin, 2002b; Kirkham, Slemmer, & Johnson, following experiments, we explore how VSL operates over indi- 2002). Moreover, other recent studies of temporal VSL have begun vidual features and bound objects. to elucidate some of the underlying processes that help make VSL. possible, involving selective attention (Turk-Browne et al., 2005), General Method association (Turk-Browne & Scholl, 2006), computations of per- sisting object representations (Fiser, Scholl, & Aslin, 2007), and Observers anticipation (Turk-Browne, Johnson, Chun, & Scholl, 2007). Seventy-two na ve subjects (16 in Experiments 1, 2, 3, and 4a.

10 8 in Experiment 4b), all with normal or corrected-to-normal acuity The Units of VSL: Features or Objects? and color vision, participated for course credit or monetary com- Despite this considerable body of work on VSL, several funda- pensation. mental questions remain about its nature. In particular, previous experiments have not determined the underlying units over which Apparatus and Stimuli VSL operates. In a sequence of colored shapes, for example, does VSL operate over each feature dimension independently, or over Stimuli were presented with custom software written with the Multidimensional objects in which color and shape are intrinsically VisionShell graphics libraries (Comtois, 2004) on Apple desktop bound together? 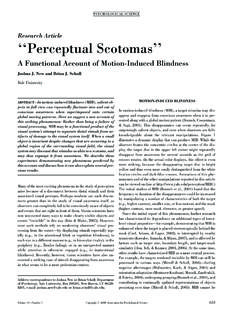 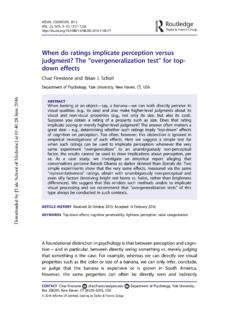 When do ratings implicate perception versus …

When do ratings implicate perception versus judgment? The “overgeneralization test” for top-down effects Chaz Firestone and Brian J. Scholl 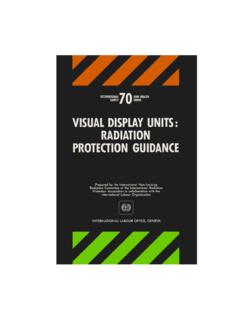 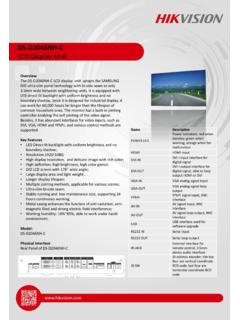 Overview The DS-D2046NH-C LCD display unit adopts the SAMSUNG DID ultra-slim panel technology with bi-side seam as only 3.5mm wide between neighboring units. 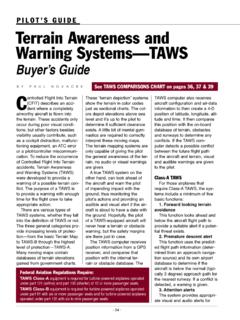 - 35-both cautions and warnings. 4. Terrain awareness display The TAWS equipment provides terrain information to a suitable display system—radar or multi-

Page 1 of 6 Health and Safety Working with display screen equipment (DSE) A brief guide This is a web-friendly version of leaflet INDG36(rev4), published 04/13

Display, With, Working, Working with display 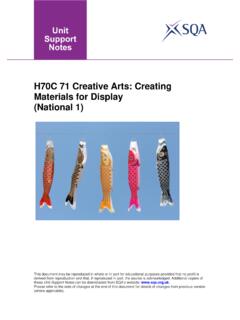 H70C 71 Creative Arts: Creating Materials for Display (National 1) This document may be reproduced in whole or in part for educational purposes provided that no profit is 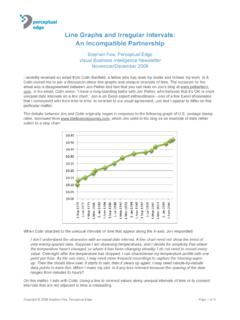