NATIONAL CONFERENCE ON SILICOSIS . Date : 25 July 2014. Venue : India International Centre, Multipurpose Hall, Max Mueller Marg, New Delhi-110 003. BACKGROUND NOTE. SILICOSIS is a fibrotic lung disorder caused by inhalation, retention and pulmonary reaction to crystalline silica, as a result of exposure during mining, stone crushing and quarrying activities. The most common form of silica is quartz. Exceptionally high exposure of silica can cause SILICOSIS within a month with a significant impairment of lungs within few years. The major SILICOSIS prone industries are: (i) All stone quarries and crushers (ii) Quartz mining (iii) Foundries (iv) Sand blasting (v) Ceramics industries (vi) Gem cutting and polishing (vii) Slate/pencil industries (viii) Construction (ix) All mining industries (x) Glass manufacture industries [. 2. As per the report of Indian Council for Medical Research (1999), there are about 30 lakhs worker in India who are at a high risk of exposure to silica.]

1 NATIONAL CONFERENCE ON SILICOSIS . Date : 25 July 2014. Venue : India International Centre, Multipurpose Hall, Max Mueller Marg, New Delhi-110 003. BACKGROUND NOTE. SILICOSIS is a fibrotic lung disorder caused by inhalation, retention and pulmonary reaction to crystalline silica, as a result of exposure during mining, stone crushing and quarrying activities. The most common form of silica is quartz. Exceptionally high exposure of silica can cause SILICOSIS within a month with a significant impairment of lungs within few years. The major SILICOSIS prone industries are: (i) All stone quarries and crushers (ii) Quartz mining (iii) Foundries (iv) Sand blasting (v) Ceramics industries (vi) Gem cutting and polishing (vii) Slate/pencil industries (viii) Construction (ix) All mining industries (x) Glass manufacture industries [. 2. As per the report of Indian Council for Medical Research (1999), there are about 30 lakhs worker in India who are at a high risk of exposure to silica.]

2 Out of these, 17 lakhs are in mining/quarrying activities, lakhs in glass and mica industry and lakhs in metals industry. In addition, 53 lakhs construction workers are also at the risk of silica exposure. 1. 3. According to the WHO Declaration on Occupational Health, 1994, there are around 100 million workers getting injured and 200,000 die each year in occupational accidents. Around 150 million new cases of occupational diseases are attributed to hazardous exposure or work load. Such high number of severe health outcomes accounts for the most important impact on health of the world population. Occupational injuries and diseases are more predominant in the developing countries. These occupational injuries and diseases profoundly affect the work productivity, economic and social well being of workers, their families and dependents 4. While framing and amending the legislations concerning occupational safety and health, the Government of India, as one of the founding members of the International Labour Organisation (ILO) derives conclusive guidelines from the conventions, recommendations and codes of practices framed by ILO in this regard.

3 The ILO has so far adopted 182 conventions and 190 recommendations encompassing subjects such as workers' fundamental rights, protection, social security, labour welfare, occupational safety and health and related issues of women and child labour, migrant labour, indigenous and tribal population, etc. In the field of occupational safety, health and working environment, ILO has framed 13 conventions and equal number of recommendations so far. Out of these, Government of India has ratified 2 conventions namely Radiation Protection Convention ( ), 1960 and Benzene Convention ( ), 1971. 5. The Constitution of India provides for ensuring health, safety and welfare of persons employed in various occupations. Some of the important constitutional provisions related to welfare and safety of persons employed in various occupations includes Article 24 which prohibits employment of child below 14 years for work in any factory or mine or in any hazardous employment.

4 Article 39 requires the State to direct its policy to ensure that the health and 2. strength of workers, men and women, and the tender age of children are not abused and that citizens are not forced by economic necessity to enter a vocations unsuited to their age or strength. Article 42 directs the State to make provision for securing just and humane conditions of work and maternity relief. The Seventh Schedule of the Constitution lists the jurisdiction of the Centre and the State Governments to legislate in particular subject matters. In terms of List-I. under this Schedule, the Central Government is exclusively authorized to make laws for regulations of labour and safety in mines (vide Item in the list) and for safety of workers employed in major ports (vide Item No. 27 in the list). In the list of Concurrent subjects welfare of labour (vide No. 24 in the list) and factories (vide No.)

5 34 in the list) have been included. 6. The Supreme Court of India on 5/3/2009, in a Writ Petition (Civil) No. 110/2006, People's Rights & Social Research Centre (PRASAR) v/s. Union of India & Others observed that: NHRC has conducted a Survey regarding problem of SILICOSIS , which is affecting a large number of people working at the premises of stone crushers, stone quarry construction work, glass factories, quartz crushing factories, stone mines and other silicon dust producing plants. The preliminary report of NHRC shows that the problem of SILICOSIS is prevalent in many states and further survey is to be conducted in this regard and since the Ministry of Health and Ministry of Labour, Union of India to extend further assistance to the NHRC for further action in this regard. NHRC may take up the specific and confirmed cases of persons, who are suffering from SILICOSIS and shall recommend to provide immediate medical relief to them through the concerned authorities and in case of those persons who died because of SILICOSIS , may provide for compensation through the concerned authorities.

6 3. 7. The NHRC is of the view that the occupational hazard of SILICOSIS is preventable if the working conditions are properly regulated and proper warning and protective equipments are used. Once a worker or any other person is afflicted by SILICOSIS , it becomes a constitutional obligation on part of the State to take appropriate short-term and long-term measures from the point of view of providing medical facilities and rehabilitation of the victims. 8. In a meeting convened in the NHRC on 1 May 2008, it was reiterated that SILICOSIS is an occupational hazard and could only be prevented if the working conditions of workers are properly regulated and needful precautions are adhered to by the employers, both in the organized and unorganized sector. It was further observed that none of the States/Union Territories have a policy that encompasses preventive, curative and rehabilitative measures that could be taken for the benefit of SILICOSIS victims.

7 Accordingly, NHRC directed that the Union Government and the States/Union Territories should furnish complete information with regard to the following points: (i) What steps the Government is taking to prevent and ultimately eliminate the problem of SILICOSIS , within how much time-fame and how it proposes to monitor its actions? (ii) Whether the Government has undertaken any survey regarding the prevalence of SILICOSIS ? If yes, the total number of victims identified and the status of their treatment. (iii) How many complaints have been received by the States/Union Territories regarding the problem of SILICOSIS and what steps have been taken by the Government? (iv) What steps have been taken to implement Schedule No. XIII. prepared by the Directorate General Factory Advice Service and 4. Labour Institute under model Rule 120 framed u/s 87 of the Factories Act, 1948? (v) How many Hospitals/Treatment Centres exist for diagnosis and treatment of the occupational disease SILICOSIS ?

8 (vi) Whether a policy has been formulated for simplifying the procedure to enable the workers to file claims for compensation? (vii) Whether the States/Union Territories have paid any compensation to the victims of SILICOSIS ? If yes, the details of such persons and the amount paid. (viii) What steps are contemplated by the Government to ensure that the workers employed in industries/ factories/quarries/mines receive compensation? (ix) Whether the Government has evolved any policy for prevention and cure of SILICOSIS and payment of compensation to the persons working in the unorganized sector? (x) Whether the Government proposes to constitute any Board or set- up any fund for the rehabilitation and insurance of all the workers affected by SILICOSIS ? 9. The Commission in 2009, constituted an Expert Group on SILICOSIS to assist in devising strategies for dealing with this occupational hazard and to evolve necessary preventive, remedial, rehabilitative measures to alleviate the problem faced by the affected workers and their families.

9 Based on the advice of the Expert Group, the Commission has prepared a set of recommendations on Preventive, Remedial, Rehabilitative and Compensation aspect of SILICOSIS . (Annexure I). 5. 10. The Commission on 1 March 2011 organized a NATIONAL CONFERENCE on SILICOSIS in New Delhi. Its objective was to assess the action taken by the States/Union Territories on the recommendations made by the NHRC with regard to preventive, remedial, rehabilitative and compensation aspects. Besides , NHRC wanted to know from the States/Union Territories, the action taken on the ten points made by it in the meeting convened on 1 May 2008. The other objective was to discuss the present status with various non-governmental organizations and technical institutions dealing with the issue of SILICOSIS . The important recommendations that emerged from the NATIONAL CONFERENCE are annexed. (Annexure II). 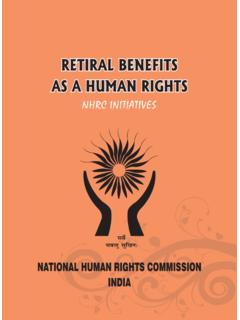 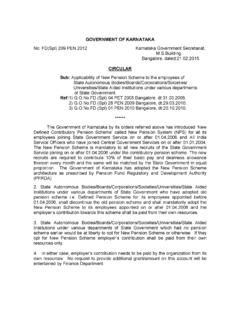 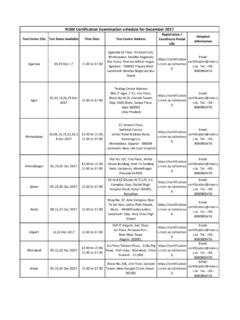