laundering risk and that law enforcement efforts to uncover the true owners of companies can be resource-intensive, especially when those ownership trails lead overseas or involve numerous layers. The lack of obligation for certain financial institutions to identify the natural person(s) ... and countering the financing of terrorism (AML/CFT ...

2 The crimes that generate the bulk of illicit proceeds in the United States are fraud, drug trafficking, human smuggling, human trafficking, organized crime, and corruption. The many varieties of fraud, including bank fraud, consumer fraud, healthcare fraud, securities fraud, and tax refund fraud, are believed to generate the largest share of illicit proceeds. Healthcare fraud alone generates proceeds of approximately $100 billion annually. Prosecutions indicate that healthcare fraud often involves complicit healthcare professionals submitting fraudulent bills to insurers. Insurance payments and subsequent transactions may flow through the banking system and look indistinguishable from legitimate funds transfers. When payments are made by check the LAUNDERING can involve the help of complicit check cashers. Law enforcement agencies have seen an increase in cybercrime, which encompasses a variety of illicit activity including phishing, malware attacks, and cyber-enabled crime such as credit card fraud, business e-mail compromise; and various types of consumer scams, including fake romance and lottery schemes, and employment offers that all inevitably involve the victim receiving requests for MONEY .

3 These internet-based crimes can be perpetrated from anywhere in the world, which, along with the universal presence of drug trafficking networks, has contributed to the rise of global MONEY LAUNDERING syndicates that employ complicit merchants, financial services professionals, and individuals to launder illicit proceeds on behalf of a variety of criminals. These professional MONEY launderers and networks then subsist independently of the criminals they serve, making them dangerous due to their adaptability. 1. The three stages of MONEY LAUNDERING are: (1) placement, in which illicit proceeds are introduced into the financial system; (2) layering, in which the criminal attempts to distance the proceeds from the crime through a series of transactions; and (3) integration, whereby the illicit funds re-enter the economy disguised as legitimate funds. 2. The 2015 NATIONAL MONEY LAUNDERING Risk ASSESSMENT is available at center/terrorist-illicit- finance/Documents/ NATIONAL %20 MONEY %20 LAUNDERING %20 Risk%20 ASSESSMENT %20%E2%80%93%2006-12- 2.

4 Mexico remains the dominant conduit for most illegal drugs entering the Professional MONEY launderers often take possession of the drug proceeds in the and facilitate the LAUNDERING process. Such LAUNDERING can involve a combination of structured bank deposits, funnel accounts, and bulk cash smuggling. A typical scheme exemplifying how these MONEY LAUNDERING methods work together involves the pooling of proceeds into a single account as the result of small cash deposits at bank branches throughout the country, then either wiring the collected funds to Mexico or withdrawing them in currency near the Southwest border for smuggling into Mexico. Another common method is trade-based MONEY LAUNDERING , which involves using a cycle of MONEY brokers and exporters of goods to disguise and move drug MONEY . The sale of the goods effectively launders the MONEY and provides drug suppliers with payment in local currency.

5 Merchants who receive payment by check or wire for their goods may be unaware they are participating in a MONEY LAUNDERING scheme, but some willingly accept drug cash and are aware they are complicit. The nature of synthetic drug trafficking, and associated financial flows, has changed with the rise of China as a supplier of fentanyl and its analogues and precursors. China is the primary source of fentanyl and fentanyl analogues3 and payments to China for these drugs are made by bank and non-bank wires as well as by virtual currencies. In October 2017 the Department of Justice announced its first indictments of Chinese nationals for fentanyl and fentanyl analogues trafficking in the United After a series of deaths and overdoses that prompted the investigation, 32 defendants were charged, including Jian Zhang. The Attorney General noted: [t]his was an elaborate and sophisticated conspiracy.

6 They used the internet, about 30 different aliases, cryptocurrency, off-shore accounts, and encrypted communications, and they allegedly laundered funds internationally through third parties. 5 In April 2018 the Office of Foreign Assets Control (OFAC) followed with the designation of Zhang and others as Significant Foreign Narcotics Trafficker pursuant to the Kingpin Act blocking their assets and prohibiting transactions with them in the first such designation involving an alleged fentanyl trafficker. OFAC noted that MONEY services businesses (MSBs) were also used to launder the Virtual currencies, in addition to being the preferred form of payment for buying illicit drugs and other illicit goods online and paying the perpetrators of ransomware attacks, are also now used as a MONEY LAUNDERING vehicle. Global MONEY LAUNDERING syndicates have added the option of moving illicit proceeds into and through virtual currencies as another way to layer transactions in order to hide the origin of dirty MONEY .

8 Although improvements can be made to diminish these risks , the fact they exist to some extent should not be considered surprising. Anonymity in transactions and funds transfers is the main risk that facilitates MONEY LAUNDERING . Criminal actors involved in drug trafficking, human smuggling and trafficking, illicit retail transactions, and various activities associate with organized crime continue to prefer currency-denominated cash due to its widespread use in the as well as its global use due its wide acceptance as a stable store of value and medium of exchange. Virtual currencies, when exchanger and administrators are unregulated, also provide anonymity and pose risks due to the speed they can be transmitted, disintermediation, global reach, and the lack of regulation and supervision in many jurisdictions. The risk of the misuse of cash and virtual currency is mitigated in the United States by the imposition of AML program, suspicious and currency transaction reporting, and customer recordkeeping requirements on financial institutions.

9 In addition, businesses and individuals have cash reporting obligations in certain circumstances to mitigate the risks of using cash. But these obligations are only effective to the extent they are followed. Criminals seek out complicit merchants, professional, and financial services employees. The Department of Justice has increased its focus on complicit professionals, resulting in prosecutions of merchants facilitating trade-based MONEY LAUNDERING (TBML), as well as attorneys and real estate agents. Individuals who abuse their professional position at financial institutions also are a MONEY LAUNDERING risk. These individuals facilitate the opening of accounts, conduct funds transfers, and cash checks while knowingly failing to verify customer identification when required, maintain accurate transaction records, or file required Financial institutions with lax compliance programs also pose a MONEY LAUNDERING risk.

10 Federal law enforcement agencies noted that misuse of legal entities posed a significant MONEY LAUNDERING risk and that law enforcement efforts to uncover the true owners of companies can be resource-intensive, especially when those ownership trails lead overseas or involve numerous layers. The lack of obligation for certain financial institutions to identify the natural person(s). who own or control a corporate customer had allowed individuals to access financial services anonymously by acting through shell companies. While it is too soon to predict the full impact of Financial Crimes Enforcement Network (FinCEN) new Customer Due Diligence (CDD) rule, this MONEY LAUNDERING risk should lessen as a result of their full 7. Title 31 of the Code, Section 5313, requires a financial institution to file a Currency Transaction Report (CTR) with FinCEN for each cash transaction or group of related cash transactions in a day that aggregate to more than $10,000. 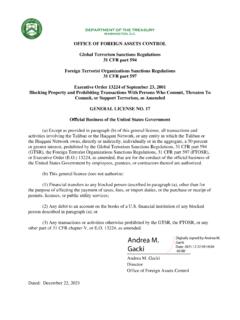 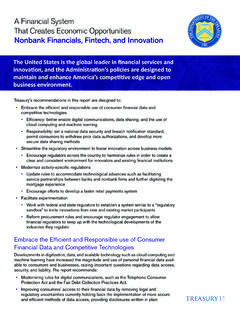 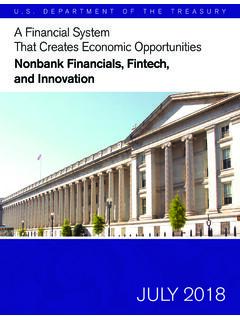 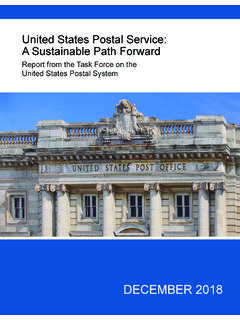 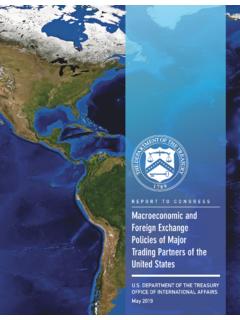 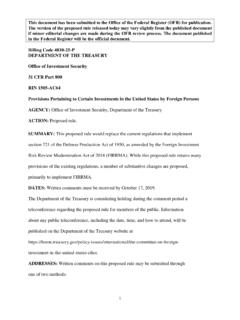 ranking countries according to their risk of money laundering and terrorist financing (ML/TF). It provides risk scores based on the quality of a country’s anti-money laundering and countering the financing of terrorism (AML/CFT) framework and related factors such as perceived levels of corruption, financial 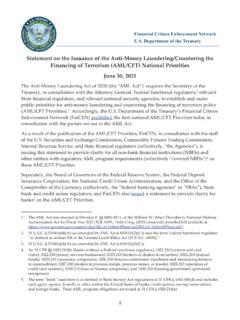 Statement on the Issuance of the Anti-Money Laundering ...

public priorities for anti-money laundering and countering the financing of terrorism policy (AML/CFT Priorities).3 Accordingly, the U.S. Department of the Treasury’s Financial Crimes Enforcement Network (FinCEN) published the first national AML/CFT Priorities today in consultation with the parties set out in the AML Act. 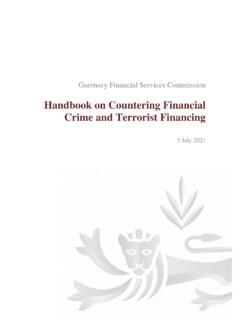 compliance with the Notices and Guidelines on Prevention of Money Laundering and Countering the Financing of Terrorism. If any information is found false or misleading, or if the need to obtain further information is not met, iFAST may reject any of my/our 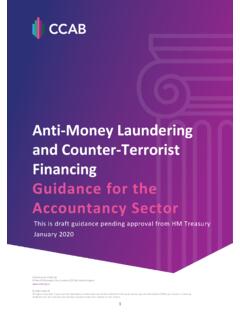 This guidance covers the prevention of money laundering and the countering of terrorist financing. It is intended to be read by anyone who provides audit, accountancy, tax advisory, insolvency, or trust and company services in the United Kingdom and has been approved and adopted by the UK accountancy AML supervisory bodies.

-3- Anti-Money Laundering Act of 2020 December 17, 2020 Preventing money laundering and the financing of terrorism through reasonably designed risk-based programs, in particular, marks a departure from the existing purpose of the BSA, which is to require reports