cause of death. Information on these mortality patterns is key to understanding changes in the health and well-being of the U.S. population (1). Companion reports present additional details on leading causes of death and life expectancy in the United States (2,3). Mortality data in this report can be used to monitor and

3 Conclusions The age-adjusted death rate for the total, male, and female populations increased from 2016 to 2017 and life expectancy at birth decreased in 2017 for the total and male : mortality cause of death life expectancy Vital statisticsHighlightsMortality experience in 2017 NCHS Reports can be downloaded from: In 2017, a total of 2,813,503 resident deaths were registered in the United States, yielding a crude death rate of per100,000 population. The age-adjusted death rate, which accounts for the aging of the population, was deaths per 100,000 standardpopulation. Life expectancy at birth was years. The 15 leading causes of death in 2017 of heart (heart Disease ) neoplasms (cancer) (unintentional injuries) lower respiratory diseases (stroke) mellitus (diabetes) and , nephrotic syndrome and nephrosis(kidney Disease ) self-harm (suicide) liver Disease and hypertension and hypertensive renaldisease (hypertension) due to solids and liquids In 2017, the infant mortality rate was infant deaths per1,000 live births.

4 The 10 leading causes of infant death malformations, deformations andchromosomal abnormalities (congenitalmalformations)2 National Vital Statistics Reports , Vol. 68, No. 9, June 24, 2019 TrendsIntroductionThis report presents detailed 2017 data on deaths and death rates according to a number of demographic and medical characteristics. These data provide information on mortality patterns among residents of the United States by such variables as age, sex, Hispanic origin and race, state of residence, and cause of death. Information on these mortality patterns is key to understanding changes in the health and well-being of the population (1). Companion Reports present additional details on leading causes of death and life expectancy in the United States (2,3). Mortality data in this report can be used to monitor and evaluate the health status of the United States in terms of current mortality levels and long-term mortality trends, as well as to identify segments of the population at greater risk of death from specific diseases and injuries.

5 Differences in death rates among various demographic subpopulations, including race and ethnicity groups, may reflect subpopulation differences in factors such as socioeconomic status, access to medical care, and the prevalence of specific risk factors in a particular in this report are based on information from all resident death certificates filed in the 50 states and the District of Columbia. More than 99% of deaths occurring in this country are believed to be registered (4). Tables showing data by state also provide information for Puerto Rico, Guam, Virgin Islands, American Samoa, and the Commonwealth of the Northern Mariana Islands (Northern Marianas). Cause-of-death Statistics presented in this report are classified in accordance with the International Classification of Diseases, 10th Revision (ICD 10) (5 7). Selected causes are presented primarily based on their impact on public health and future planning.

6 A discussion of the cause-of-death classification is provided in Technical Notes at the end of this report. Mortality data on specific demographic and medical characteristics cover all 50 states and the District of Columbia. 2. Disorders related to short gestation and low birth weight, not elsewhere classified (low birth weight) 3. Newborn affected by maternal complications of pregnancy (maternal complications) 4. Sudden infant death syndrome (SIDS) 5. Accidents (unintentional injuries) 6. Newborn affected by complications of placenta, cord and membranes (cord and placental complications) 7. Bacterial sepsis of newborn 8. Diseases of the circulatory system 9. Respiratory distress of newborn 10. Neonatal hemorrhage The decrease in life expectancy at birth for the total population in 2017 was mainly due to increases in mortality from unintentional injuries, suicide, diabetes, Alzheimer Disease , and Influenza and pneumonia, with unintentional injuries making the largest contribution.

9 Age-adjusted death rates increased significantly in 2017 from 2016 for 10 of the 15 leading causes of death, including unintentional injuries, Chronic lower respiratory diseases, stroke, Alzheimer Disease , diabetes, Influenza and pneumonia, suicide, Chronic liver Disease and cirrhosis, hypertension, and Parkinson Disease . Significant decreases occurred in 2017 from 2016 for 1 of the 15 leading causes of death: cancer. Age-adjusted death rates increased in 2017 from 2016 for drug-induced causes ( ) and firearm-related injuries ( ). National Vital Statistics Reports , Vol. 68, No. 9, June 24, 2019 3 Measures of mortality in this report include the number of deaths; crude, age-specific, and age-adjusted death rates; infant, neonatal, and postneonatal mortality rates; life expectancy; and rate ratios. Changes in death rates in 2017 compared with 2016 and differences in death rates across demographic groups in 2017 were tested for statistical significance.

10 Unless otherwise specified, reported differences are statistically significant. Additional information on these statistical methods, random variation and relative standard error, the computation of derived Statistics and rates, population denominators, and the definition of terms is presented in Technical populations used to calculate death rates shown in this report for 1991 2017 were produced under a collaborative arrangement with the Census Bureau. Populations for 2010 2017 and the intercensal period 2001 2009 are consistent with the 2010 census (8 16). Reflecting the latest guidelines issued in 1997 by the Office of Management and Budget (OMB), the 2000 and 2010 censuses included an option for persons to report more than one race as appropriate for themselves and household members (17); see Technical Notes for details on multiple-race reporting and methods used to bridge responses for those who report more than one race. 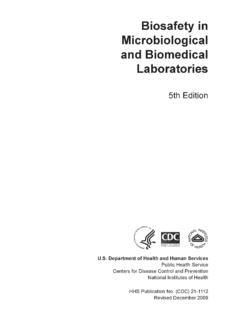 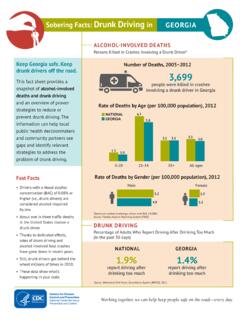 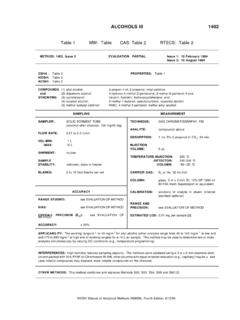 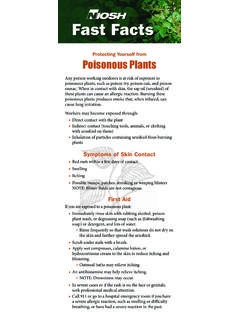 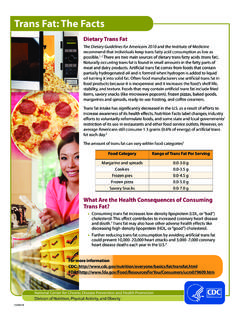 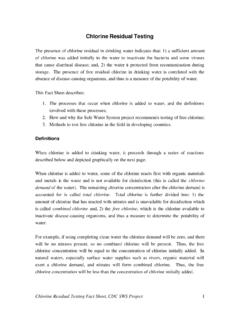 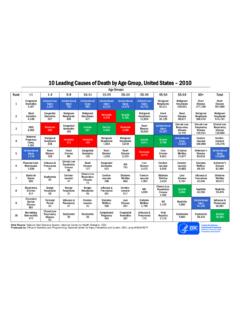 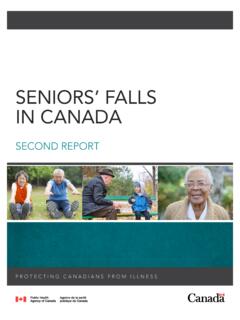 the leading cause of injury-related hospitalizations, and absolute numbers are on the rise. Falls can lead to negative mental health outcomes such as fear of falling, loss of autonomy and greater isolation, confusion, immobilization and depression. In addition to the negative physical and mental health consequences