Negative Swap Spreads and Limited ArbitrageUrban J. Jermann Wharton School of the University of Pennsylvania and NBERD ecember 21, 2018 AbstractSince October 2008fixed rates for interest rate swaps with a thirty year maturityhave been mostly below treasury rates with the same maturity. Under standard as-sumptions this implies the existence of Arbitrage opportunities. This paper presents amodel for pricing interest rate swaps where frictions for holding bonds limit show analytically that Negative swap Spreads should not be surprising.

1 Negative Swap Spreads and Limited ArbitrageUrban J. Jermann Wharton School of the University of Pennsylvania and NBERD ecember 21, 2018 AbstractSince October 2008fixed rates for interest rate swaps with a thirty year maturityhave been mostly below treasury rates with the same maturity. Under standard as-sumptions this implies the existence of Arbitrage opportunities. This paper presents amodel for pricing interest rate swaps where frictions for holding bonds limit show analytically that Negative swap Spreads should not be surprising.

2 In the cali-brated model, swap Spreads can reasonably match empirical counterparts without theneed for large demand imbalances in the swap market. Empirical evidence is consis-tent with the relation between term Spreads and swap Spreads in the model. Keywords:Swap spread, Limited Arbitrage ,fixed income Arbitrage (JEL: G12, G13).1 IntroductionInterest rate swaps are the most popular derivative contracts. According to the Bank forInternational Settlements, for thefirsthalfof2015,thenotionalamountofsu chcontractsoutstanding was 320 trn USD.

3 In a typical interest rate swap in USD, a counterparty peri-odically pays afixed amount in exchange for receiving a payment indexed to LIBOR. SinceOctober 2008, thefixed rate on swaps with a thirty year maturity has typically been belowtreasuries with the same maturity, so that the spread for swaps relative to treasuries hasbeen Negative . What in 2008 may have looked like a temporary disruption related to themost virulent period of thefinancial crisis has persisted for years, see Figure 1. Comments from seminar and conference participants at Wharton, NYU Stern, Michigan Ross, the Fed-eral Reserve Board, the NBER Asset Pricing Summer Institute, Minnesota Carlson and the Universityof Chicago, as well as from Itamar Drechsler, Marti Subrahmanyam, Min Wei, Hiroatsu Tanaka, AndreaEisfeldt, Francis Longstaff, Frederico Belo and Tim Landvoigt are gratefully acknowledged.

5 If the position is held to maturity, and if LIBOR remainsabove repo, this represents a risk-free Arbitrage . In reality, a shorter horizon exposes theinvestor to the risk of an even more Negative swap spread. Possible disruptions in the repofunding can also make such an investment risky, and capital requirements can add there seem to be good reasons for why Arbitrage would be Limited in this case, thereare so far no equilibrium asset pricing models that are consistent with Negative swap paper develops a model for pricing interest rates swaps that features Limited arbi-trage.

6 In the model, dealers invest infixed income securities. A dealer can buy and sellrisk-less debt with different maturities, as well as interest rate swaps . Debt prices are ex-ogenous, the model prices swaps endogenously. Without frictions, the price of a swap equalsits no- Arbitrage value, and the swap spread has to be positive. When frictions limit the sizeof the dealer sfixed income investments, swaps cannot be fully arbitraged, and swaps arepriced with state prices that are not fully consistent with bond mainfinding is that with Limited Arbitrage , Negative swaps Spreads are not surprisinganymore, even without explicit demand effects.

7 With frictions, dealers have smaller bondpositions and are less exposed to long-term interest rate risk. They require less compensationfor the exposure to thefixed swap rate and, therefore, the swap rate is lower. In the model,in the limit as frictions become more extreme, the unconditional expectations of the swaprate and LIBOR are equalized. With long-term treasury rates typically larger than LIBOR,the swap spread would then naturally be Negative . Equivalently, because the TED spread istypically smaller than the term spread, the swap spread would be Negative .

8 Quantitatively,with moderate frictions for holding long-term bonds, the model can produce thirty-year swapspreads in the range observed since October 2008. Model extensions such as demand effectsand swap holding costs can affect swap rates in meaningful ways, but they are unlikely tobe the main drivers of recent Negative swap Spreads . Explicit leverage constraints or capitalrequirements are shown to affect swap Spreads similarly to holding costs for long-term implication of the model is that, conditional on short-term rates, term Spreads arenegatively related to swap Spreads .

9 Empirical evidence consistent with this regularity have advanced a number of potential explanations for why swap spreadshave turned Negative , the so-called swap spreadinversion. Consistently among the mainreasons is the notion that stepped-up banking regulation in the wake of the globalfinancialcrisis has made it more costly for banks to hold government bonds. For instance, Bowmanand Wilkie (2016) at Euromoney magazine write on this topic: ".. there is little doubtabout the impact of regulation primarily the leverage ratio and supplementary leverageratio on bank balance-sheet capacity and market liquidity.

10 The leverage ratio has madethe provision of the repo needed to buy treasuries prohibitively expensive for banks." As ithas become more costly for banks to hold treasuries, apparent Arbitrage opportunities canpersist. In my model, it is costly for dealers to hold treasuries and this reduces the sizeof their bond positions. This leads to the possibility that swaps are no longer priced inline with treasuries. A key insight provided by my model is that with Arbitrage Limited inthis way, swap Spreads should naturally be Negative , even in the absence of explicit demandeffects. 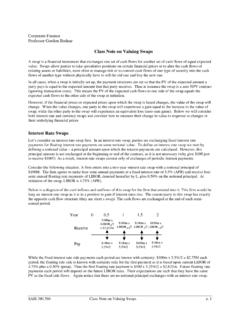 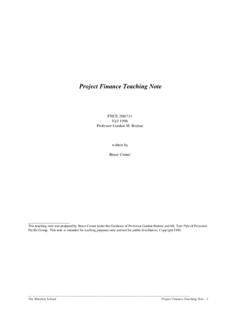 The Wharton School Project Finance Teaching Note - 2 I. Definition of project finance The term “project finance” is used loosely by academics, bankers and journalists to 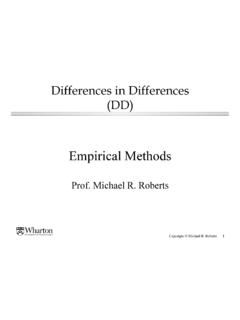 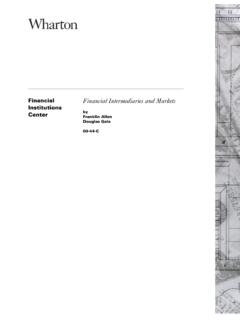 Financial institutions and ﬁnancial markets exist to facilitate the e ﬃcient allocation of risks and resources. Any government intervention will have an impact on the normal functioning of the ﬁnancial sys-tem. A policy of preventing ﬁnancial crises will inevitably create distortions. One of the 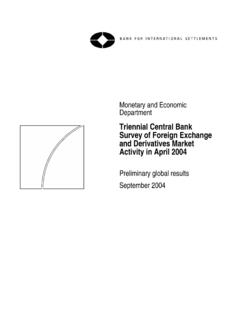 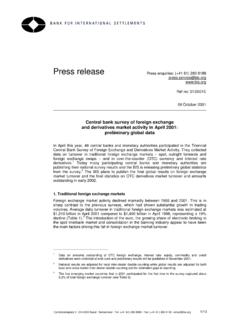 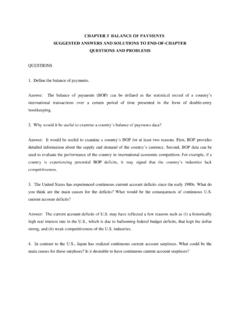 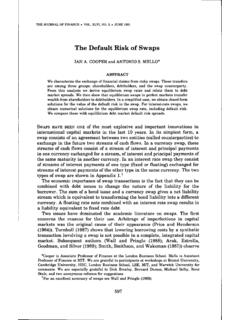 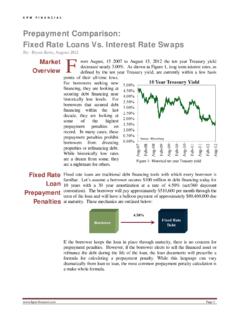 swap can be done in today’s market for the remaining term of the borrower’s swap. Once this swap rate is determined (the “Replacement Rate”) it is compared to the borrower’s existing swap rate. 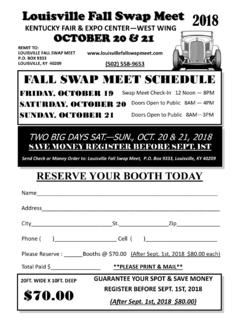 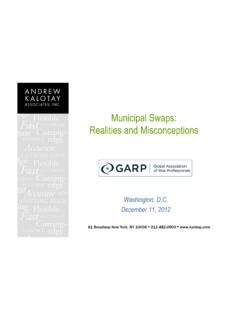 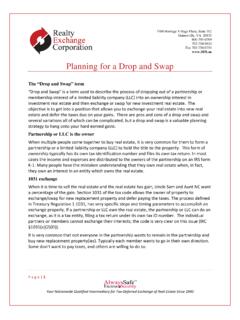 Planning for a Drop and Swap 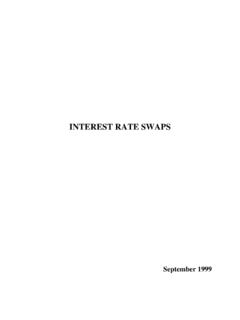 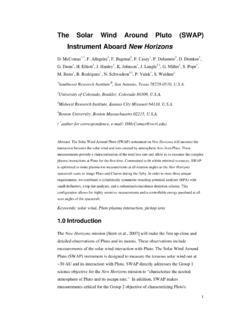 The Solar Wind Around Pluto (SWAP) Instrument Aboard …

The SWAP design was strongly driven by three constraints: 1) very low use of spacecraft resources (mass, power, telemetry, etc.) as this is a non-core instrument on a relatively small planetary mission; 2) very high sensitivity to measure the 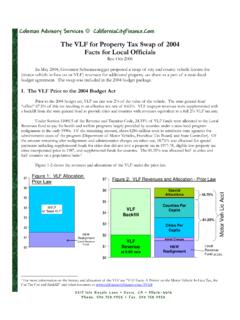 The VLF for Property Tax Swap of 2004 Facts for Local Officials Rev. Oct 2006 In May 2004, Governor Schwarzenegger proposed a swap of city and county vehicle license fee (motor vehicle in-lieu tax or VLF) revenues for additional property tax share as a part of a state-local 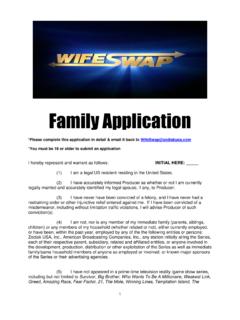 SWAP (the "Program"). In connection with my participation in the Activity, I acknowledge, represent, warrant and agree as follows: (1) I am 18 years of age or older. 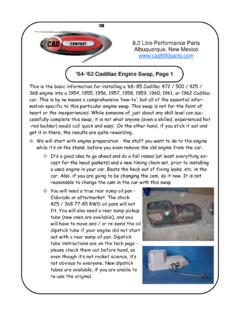