- 3 - Judiciary Committee (but not yet acted upon) would put New Jersey judges' salary on par with federal judges. A Superior Court judge's salary would be the same as a U.S. District Court judge

3 Why would he give that up? Well, maybe he already accumulated a nice nest-egg, and he's tired of being under the thumb of judges who order him around, and make him jump through their hoops and dance to their tune. Now that will end and he will be able to make all the other lawyers that annoyed him through the years dance to his tunes. You also have to look at all the other stuff he gets in addition to the salary. He and his family are covered by the best zero deductible, zero co-pay health insurance plan imaginable. (It was free until recently, but he now pays a small percentage as part of Governor Christie's austerity plan.). He and his wife's cars have special gold shields on the license plates that every cop in the state knows means don't pull over or ticket this car. People call him Your Honor, and he gets treated like royalty at work and elsewhere.

4 He gets a reserved parking space at the courthouse, a special security detail, and law clerks, secretaries, sheriffs officers and other underlings (at no cost to him) to attend to his every whim. And, unlike when he was a lawyer, he will never have to dig into his own pocket to pay his staff's SALARIES or go chasing after a client to collect his fees. His pay will come in like clockwork -- $3, gross every week from the state trough. There are also some unwritten benefits. If, for example, his son gets hurt in a high school football game (as one Supreme court Justice's son recently was), he can bully the local police -1- into arresting the other kid for assault. And if he gets prosecuted for going on a sex excursion to Russia and bringing back video of himself having sex with underage boys (as one superior court judge recently was), he can, although suspended, retire early while awaiting conviction and keep his full pension.

5 He can also benefit from certain business opportunities. No, New JERSEY judges aren't allowed to have other outside employment, but the job does give him certain inside information that he can use to tip off his straw-buyer brother-in-law about upcoming distressed sales of former marital homes and businesses, and he can share in the profits when these assets are later sold. And, when he retires (mandatory at age 70), his pension will be 75% of his salary, and he gets to keep his health insurance and the gold seals on his license plates for the rest of his life. And after retirement, if he is bored, he can come back to the bench on recall, keep his pension, and get paid for hearing cases (currently limited to 100 days a year at $300 per day). judges are the most egotistical people in the world, and they actually come to believe they are worth this much money.

6 So much so that they become jealous of people who earn more than they do. In family court , if your income is more than the judge's, he will go out of his way to let you know that he is more important than you are. He will exercise his control over you by making you pay unreasonable spousal support and child support, continue paying the mortgage and utilities on a house you can't live in, pay your soon-to-be ex-spouse's lawyer, and maybe even freezing your assets making it impossible for you to conduct your business or support yourself. If, like most of us, you have just an average middle-class job, or if you once had an above average job but, because of the strife of your marital problems, you are now unemployed, or if your income is just down because of the economy, the judge will not understand this at all. After all, he gets his $3,173 pay check every week, so why can't you?

7 He will impute unrealistic income to you, tell you to go out and get a second job, or to get a job at McDonald's, even if that will make it impossible for you to see your kids and you still wouldn't be able to pay everything he wants you to pay. And if you are unable to pay, he can suspend your license or throw you in jail so you can't work, but the payments keep on accruing. The last time judges in New JERSEY got a raise, it was passed by the lawyer-dominated legislature on the last day of the 2006-2007 session and signed by Governor Corzine in January 2008. This was just before the real estate bubble burst, before people knew just how bad the current mortgage crisis was, before the economy and unemployment became as bad as they are now, and still the legislature had to sneak it in on the last day. At that inflationary time, starting SALARIES for new associates at top law firms had risen to as high as $135,000 a year.

8 superior court judges were then getting only $157,000 a year, so it seemed reasonable to give them a raise so the first year law clerks wouldn't out-pace them. But also consider that (1.) the first year law associates would be working their asses off doing mundane work 12 hours a day, 7 days a week, with no vacation, while the judge has a luxurious, relaxed work environment. And (2.) only a handful of law school graduates actually land one of those top law firm jobs. The rest start at the bottom rung of the ladder in a prosecutor's office, or as a public defender, or without any salary trying to get their own law practice started. Believe it or not, in today's economy, there is actually a bill in the New JERSEY legislature to give judges a raise again! Assembly Concurrent Resolution 148 (ACR148), currently in the Assembly -2- Judiciary Committee (but not yet acted upon) would put New JERSEY judges ' salary on par with federal judges .

9 A superior court judge's salary would be the same as a District court judge -- $174,000 per year. The Chief Justice of the New JERSEY Supreme court would get the same as the Chief Justice of the Supreme court -- $223,500, with similar increases at all levels in between. Why should this be? The United States courts are the highest courts of the land. They hear cases of national and international significance. Why does the New JERSEY judge who is hearing Mr. and Mrs. Smith's divorce case deserve to earn as much as the federal judge who hears cases effecting giant corporations or international terrorism? But the New JERSEY legislature is full of lawyers who would like some day to be called Your Honor, and so are willing to vote for even more bloated SALARIES for judges . Lets look at how much judges are paid in other neighboring states.

10 Until recently New York is ranked 19th nationally in judicial salary. It Was $136,700 a year since 1999, which may have been inadequate for judges in New York City, but was very generous for a judge upstate in a rust- belt city or in the Adirondacks. But in August 2011 a state commission voted to give them a 27%. raise over three years to $174,000. Pennsylvania ranks about 5th in judicial SALARIES . As of January 1, 2011, the Chief Justice gets $195,138 per year, and a court of Common Pleas judge (including family court ) gets $164,602, with commensurate steps in between. This is probably more than a judge needs in a big city (Pennsylvania has only two big cities), but its absolutely outrageous in rural areas. Pennsylvania has an interesting history concerning judges ' pay. In July 2006, in a midnight vote just before a holiday recess, the mostly-lawyer legislature voted in a very generous pay increase for judges .

GRANTED ON APPEAL APPLICATION FOR PERMIT TO CARRY A HANDGUN STATE OF NEW JERSEY To the Judge of the Superior Court of County: I have investigated or caused to be investigated the applicant, and from the results of such 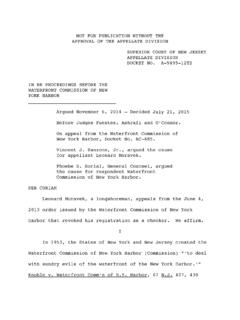 SUPREME COURT OF NEW JERSEY It is ORDERED that the following judges of the Appellate Division, Law Division (Civil and Criminal), and Chancery Division (General Equity and Family) of the 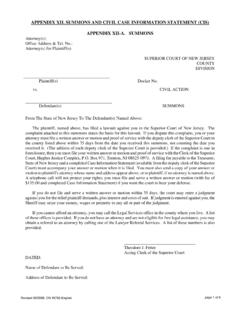 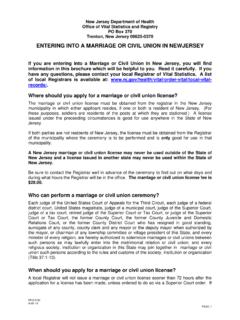 ENTERING INTO A MARRIAGE OR CIVIL UNION IN … 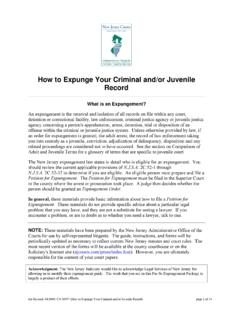 How to Expunge Your Criminal and/or Juvneile Record

Kit Revised: 04/2009, CN 10557 (How to Expunge Your Criminal and/or Juvenile Record) page 2 of 34 . Things to Think About Before You Represent Yourself in Court 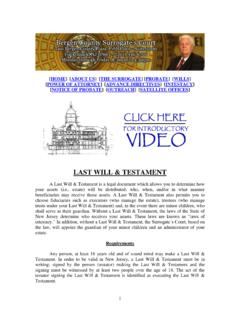 About, Home, Surrogates, About us, The surrogate