Q. What is the position regarding backdating of pay if a consultant retires from NHS employment after 1 April 2003, but before giving a commitment to the new

3 A. It is no longer appropriate to describe this as an incremental date because the 2003. contract has pay thresholds rather than incremental points. 1 April would become the date at which seniority is calculated and the anniversary of that date is when eligibility for pay progression occurs. Q. Could a consultant delay moving to the contract until after their current incremental date? A. Yes, but this would affect the amount of back pay to be awarded. A consultant who gave a formal commitment to the contract by 31 October 2003 would have pay increases backdated to 1 April 2003, whilst a consultant who committed between 1 November 2003 and 31 March 2004 would have pay increases backdated by three months. However, for some consultants, delaying the date of entry to the contract would have given them an additional year of seniority and they may have preferred this to receiving the full amount of back pay available. It was up to the consultant to decide the date upon which s/he would wish to move to the 2003 contract .

4 For further details of how this would affect backdating of pay see Schedule 13 of the Terms and Conditions, which may be found at and the introductory note on Key Pay Elements, which may be found at NHS Employers consultant contract frequently asked questions 3. Please note, the backdating provisions were time limited. Q. Why does Schedule 14 give two definitions for date of appointment? A. Because they are for two different purposes. Schedule defines to whom that Schedule applies, that is those who took up their first consultant appointment on or after 31 October 2003. For this purpose date of appointment is defined as the date on which the post was offered. This is to establish if they should be caught by the provisions of Schedule 13 instead; it also allowed a consultant to take up the old contract if they preferred to do so. Schedule 14 does not distinguish between a conditional offer and an unconditional offer. Conditional offers fall away with no right of redress on the applicants' part if the conditions are not met, so it is best that the employer determines this.

5 Schedule addresses pay progression. It tells us that if someone is caught by Schedule 14, then they become eligible to progress on the anniversary of their appointment. For this purpose the date of appointment is defined as the date they started work under the new Terms and Conditions. Q. Several consultants have moved to our Trust recently. They were employed as consultants by other Trusts. They wish to move to the new contract . Who is responsible for the back pay? A. There are two scenarios that need to be considered in order to answer this question. Scenario 1: the consultant moved to your Trust before giving a formal commitment to take up the new contract . In this instance the consultant should have informed both you and the previous employer that they wished to take up the new contract . The former employer is responsible for back pay between the start date of the new contract and the date of moving to you, and the former employer's liability for back pay is based on the Job Plan that would have been agreed for the former post.

6 Scenario 2: the consultant moved to your Trust after giving a formal commitment to take up the new contract . The consultant should have told you that they had given a commitment and should have made every effort to agree a Job Plan with you within three months of moving to your Trust. As before, the former employer will be responsible for back pay between the date of backdating of the new contract and the date of moving to you, based on the Job Plan that would have been agreed for the former post. NHS Employers consultant contract frequently asked questions 4. Q. Does back pay include the On Call Availability Supplement? A. Not always (although generally it will). Where there has been a significant change in on call arrangements ( the consultant was not undertaking any previously) the backdating of any On Call Availability Supplement will reflect the actual working arrangements over the relevant period of time. Q. Were part time consultants eligible for back pay? A. Yes, the backdating provisions applied in just the same way as to full time consultants.

7 Clinical excellence awards (CEAs). Q. Can a consultant in receipt of a DA or DPs apply for a CEA? A. Yes. Consultants in receipt of a DA or DPs will keep them, subject to existing review provisions, and can apply for awards under the new scheme in the normal way. The award of a CEA would subsume the value of any DPs or DAs held by the consultant . Please see the guidance to the new scheme, which can be found at Q. Are the costs of CEAs fully funded through the consultant contract ? A. The funding for the Clinical Excellence Awards scheme is completely separate from the 2003 contract . The same level of funding for CEAs has been made available as would have been provided for new DPs and DAs under the pre existing reward systems. Directors of public health (DsPH). Q. Does the 2003 contract apply to Directors of Public Health? A. Yes, it is available to Directors of Public Health and other consultants in public health. Q. Are Directors of Public Health still paid a DPH supplement? A. Yes.

8 See Schedule 16 of the Terms and Conditions. Q. Is there any guidance on job planning specifically for Directors of Public Health? A. Yes, see the step by step guide for consultants for whom a significant part of their Job Plan will be annualised, and this includes Directors of Public Health at NHS Employers consultant contract frequently asked questions 5. Fee paying services Q. How are Fee Paying Services incorporated into the 2003 contract ? A. Schedules 10 and 11 of the Terms and Conditions cover Fee Paying Services. The general principle is that where the activities have been agreed as a part of the Job Plan and occur within PAs then the consultant will not be paid an additional fee. However, there are circumstances where the consultant can retain the fee, for example where the work is undertaken in the consultant 's own time. Q. I undertake family planning work whilst working for the NHS. I have been paid an additional fee for this work in the past. My new Job Plan now includes this work as part of my PAs.

9 I thought I would continue to receive a fee as usual, but my manager tells me fees may no longer be retained and any fees I have been paid since the date I was placed on the new contract may be netted off my back pay. Is my manager correct? A. From the description you give, your manager is correct. Family planning work can, by agreement, reasonably be undertaken during PAs under the 2003 contract (subject to the proviso that a consultant cannot be compelled to do this work, as set out in HC(PC)(76)20). If family planning work is included in PAs, then payment is via the normal salary for contracted PAs. No additional fee will be due to the consultant , unless the employer expressly agrees otherwise. The 2003 contract established the general principle that consultants will not be paid twice for the same period of time. Work that is undertaken during PAs will not attract payment or retention of additional fees, unless agreed otherwise by the employer (see below). If a consultant is paid a fee for family planning work, or any other Fee Paying Services that are undertaken during PAs, the default position is that the fee shall be remitted to the employing organisation.

10 Schedule 11 of the Terms and Conditions refers to this. However, where the employer agrees that Fee Paying Services, including family planning work, carried out during NHS time cause minimal disruption to NHS work, there is provision in the contract for employing organisations to agree to allow the consultant to retain the fee. Schedule refers to this. In the absence of any agreement that the consultant can retain the fee, the fee shall be remitted to the employer. Consultants can also retain any fee that is paid for Fee Paying Services that are carried out in the consultant 's own time, or during annual or unpaid leave. In respect of the back pay period, those fees already paid for family planning and other Fee Paying Services (domiciliary visits for example) should not be netted off back pay, unless those services are incorporated into the agreed Job Plan that applies during the back pay period. There should also be no netting off from back pay if those Fee Paying NHS Employers consultant contract frequently asked questions 6. 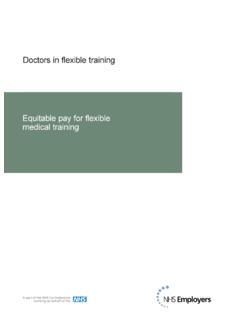 Staying on course – supporting doctors in difficulty through early and effective action 1. Introduction This document is not intended to … 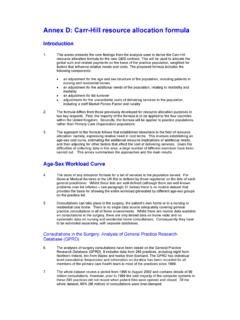 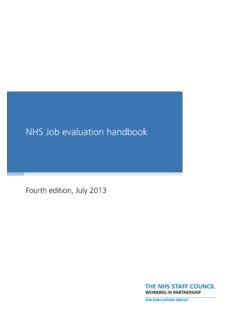 2 Contents The contents of this Handbook have been agreed in partnership by the NHS Staff Council 1. Introduction to Job Evaluation 3 2. The status of additional guidance 9 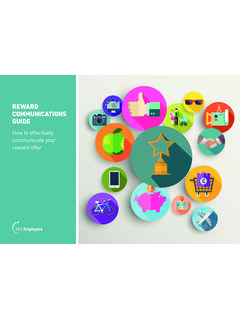 6 Reward Communications Guide Planning your communications PLANNING YOUR COMMUNICATIONS Resource Signpost SOCIAL MEDIA USE IN THE UK 6,7 63% of …

Workplace health and safety standards back to contents 3 The management of occupational health, safety and wellbeing is now central … MICHIGAN CIVIL SERVICE COMMISSION JOB SPECIFICATION CHILD DAY CARE CONSULTANT JOB DESCRIPTION Employees in this job complete and oversee a variety of professional assignments to improve the quality of services in licensed child day care homes and centers, and to 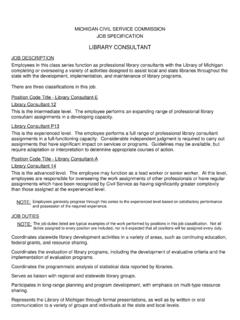 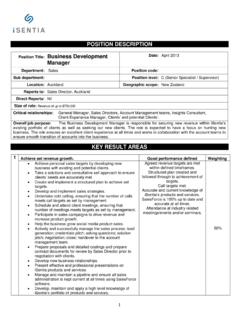 3 management’s attention when others are in breach of these requirements. Acts in an ethical way when dealing with company assets and other people. 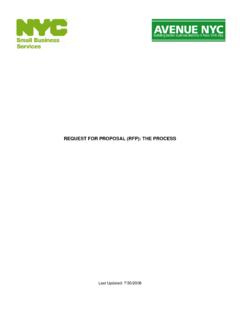 REQUEST FOR PROPOSAL (RFP): THE PROCESS