NIGERIA AND LEADERSHIP CHALLENGE IN THE …

International Journal of Humanities and Social Science Vol. 2 No. 13; July 2012 230 Nigeria and the Challenges of Leadership in the 21st Century: A Critique

Challenges, Nigeria, Leadership, 21st, Century, In the 21st century, Nigeria and leadership challenge in the

2 It further argues that the western model of LEADERSHIP which our past and present leaders copied seem to have failed in providing desired answers to perennial challenges confronting NIGERIA , hence the need for paradigm shift. The study adopts descriptive approach and content analysis as its methodological orientation. The paper, however, concludes that official corruption which has hitherto cascaded NIGERIA 's developmental efforts certainly emanated from poor LEADERSHIP and needs to be addressed if NIGERIA must attain greater heights by the year 2020.

3 The paper therefore recommends among others, the need for Nigerians to urgently reflect back on the values, visions and aspirations of NIGERIA 's founding fathers and the institutionalization of LEADERSHIP training centres at local government levels across the country as platform for the emergence of credible leaders at local, state and national levels in NIGERIA . Key Words: LEADERSHIP , CHALLENGE , corruption service delivery. 1. Introduction Barely fifty years of nationhood, the most critical CHALLENGE confronting the giant of Africa NIGERIA , appears to be credible LEADERSHIP .

4 Many scholars at one time or the other have queried why NIGERIA seems to find it difficult to address her perennial LEADERSHIP problems inspite of abundant human and material resources available at her disposal. Some have argued that LEADERSHIP CHALLENGE of the country could be traced from the emergence of colonial misadventure in NIGERIA , while others dismissed such argument on the basis that corruption and lack of vision among past and present leaders of NIGERIA culminate to hamper any meaningful effort in the quest for good governance in the country.

5 This critical CHALLENGE partly explains why Esu (2001: 111) rhetorically queried why has the country not been able to produce a nationally accepted LEADERSHIP . He therefore argues: the British colonial masters deliberately divided the country into three regions and drew the political map of NIGERIA to make the emergence of a nationally accepted LEADERSHIP difficult . Consequently, some scholars and political pundits have argued that the heterogeneous nature of NIGERIA has continued to pose serious LEADERSHIP threat to the country.

6 Whatever the argument is, the important point is that LEADERSHIP CHALLENGE has been a clog in the wheel of progress in NIGERIA . Thus, present and past leaders of NIGERIA seem to have failed to provide quality LEADERSHIP capable of addressing numerous challenges confronting the country. This is clearly because as Bhagwan and Bhushan (2007: 211 212) rightly posit get the right man in the LEADERSHIP job and all your problems will be solved Thus, many scholars and practitioners in public and private sectors have noted that LEADERSHIP is the most difficult and critical aspect of human endeavour.

7 230. Centre for Promoting Ideas, USA Also, they argued that it is often very difficult to even define LEADERSHIP . This is succinct because LEADERSHIP is often thought of as being primarily personal in character, as being founded upon individual pre-eminence or accomplishment in a particular field of endeavour (Bhagwan and Bhushan, 2007:213). Be that as it may, LEADERSHIP is therefore the capacity to set goals for the organization. In the words of Ihejiamaizu (1996: 102), LEADERSHIP involves some sharing of power or influence; but the leader is the one who is able to unite people in pursuit of the organization's goals.

8 According to the Trait Theory of LEADERSHIP , the qualities of a good leader must include sound of judgment, intelligence, knowledge, good perception of human nature, commonsense, a good level of training dependability, sociability, economic status, self confidence and ability to appraise situation correctly. The question arises as to what extent has leaders in NIGERIA been able to combine these traits to produce reasonable results in the conduct of public affairs in the country? Also, could it be said that Nigerians that hitherto found themselves in positions of authority do not posess adequate LEADERSHIP traits capable of addressing critical challenges facing the country?

9 What are the factors responsible for poor LEADERSHIP style among NIGERIA s leaders in the country? In view of the foregoing, this paper attempts a critical exposition of the LEADERSHIP CHALLENGE of NIGERIA , particularly in the 21st century . The paper is therefore intended to provide a platform for present and future leaders of NIGERIA in order to harness abundant human and natural potentials of the country for the general well being of Nigerians. II. Good LEADERSHIP as an Indispensable Tool for Goal Attainment in Organization.

10 The failure of imported western models of LEADERSHIP to solve the socio-economic and socio- political problems of developing countries like NIGERIA is increasingly raising questions in the minds of concerned individuals and organizations all over the world about the efficacy and relevance of these models (Muhammad, 2005:19). The above position by Muhammad underscores the imperative for good LEADERSHIP in every human organization. Thus, LEADERSHIP remains the cornerstone for the accomplishment of desired goals in every human organization.

Efficiency and Effectiveness in Public Sector …

International Journal of Humanities and Social Science Vol. 3 No. 7; April 2013 267 Efficiency and Effectiveness in Public Sector Auditing: An Evaluation of … 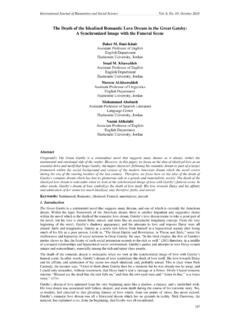 The Death of the Idealized Romantic Love Dream …

International Journal of Humanities and Social Science Vol. 6, No. 10; October 2016 167 The Death of the Idealized Romantic Love Dream in the Great Gatsby:

The Challenges of Public Administration under …

International Journal of Humanities and Social Science Vol. 3 No. 12 [Special Issue – June 2013] 156 Prior to the formation of the inclusive government, the country had witnessed a decade-long socio-politico-

Administration, Challenges, Public, Under, Government, The challenges of public administration under 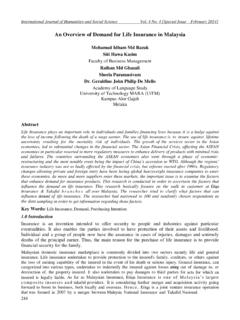 An Overview of Demand for Life Insurance in …

International Journal of Humanities and Social Science Vol. 4 No. 4 [Special Issue – February 2014] 244 An Overview of Demand for Life Insurance in Malaysia 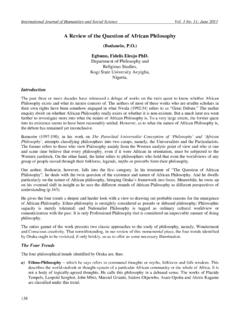 A Review of the Question of African Philosophy - …

International Journal of Humanities and Social Science Vol. 3 No. 11; June 2013 138 A Review of the Question of African Philosophy

International Journal of Humanities and Social Science Vol. 2 No. 10 [Special Issue – May 2012] 62 Relationship between Strategic Human Resource Management and Firm 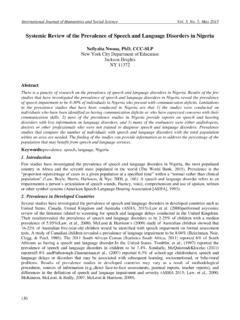 Systemic Review of the Prevalence of Speech and …

International Journal of Humanities and Social Science Vol. 5, No. 5; May 2015 130 Systemic Review of the Prevalence of Speech and Language Disorders in Nigeria

Impact of Capital Flight on Exchage Rate and …

International Journal of Humanities and Social Science Vol. 2 No. 13; July 2012 247 Impact of Capital Flight on Exchage Rate and Economic Growth in Nigeria

Principles for Good Governance in the 21st Century 1 Policy Brief No. 15 - Institute On Governance, Ottawa, Canada Introduction Governance has become a … 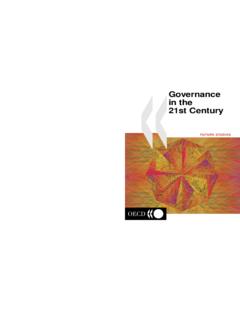 Governance in the 21st Century - OECD.org

FUTURE STUDIES Governance in the 21st Century As we move into the 21st century, the turbulent transformation of economy and society looks set to continue.

1 Major challenges facing Africa in the 21st century: A few provocative remarks Ibrahim Farah, Sylvia Kiamba and Kesegofetse Mazongo1 At the International Symposium on Cultural Diplomacy in Africa - Strategies to

PUBLIC SECTOR LEADERSHIP FOR THE 21ST …

Copyright OECD 2001. All rights reserved. 1 PUBLIC SECTOR LEADERSHIP FOR THE 21ST CENTURY: EXECUTIVE SUMMARY Leadership development is neither new nor unique to the public sector. Jakarta Declaration on Health Promotion into the … 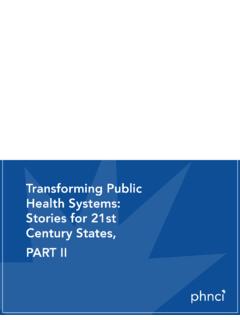 Implementing Health in All Policies - WHO