NIRA Policy Review Edited by Motoshige Itoh Renewable Energy and Japan s Future The accident at the Fukushima Daiichi Nuclear Power Station has reinvigorated discussion of Renewable Energy in Japan. How should Japan's Energy policy and social systems be reconfigured when we take renew- able Energy into consideration? This issue of NIRA Policy Review reconfirms the importance of taking advan- tage of local knowledge and abilities in order to make the most of natural Energy sources peculiar to specific areas and the necessity of changing existing systems hindering the expansion of Renewable Energy , in addition to highlighting certain issues related to power system reforms which would enable the exploitation of market mechanisms in this area.

1 NIRA Policy Review Edited by Motoshige Itoh Renewable Energy and Japan s Future The accident at the Fukushima Daiichi Nuclear Power Station has reinvigorated discussion of Renewable Energy in Japan. How should Japan's Energy policy and social systems be reconfigured when we take renew- able Energy into consideration? This issue of NIRA Policy Review reconfirms the importance of taking advan- tage of local knowledge and abilities in order to make the most of natural Energy sources peculiar to specific areas and the necessity of changing existing systems hindering the expansion of Renewable Energy , in addition to highlighting certain issues related to power system reforms which would enable the exploitation of market mechanisms in this area.

3 Hiroaki Niihara diverse perspectives Director General, Energy Conservation and Renewable Energy Dept., Dr. Junichi Fujino Agency for Natural Resources and Energy Senior Researcher, National Institute for Environmental Studies NIRA Policy Review Towards a Market Offering Choice response, or DR) is also a key to expanding the use of Renewable energies. To date, the ability to ensure supply corresponding to The flexible systems we need to Suppliers and Consumers the amount of demand has been considered to represent stable As Hiroaki Ikebe points out in this issue, enabling consumers supply in Japan's power system. As a result, the nation has grown to see the actual status of power supply will be important for the increasingly dependent on nuclear Energy due to its ability to expansion of Renewable Energy .

4 It will also be possible to provide stably supply large amounts of power. However, it will also be Motoshige Itoh President, National Institute for Research Advancement (NIRA) important to increase the ability to respond to fluctuations in consumers with more options, enabling them to choose Renewable Energy . This is also a major goal in the power system supply by adjusting consumption. The adjustment of demand by reforms currently under discussion. DR is a technique that is already being used in Europe and the In addition, as Dr. Wada and Junichi Fujino indicate, it will be It will be necessary to design a system in which the necessary to increase the capacity for action in the field of introduction of smart meters enables a clearer understanding of Renewable Energy at the local community level.

5 Even Renewable What form should Japan's Future Energy mix take? Power Station reconfirmed the high radiation risk associated with power demand, providing increased incentive to reduce energies entail a variety of environmental burdens. The nuclear power, and the social cost of nuclear power is now being consumption during peak hours, thus promoting the conservation development of these forms of Energy also impacts on the fundamentally reconsidered. I do not intend, however, to discuss of Energy . interests of fisheries, the hot spring resort industry, and other Japan's Energy policy is presently being extensively reexamined, and questions concerning the Energy mix (the Future ratio of each nuclear power policy here.)

6 It will suffice to indicate that the businesses. Mr. Niihara points out that the exploitation of advantages offered by nuclear power - the fact that it reduces Market mechanisms and the response to global farmlands, the roofs of private residences, and other potential Energy resource), in particular how to expand the use of Renewable energies, are becoming major political issues. reliance on fossil fuel imports and produces no GHG emissions - warming sources as important sources of wind and solar Energy must also In this NIRA Policy Review special feature, we asked a remain important. These same advantages are also offered by be taken into consideration in system design. Further, as Dr. number of experts holding a variety of perspectives to speak Renewable energies, and it is therefore only natural that this area Fujino suggests, the development of methods for the flexible How should we reduce GHG emissions?

7 What role will about the Future of Renewable Energy . Even among experts, is also attracting attention. integration of the Renewable energies which most suit the Renewable energies play? In order to answer these questions, we opinions differ regarding that Future , a fact which in itself With regard to the disadvantages of Renewable energies, we characteristics of specific regions may also be an effective means must begin with the fundamentals. provides a clear representation of the uncertainty surrounding this can point to high cost, and the fact that solar and wind power are of proceeding. Up to the present, Japan has relied on the use of nuclear power topic. unstable Energy sources. The question is how to overcome these Even if the basic system design is conducted at the national to control GHG emissions.

8 With nuclear power no longer viable, It goes without saying that technological advances will be issues. level, local entities are essential in terms of collecting detailed the nation will move on to solar or wind power. Technologies are essential to the further spread of wind and solar power. While aggressively pursued one after another, one at a time. But this is data and implementing initiatives at the regional level. they are presently very expensive, the large-scale development of Advancing reforms of Japan's power system With nuclear Energy being seriously reconsidered, expectations no more than a shift from one type of controlled economy to solar and wind power resources should result in a substantial another.

9 Setting targets and attempting to achieve them, a method are high for Renewable energies. However, the problem is clearly decline in cost. Thus, the use of measures such as the Reforms of the power system will be essential in promoting characteristic of controlled economies, remains undesirable even not as simple as the replacement of nuclear power plants with introduction of a feed-in-tariff (FIT) system is necessary in order the increased use of Renewable Energy . For example, Hokkaido is when applied to the promotion of Renewable energies. solar and wind power plants. Efforts in a variety of areas will be to provide momentum for the expansion of these Energy sources. ideal for the production of wind Energy .

10 Unfortunately, because Tatsuo Hatta's remarks in this issue concerning the importance essential, including reforms to the electricity system which allow However, we still do not know what impact the FIT system will of the capacity of current electricity transmission lines, there is a of market mechanisms are particularly interesting. The reality is for the promotion of Renewable Energy use, the enhancement of actually have on the expansion of Renewable energies and the limit to the amount of power that can be sent from Hokkaido to that we do not know what type of Renewable Energy will be the regional initiatives, and the relaxation of regulations. reduction of their cost. Differences in outlook on this point are Honshu. 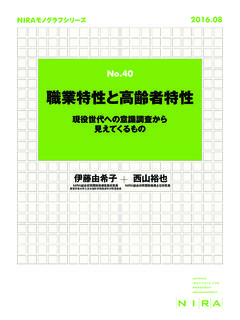 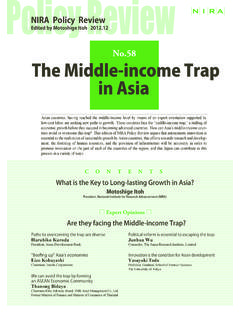 No.58 The Middle-income Trap in Asia - NIRA

NIRA Policy Review Edited by Motoshige Itoh 2012.12 The Middle-income Trap in Asia No.58 C O NTENTS What is the Key to Long-lasting Growth in Asia? 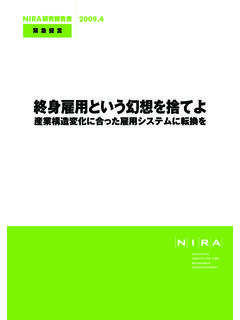 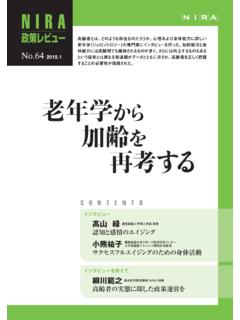 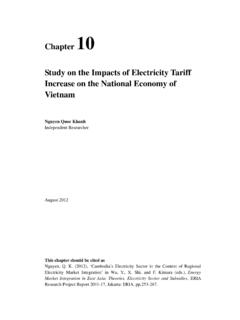 Study on the Impacts of Electricity Tariff Increase … 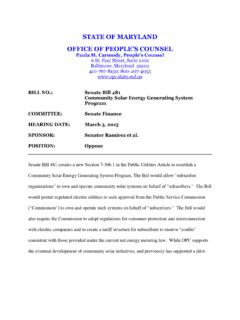 The Office of People’s Counsel Testimony on SB481 March 3, 2015 Page 6 of 8 There is no standard methodology to assess the costs and benefits. The Electricity Innovation 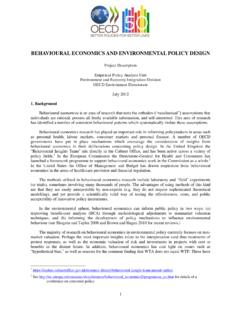