2 Some of the biggest names in urban planning, financing, innovation and sustainable development who spoke at the last edition of the WORLD CITIES Summit include: It was a meaningful occasion to deliberate about how to make CITIES The WORLD CITIES Summit is an exclusive platform for government leaders and industry experts to address liveable and more liveable and how sustainable city challenges, share integrated urban solutions and forge new partnerships. Participate in this biennial to improve the quality of event to benefit from the insights shared by thought leaders in outcome-oriented discussions, and from networking life of citizens . with your peers and urban stakeholders from around the WORLD . PARK WON-SOON. Themed Liveable & Sustainable CITIES : Embracing The Future Through Innovation and Collaboration , the 6 WORLD th MAYOR.

4 There will also be other ASEAN-focused events, including the 6 Meeting of Governors and Mayors of th ASEAN Capitals (MGMAC) which will be held on 7 July 2018. These events bring in more leaders from the region and offer unparalleled opportunities for networking. Register your interest to attend at WHO SHOULD ATTEND. THE PUBLIC SECTOR THE PRIVATE SECTOR. Ministers and Political Leaders Architects, Master Developers and Urban Planners Governors and Mayors Data Analytics, Information Systems and IT Companies Senior Officers from City, Provincial, Engineering and Construction Companies Central and National Governments Environment Management / Control Solution Providers Equipment Manufacturers THE PEOPLE SECTOR Financial Services: Investment Banks and Infrastructure Financiers Academics and Researchers Professional Services.

6 A key highlight of the week, the 2018 Prize Laureate will deliver the Prize Lecture, to share its achievements and experience, on 9 July The 8 th WORLD CITIES Summit Mayors Forum was held in May 2017, in Suzhou City, Jiangsu Province 2018. This is followed by the Lee Kuan Yew Prize Award Ceremony and Banquet that evening. The WORLD CITIES Summit Mayors Forum is an exclusive, by-invitation-only global platform for mayors and city leaders Representatives of CITIES accorded Special to discuss pressing urban challenges and share best practices. Discussions take place behind closed doors and only Mentions will also be invited to share their invited guests are privy to the conversations in order to encourage open contributions on matters that concern city challenges and development experiences.

7 The Lee Kuan Yew Prize Award Ceremony & Banquet in 2016. leaders the most. Leaders in the fields of civic engagement, urban solutions, and international development. The WORLD CITIES Summit Young Leaders are PRIZE LAUREATES. also invited to the annual Forum. At the 8th WORLD CITIES Summit Mayors Forum in Suzhou City, more than 60 mayors and city leaders made a declaration to work towards the vision of creating liveable, inclusive, harmonious, resilient, safe and sustainable CITIES through innovation and collaboration. The next Forum will be held on 8 July 2018 in Singapore. In conjunction with the Forum, the City Portraits publication will be produced, as well as a pop-up exhibition. City Portraits showcases all the mayors and city leaders at the Forum, including some of their city- wide initiatives and projects that have been implemented successfully.

8 The City Portraits exhibition in 2016 showcasing participating CITIES at the Mayors Forum WORLD CITIES SUMMIT YOUNG LEADERS SYMPOSIUM. Medell n (2016) - Connecting marginalised hillside communities to Suzhou, Jiangsu Province (2014) - Skyline of Jinji Lake Central The WORLD CITIES Summit Young the rest of the city with the MetroCable Municipality of Medell n Business District Department of Publicity of Suzhou Industrial Park Leaders is a select group of change-makers from diverse sectors who shape the global urban agenda at the annual WORLD CITIES Summit Young Leaders Symposium - a platform for these passionate leaders to debate on urban issues and launch initiatives to tackle urbanisation challenges. The WORLD CITIES Summit Young Leaders Symposium in 2018 will share the theme of Liveable &.

10 Disruptive WORLD Resources to Turn Plans into Reality Planning for Inclusive Housing and Future CITIES Communities Urban Resilience in the Urban Resilience in the WORLD CITIES Site Visits and Face of Climate Change Face of Globalisation and IN-CONVERSATION. Urbanisation Summit Plenary Co-located Events Industry Night TUESDAY at City As the opening session to the three global events, WORLD CITIES Summit, Singapore International Water Week, and 10 JULY Smart and Innovative Future Mobility that will Solutions CITIES Change the WORLD Singapore Expo CleanEnviro Summit Singapore, the In-Conversation is the curtain-raiser for the week, with premier global leaders from the government, industry and international organisations engaging in thought-provoking conversations. 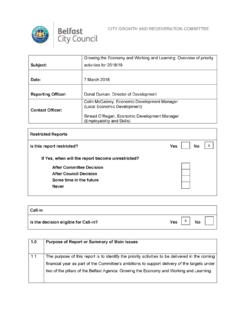 3.6 3.7 2020) to be delivered through Digital Services. The fundingwhichapplication forfundingthis is currently with DCMS for consideration; Cyber Security and Business Resilience Programme – development activity is underway 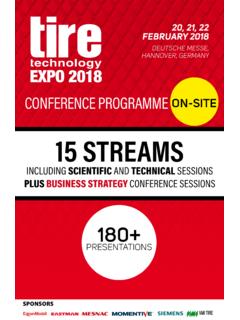 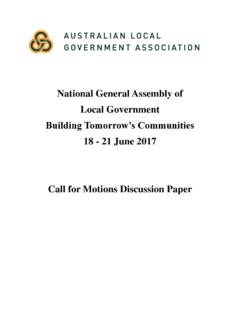 2 Submitting Motions The National General Assembly of Local Government (NGA) is an important opportunity for you and your council to influence the national policy agenda.