2 We present comparisons of the National Health and nutrition Examination Surveys (NHANES) III (1988-1994) and NHANES 1999- 2000, and data from the 2002 National Health Interview Survey (NHIS) to explore issues and encourage dialogue about the problems and the solutions. Robin P. Hertz, PhD. Senior Director Margaret McDonald, PhD. Director Population Studies Outcomes Research P zer Global Pharmaceuticals 1. Table of Contents American workers are gaining girth 2. Obesity impacts the ability to work 3. Cardiovascular risk factors are prevalent among 4. overweight and obese workers Arthritis is also associated with overweight and Obesity 9. Appendix I: Methods 11. Obesity in the United States Workforce American workers are gaining girth In the late 1980s/early 1990s, 44% of American workers were classi ed as normal weight based on body mass index (BMI), 33% were overweight, and 20% were obese.

3 Now, only 34% are classi ed as normal weight, and 29% are classi ed as obese. Both men and women are affected. Both have experienced signi cant increases in Obesity over time, growing from 19% to 26% among men, and from 22% to 33% among women. 2. Obesity in the United States Workforce Obesity impacts the ability to work Four percent of American workers reported that they were limited in the amount or kind of work they do, or that they were unable to work at the time of the NHIS survey. Obese men, and both overweight and obese women, regardless of age, were more likely to report limitations: 7% of obese workers have work limitations, versus 3% of normal-weight or overweight workers.

7 Although overweight workers are no more likely than normal-weight workers to have diabetes, there is a strong association between diabetes and Obesity : 15% of obese men have diabetes, compared with 4% of normal-weight men. 9% of obese women have diabetes, compared with 2% of normal-weight women. 7. Obesity in the United States Workforce The metabolic syndrome affects 23% of the Workforce , and 54% of obese workers The metabolic syndrome a combination of medical conditions characterized by a large waist circumference, high triglycerides, low HDL cholesterol, borderline high or higher blood pressure, and/or borderline high or higher fasting glucose is common in the American Workforce .

9 US Department of Health and Human Services Centers for Disease Control and Prevention National Center for Health Statistics NHANES III, 1988-1994. NHANES III is a sample survey of approximately 34,000 persons, designed to obtain nationally representative information on the health and nutritional status of the non-institutionalized population of the United States through interviews, laboratory tests and physical examination. The NHANES subset used in these analyses was restricted to working adults age 20 or older. Sample size = 9,636; 5,155 men; 4,481 women. Morning subset sample size = 4,570; 2,426. men; 2,144 women. NHANES 1999-2000. NHANES 1999-2000 is based on a nationally representative sample of approximately 10,000.

PFIZER FACTS The Burden of Cancer in Asia 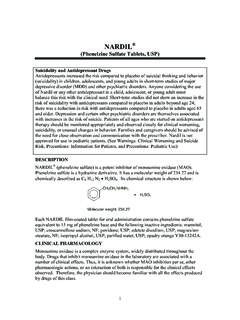 MATERIAL SAFETY DATA SHEET _____ Measures for Cleaning / Collecting: Contain the source of spill if it is safe to do so. 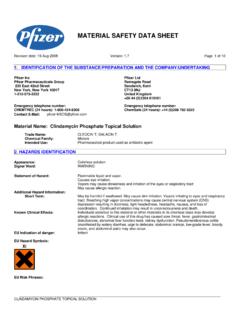 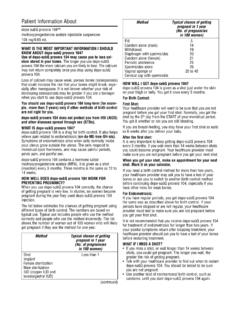 Patient Information About depo-subQ provera 104™ medroxyprogesterone acetate injectable suspension 104 mg/0.65 mL WHAT IS THE MOST IMPORTANT INFORMATION I SHOULD 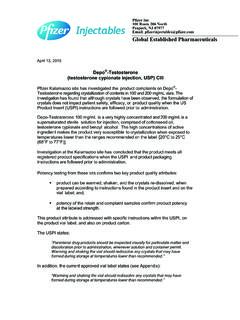 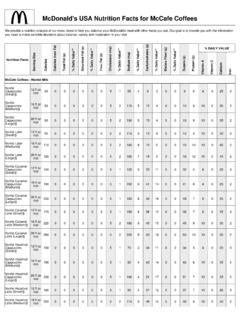 McDonald's USA Nutrition Facts for McCafe Coffees We provide a nutrition analysis of our menu items to help you balance your McDonald's meal with other foods you eat. 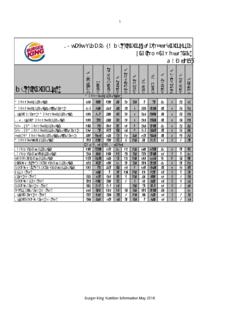