3 The inspection project looked specifically at compliance and identified five key topic areas based on the Regulations: safety representatives (SRs), constituencies and election process etc Functions and powers of safety representatives safety committees Duties of installation operators, owners and employers Time off and training Forty-one inspections were completed on Offshore production, drilling, storage, manned and unmanned installations operated by 25 different dutyholders (DHs). Satisfactory evidence of compliance was observed on 23 of the installations with only verbal advice being given on 16 of these. Eighteen letters were sent where partial compliance was evident and actions were required to implement improvements.

4 Adequate responses have now been received. On one of these installations a change was made to the intervention plan specifically to follow this up. Common areas where findings were evident in the different topic areas included: failure to carry out the formal requirements of the election and constituency system, including to formally notify SRs / constituents of their respective SR or constituent members;. limited use of powers by SRs;. safety committee meetings with limited scope;. limited consultation of SRs by dutyholders; and differences in the treatment of contractor and dutyholder SRs. Numerous examples of good practice became evident, grouped together under the headings of training provision, constituencies, committee meetings, other meetings, increasing awareness and focus, and inspections, investigations and other direct consultation .

5 The project concluded that the exercise had a positive effect within the UK Offshore industry, heightening the focus on elected SRs and identifying areas where DHs need to consider their own compliance and areas where they may wish to give further support to SRs to gain maximum benefit from the SR system. Offshore workforce involvement and consultation 3 of 37 pages health and safety Executive Introduction There is widespread agreement that workforce engagement has a positive effect on health and safety . The HSE strategy Be part of the solution, launched in June 2009 cites workforce involvement as one of its main priorities and this is reflected in work plans across HSE divisions.

7 HSE responded by instigating this inspection project to look specifically at compliance with SI971 and the effectiveness of the Regulations. Methodology and scope The project of Offshore inspections was launched in April 2010 to assess compliance with the SI971 Regulations and collect examples of best practice to bring to the attention of the rest of the industry. Inspections took place over a six-month period (May November) and aimed to cover the majority of dutyholders operating on the UK continental shelf. An inspection template (Appendix 2) was developed to aid consistency of inspection and was based around the Regulations. The topics inspected were grouped into five areas: safety representatives, constituencies and election process etc Functions and powers of safety representatives safety committees Duties of installation operators, owners and employers Time off and training Inspectors spoke with a cross-section of personnel on the installations, including safety representatives, other members of the safety committee, management and members of the workforce .

10 Non-compliance RED. Court proceedings recommended Serious 6. non-compliance It should be noted that, when the results from this inspection project were analysed, the green' traffic light assigned to outcomes 1 and 2 was subdivided to aid differentiation. Information collected included: deficiencies found and actions taken; and examples of best industry practice. Examples of good practice were collated and fed back to the Chair of OIAC WIG. so they could be shared and, potentially, included in guidance aimed at assisting the industry. Offshore workforce involvement and consultation 5 of 37 pages health and safety Executive overview of results No findings 17% Letter issued and change made to intervention plan 2%. 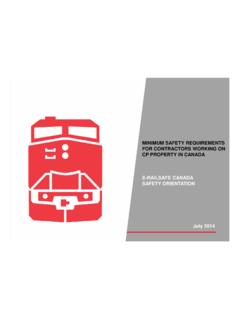 Scope Cont. CP’s Minimum Safety Requirements for Contractors Working on CP Property in Canada and this presentation provide a basic overview of what is required. 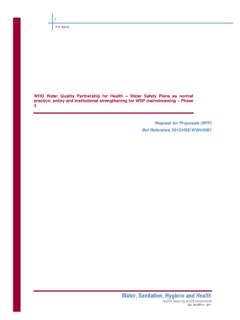 Water, Sanitation, Hygiene and Health - WHO 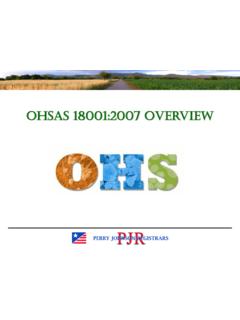 •OHSAS 18001 is an internationally accepted standard that defines the requirements for establishing, implementing and operating an Occupational, Health & 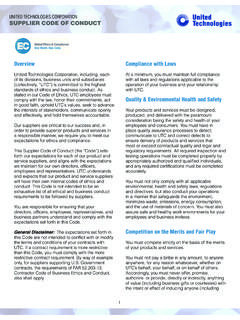 UITE TECOOGIES CORORATIO SPPLIER CODE OF CONDCT 1 Overview United Technologies Corporation, including, each of its divisions, business units and subsidiaries