Old Marblehead Sea Captains and the Ships in …

1 Old Marblehead Sea Captains and the Ships in Which They Sailed Compiled and Published for the Benefit of the MARBLEHEAD HISTORICAL SOCIETY By Benjamin J. LINDSEY, Treasurer

2 The Marblehead and Salem and Beverly Custom House Records, original books of the Marble- head Marine Insurance Company, covering five thousand policies running from 1800 to 1840, list of Marblehead Soldiers and Sailors in the Revolutionary War (compiled in 1912-13 by the author), old log books, old letter books, old newspapers, list of Privateersmen of 1812 made up by Capt. Glover Broughton in a memorial to the 34th, 35th and 36th Congresses asking for grants of land for services rendered, and from the descendants of the men mentioned.

3 This volume is intended to be a fairly accurate list of the Old Sea Captains of Marblehead , and the vessels in which they sailed, going to and from foreign ports. The list of the names of the men is very nearly complete, but the list of the vessels is not as satisfactory, it being at this late date practically impossible to obtain complete information. Of the five hundred men mentioned, but two are alive at this time, captain John D. "Whidden, now living in Los Angeles, California, and captain George W. Homan*, in New York, both of them over eighty years of age.

4 It will be noticed that quite a number of these men were in the Continental service as soldiers or sailors before entering the merchant service. Nearly all of the following pictures (excepting thirteen, kindly loaned by the Essex Institute), were taken from the originals now in possession of their descendants, and are freely loaned for this work, and have never before been published. To each and everyone who has contributed in any way to the success of this volume, the compiler extends his most sincere thanks and earnestly hopes it may prove to be instructive and satisfactory.

5 *(Capt. Homan died Aug. 22d, aged 82 years, 4 months, was buried in Marblehead .) 2 THE OLD CLIPPER DAYS By Julian S. Cutler The old Clipper days were jolly, when we sailed the Seven Seas, And the house-flags of our merchant Ships were whipped by every breeze; It was good-by to your mother and the pretty girls on shore, For we're off around the howling Horn, bound down to Singapore. We romped the rushing trade-winds and we raced the big monsoon; We carried reeling royals from Manila to Rangoon; We were chased by Malay pirates from Natura to Penang, And we drove her scuppers under to outsail the cut-throat gang.

6 We went rolling in "The Doldrums" till the tar oozed from our seams; We went pushing through the ice-pack till the pressure cracked our beams; And old Mother Carey's chicken's wheeled around us o'er the brine. While we entertained Old Neptune when he hailed up on the line. Those were days to be remembered, when our good ship sailed away, From the old home port behind us, to Calcutta or Bombay; When we sold the Heathen nations rum and opium in rolls, And the Missionaries went along to save their sinful souls. It was "Bundle out, my bullies, and we'll give the sheets a pull;" It was "Ease her off a little, till the topsails stand rap full;" It was "Scrub the decks, my Jackies, and we'll take the sun at noon;" It was "Sou-sou'-west-half south, my boy," beneath the southern moon.

7 We raced across to Africa with "dicker" in the hold; We traded beads and calico for ivory and gold; We raised the Northern Dipper as we sunk the Southern Cross, And when we figured up the run the owners felt no loss. Then 'twas "Home again, my bullies," with our bows knee-deep in foam To the mother that was waiting and the happy ones at home; It was home from old Calcutta or Hong-Kong or far Bombay, To the land we loved to think of when our hearts were far away. OH, again to hear the Lascars' rousing "chanty" in the morn.

8 When we broke away the anchor to sail home around the Horn! Oh, to see the white sails pulling, feel the lift beneath the keel, With the trade-wind's push behind her and the roll that made her reel! The old Clipper days are over and the white-winged fleets no more, With their snowy sails unfolded, fly along the ocean floor; Where their house-flags used to flutter in the ocean winds unfurled, Now the kettle-bellied cargo tubs go reeling round the world. 3 But 'twas jolly while it lasted, and the sailor was a man; And it's good-by to the Lascar and the tar with face of tan; And it's good-by mother, once for all, and good-by girls on shore; And it's good-by brave old Clipper-Ship that sails the seas no more! 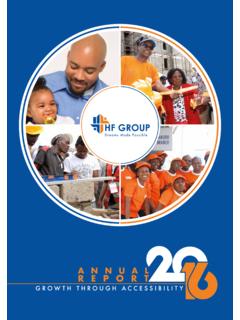 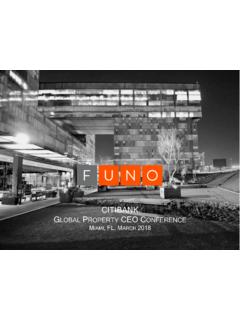 3 Why Real Estate is and will continue to be attractive in Mexico? Mexico is the 15th largest economy in the world and the 2nd largest in LatAm 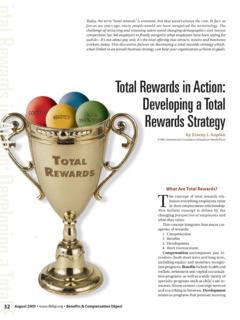 32 August 2005 • www.ifebp.org • Benefits & Compensation Digest What Are Total Rewards? T he concept of total rewards em-braces everything employees value in their employment relationship. This holistic concept is driven by the 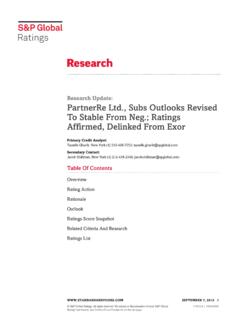 Research Update: PartnerRe Ltd., Subs Outlooks Revised To Stable From Neg.; Ratings Affirmed, Delinked From Exor Overview •We are delinking our ratings on PRE from those on EXOR SpA (BIT: EXO). 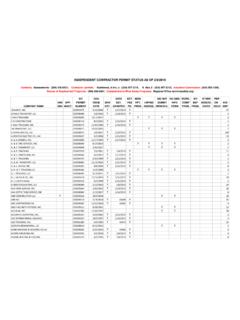