OLIVER TAMBO AND THE STRUGGLE AGAINST …

3 Racism, Apartheid and a New World Order OLIVER TAMBO 's Third World Lecture, Kuala Lampur, May 5, 1986. South Africa at the Crossroads OLIVER TAMBO 's Canon Collins Memorial Lecture, London, May 28, 1987. India and the STRUGGLE for Freedom in South Africa E. S. Reddy APPENDICES. 1. Three Doctors' Pact, March 9, 1947. 2. The Freedom Charter, June 26, 1955. 3. Unite! Mobilise! Fight On! . Nelson Mandela's Call from Prison after the Soweto Uprising 4. Manifesto of Umkhonto we Sizwe, December 16, 1961. 5. OLIVER TAMBO 's Appeal on the Occasion of the Seventy-fifth Anniversary of the ANC, 1987. 6. Measures taken by India for the Elimination of Apartheid 7. Gandhiji's Message to South Africa, May 18, 1947. Acknowledgements PREFACE. The STRUGGLE of the people of South Africa for the liquidation of the barbaric apartheid system is a saga of indomitable courage and unflinching determination.

4 Its shining record of unflagging valour coincides with the entire length of the twentieth century as its vanguard detachment, the African National Congress, celebrates its 75th anniversary this year. This is a remarkable organ of STRUGGLE , perhaps unique in history. As the spearhead of the crusade AGAINST racial discrimination, it unifies within its ranks and also in its leadership three streams, the African, the Indian and the European, a symbol of the democracy, that it has been striving to achieve, replacing the hated apartheid regime. The STRUGGLE of the people of South Africa and Namibia under the leadership of the African National Congress and the South West Africa People's Organisation has evoked worldwide solidarity, from all continents and every nation, cutting across barriers of race and creed, ideological differences, social and political systems.

5 In this mighty crusade of humanity, millions are actively engaged today all over the world, men and women, young and old. The fight of the heroic people within the vast prison camp of apartheid has been orchestrated with the sustained movement of common people in all corners of the earth as a living symbol of unbroken solidarity with the freedom-fighters in South Africa. This is a unique feature of this STRUGGLE , which is today engaged in overpowering the desperate, last-ditch resistance of the perpetrators of despicable apartheid. We, in India, have a special organic link with the heroic STRUGGLE AGAINST apartheid. It was in South Africa that the grand architect of our national STRUGGLE for freedom from British rule, Mahatma Gandhi, first experimented with his technique of non-violent mass movement, as he raised the banner AGAINST racial discrimination, before he came to India.

6 India was the first country, that imposed economic sanctions AGAINST South Africa as early as 1946. Since then, the South African people's STRUGGLE AGAINST apartheid has always been regarded in India as very much a part of our own STRUGGLE for freedom, and today a continuation of it, as our national leaders have always enjoined that freedom is indivisible. Until the last bastion of apartheid falls in South Africa, the injunction of our own freedom will not be regarded as having been carried out in full. The editor of this volume, Enuga S. Reddy, has been an intrepid champion of the STRUGGLE of liberation in Southern Africa for four decades now. His record of single-minded dedication to the cause is internationally acknowledged and his never-failing interest in it goes much beyond his record of activities in the capacity of the Director of the UN Centre AGAINST Apartheid, holding the post of an Assistant Secretary General of the United Nations.

7 This volume bears testimony to his vast knowledge, experience and commitment to the STRUGGLE AGAINST apartheid, which he has been actively championing uptil this day. Adhering to its objective of focussing the media interest on issues of freedom, non-alignment, justice and peace, NAMEDIA Foundation organised a seminar on Media and the STRUGGLE AGAINST Apartheid in New Delhi in May this year. It was attended by a wide spectrum of Indian media professionals together with well-known media personalities from the Frontline States, as also leading spokesmen of the ANC and SWAPO. The statement issued at the conclusion of the seminar was meant not only as an expression of the solidarity of the Indian people with those engaged in the STRUGGLE AGAINST the racist regime in Pretoria, but also an appeal for the greater activisation of the media in our country to focus on that STRUGGLE underlining its worldwide significance.

8 As part of its commitment of solidarity with the STRUGGLE AGAINST apartheid, the NAMEDIA Foundation is happy to be associated with the publication of this volume. It is being released on the 70th birthday of OLIVER TAMBO , President of the African National Congress. This volume is presented to him on this happy occasion as a modest token of our esteem and admiration for one of the great sons of the mighty African people. NIKHIL CHAKRAVARTTY. Chairman Namedia Foundation New Delhi October 27, 1987. PRIME MINISTER. MESSAGE. The persistence of the system of apartheid in South Africa constitutes both an anachronism in an era of progressive emancipation and an affront to the conscience of humankind. Concerted international efforts to seek a peaceful end to this manifestation of racism are being adamantly thwarted.

9 The only alternative left to South African patriots is to wage a liberation movement. The African National Congress, which was founded seventy-five years ago, has been the prime liberation movement engaged in this challenging endeavour. It has been inspired in its activities by the outstanding leadership qualities of such distinguished patriots as Nelson Mandela and OLIVER TAMBO . The seventy-fifth anniversary of the establishment of the ANC is, thus, an event of international significance and the decision to bring out this publication has been timely. While the ANC. enjoys the unstinted support of all South African patriots, there is a continuing need to mobilise world public opinion AGAINST the evils of apartheid and to bring about wider understanding of the consequences of allowing the repressive racist minority regime to rule the roost in South Africa.

10 This publication will undoubtedly contribute towards this objective. India has been in the forefront of the STRUGGLE AGAINST apartheid. Apart from our national endeavours to demand the establishment of a democratic polity in South Africa, we are committed through our Chairmanship of the AFRICA Fund to assist the Southern African liberation movements and the ANC in particular and to mobilise world public opinion AGAINST apartheid. It is our firm conviction that these combined efforts will culminate in victory for the forces seeking freedom and dignity for the people of South Africa. OLIVER TAMBO is an eloquent spokesman of these forces. My wish for him on his 70th birthday, which falls next month, is that he should soon see the flag of freedom flying in South Africa. 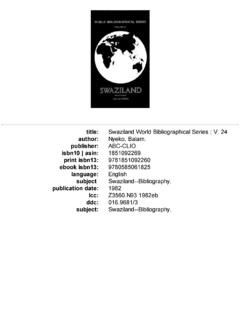 indexing and abstracting, and has published The Conversion of Scripts, Indexing and Abstracting: an International Bibliography and Indexing from A

1 Minister’s Foreword This year marks the fiftieth anniversary of the adoption of the Freedom Charter at the Congress of the People on 26 June 1955. 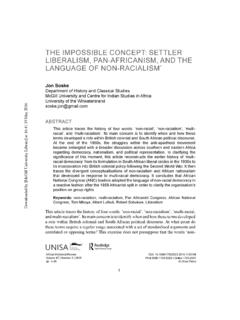 5 Soske The impossible concept organisations. But it did mean that anti-apartheid formations expressed their visions in a , 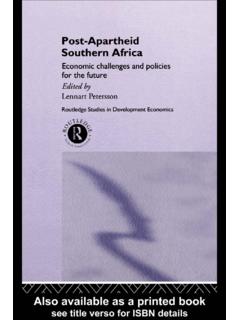 POST-APARTHEID SOUTHERN AFRICA After decades of economic decline and political instability, the Southern African region has … 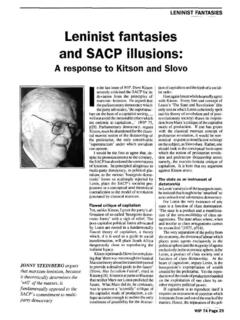 lour through the market, the forces of | production would again operate and the j conditions would exist for their unfet­ tered advancement. Because the … 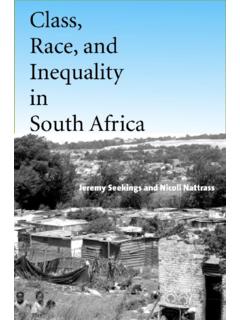 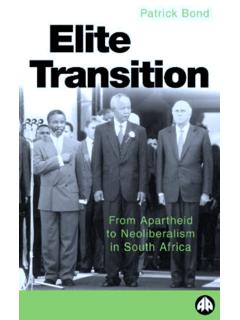 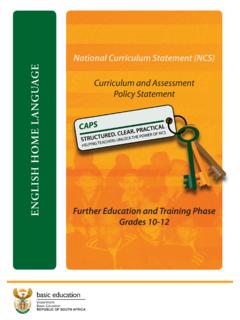 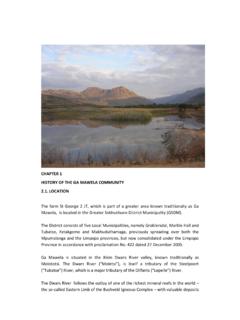 CHAPTER 1 HISTORY OF THE GA MAWELA …

CHAPTER 1 HISTORY OF THE GA MAWELA COMMUNITY 2.1. LOCATION The farm St George 2 JT, which is part of a greater area known traditionally as Ga 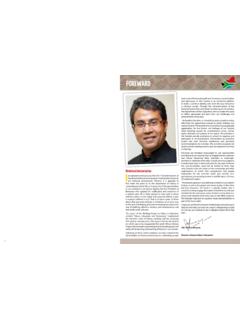 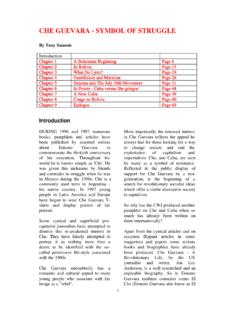 1 CHE GUEVARA - SYMBOL OF STRUGGLE By Tony Saunois Introduction Chapter 1 A Bohemian Beginning Page 6 Chapter 2 In Bolivia Page 13 Chapter 3 What Do I join? 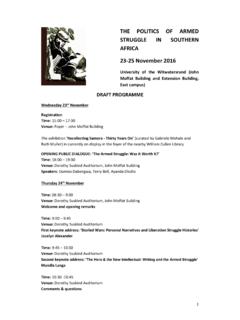 THE POLITICS OF ARMED STRUGGLE IN …

1 THE POLITICS OF ARMED STRUGGLE IN SOUTHERN AFRICA 23-25 November 2016 University of the Witwatersrand (John Moffat Building and Extension Building,

The Commoner N.5 Autumn 2002 4 http://www.thecommoner.org value and accumulation that allows him to integrate crisis and class struggle in a way hitherto 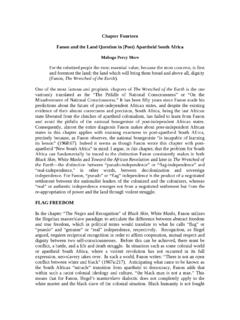 Chapter Fourteen Fanon and the Land Question in (Post) Apartheid South Africa Mabogo Percy More For the colonized people the most essential value, because the … 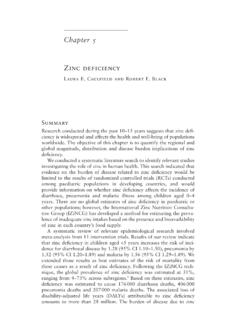 deﬁciency at the population level, have not been assessed in national or regional surveys in developing countries. Even in developed countries, 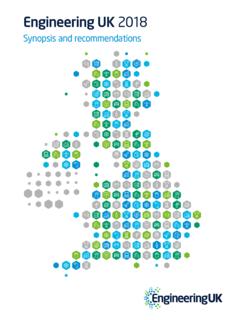