ON RULES OF ENGAGEMENT - International …

SANREMO HANDBOOK ON RULES OF ENGAGEMENT Prepared under the auspices of the International Institute of Humanitarian Law, Sanremo Drafting Team

Rules, Engagement, On rules of engagement

2 The Sanremo Handbook on RULES of ENGAGEMENT is intended to continue in the same vein as previous well-known Sanremo publications such as the Sanremo Manual on International Law Applicable to Armed Conflicts at Sea, published in 1995 and the Sanremo Manual on the Law of Non- International Armed Conflict, published in 2006. Published by the Institute as a working tool, the booklet is not intended to state the official opinions or positions of individual governments nor of specific International organisations on the different issues considered.

3 Its only aim is to guide the reader and in particular the participants in the military courses of the International Institute of Humanitarian Law . through the intricacies of the generally accepted and widespread concept of RULES of ENGAGEMENT . The Handbook reflects the results of a three-year project initiated by Professor Dennis Mandsager of the United States Naval War College, with the full support of the Institute, who identified the need for a common RULES of ENGAGEMENT reference that could be used by any nation for training and/or operations.

4 The Handbook was informed by several workshops conducted at the International Institute of Humanitarian Law, Sanremo, plus numerous multinational exercises and courses, which drew input from highly qualified experts from different regions of the world. The Handbook, in its current form, reflects best practice from nations across the globe. The text has been prepared by Commander Alan Cole RN, Major Phillip Drew, Canadian Forces, Captain Rob McLaughlin, RAN and Professor Dennis Mandsager, Captain, JAGC, US Navy (Ret.)

5 The final draft has been reviewed by a team of Council members of the Institute, composed of Brigadier General Erwin Dahinden, Dr. Baldwin de Vidts, Professor Wolff Heintschel von Heinegg, Professor Marie Jacobsson, Dr. Michael Meyer and Professor Michel Veuthey, with the cooperation of Colonel Darren Stewart, Director of the Military Department of the Institute. There are no other Handbooks of its type in existence; it has been designed so that it can be used by any nation or group of nations without reference to security caveats or restrictions.

6 Of course this was always the intent, to provide a tool that could be used to facilitate and enhance multinational cooperation and mutual understanding while ensuring that military forces are in compliance with national security and policy concerns. As the political control on the use of force and with that, the use of RULES of ENGAGEMENT to regulate the conduct of armed forces by individual nations, alliances and coalitions around the world continue to grow, so too the need to be able to train on and understand RULES of ENGAGEMENT similarly gains importance.

7 It is essential that a clear understanding exists that whilst RULES of ENGAGEMENT are often a mix of military and political policy requirements, these must be bounded by extant International and domestic legal parameters. Such legal constraints may never be exceeded, but are quite often restricted further by the effect of RULES of ENGAGEMENT . Too often national or multinational security classifications mean that ii . the publication and sharing of RULES of ENGAGEMENT experience and best practice is problematic. The ability for militaries to share their experiences as well as for academics, students and the public to consider the subject is critical in order to promote awareness of the practical implementation of International Humanitarian Law through RULES of ENGAGEMENT .

8 The new Handbook will meet the requirements of our military courses, but it will be equally available to other interested institutions and parties. It is my sincere hope that the Handbook will find a use either in those areas of the world where RULES of ENGAGEMENT doctrine does not currently exist or as a vehicle to aid in the creation of realistic and meaningful exercises at the national and multi-national level. The Handbook is intended to be of assistance to those working both at the strategic level, to aid in the preparation of clear and unambiguous RULES of ENGAGEMENT , as well as for those involved in their implementation in order that RULES of ENGAGEMENT are issued in a language that is easily understood and that assists military personnel's ability to accomplish the mission.

9 Given that this is an area which is constantly changing, reflecting the nature and manner in which nations participate in military operations, we fully expect users of the Handbook to come up with suggestions to refine and hone the practice articulated in the Handbook in future editions of the text. I should very much like to thank Professor Dennis Mandsager, who was the originator of the initiative, the Drafting Committee of the Handbook, as well as all the members of the Institute (including Professor Natalino Ronzitti and Vice Admiral Ferdinando Sanfelice di Monteforte) who, on a personal basis, gave useful comments and suggestions.

10 Finally, my thanks go to the International Committee of the Red Cross (ICRC). Its substantial financial contribution facilitated not only the fast publication of the Handbook and its translation into other languages, but also allows the IIHL to distribute the Handbook to all interested students and institutions. Ambassador Maurizio Moreno President, IIHL. iii . PREFACE. The Naval War College, like many similar schools, conducts unclassified and classified research, teaching, war games, and conference and has an International student body.

Weapons and the International Rule of Law

STUDI FrancoAngeli The 39th Round Table on current issues of International Humanitarian Law (IHL), held in Sanremo, gathered together international experts, representatives of 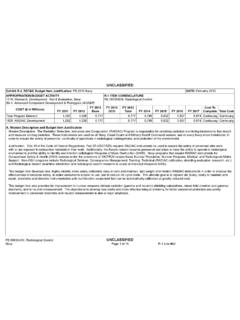 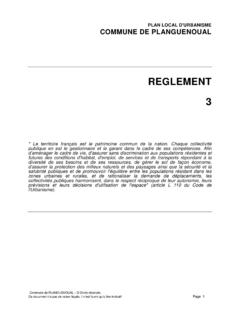