On the Safety Assessment of Ethanolamine and …

2 ABSTRACT: The CIR Expert Panel assessed the Safety of Ethanolamine and 12 salts of Ethanolamine as used in cosmetics, finding that these ingredients are safe in the present practices of use and concentrations (rinse-off products only) when formulated to be non-irritating. These ingredients should not be used in cosmetic products in which N- nitroso compounds may be formed. Ethanolamine functions as a pH adjuster. The majority of the salts are reported to function as surfactants; the others are reported to function as pH adjusters, hair fixatives, or preservatives. The Panel reviewed available animal and clinical data, as well as information from previous relevant CIR reports.

3 Since data were not available for each individual ingredient, and since the salts dissociate freely in water, the Panel extrapolated from those previous reports to support Safety . INTRODUCTION. In 1983, the Cosmetic Ingredient Review (CIR) Expert Panel issued a Safety Assessment on triethanolamine (TEA), dietha- nolamine (DEA), and monoethanolamine (MEA). In that 1983 report , the Panel concluded that Ethanolamine , an ingredient that functions in cosmetics as a pH adjuster, is safe for use in cosmetic formulations designed for discontinuous, brief use fol- lowed by thorough rinsing from the surface of the skin, and Ethanolamine should only be used in rinse-off In 2010, the Panel decided to reopen that 1983 Safety Assessment on TEA, DEA, and MEA as three separate reports (one for each ingredient), and to include additional related ingredients in each of the new reviews.

6 MEA-sulfite is reported to function as a hair fixative. The majority of the Ethanolamine salts are reported to function as surfactants. However, MEA-benzoate and MEA- salicylate are reported to function as preservatives and not as surfactants. MEA-salicylate also has been reviewed previously by the CIR Expert Panel. In 2003, the Panel concluded that MEA-Salicy- late is safe as used when formulated to avoid skin irritation and when formulated to avoid increasing the skin's sun sensitivi- ty, or, when increased sun sensitivity would be expected; directions for use include the daily use of sun The definitions and structures of Ethanolamine and the Ethanolamine -containing ingredients listed above are provided in Table 1.

7 Since the ingredients included in this review consist of Ethanolamine and one or more components, the conclusions of the components that have been reviewed previously by the CIR are provided in Table 2. Information relevant to the Safety of Ethanolamine was included in the 1983 CIR Safety Assessment of TEA, DEA, and MEA. Information from that report is summarized in this review, and is identified by indented, italicized text. 1. CHEMISTRY. Ethanolamine is an amino alcohol. (Figure 1). Ethanolamine is produced commercially by aminating ethylene oxide with ammonia; the replacement of one hydrogen of ammonia with an ethanol group produces Ethanolamine .

8 Figure 1. Ethanolamine Ethanolamine is reactive and bifunctional, combining the properties of alcohols and amines. At temperatures of 140 -160 C, Ethanolamine will react with fatty acids to form ethanolamides. Additionally, the reaction of ethanol- amines and sulfuric acid produces sulfates, and, under anhydrous conditions, Ethanolamine may react with carbon dioxide to form carbamates. From the final report on the Safety Assessment of Triethanolamine, Diethanolamine, and Monoethanolamine1. While many secondary amines are readily nitrosated to form isolatable nitrosamines, primary amines, such as Ethanolamine , ultimately yield diazonium salts instead of Acid Salts The acid salts (inorganic acid salts, organic acid salts, and sulfate salts), named above, are ion pairs which freely dissociate in water ( , Figure 2).

9 Therefore, these salts are closely related to the corresponding free acids and Ethanolamine . In other words, MEA-undecylenate, for example, is comprised of undecylenic acid and Ethanolamine . Figure 2. MEA-Undecylenate Available physical and chemical properties are summarized in Table 3. Method of Manufacture Ethanolamine is produced by reacting 1 mole of ethylene oxide with 1 mole of ammonia. Typically, ethylene oxide is react- ed with ammonia in a batch process to produce a crude mixture of approximately one-third each Ethanolamine , diethanola- mine, and triethanolamine, which is then separated, achieving varying degrees of single component Ethanolamine combines with long-chain fatty acids to produce neutral carboxylates, also called alkanolamine Impurities Ethanolamine contains a small amount of diethanolamine.

On the Safety Assessment of Citric Acid, Inorganic …

1 ABSTRACT: The CIR Expert Panel assessed the safety of citric acid, 12 inorganic citrate salts, and 20 alkyl citrate esters as used in cosmetics, concluding that these ingredients are safe in the present practices of use and concentration. 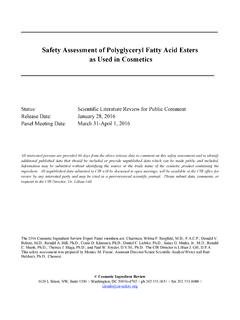 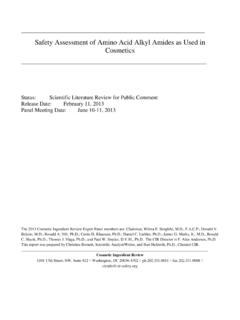 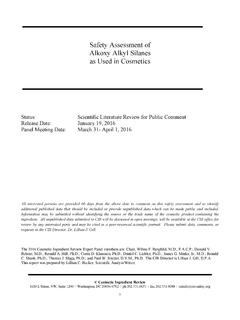 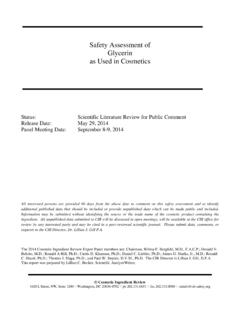 Safety Assessment of Glycerin as Used in Cosmetics 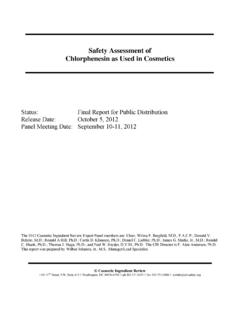 Safety Assessment of Chlorphenesin as Used in …

2 According to information supplied to the Food and Drug Administration (FDA) by industry as part of the Voluntary Cosmetic Registration Program (VCRP) in 2011, chlorphenesin is used in 1,386 cosmetic products.6 These data are

Safety Assessment of Tin(IV) Oxide as Used in …

1 ABSTRACT: Tin(IV) oxide functions as an abrasive, bulking, and opacifying agent in cosmetic products, and is used at concentrations up to 0.4 % in rinse-off products and up to 1.3 % in leave-on products. 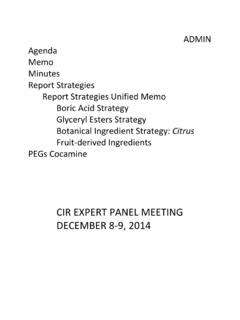 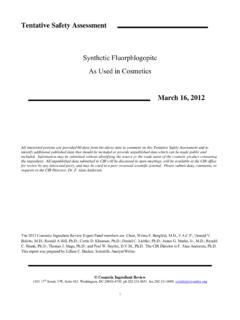 Synthetic Fluorphlogopite As Used in Cosmetics 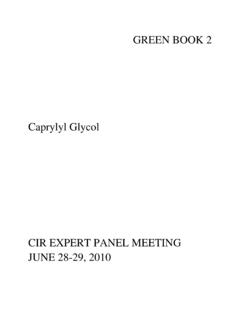 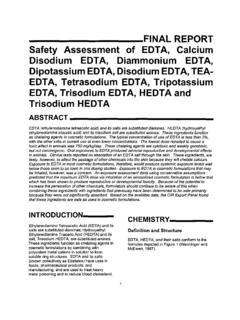 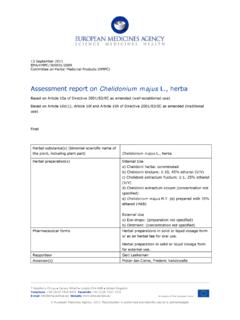 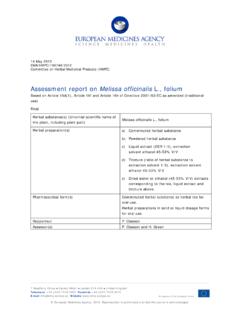 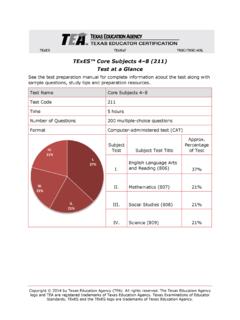 Tests, Glance, Test at a glance 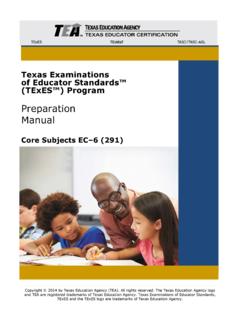 TExES Core Subjects EC–6 (291) 2 NOTE: After clicking on a link, right click and select “Previous View” to go back to original text. Table of Contents