Optima Fitzwilliam College Newsletter | Issue 19 | Summer 2013. Winter Ball | 50th Anniversary Celebrations | Social Enterprise Master's message College News My imminent retirement, on 30 September, lends New Master these habitual prefatory words an inevitably In March, the Governing Body elected Mrs valedictory tenor. At Nicola (Nicky) Pad eld MA Dip Crim DES as least in personal terms. the next Master, to take of ce on 1. October 2013. She has been a Fellow of This issue of Optima Fitzwilliam since 1991 and is Reader in serves to remind me Criminal and Penal Justice in the Faculty of what a pleasure and Law at the University of Cambridge .

1 Optima Fitzwilliam College Newsletter | Issue 19 | Summer 2013. Winter Ball | 50th Anniversary Celebrations | Social Enterprise Master's message College News My imminent retirement, on 30 September, lends New Master these habitual prefatory words an inevitably In March, the Governing Body elected Mrs valedictory tenor. At Nicola (Nicky) Pad eld MA Dip Crim DES as least in personal terms. the next Master, to take of ce on 1. October 2013. She has been a Fellow of This issue of Optima Fitzwilliam since 1991 and is Reader in serves to remind me Criminal and Penal Justice in the Faculty of what a pleasure and Law at the University of Cambridge .

2 She privilege it has been to was called to the Bar in 1978, and is a be part of Fitzwilliam for so many decades. Recorder of the Crown Court and a Bencher of the Middle Temple. I was rst elected as a Fellow of the College in Photo: Daniel Bates 1973. I have thus been witness to a large part of the half-century since the move to the Huntingdon Road site ten years before. We have celebrated that I am delighted and honoured to be entrusted with this responsibility. special anniversary this summer in the shape of a I am eager to devote much of my energy over the coming years to superb architectural exhibition and a reunion of the Golden Matriculants of 1963, also timed to Fitzwilliam , building on the outstanding work of Robert Lethbridge.

3 Welcome Lord Sainsbury, as Chancellor of the The College is an extraordinary community of talented people, University and our own Visitor, to of cially name The Olisa Library. Even those of us associated with extending well beyond its current students and beyond Cambridge . Fitzwilliam for a long time saw the College anew as On a more personal level, it will also be a happy return for my its successive architects detailed the narrative of its husband, Christopher - who was an undergraduate in the College.. (literal) building, in itself a remarkable achievement in which alumni can take enormous pride.

4 Her rst trip, as Master, will be to Hong Kong and Singapore where she will be hosting receptions in early January. Yet, however much we may marvel at its physical transformation, the College is obviously much more than that. Optima continues to testify to the richness of its life and work. Its Fellows exemplify research innovation and academic distinction. Its New College President students, past and present, excel in sport, organize major international occasions, win prizes in many Professor Steward and Senior Tutor.

5 He continues disciplines and places, publish books, enlighten us Richard Hooley to supervise second year law students in the media. Fitzwilliam now has a vastly increased has been for contract law. number of postgraduates and they too are elected as the engaged in the public domain, some of them as far next President away from Cambridge as it is possible to get. And Nicky Padfield and I have worked of the College. readers will nd here yet further evidence of the together as Law Fellows for The President personal generosity of alumni all too aware that, deputises for 22 years and I very much look with the withdrawal of taxpayer support, we have to help ourselves if we are to sustain what is so the Master in the latter's absence or forward to continuing to work valuable about a collegiate education and illness.

6 A University Lecturer from 1993 with her as she takes up her experience. On the other hand, it was always thus. to 2003, Richard then moved to King's new position as Master.. College London as a Professor of Law. The commemorative volume, Fitzwilliam : the First He has been a Fellow for 23 years and Richard takes over from Professor 150 Years of a Cambridge College, to be published has held a variety of posts including Nigel Slater on 1 October. in September tells (through both its text and wonderful illustrations) a remarkable story, in which Director of Studies in Law, Tutor, so many of the current activities have precedents.

7 Masters come and go. What is as certain is that Fitzwilliam will go from strength to strength. Contact the Editor Professor Robert Lethbridge Alison Carter | | +44 1223 330784. Master (2005 -13) Please feel free to contact me with comments, contributions and suggestions for the next issue. Cover image: Alan Davidson. Ferris wheel in front of The Grove, Winter Ball November 2012. Read more on page 5. For the latest College news, visit www. 2 Optima , Fitzwilliam College Newsletter New prospectus Fellows in Saudi Arabian collaboration Professor David Cardwell and Professor Nigel Slater are two of the four principal investigators on a million project supported initially for three years by the King Abdulaziz City of Science and Technology (KACST).

8 KACST, which is based in Riyadh, Saudi Arabia, has awarded the funding to support a joint collaborative research centre, based in Cambridge , to be directed by Professor David Cardwell (Department of Engineering, Cambridge ) and Professor Ibrahim S Al-Mssallem (KACST). Last year, Professor Cardwell attended, by special Freshers from 2012 were photographed in subject invitation, the Prime Minister's Seminar on Nano and groups to illustrate the Advanced Materials at 10 Downing Street and has course booklet. the picture to prove it!

9 Professor Slater has been appointed an Honorary Professor of the Tianjin University of Science and Fitzwilliam Admissions Of ce launched a new undergraduate prospectus and Technology in China and an Advisor to the Tianjin course booklet to coincide with the Arts and Sciences open days in April. Joint Academy of Biotechnology and Medicine. Written by Admissions Tutor Mary Young, the prospectus has also been viewed online more than 2000 times. Have a look on the website and let us know what you think. Fellows organise food Palmes Acad miques for Master security debates Professor Robert Lethbridge was Fitzwilliam Fellows Dr Bhaskar Vira and Dr David honoured as a Commandeur dans Nally organised three public debates in London l'Ordre des Palmes Acad miques, earlier this year as part of the Cambridge University the highest rank in the Order, by the Strategic Initiative in Global Food Security.

10 The aim French Ambassador His Excellency was to engage the public, industry and policy Bernard Emi on 12 February 2013. stakeholders in some of the pressing questions at the French Embassy in London. regarding the security of food in the global context. Professor Lethbridge also lectured The debates were on: Biotechnology, IP and 21st on Manet and the Writers of his Century Crops; Smallholder Farming and the Future Time' at the Royal Academy in of Food and The Right To Food. The debates gave London in March. people the chance to hear from and question politicians, researchers and journalists on the issues. 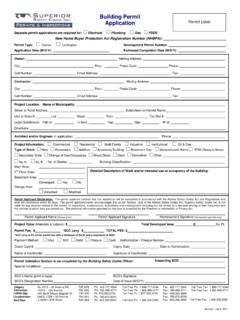 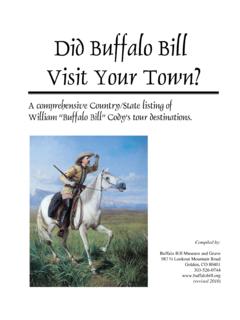 Did Buffalo Bill Visit Your Town?

Your, Bill, Visit, Buffalo, Lethbridge, Did buffalo bill visit your 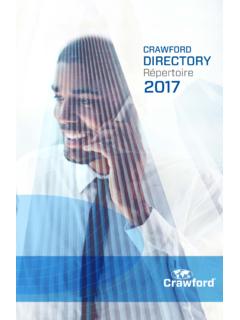 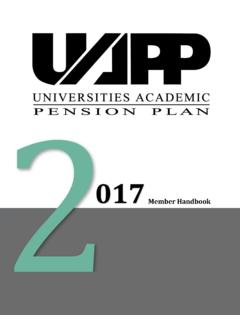 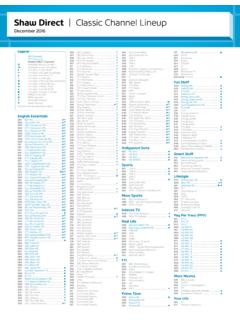