Pakistan-India Relations: An Analytical Perspective of ...

Pakistan-India Relations: An Analytical Perspective of Peace Efforts Muhammad Sajjad Malik . Abstract pakistan and India share a critical relationship. In addition to several limited border clashes they have fought three major wars since 1947, However, they have also a history of joint efforts for resolving differences through peaceful means. In fact, after every major conflict, they sat down for talks. The peace efforts can be categorised into three types: the UN- driven, the bilateral peace parleys and third-party mediations. The study concludes that third-party mediation has been more successful and result- oriented as compared to the bilateral efforts or the UN-sponsored initiatives.

13 Sattar, Pakistan Foreign Policy, 193. 14 Ibid., 193 and 185. Strategic Studies 64 The deteriorating situation in Kashmir overlapped with the former Soviet Union withdrawal from Afghanistan, where those fighting against the Soviets were left jobless. These battle-hardened fighters were left

1 Pakistan-India Relations: An Analytical Perspective of Peace Efforts Muhammad Sajjad Malik . Abstract pakistan and India share a critical relationship. In addition to several limited border clashes they have fought three major wars since 1947, However, they have also a history of joint efforts for resolving differences through peaceful means. In fact, after every major conflict, they sat down for talks. The peace efforts can be categorised into three types: the UN- driven, the bilateral peace parleys and third-party mediations. The study concludes that third-party mediation has been more successful and result- oriented as compared to the bilateral efforts or the UN-sponsored initiatives.

2 This article relies on multiple sources to traverse the history of Pak-India conflicts and peace efforts. The findings of this paper support the main argument that third party mediations have been more successful in resolving issues between the two countries. Keywords: pakistan , India, UN, Third-Party Mediation, Wars, Kashmir. Introduction The relations between pakistan and India started on a bitter note because of the partition of the Indian subcontinent. The immediate cause of tension was the bloodshed of millions of Muslims, Hindus and Sikhs, moving across the new borders to settle either in India or pakistan .

3 The communal violence, at the time of independence, set the stage for a permanent future rivalry between pakistan and India. 1. As J N Dixit noted, pakistan and India are stagnated in a mode of confrontation since inception as free countries despite many . The author is PhD in Peace and Conflict Studies from National Defence University, Islamabad. He is a researcher, academic, teacher and freelance writer. 1. Thazha Paul, ed., The India- pakistan Conflict: An Enduring Rivalry (Cambridge: Cambridge University Press, 2005), 33. 59. Strategic Studies There have been wars, limited conflicts, border skirmishes, intrusions, warlike situations and confrontations3 but wars have not stopped the two countries from making joint efforts to resolve their differences through different means.

4 Yet, it is a matter of debate why such efforts met with limited or no success. This paper traces the history of Pak-India bilateral relations and focuses on the moments of acute tension and joint efforts for making peace. It hypothesises that third-party mediation is the most successful model of conflict resolution between pakistan and India. It helped the two sides to sign the historic water accord of 1960, which had a far-reaching impact on the agriculture of the two countries. The bilateral efforts produced only limited results while the UN-sponsored initiatives were not much of a success either.

5 For instance, its resolutions on Kashmir have still not been implemented. There are two parts of the paper. The first part delves into the political history of relations, including wars and tensions, while the second focuses on the joint peace efforts to resolve the differences. Both primary and secondary documentary sources have been used in this research. Overview of Past Confrontations: A Zero-sum Game The political history of pakistan and India is a study into rivalry and unmitigated confrontation a kind of zero-sum game. Till date, the relations have not fully recovered from the first conflict over the Himalayan region of First War on Kashmir Soon after partition, pakistan and India clashed over Kashmir.

6 It was a Muslim majority state ruled by a Hindu king called the Maharaja Hari Singh. Ignoring the sentiments of the majority of people and guidelines for the accession of states decided on October 26, 1947, the Maharaja 2. J N Dixit, India- pakistan in War and Peace (London: Routledge, 2002), 10. 3. Christophe Jaffrelot, ed., A History of pakistan and its Origins, trans., Gillian Beaumont (London: Anthem press, 2008), 112. 4. Victoria Schofield, Kashmir in Conflict: India, pakistan and the Unending War (London: IB Tauris, 2000), 22. 60. Pakistan-India Relations announced to join India.

7 It resulted in an uprising. The local Kashmiris were joined by the Pakistani tribesmen who launched an armed struggle to liberate Kashmir from India. India sent its regular army to control the situation. As the unrest increased, pakistan 's government came under pressure to intervene and finally sent its troops in May It resulted in the first war between pakistan and India over Kashmir. The war-like situation was averted after the UN intervened. However, Kashmir was left divided between the two parts, under the administration of pakistan and India. The two countries accused of initiating the war and demanded to have control over the entire territory of Kashmir.

8 Meanwhile, the UN passed a resolution to decide the final status of Kashmir through a plebiscite and both countries agreed to it. However, India refused to hold the plebiscite after pakistan and the US signed a defence deal in May In a letter dated March 5, 1954, the Indian Prime Minister, Jawaharlal Nehru, addressing the Pakistani Prime Minister, stated that the US decision to give aid to pakistan has changed the whole context of the Kashmir Issue. 7 He repeated the same argument in another letter on August 23, Afterwards, India not only refused to hold a referendum but took steps that ultimately resulted in Kashmir becoming a state of India.

9 Second War on Kashmir The second war over Kashmir was fought in September 1965. Compared with the first war, it had a slightly different context. India was defeated by China in 1962. pakistan , after receiving western military hardware, had improved its defence and also gained the upper hand over India in the Rann of Kutch9 clash in 1965. Meanwhile, the unrest in Kashmir was increasing due to various factors. India's founding leader, Jawaharlal Nehru's death in 1964, had left a power vacuum in the political arena of the country. These 5. Jaffrelot, History of pakistan Origins, 120.

10 6. Lawrence Ziring, pakistan : The Enigma of Political Development (Kent: Dawson Westview, 1980), 221. 7. Ijaz Hussain, Kashmir Dispute: An International Law Perspective (Rawalpindi: Services Book Club, 2000), 203-204. 8. Ibid. 9. Rann of Kutch is low lying marshy areas between pakistan 's Sindh province and India's Gujarat state. 61. Strategic Studies factors prompted the Pakistani policymakers to play a final round in Kashmir. Code-named as Operation Gibraltar, a plan was prepared to provide aid to initiate a rebellion against India in Kashmir. It was based on the assessment that the situation in Kashmir was ripe for change and India will not be able to launch any major offensive against The plan did not achieve success and, soon, the two countries were engaged in a major conflict after the Indian forces crossed the international border on September 6, 1965. 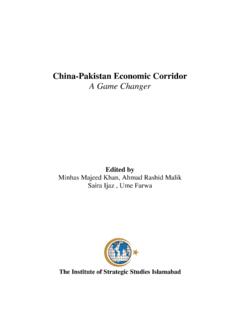 The book is a great scholarly work, and a valuable addition to highlight various aspects of China Pakistan Economic Corridor (CPEC). CPEC, a flagship project of China’s “One Belt One Road” (OBOR) initiative, acts as a vital bridge that connects China with Central Asia, the Middle East and South Asia. By linking 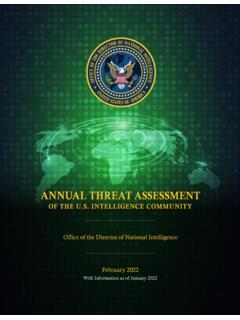 Mar 08, 2022 · Pakistan remain a global concern. The iterative violence between Israel and Iran, and conflicts in other ... because China’s leaders see state direction as necessary to reduce dependence on foreign technologies, ... and trade policy to give its firms a … 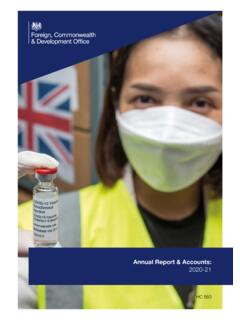 Foreword by the Foreign Secretary: 2020-21 FCDO Annual Report and Accounts The Rt Hon Elizabeth Truss MP It is a great honour to lead the Foreign, Commonwealth and Development Office and to ensure that our foreign and development policy delivers for people across our great country. As we look ahead, we must continue making the 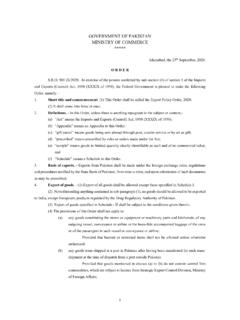 GOVERNMENT OF PAKISTAN MINISTRY OF COMMERCE

Basis of exports. - Exports from Pakistan shall be made under the foreign exchange rules, regulations and procedures notified by the State Bank of Pakistan, from time to time, and upon submission of such documents as may be prescribed. 4. Export of goods. - (1) Export of all goods shall be allowed except those specified in Schedule-I. (2). 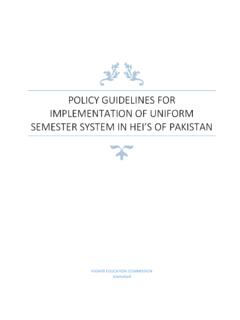 Policy Guidelines for the Implementation of Uniform Semester System in Higher Education Institutions of Pakistan: Foreword Higher Education Commission of Pakistan has approved the National Qualifications Framework of Pakistan, 2015 that is consistent with Bologna process. The Pakistan NQF consists of three key documents.