2 Furthermore, Pyridyl Halides due to the versatility and reliability of this reaction, Other Heteroaromatic Halides researchers in industrial environments have included Catalyst Activity this methodology in their toolbox as a standard proce- Weak Bases dure for the synthesis of amine derivatives. Therefore, Low Temperatures it is not surprising that first industrial processes up to New Bases ton-scale have been performed using this cross-cou- Amine Nucleophiles pling reaction. The authors who are involved in the 4 Coupling Reactions with Non-Amine Nucleo- application of this reaction to industrial processes philes on this scale give an overview of the recent develop- Coupling of Amides, Sulfonamides, Carbamates ments in this field of chemistry, also including funda- and Ureas mental principles, with a special focus on the industri- Coupling with Sulfoximines, Hydrazines and al approach and issues to be considered relevant in Guanidines scaling-up this transition metal- catalyzed chemistry.

4 Can we really make every imaginable being considered as rather mature fields of science, the molecule? Can we make them elegantly? Can we make question might be raised: what benefit can new research them efficiently? Can we make them in an environmen- bring to the public community? During the past four tally benign way? Adv. Synth. Catal. 2004, 346, 1599 1626 DOI: G 2004 WILEY-VCH Verlag GmbH & Co. KGaA, Weinheim 1599. REVIEWS Bj rn Schlummer, Ulrich Scholz Bj rn Schlummer started his Ulrich Scholz started his studies in chemistry in 1993 studies in chemistry in 1990. at the University of Kiel, at the University of Hann- Germany. After finishing over, Germany. In 1993, he his diploma thesis in the joined Professor Paul A.

5 Area of photochemical oxa- WenderOs research group at di-p-methane rearrange- Stanford University, Califor- ments in the group of Pro- nia, USA on a DAAD schol- fessor J. Mattay in 1998, he arship. After returning to his moved to the University of home town of Hannover, he Marburg, Germany to join finished his basic studies in the group of Professor T. Bach. There, he obtained chemistry and received his diploma degree in Pro- his PhD on iron(II)- catalyzed nitrene transfer reac- fessor E. WinterfeldtOs research group in 1996 on tions in 2000. During his studies he was supported the synthesis of unsymmetrical pyrazines. He stayed by scholarships from the Studienstiftung des Deut- in Professor WinterfeldtOs group and spent the sub- schen Volkes, Graduiertenkolleg Metallorganische sequent three years on the elaboration of bile acids Chemie and finally a Kekule fellowship.

6 To learn as potential building blocks for the synthesis of more about the fundamentals of organometallic cephalostatin analogues. After graduation he con- chemistry, he moved to the group of Professor tinued as a teaching assistant at Hannover Universi- John F. Hartwig at Yale University, New Haven ty to finally join the Central Research Department on a DAAD fellowship in the beginning of 2001 for homogeneous catalysis of Bayer AG at the to work on Palladium-Catalyzed hydroaminations. end of 1999. In 2002, he moved to the process devel- Subsequently, he joined the process development opment department of the Bayer Chemicals Com- department of the Bayer AG, Leverkusen in 2002 pany, now Lanxess Fine Chemicals as a project as a project manager for Pharmaceutical Intermedi- manager of the Speciality Chemicals Department.

7 Ates. Shortly after this, the department was imple- Since 2001, he has also headed the Bayer part of mented into the Bayer Chemicals AG and is now an industrial collaboration between Bayer Chemi- a part of Lanxess Fine Chemicals. Together with cals, Professor Steve L. Buchwald from MIT and Ulrich Scholz he works on the application of the Rhodia Pharma Solutions (formerly Rhodia Chir- Buchwald Hartwig amination in an industrial envi- ex) on Palladium-Catalyzed aromatic aminations. ronment. So with these questions nearly answered in the past, industrial chemists, also have a second objective: to what are the requirements for novel chemical reactions, show that the Palladium-Catalyzed C N and C O cou- at least from the view point of the industrial chemist?

8 Pling is not only another interesting field to note, but a One possibility might be: Can we make new molecules new reaction that truly fulfills the requirements of a with a new methodology in a reliable way, , can we use modern synthetic method: versatility, reliability and ap- techniques in the key steps that are both robust and ver- plicability on small and especially larger scales. satile, therefore guaranteeing quick progress in the re- The technique, as mentioned above, is indeed rather search? Do we have techniques available that exhibit young. Still during this time already several reviews enough selectivity to allow the construction of highly have appeared.[4 8,138] While mostly the groups of Buch- functionalized, sensitive molecules?

9 Wald and Hartwig as the pioneers in the field are the con- Almost 10 years ago the well known contributions of tributors, the vantage point so far has usually been the Buchwald and Hartwig[1] opened a new chapter in the academic researcher. Nevertheless this technology has field of transition metal- catalyzed cross-coupling chem- reached the multi-hundred kg production level in istry with a new approach of how to make derivatized many companies, therefore this article is trying to also anilines and aryl ethers. Although numerous alterna- cover the concerns of a producer working on that scale. tives are available[2] and even the transition metal-cata- Although the title includes both C N and C O cou- lyzed approach is not a novel approach in general when pling and therefore gives the impression that these two one looks at metals like copper,[3] these two publications reactions are dealt with in the literature with similar em- have triggered tremendous activities both in academic phasis, it is important to note at this point that about and industrial groups.

10 80% of the covered literature is focused on C N cou- The intention of this review is to cover the key activi- pling. As a possible reason for this imbalance one might ties during the past five years. Next to the goal of docu- argue that C O coupling simply does not work as relia- menting the milestones in this field, the authors, being bly as amination, furthermore aryl ether formation can 1600 G 2004 WILEY-VCH Verlag GmbH & Co. KGaA, Weinheim Adv. Synth. Catal. 2004, 346, 1599 1626. Palladium-Catalyzed C N and C O Coupling REVIEWS. that this technique offers possibilities for making excit- ing new functional polymers. 2 Components of the Catalytic System Due to the proposed mechanism,[8] Buchwald Hartwig aminations usually require a catalytic system containing four components to efficiently generate the desired C N bond. 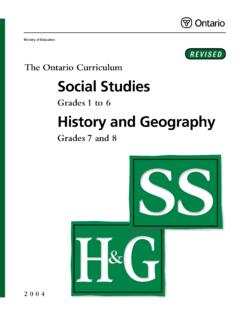 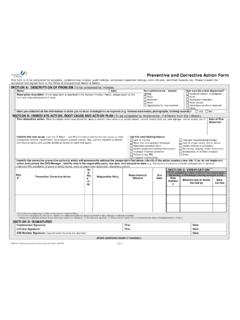 168 CHAPTER 4 • INTRODUCTION TO ALKENES. STRUCTURE AND REACTIVITY A large number of organic reactions are catalyzed. In this section, we’ll introduce the idea of catalysis by considering three examples of catalyzed alkene reactions. 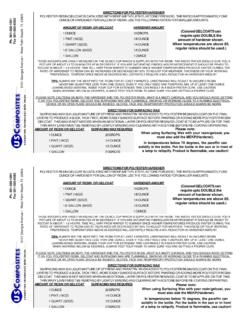 directions for pol yester hardener polyester resin/gelcoat is catalyzed with mekp (methyl ethyl ketone peroxide). the ratio is approximately one

You are now at www.wernerblank 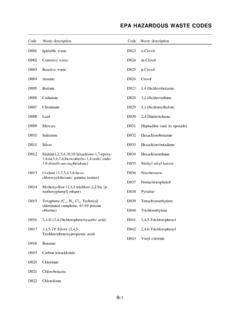 3 Most palladium catalysed reactions are believed to follow a similar catalytic cycle. The catalytic species can be formed in situ using a palladium source, such as Pd 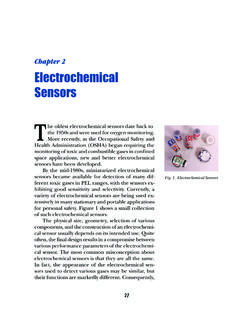 29 Chapter 2 Electrochemical Sensors first passes through a small capillary-type opening and then diffuses through a hydrophobic barrier, and even- tually reaches the electrode surface.

T he opening chapter of our metallocene success story began with a major breakthrough that set the benchmark for others to follow. In the early 1990s,