pathogen environmental monitoring program (PEM). Presented by the Almond Board of California Preventing Salmonella Recontamination: pathogen environmental monitoring program Guidance Document 2. INTRODUCTION. Introduction A. review of the history of the microbiological hazards as- sociated with tree nuts and nut products, including al- monds, shows that Salmonella spp. is one of the primary target pathogens of concern at all stages of production and handling. The Hazard Analysis Critical Control Point (HACCP). approach is the most widely accepted food safety management framework around the world and is endorsed by the Almond Board of California for use by almond handlers for the production of safe and wholesome products. HACCP is a systematic science-based ap- proach that identifies, assesses and controls the risk of biological, chemical and physical hazards in the product (1).

Introduction A review of the history of the microbiological hazards as- sociated with tree nuts and nut products, including al-monds, shows that Salmonella spp. is one of the primary target pathogens of concern at all stages of production

1 pathogen environmental monitoring program (PEM). Presented by the Almond Board of California Preventing Salmonella Recontamination: pathogen environmental monitoring program Guidance Document 2. INTRODUCTION. Introduction A. review of the history of the microbiological hazards as- sociated with tree nuts and nut products, including al- monds, shows that Salmonella spp. is one of the primary target pathogens of concern at all stages of production and handling. The Hazard Analysis Critical Control Point (HACCP). approach is the most widely accepted food safety management framework around the world and is endorsed by the Almond Board of California for use by almond handlers for the production of safe and wholesome products. HACCP is a systematic science-based ap- proach that identifies, assesses and controls the risk of biological, chemical and physical hazards in the product (1).

2 The HACCP ap- proach consists of seven principles, each of which must be followed for successful implementation. The first HACCP principle states that the HACCP team should conduct a hazard analysis that assesses the food safety hazards that are reasonably likely to occur and that must be controlled for the production of safe product. Since history has revealed Salmonella spp. to be one of the reasonably likely food safety hazards to occur within the almond production environment, it is critical that an almond facility's HACCP plan identifies, assesses, and seeks to control and mitigate that risk. An effective mechanism for controlling the risk of Salmonella in the almond production environment is the implementation of a Patho- gen environmental monitoring (PEM) program . As an integral com- ponent of an almond facility's HACCP plan, a well developed PEM. program will control and mitigate the risk of Salmonella spp.

3 Con- tamination proactively in both the production and post-production environment. This document is intended to outline the necessary tools and steps to develop and implement such a program . 3. INTRODUCTION. Characteristics of Salmonella The genus Salmonella consists of rod-shaped, gram-negative, non-sporeforming, predomi- nately motile cells that can grow either aerobi- cally or anaerobically and are members of the family Enterobacteriaceae. In nature, they are found in both warm- and cold-blooded animals, humans, and in the general environment, includ- ing the soil and water (2). Salmonella spp. can grow in the temperature range of 41 F (5 C) to 113 F (45 C) with the optimum growth range of 95 F (35 C) to F (43 C). Growth is slow at temperatures below 50 F (10 C), and most strains do not grow at temperatures F (less than 7 C). Salmonella spp. has a pH range for growth of pH 4 to 9 with an optimum of 7 to Almonds fall within this optimum pH range.

4 Salmonella spp. is classi- fied according to serotype, and over 2,400 serotypes have been described for the genus. Since Salmonella spp. are vegetative bacteria, they are not as heat resistant as bacte- rial sporeformers. Strains of Salmonella do vary, however, in their ability to resist heat. For example, the strain Salmonella Senftenberg 775W is about 10 to 20 times more heat resistant than the average strain of Salmonella at high water activity (Aw). Aw is a mea- surement used to describe the water that is available in a food for the microorganisms to grow. Under favorable conditions, Salmonella spp. can grow in the Aw range of to more than , with being the optimum Aw for growth. Typically the water activity of almonds under proper storage conditions is below the level required for Salmonella growth. However, the addition of moisture or water can create conditions that allow Sal- monella to grow if it is present on the nuts.

6 One investigation found that low Aw was detrimental to Salmonella survival at 131 F. (55 C) or 140 F (60 C), but that temperatures greater than 158 F (greater than 70 C). were always protective meaning that the pathogen was harder to inactivate at the high- er temperature (7). Research has shown that once Salmonella spp. contaminates peanut butter, it is not realistically possible to eliminate it with heat treatment the reduced Aw environment of peanut butter is highly protective of the pathogen (8). 4. INTRODUCTION. Salmonella and human illness All serotypes of Salmonellae are considered human pathogens . However, the severity of illness varies greatly depending on the strain involved and the susceptibility of the host. Salmonellosis is the leading cause of food-borne illness in the United States, with a re- ported cases per 100,000 population in 2008 reported by the Centers for Disease Control and Prevention (9).

7 Salmonellosis is an infection with symptoms consisting of diarrhea, abdominal pain, chills, fever, nausea, vomiting, dehydration and headache (2). The most susceptible individuals are infants, followed by the elderly and immunocompro- mised, and then the general population. Symptoms usually appear within 12 to 36 hours with a range of 5 to 72 hours after ingestion of the contaminated food. Symptoms usually resolve in healthy individuals within 2 to 5 days, and the disease is generally self-limiting. In a small percentage of cases, complications can occur, including systemic infection and reactive arthritis, which can have long-term, disabling effects on the patient. Overall, the human mortality rate for salmonellosis is low (less than 1 percent), but can be as high as 20% depending on strain. The infective dose for salmonellosis is dependent on a number of variables including the strain of Salmonella spp.

8 Ingested, the susceptibility of the individual and the type of food consumed. However, small numbers, as low as 15 to 20 cells, have been shown to cause illness in humans; therefore, great care must be taken to prevent recontamination of product once it has been pasteurized (10). Persistence of Salmonella in the almond growing and production environments Research has shown that Salmonella Enteriditis Phage Type 30 has persisted in a single almond orchard for over a five-year period and that the same or- ganism can persist and grow in almond orchard soils for extended periods of time (11, 12). Salmonella spp. can survive for weeks in aquatic environ- ments, including irrigation water used for crops. And surveys have shown that the organism can survive for months in soils and sediments (13). Research has also shown that Salmonella Enteriditis Phage Type 30 can rapidly grow to high levels in wet almond hull and shell slurries and can survive drying of the hulls, which can become a source of recontamina- tion during almond processing if not properly controlled (14).

9 Salmonella spp. has been found to colonize and persist on conveyor belts (dependent on type of belt material) and 5. INTRODUCTION. on various types of fabrics for weeks (15, 16). Various serotypes of Salmonel- lae were found in the production envi- ronment of an oilmeal processing plant, including the processing floor, dust samples, employee shoes, brooms, con- veyors and other sites (17). Research has also shown that pests and vermin such as rodents, birds, cockroaches and houseflies can harbor, transmit and am- plify the presence of Salmonella spp. in the environment (18, 19, 20, 21). Prevalence of Salmonella in almonds and other raw agricultural commodities Almonds, as with most agricultural commodities such as grains, spices and raw cocoa, have been found to harbor Salmonellae and other pathogens . Salmonella spp. has been isolated from and shown to survive in pecans, peanuts, pistachios, dried edible seeds (sesame, alfalfa, melon, sunflower, flax), Brazil nuts, hazelnuts, macadamia nuts, walnuts and almonds (22, 23, 24, 25, 26, 27, 28, 29, 30, 31, 32, 33).

10 One study showed a Salmonella incidence of in raw almonds, and another study showed an overall isolation rate of + from raw California almonds sampled over a five-year period (28, 29). The latter study showed that Salmonella spp. was present at low levels in positive samples. Cases of human salmonellosis associated with almonds and other nuts Given the existence of naturally occurring Salmonella spp. in the environment it is not surprising to find the pathogen in raw nuts and similar products. These products need to be handled by the processor as if they are contaminated with Salmonella spp., and mea- sures must be taken to prevent recontamination of treated product. Three documented salmonellosis outbreaks traced to the consumption of peanut butter made with contaminated peanuts have occurred. The first outbreak occurred in 1996 in South Australia and was traced to a single peanut butter manufacturer that used peanuts from an outside supplier that were recontaminated after roasting with Salmonella Mban- daka, a relatively rare strain (34, 35). 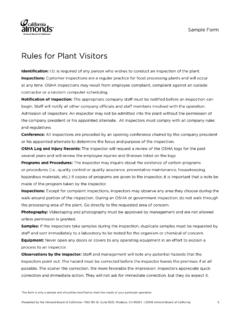 Rules for Plant Visitors Identification: I.D. is required of any person who wishes to conduct an inspection of the plant. Inspections: Customer inspections are a … 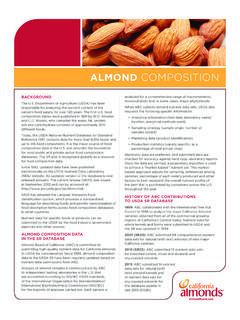 BACKGROUND The U.S. Department of Agriculture (USDA) has been responsible for analyzing the nutrient content of the nation’s food supply for over 120 years. 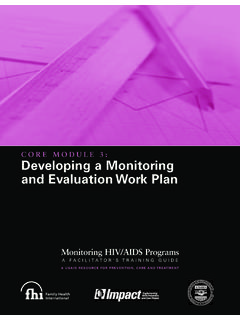 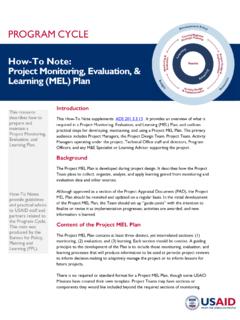 This resource describes how to prepare and maintain a Project Monitoring, Evaluation, and Learning Plan. How-To Notes provide guidelines and practical advice 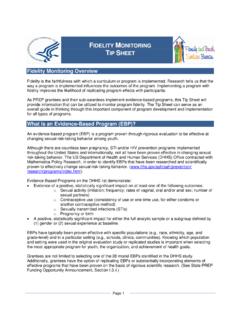 Page 1 FIDELITY MMONITORINGONITORING TIP SSHEETHEET Fidelity Monitoring Overview Fidelity is the faithfulness with which a curriculum or program is implemented. Research tells us that the 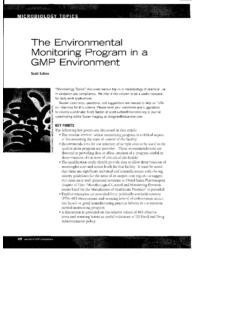 The Environmental Monitoring Program In a GMP …

Programs, Monitoring, Environmental, The environmental monitoring program in a