1. PATRICK'S PASSING . by Linda Thorson Everybody loved Patrick Macnee. It wasn't just the millions of Avengers fans who wished they could be like him urbane, courageous, witty, irresistibly sexy and self-assured, like his secret agent character John Steed. It was all his friends in real-life, his co-stars and the big names who clamoured to appear on this international TV hit beside him. I never heard any of them say a bad word about Patrick. He was like a real-life Steed: the perfect gentleman. During the two years in the Sixties that I played his Avengers partner, the besotted Tara King, I learned to know him deeply. He was a complex man, full of charming eccentricities, the product of an extraordinary childhood and three nightmarish years fighting a war that would haunt him for the rest of his life.

3 would never touch a drop of alcohol again. He went cold turkey, by sheer willpower. But the prospect was a glum one for him. 'Linda, I'll never be funny again,' he

1 1. PATRICK'S PASSING . by Linda Thorson Everybody loved Patrick Macnee. It wasn't just the millions of Avengers fans who wished they could be like him urbane, courageous, witty, irresistibly sexy and self-assured, like his secret agent character John Steed. It was all his friends in real-life, his co-stars and the big names who clamoured to appear on this international TV hit beside him. I never heard any of them say a bad word about Patrick. He was like a real-life Steed: the perfect gentleman. During the two years in the Sixties that I played his Avengers partner, the besotted Tara King, I learned to know him deeply. He was a complex man, full of charming eccentricities, the product of an extraordinary childhood and three nightmarish years fighting a war that would haunt him for the rest of his life.

2 But above all he was protective. From the first day we worked together, Patrick made me feel safe. He was 25 years older than me born in February 1922, the son of a racehorse trainer called Daniel who loved gin and hated pacifists. His party trick was to pull out a shotgun and scare the daylights out of anyone he suspected of cowardice. His mother Dorothea, a niece of the 13th Earl of Huntingdon, was just as unconventional, and when Patrick was small she ran away from her husband to live with a circle of lesbian friends that included the actress Tallulah Bankhead. 2. Patrick was brought up to call his mother's female lover 'Uncle Evelyn'. I. believe this laid the roots of his absolute respect for women in later life: he treated them as his equals.

3 That's why The Avengers was the first TV show to allow a man and a woman to share the power, and to look out for each other as partners. All the Avengers girls Honor Blackman, Diana Rigg, Joanna Lumley and me were smart, strong and self-sufficient. Patrick would not have permitted the scripts to portray us any other way. It was the beginning of female equality on screen in action TV, though it was decades before programmes like Dempsey And Makepeace and Remington Steele would catch up with our example. Perhaps he also gained his inimitable dress sense from his mother's remarkable friends, because he could wear clothes like no one else. With his velvet collars and impeccably pressed suits, he epitomised Sixties masculine style. Patrick was a metrosexual long before the word was ever invented.

4 But there was another side to him: he detested violence. He insisted throughout the Avengers run, from 1961 to 1969, that he would never use a gun. If a producer was foolish enough to argue, Patrick would say, 'I saw almost all my friends blown up in the war. Do you think I would shoot a man and call it entertainment?'. He would say it quietly, but he meant it. There was an unbreakable inner strength to Patrick, and I am certain that he had to develop it consciously, as a very young man, fighting for his country. It was the only way to survive. He didn't talk much about his service years with the torpedo boat squadron, hunting U-boats in the Channel. War talk wasn't done in the Sixties. But much later, when he was enjoying his retirement at the beautiful Rancho Mirage near Palm Springs in California where I visited him so often, he would sometimes speak of it.

5 He carried those traumas all his life. His soldier's strength saved him when doctors warned in the mid-Seventies that he would have to quit drinking. He was 53, and he told me with total certainty that he 3. would never touch a drop of alcohol again . He went cold turkey, by sheer willpower. But the prospect was a glum one for him. ' Linda , I'll never be funny again ,' he sighed. I told him that was nonsense and, a couple of weeks later, as he had us roaring and squealing with laughter at some anecdote over dinner in Chelsea, I turned to him and reminded him of his silly fears. 'Darling,' I said, 'you have never been funnier.' And it was true for the rest of his life, he was the most marvellous raconteur, who seemed able to remember lines from every one of the show's 161 episodes.

6 But for 40 years he was firmly teetotal, and I admired him hugely for it. There was a special rapport between us from the start. I was 20, not long out of RADA, and he sensed I had everything to learn and that I was vulnerable. During scenes, he listened to the other actors. Many people just wait to say their lines, but he really paid attention and taught me to do the same. Between takes he would stay on the set, watching how the lighting was set up and taking note of which lenses were on the cameras. By the time we came to shoot a scene, he was fully prepared. That attention to detail extended to the special guests. Whether it was debonair stars like Edward Fox or comedians such as John Cleese, Patrick made sure they felt welcome, greeting them warmly and inviting them to his table in the studio dining room for lunch.

7 My own appearance was almost cut short when, after just two episodes, the man who had hired me was sacked. The other producers turned on me. It was frightening. When Patrick saw I was being treated without respect, he was furious. He rode into battle for me like a knight in armour, and insisted that I. was never to go into a meeting without him at my side. He was my protector. 4. I was able to protect him too, when he was going through his horrendous second divorce. It was awful to see him breaking his heart over Kathrine. She was his second wife: he had already been married in the Forties, and had two children that he adored, Jenny and Rupert. Patrick and Kathrine had met on the set she played the girl whose death Steed must avenge, giving the show its name.

8 As the marriage fell apart, he confided in me and gradually came to trust me, as a shoulder to cry on. That relationship was reflected in our characters on screen. You can see it in the way I hug him when I know Steed is safe, and hear it in his voice when Tara is in danger. But one thing I didn't know about him, until I called on him in California one sunny afternoon, was that Patrick was a dedicated nudist. I rang the doorbell with my nine-month-old son in my arms, and burst out laughing in disbelief when my elegant friend answered, wearing nothing but an apron round his waist. He welcomed me into this beautiful house, and lounging around the pool or splashing in the water were all his friends, completely naked. There were husbands, wives, children scampering round, none of them with a stitch on.

9 And it was all completely innocent. Don't think for a moment that this was an orgy, because it was not anything of the kind. This was California, where he had retired in the Eighties with his third wife Baba (who died in 2007). Nothing could be more natural than nudism in the Rancho Mirage sunshine. After a while, I didn't even notice that no one had their clothes on. But here's the contradiction: Patrick was no exhibitionist. He was intensely private, and the only time I ever saw him really regret a decision was after his autobiography, Blind in One Ear, appeared in 1988. He felt he had been too frank, and revealed too much of himself. 5. He preferred people to think of him as the unruffled Steed, despatching villains before jumping in his Bentley with his lady friend and racing off down country lanes.

10 We would park in a field of buttercups and daisies, flip up the bonnet, and while I threw a filet mignon on the engine, Patrick would pop open the champagne. He once called me 'one of the sexiest women alive'. As he used to tell people with a twinkle when we were together, 'Doing a TV series is like being married without the sex!'. Of course, we weren't a married couple. But this was the fantasy world of the Avengers and I will always think of Patrick as one of the most gallant men in my life. 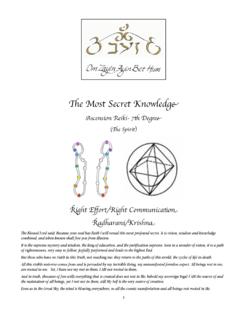 All beings, O Faithful one, enter my lower nature at the end of a world age, at the beginning of a world-age again I emanate them. Thus through my Nature, which I emanate again and again I bring forth all of creation and … 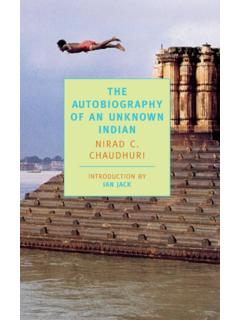 The Autobiography of an Unknown Indian …

NEW YORK REVIEW BOOKS CLASSICS THE AUTOBIOGRAPHY OF AN UNKNOWN INDIAN NIRAD C. CHAUDHURI (1897–1999) was born in the town of Kishorganj in East Bengal in the year of Queen Victoria’s

Indians, Autobiography, The autobiography of an unknown indian, Unknown 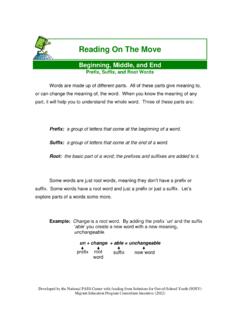 Reading On The Move - osymigrant.org

Reading On The Move: Beginning, Middle, and End 2 Developed by the National PASS Center with funding from Solutions for Out-of-School Youth (SOSY) 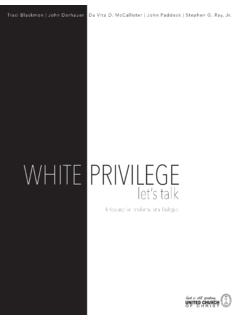 5 part one THE SPIRITUAL AUTOBIOGRAPHY TOLD THROUGH THE LENS OF RACE chapter one I am a white man. I would never have thought to open a reflection on my 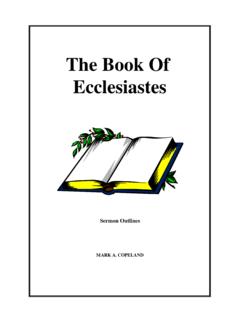 The Book Of Ecclesiastes - Executable Outlines - …

Ecclesiastes Introduction & Prologue (1:1-3) INTRODUCTION 1. The book of Ecclesiastes has long fascinated many people... a. Many feel it is one of must puzzling books in the Old Testament 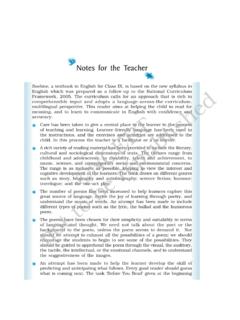 Notes for the Teacher - National Council Of …

Notes for the Teacher Beehive, a textbook in English for Class IX, is based on the new syllabus in English which was prepared as a follow-up to the National Curriculum Framework, 2005. The curriculum calls for an approach that is rich in

Notes, Teacher, Notes for the teacher

Section I Time—25 minutes 24 Questions (1–24) Each of the sentences below is missing one or two portions. Read each sentence. Then select the choice

Most Secret Knowledge, Beginning, Again, THE AUTOBIOGRAPHY OF AN UNKNOWN INDIAN, Reading On The Move, AUTOBIOGRAPHY, The book of Ecclesiastes, Executable Outlines, Notes for the Teacher, Buddhism