Pensions at a Glance 2017 . How does AUSTRALIA compare? Key findings Australia is ageing more slowly than the OECD average. The old age dependency ratio is 25 in 2015 and will be 41 in 2050 compared to the OECD averages of 28 and 53 respectively. Replacement rates in Australia are lower than the OECD average. The net replacement rate for an average wage earner is 43% compared to 63% for the OECD. The earnings test for the Age pension limits flexible retirement after the normal retirement age. Earning more than 14% of the average wage will reduce the Age pension . Combining work and receiving benefits from superannuation funds after the retirement age is unrestricted.

1 Pensions at a Glance 2017 . How does AUSTRALIA compare? Key findings Australia is ageing more slowly than the OECD average. The old age dependency ratio is 25 in 2015 and will be 41 in 2050 compared to the OECD averages of 28 and 53 respectively. Replacement rates in Australia are lower than the OECD average. The net replacement rate for an average wage earner is 43% compared to 63% for the OECD. The earnings test for the Age pension limits flexible retirement after the normal retirement age. Earning more than 14% of the average wage will reduce the Age pension . Combining work and receiving benefits from superannuation funds after the retirement age is unrestricted.

2 Superannuation funds can also be taken as a lump sum which creates additional flexibility. These lump sum withdrawals of superannuation funds are likely to skew income poverty figures which stand out among OECD. Reforms over the last two years in Australia have focused mainly on tax incentives. in Australia have their Age pension benefits reduced by the Overview Ageing is relatively slow but means test. Moreover, the maturing of the superannuation system replacement rates are low (introduced in 1992) is likely to reduce poverty rates. Australia is ageing more slowly than the OECD average. The Retirement income replacement rates in Australia can be a OECD average old-age dependency ratio currently stands at 28 problem.

3 Net replacement rates for average wage earners in and will likely increase to 53 by 2050. However, for Australia Australia are relatively low at 43% compared to 63% for the these numbers are 25 and 41 respectively, mainly because of the OECD on average. The old age income poverty rate in Australia high rate of immigration of young adults. This gives Australia is high at 26% compared to 13% across the OECD in 2015. This more time to take measures to limit the effect of ageing on the is partly related to the high prevalence of taking superannuation Pensions system. funds as lump sums rather than annuities at retirement, which Given the relatively limited involvement of the government in obscures the comparison of relative income poverty measures Pensions and the slower ageing process, public spending on between age groups and between countries.

4 While taking out Pensions is low and expected to remain low. Public expenditure lump sums create flexibility in retirement it can also increase the on Pensions is currently 4% and will be 4% in the 2050s versus risk of falling into poverty in case retirees outlive their assets, a 9% and 10% for the OECD. Financial sustainability of the pension risk which increases with higher longevity. However, it should be system therefore seems to be less of a concern in Australia than noted that poverty depth (the ratio by which the mean income of in many other OECD countries. Three-quarters of the older the poor falls below the poverty line) in Australia is relatively low.

5 Population (65+) receives an Age pension (safety net) compared This is largely due to the Age pension , which provides a floor for to roughly a quarter on average for OECD countries with safety Pensions , below but close to half the average wage (the OECD. net or minimum Pensions . However, almost 42% of all recipients relative poverty line). Australia is ageing more slowly than the OECD on average Australia has low projected replacement rates Old age dependency ratio, number of people older than 65. Gross and net pension replacement rate of average wage earner years per 100 people of 20-64. Source: [Figure ]. Source: [Table ]. In recent years Australia took measures to improve old age meaning that employees cannot simply be fired when reaching income adequacy.

6 A Low Income Superannuation Tax Offset the retirement age. was introduced for individuals with adjusted taxable annual Longer lives, the increasing diversity of work trajectories and incomes up to AUD 37 000. In addition, Australia reformed the the growing desire for more autonomy in the retirement decision asset test for the Age pension , increasing the threshold amount are motivating calls for rules that allow individuals to decide of assets before Pensions are affected but simultaneously when and how to retire. In Australia, there is no restriction to increasing the rate at which payments are reduced once this combining work and pension receipt of the superannuation threshold is exceeded.

7 Pensioners close to the threshold are component after the normal retirement age. In addition therefore likely to see their Pensions improved but those with superannuation funds can be taken as a lump sum which adds more assets might see their Pensions drop. At the same time flexibility. However, a benefit reduction is likely when someone Australia lowered the annual contribution ceiling to is eligible to the means-tested Age pension . Although a small superannuation. This could potentially limit the amount that is amount of earnings are exempted from the income test in the saved in superannuation funds. However, Australia has also calculation of the Age pension , earnings exceeding 14% of the increased the flexibility in making before-tax contributions, average wage result in a pension reduction, if there is no allowing individuals with limited superannuation balances to income from other sources.

8 This is likely to discourage those carry-forward any unused cap for 5 years. who are eligible for an Age pension to work longer. In Australia Australia has been very active in adjusting tax incentives. It the effect of deferring Pensions and continuing to work for a full- established a cap (AUD million) on the amount of career worker is close to 8%, which is similar for other countries superannuation funds of which returns will not be taxed during with defined contribution schemes (funded or not), like Chile, the retirement phase, it lowered the annual income threshold at Italy, Latvia and Mexico. which individuals pay an additional 15% contribution tax and it The introduction of the Transition-To-Retirement Income extended retirement phase tax exemptions to new retirement Stream (TRIS) made it possible to gradually reduce working income stream products.

10 However, (preservation age) was 55 in 2015 but is increasing gradually to this exemption was removed from July 2017 onward, earnings reach 60 in 2024. In addition, contrary to many other OECD from assets under the TRIS scheme are taxed at 15%. This will countries, Australia does not allow for mandatory retirement, reduce the attractiveness of taking this option. The retirement age is rising Incentives to work longer around the OECD average Current and future retirement age Average annual impact of working longer and deferring Pensions Source: [Figure ]. Source: [Figure ]. Contacts: Boele Bonthuis (+33 1 85 55 45 08; Andrew Reilly (+33 1 45 24 82 04.)) 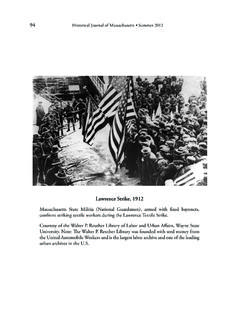