3 We delivered these results in the midst of a dynamic retail environment and rapidly shifting consumer landscape, said Chairman and CEO Indra Nooyi. 1. Please refer to the Glossary for the definitions of non-GAAP financial measures including Organic, Core, Constant Currency, . Free Cash Flow (excluding certain items) and Division Operating Profit. Please refer to 2018 Guidance and outlook for additional information regarding PepsiCo 's Full-Year 2018 growth objectives and targets. PepsiCo provides guidance on a non-GAAP basis as the Company cannot predict certain elements which are included in reported GAAP results , including the impact of foreign exchange and commodity mark-to-market adjustments.

4 1. The provisions of recently enacted tax legislation are expected to result in lower income taxes in 2018 for our operations in the United States, our largest market. We expect the benefits of the TCJ Act will enable us to further strengthen our business by enhancing the skills of our front line associates to ready them for the future; adding new digital and ecommerce capabilities to become more competitive; accelerating capital investments to add manufacturing capacity and make our operations more efficient; and enhancing cash returns to our shareholders over time. As a reflection of our confidence in the growth prospects for our business, we expect to deliver 9.

7 Core constant currency division operating profit (a non-GAAP measure) increased by 5. percent. Organic revenue, core constant currency and division operating profit results are non-GAAP financial measures. Please refer to the reconciliation of GAAP and non-GAAP information in the attached exhibits and to the Glossary for definitions of Organic, . Core, Constant Currency and Division Operating Profit.. 3. Summary of Fourth Quarter financial Performance: Reported Fourth Quarter 2017 and 2016 results were impacted by: A provisional net tax expense of $ billion associated with the enactment of the TCJ.

8 Act in the Fourth Quarter of 2017 . Included in the net tax expense is a provisional mandatory one-time transition tax of approximately $ billion on undistributed international earnings, partially offset by a provisional benefit of $ billion resulting from the required remeasurement of our deferred tax assets and liabilities to the new, lower corporate income tax rate;. Restructuring charges of $226 million which include an expansion and extension of the multi-year productivity plan we publicly announced in 2014, compared to $54 million in the prior-year period;. Commodity mark-to-market impacts.

9 A 2016 charge resulting from the redemption of certain senior notes in accordance with the make-whole redemption provisions (debt redemption charge);. A 2016 pension-related settlement charge; and A 53rd reporting week and the reinvestment of the corresponding operating profit benefit in certain productivity and growth initiatives (incremental investments) in 2016. See A-6 to A-8 for further details on the above items. Reported net revenue was even with the prior year. Organic revenue, which excludes the impacts of foreign exchange translation, structural changes and the 53rd reporting week in the prior year, grew percent. 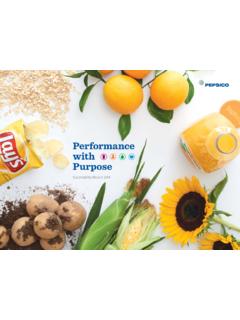 Stakeholder Engagement PepsiCo regularly engages on key issues with stakeholders who represent the interests of our consumers, customers, communities, employees, suppliers and investors. 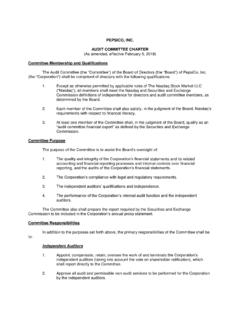 PEPSICO, INC. AUDIT COMMITTEE CHARTER (As amended, effective February 5, 2018) Committee Membership and Qualifications The Audit Committee (the “Committee”) of the Board of Directors (the “Board”) of PepsiCo, Inc. 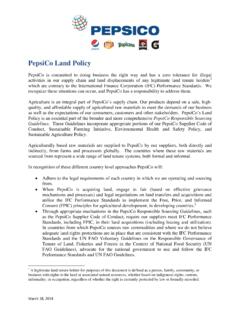 March 18, 2014 . PepsiCo Land Policy . PepsiCo is committed to doing business the right way and has a zero tolerance for illegal activities in our supply chain and land displacements of any legitimate land tenure 1 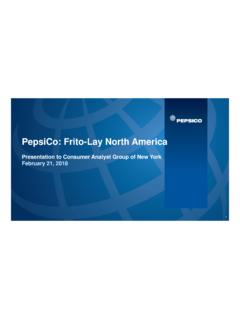 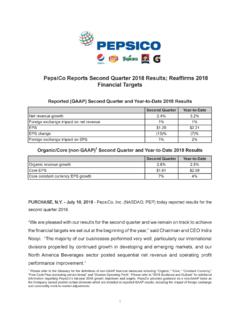 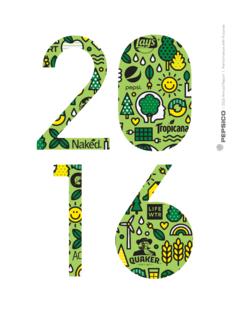 Illustration by: Craig & Karl, designers of one of the ...

Clockwise: We launched a global campaign behind our UEFA Champions League partnership, involving our iconic brands Pepsi and Lay’s; Gatorade introduced the “Future of Sports Fuel,” showcasing breakthrough innovation that promises to change the way 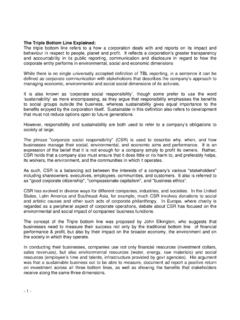 - 2 - Basically, triple bottom line (TBL) reporting is meant to capture, describe and measure the impact of the organisation’s activities on the world. 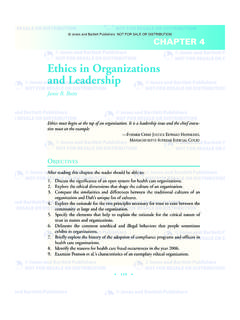 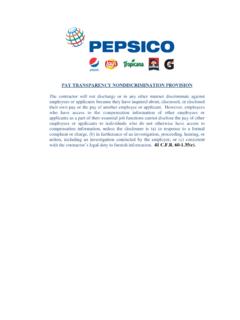 PAY TRANSPARENCY NONDISCRIMINATION PROVISION . The contractor will not discharge or in any other manner discriminate against employees or applicants because they have inquired about, discussed, or disclosed