Performative Acts and Gender Constitution: An Essay in ...

Performative acts and Gender constitution : An Essay in Phenomenology and Feminist Theory Judith Butler Theatre Journal, Vol. 40, No. 4. (Dec., 1988), pp. 519-531. Stable URL: Theatre Journal is currently published by The Johns Hopkins University Press. Your use of the JSTOR archive indicates your acceptance of JSTOR's Terms and Conditions of Use, available at JSTOR's Terms and Conditions of Use provides, in part, that unless you have obtained prior permission, you may not download an entire issue of a journal or multiple copies of articles, and you may use content in the JSTOR archive only for your personal, non-commercial use. Please contact the publisher regarding any further use of this work. Publisher contact information may be obtained at Each copy of any part of a JSTOR transmission must contain the same copyright notice that appears on the screen or printed page of such transmission.

1 Performative acts and Gender constitution : An Essay in Phenomenology and Feminist Theory Judith Butler Theatre Journal, Vol. 40, No. 4. (Dec., 1988), pp. 519-531. Stable URL: Theatre Journal is currently published by The Johns Hopkins University Press. Your use of the JSTOR archive indicates your acceptance of JSTOR's Terms and Conditions of Use, available at JSTOR's Terms and Conditions of Use provides, in part, that unless you have obtained prior permission, you may not download an entire issue of a journal or multiple copies of articles, and you may use content in the JSTOR archive only for your personal, non-commercial use. Please contact the publisher regarding any further use of this work. Publisher contact information may be obtained at Each copy of any part of a JSTOR transmission must contain the same copyright notice that appears on the screen or printed page of such transmission.

2 The JSTOR Archive is a trusted digital repository providing for long-term preservation and access to leading academic journals and scholarly literature from around the world. The Archive is supported by libraries, scholarly societies, publishers, and foundations. It is an initiative of JSTOR, a not-for-profit organization with a mission to help the scholarly community take advantage of advances in technology. For more information regarding JSTOR, please contact Fri Oct 19 11:51:55 2007. Performative acts and Gender constitution : An Essay in Phenomenology and Feminist Theory Judith Butler Philosophers rarely think about acting in the theatrical sense, but they do have a discourse of ' acts ' that maintains associative semantic meanings with theories of performance and acting.

3 For example, John Searle's 'speech acts ,' those verbal as- surances and promises which seem not only to refer to a speaking relationship, but to constitute a moral bond between speakers, illustrate one of the illocutionary ges- tures that constitutes the stage of the analytic philosophy of language. Further, 'action theory,' a domain of moral philosophy, seeks to understand what it is 'to do' prior to any claim of what one ought to do. Finally, the phenomenological theory of ' acts ,'. espoused by Edmund Husserl, Maurice Merleau-Ponty and George Herbert Mead, among others, seeks to explain the mundane way in which social agents constitute social reality through language, gesture, and all manner of symbolic social sign. Though phenomenology sometimes appears to assume the existence of a choosing and constituting agent prior to language (who poses as the sole source of its con- stituting acts ), there is also a more radical use of the doctrine of constitution that takes the social agent as an object rather than the subject of constitutive acts .

4 When Simone de Beauvoir claims, "one is not born, but, rather, becomes a woman,". she is appropriating and reinterpreting this doctrine of constituting acts from the phenomenological tradition.' In this sense, Gender is in no way a stable identity or locus of agency from which various acts proceede; rather, it is an identity tenuously constituted in time-an identity instituted through a stylized repetition of acts . Further, Gender is instituted through the stylization of the body and, hence, must be under- stood as the mundane way in which bodily gestures, movements, and enactments of various kinds constitute the illusion of an abiding gendered self. This formulation Judith Butler is an Assistant Professor of Philosophy at George Washington University.

5 She is the author of Subjects of Desire: Hegelian Reflection in Twentieth-Century France. She has published articles in post-structuralist and Gender t h e o ~ . 'For a further discussion of Beauvoir's feminist contribution to phenomenological theory, see my "Variations on Sex and Gender : Beauvoir's The Second Sex," Yale French Studies 172 (1986). 519. 520 / Judith Butler moves the conception of Gender off the ground of a substantial model of identity to one that requires a conception of a constituted social temporality. Significantly, if Gender is instituted through acts which are internally discontinuous, then the appearance of substance is precisely that, a constructed identity, a Performative accomplishment which the mundane social audience, including the actors themselves, come to believe and to perform in the mode of belief.

6 If the ground of Gender identity is the stylized repetition of acts through time, and not a seemingly seamless identity, then the possibilities of Gender transformation are to be found in the arbitrary relation between such acts , in the possibility of a different sort of repeating, in the breaking or sub- versive repetition of that style. Through the conception of Gender acts sketched above, I will try to show some ways in which reified and naturalized conceptions of Gender might be understood as constituted and, hence, capable of being constituted differently. In opposition to theatrical or phenomenological models which take the gendered self to be prior to its acts , I will understand constituting acts not only as constituting the identity of the actor, but as constituting that identity as a compelling illusion, an object of belief.

7 In the course of making my argument, I will draw from theatrical, anthropological, and philosophical discourses, but mainly phenomenology, to show that what is called Gender identity is a Performative accomplishment compelled by social sanction and taboo. In its very character as Performative resides the possibility of contesting its reified status. I. SexIGender: Feminist and Phenomenological Views Feminist theory has often been critical of naturalistic explanations of sex and sex- uality that assume that the meaning of women's social existence can be derived from some fact of their physiology. In distinguishing sex from Gender , feminist theorists have disputed causal explanations that assume that sex dictates or necessitates certain social meanings for women's experience.

8 Phenomenological theories of human em- bodiment have also been concerned to distinguish between the various physiological and biological causalities that structure bodily existence and the meanings that em- bodied existence assumes in the context of lived experience. In Merleau-Ponty's reflections in The Phenomenology of Perception on "the body in its sexual being," he takes issue with such accounts of bodily experience and claims that the body is "an historical idea" rather than "a natural specie^."^ Significantly, it is this claim that Simone de Beauvoir cites in The Second Sex when she sets the stage for her claim that "woman," and by extension, any Gender , is an historical situation rather than a natural fact.". In both contexts, the existence and facticity of the material or natural dimensions of the body are not denied, but reconceived as distinct from the process by which the body comes to bear cultural meanings.

9 For both Beauvoir and Merleau-Ponty, ZMauriceMerleau-Ponty, "The Body in its Sexual Being," in The Phenomenology of Perception, trans. Colin Smith (Boston: Routledge and Kegan Paul, 1962). 3 Simone de Beauvoir, The Second Sex, trans. H . M. Parshley (New York: Vintage, 1974), 38. PERFORMANCE acts AND Gender constitution 1 521. the body is understood to be an active process of embodying certain cultural and historical possibilities, a complicated process of appropriation which any phenom- enological theory of embodiment needs to describe. In order to describe the gendered body, a phenomenological theory of constitution requires an expansion of the con- ventional view of acts to mean both that which constitutes meaning and that through which meaning is performed or enacted.

10 In other words, the acts by which Gender is constituted bear similarities to Performative acts within theatrical contexts. My task, then, is to examine in what ways Gender is constructed through specific corporeal acts , and what possibilities exist for the cultural transformation of Gender through such acts . Merleau-Ponty maintains not only that the body is an historical idea but a set of possibilities to be continually realized. In claiming that the body is an historical idea, Merleau-Ponty means that it gains its meaning through a concrete and historically mediated expression in the world. That the body is a set of possibilities signifies (a). that its appearance in the world, for perception, is not predetermined by some manner of interior essence, and (b) that its concrete expression in the world must be un- derstood as the taking up and rendering specific of a set of historical possibilities. 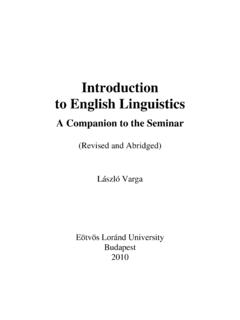 3 Preface The seminar called Introduction to English Linguistics is offered in English to first year students in weekly sessions. Since for most students this seminar is the only place where the topics of the course are discussed in English, teachers 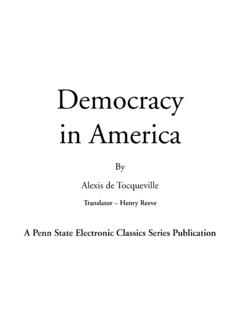 4 Democracy in America was based. If they were true principles, as they were, the gov-ernment founded upon them was destined to a life and an influence that would continue while the liberties it was in- 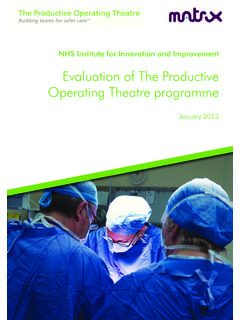 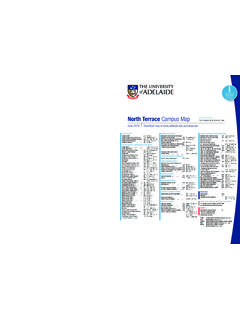